Demo Download, Update Notes - After some delay the game is now available for download. It contains the first two bosses and the basic game structure.

The download contains the full game at its current progress. In order to play it, you need the OpenAL-libraries first, included in the download as oalinst.exe or available at the official site. 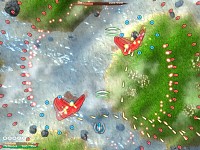 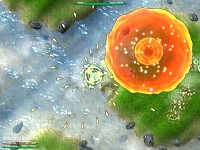 Remember, that this game is still under development and may not work properly on your computer, but it requires no installation. If you have any problems, feel free to contact me.

Many features are still missing like score, statistics or better game feedback (e.g. notification, small help arrows) and of course the other missions/bosses. I will try to add the 3. boss and some other features from the list next week.