This week, we added a new map and added some much-needed polish to transitions and camera movement. 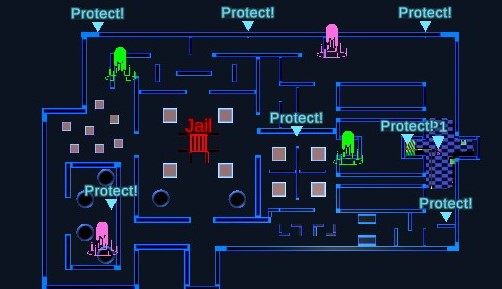 Our primary goal with the new map is to learn what aspects players like/dislike compared to the old one. If we can get a better feeling for which map elements lead to interesting gameplay, we can improve our map design for the showcase.

Based on feedback we've gotten, the attackers often felt like they didn't know when the defender was near them until it was too late. We made it so the attacker's screen gets a red vignette when the defender is close. It won't necessarily give them an advantage or chance to escape, but it should add some tension. 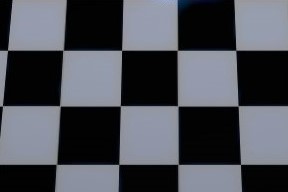 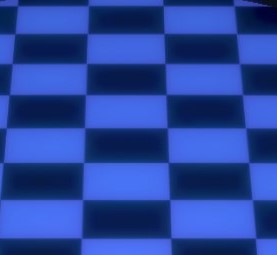 We had a lot of complaints that the black/white texture was too hard on the eyes since our text was also black and white. We made the floor texture blue/dark-blue to mitigate this. 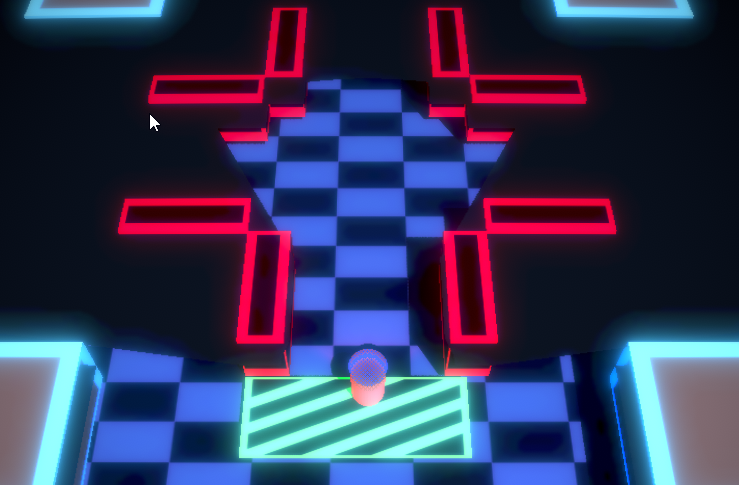 The old jail looked just like the standard walls, and there was on indication of where the "gate" was to release a player. Now, the jail is bright red and the zones are clearly marked. Hopefully this will make it more obvious to players where they need to go to free someone.

In order to make the start of the game more juicy, we have the screen fade in from black and the cameras move in to view the players. As this happens, a timer shows up which counts down 3 seconds until the game starts. This way, all players are on the same page and have a moment to get their bearings before the game starts.

In playtesting, players were often confused where they needed to go. The area is dark and their field of view is small, so this made sense. Instead of telling people where to go, we implemented wires on the ground that guide them to computers that haven't been hacked. Both the attacker and defender can see these wires because both of them were having trouble figuring out where they needed to go.

Also, the green interact-able zones make it obvious what the player can interact with. Playtesters would sometimes walk right past a computer because it was in the shadows.

As we draw nearer to the end of this project, we aren't planning on adding any major mechanics. In the two remaining weeks, we plan to focus on improving guidance, balancing the gameplay, and improving the aesthetics. For guidance, we want the tutorial to do a better job of telling players what their goal is. For aesthetics, we are going to make 3D character models. Balance will be heavily influenced by our remaining playtest sessions. We want to hold off on directly nerfing movement speed or field of view any further, and hope to approach balance mostly through map design.