Posted by trimatrainteractive on Apr 1st, 2020

Another month, another devlog. But, today, we are proud to announce that we will be releasing a closed access Alpha demo of the game, since we know half of the world is currently being Quarantined and desperate to do something , more info in the details below. But that’s not all. Today we’re going to talk about further progress we have made in the past few weeks from all sides, so let’s begin!

First, let's talk about what you can expect to see inside the first alpha demo:

We don’t want to spill too many spoilers, but here’s a bit of context.

“ Everyone in the Afterlife hunts me and wants me dead (again), The Pantheon demands my soul to be kept in eternal imprisonment. I think I deserved it, I was a devout follower of a dark cult back on Earth, I was a bandit, I was a vile creature indeed. But, the Pantheons, and the whole Olympus, looks different. They look vile, filled with anger, and the stench of their body smells like a rotten corpse. The City of Olympus looks dangerous and threatening. It doesn’t look that different from the Tartarus, Malaka! even here in Tartarus it looks so much better. There might be something gravely wrong within the heart of Olympus. I cannot forget the twisted face of Zeus, mixed with fear and anger when banishing me to this cursed prisons, I need to get out from here and find out ...” Main player speaking to thyself. 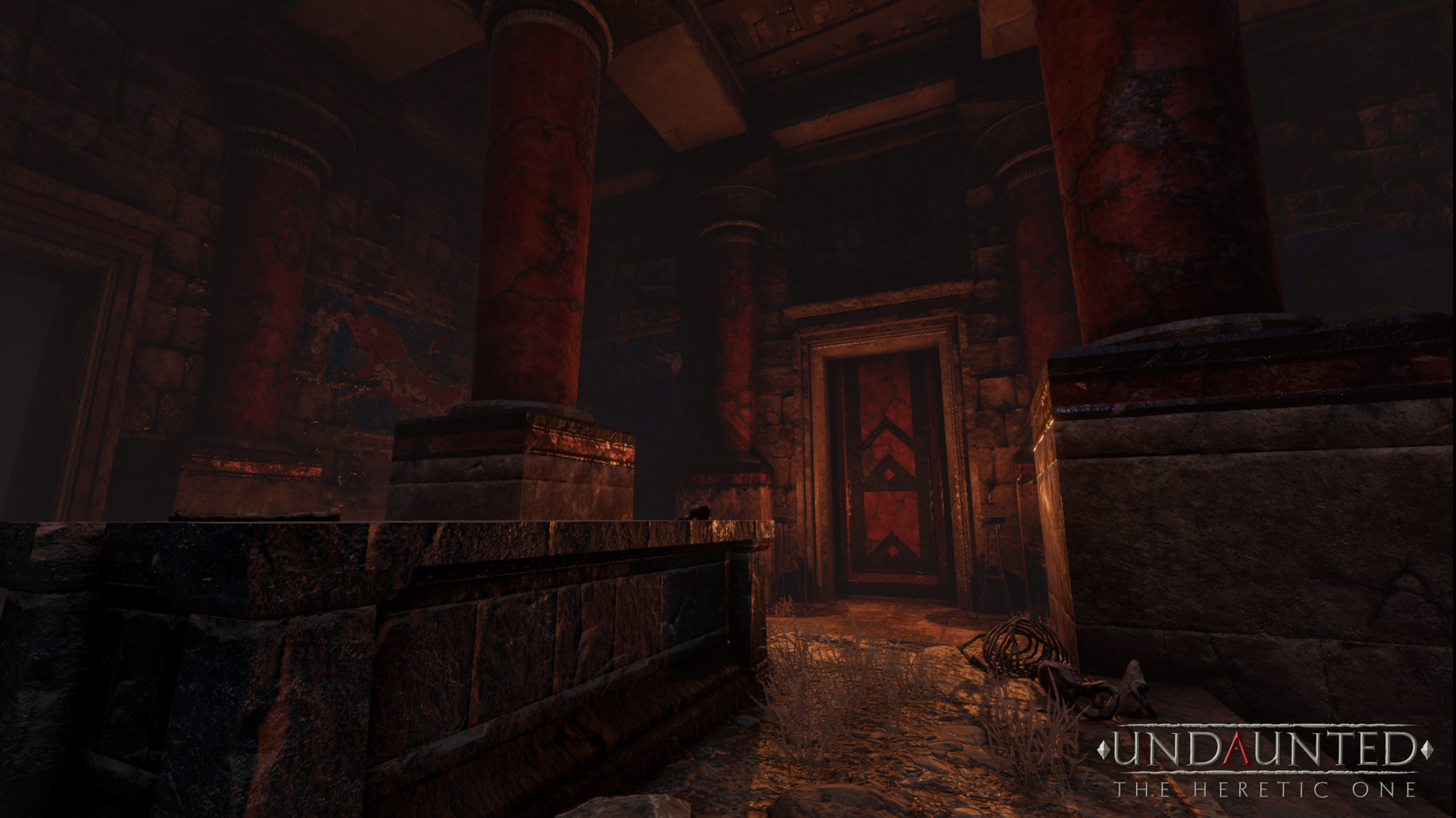 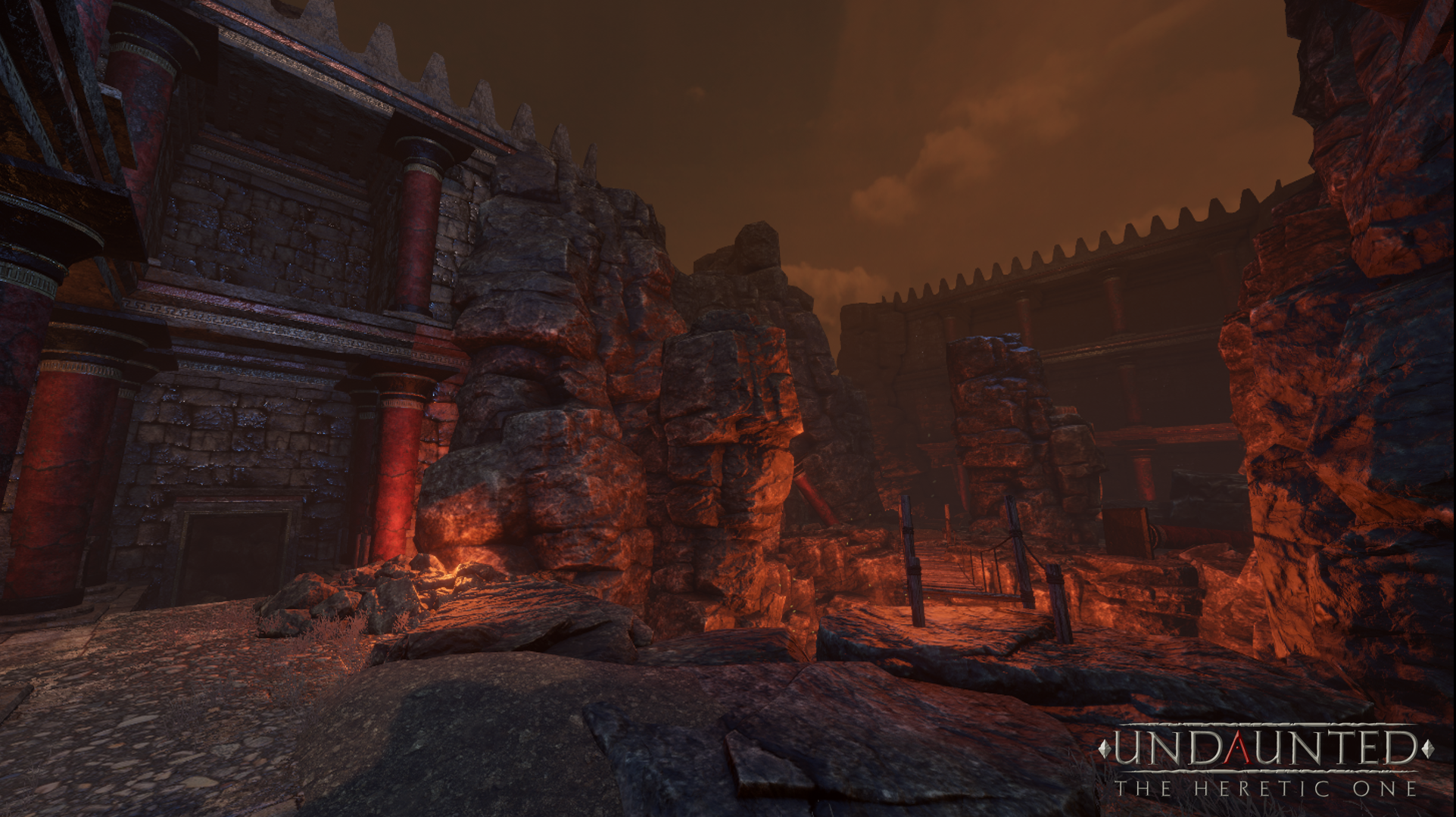 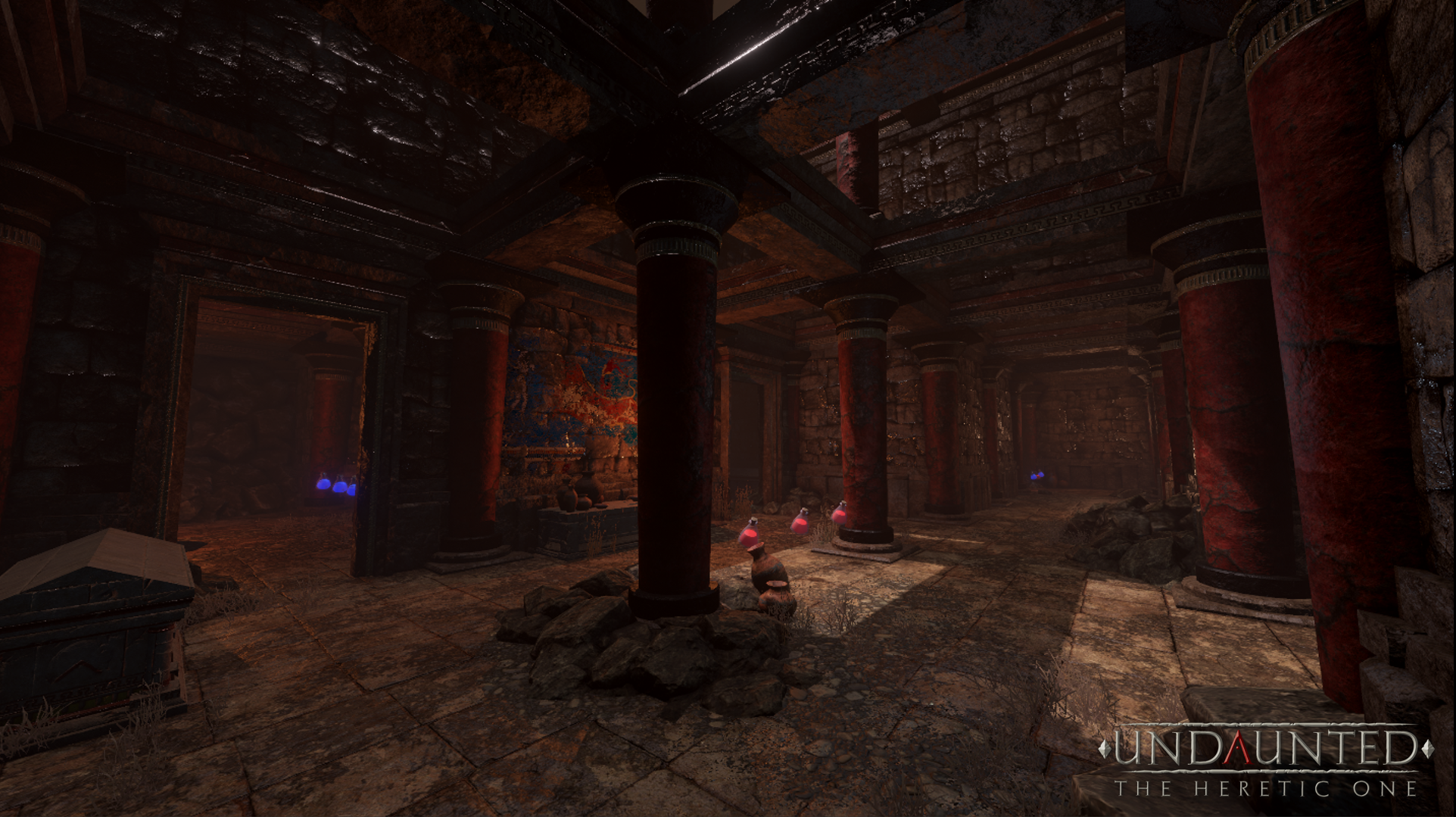 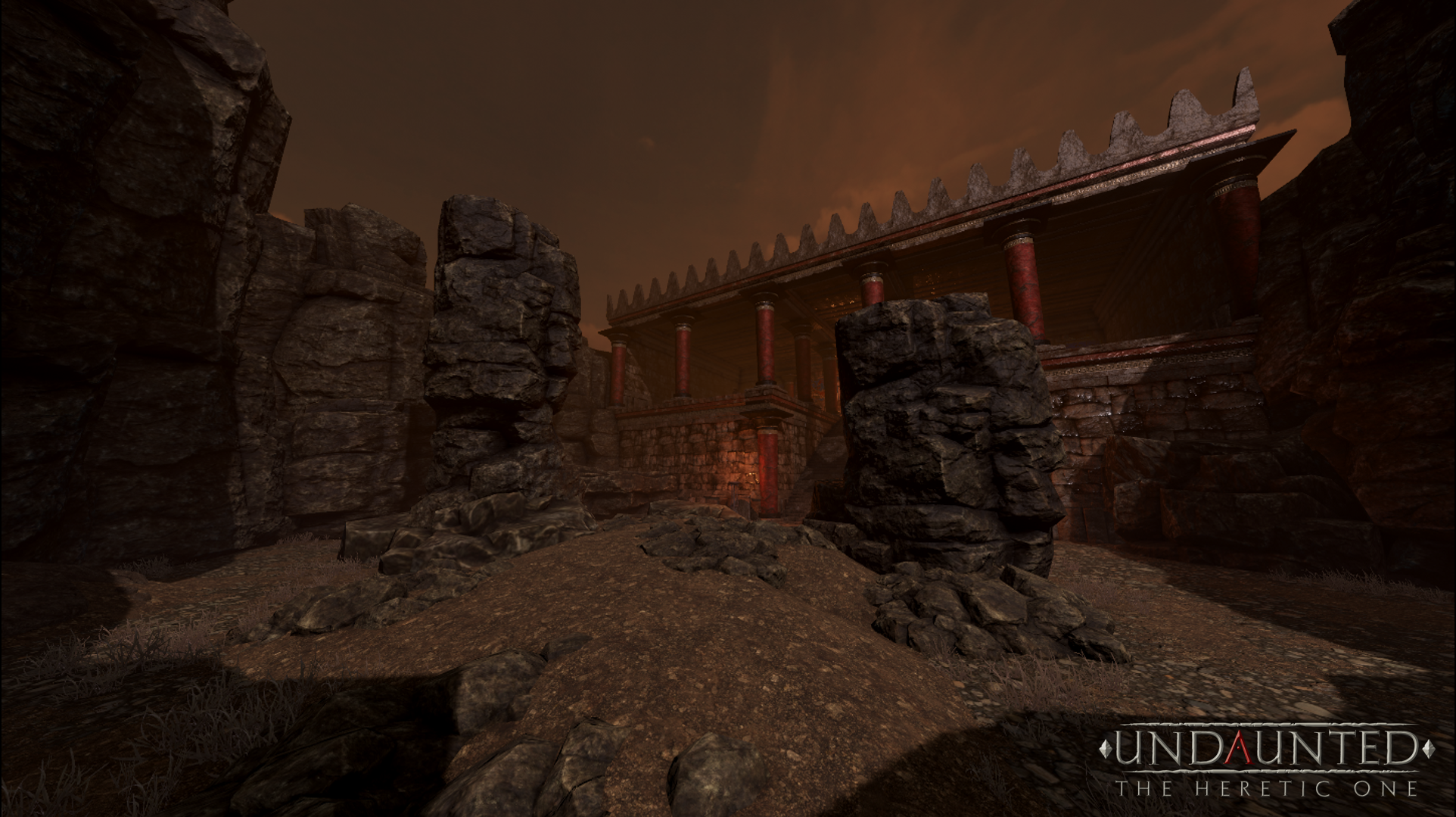 We were not quite happy with the look of our first dungeons that you can see in the past devlog, so we brought it back to the concepting board and came up with a new design with improved quality, textures, fidelity and performance. As you can see from images aboce, the design follows a more authentic fantasy dungeon with a dark atmosphere and a high-quality lighting system. We also have added a lot more module kit for our procedural system to generate so that it will be less repetitive.

We know everyone loves Hexen and the forgotten Heretic from Raven Software, so we decided to bring the same magic gameplay experiences offered in both retro games with modern renditions. Indeed, the Classic DOOM-esque spellcasting system returns in Undaunted. You will start with a puny makeshift staff and a rusty trusted blade to hack your enemies down while you’re out of Mana, but don’t worry, those nasty creatures will drop mana and potions for your convenience. You could also now dash to dodge enemy projectiles and outmaneuver many creatures.

Fighting only skeletons is boring, that’s why you can expect to encounter beasts and demon-creatures called Hellspawn, imported straight from the depth of Tartarus to give you nightmares. From an agile imp that throws fiery balls to a Scorpion Demon that will cut you to pieces.

We also added some arsenals to the alpha that could aid you to overcome the nasty creatures that tries to kill you, have a look at one of them ! 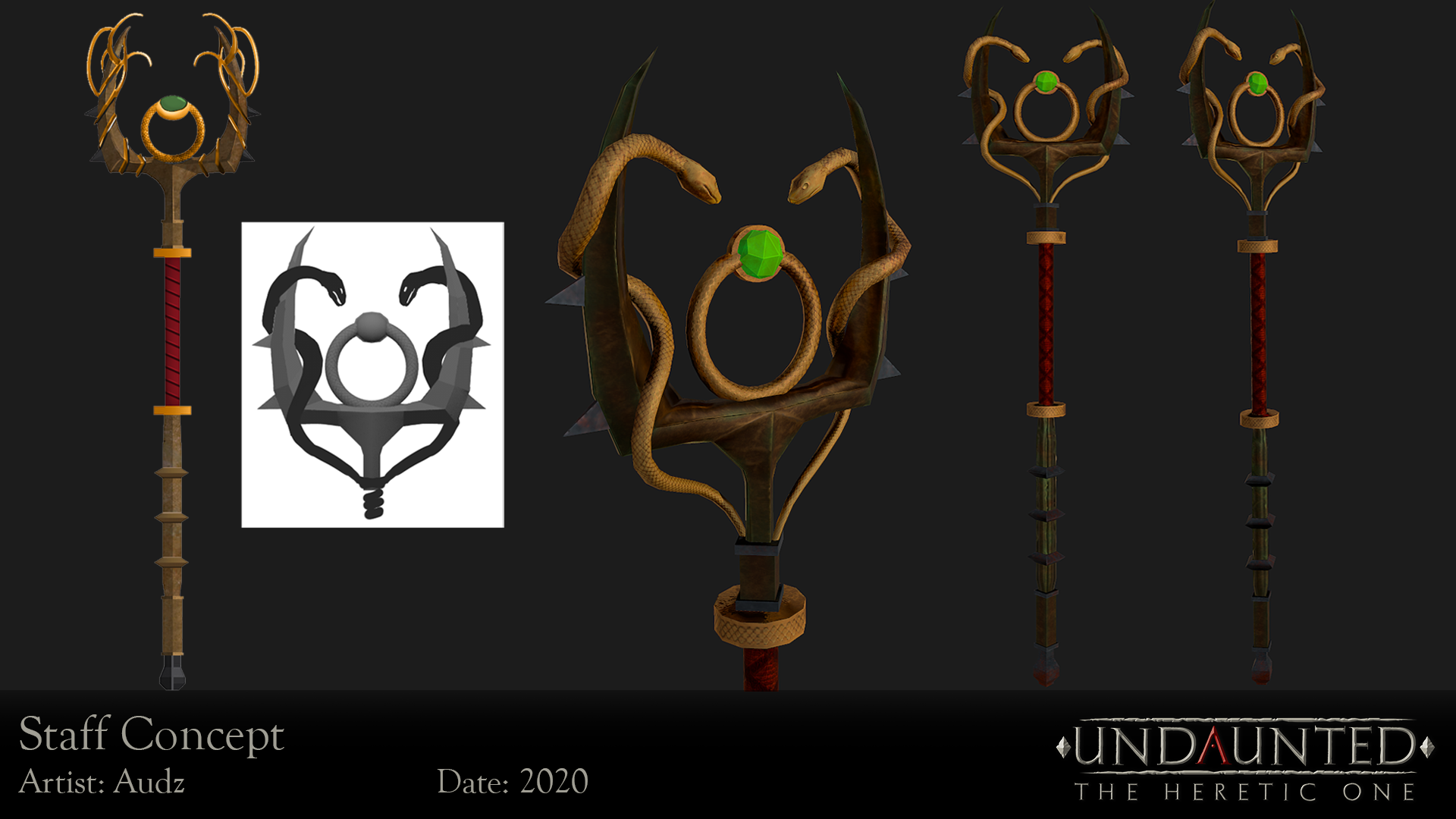 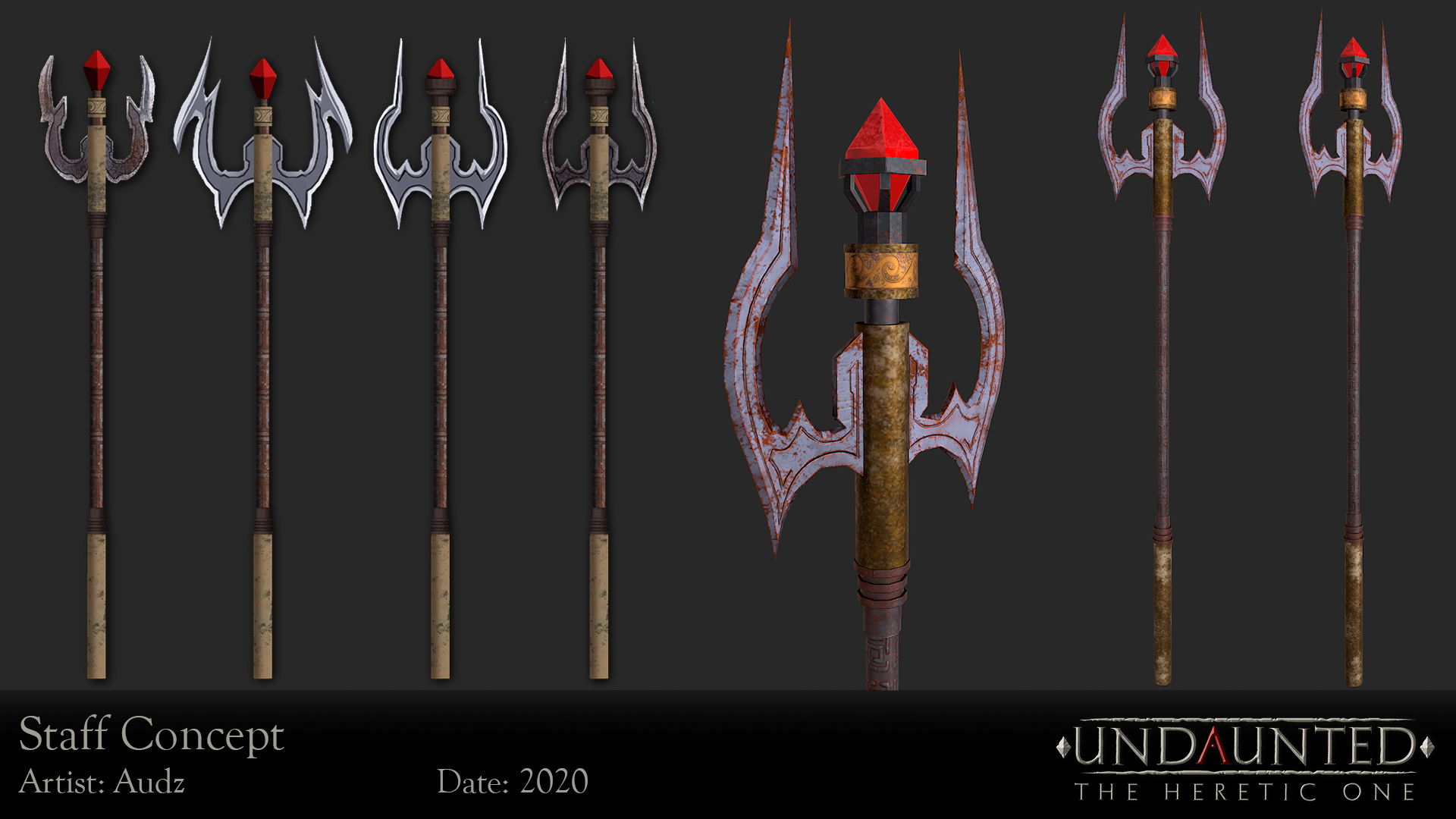 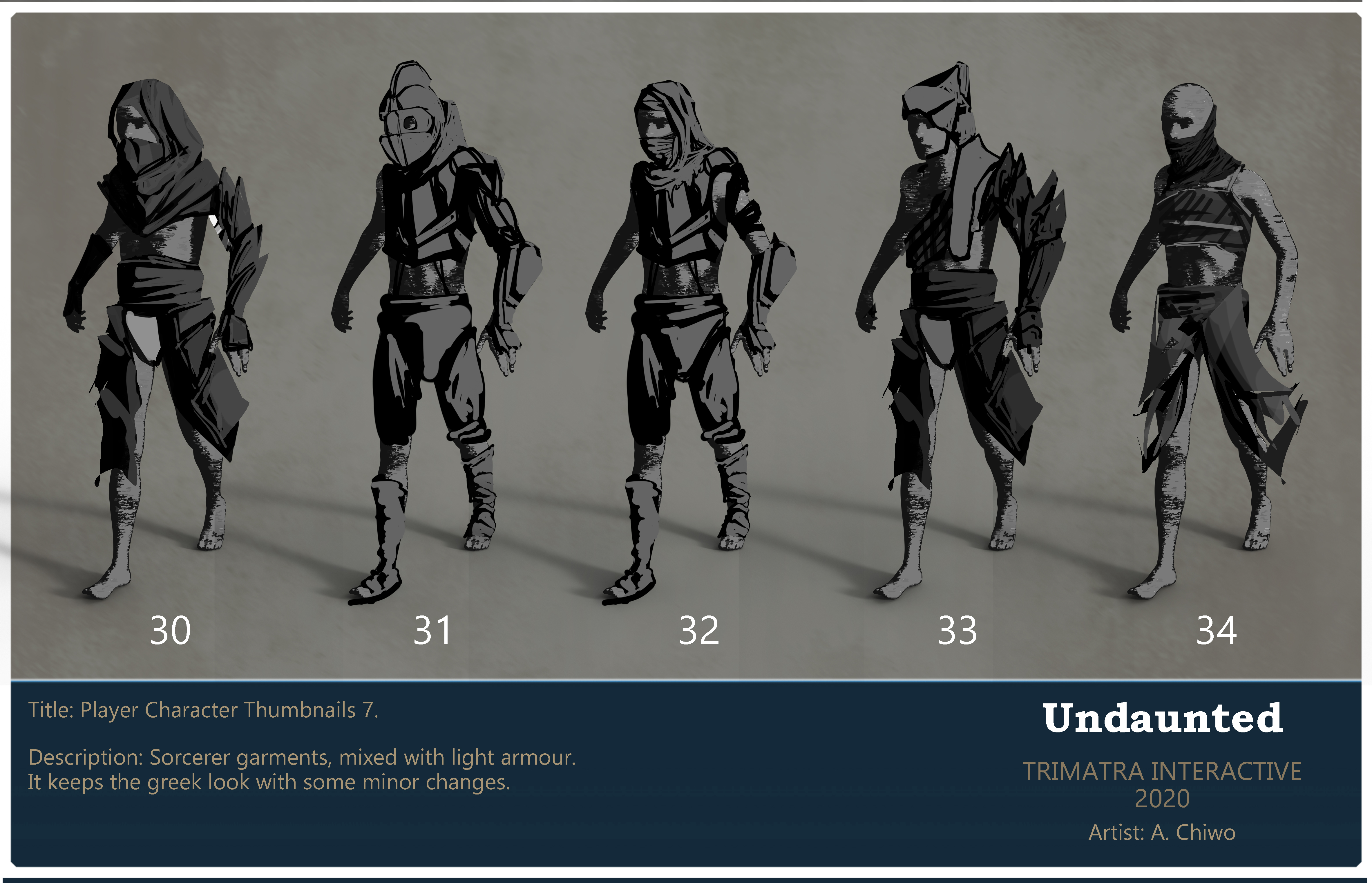 When you are born, you don’t get to choose what you look like and what life-skills you will be gifted with, right ? In Undaunted, you don’t get to choose either, since we would feel sorry if you spent thirty minutes creating the character of your dreams, just to be killed moments later. To ease the pain, you will start with random gifted stats, this will force you to adjust your playstyle every time you are resurrected. You could be a nimble swift mage with low mana pool or a tanky- high health mage with with low mana that you will need to adapt to.

Bad habits die hard, they say. In the past life, you were a cultist which happens to be a bandit that plundered for gold and glory. And now, you are trapped deep inside Tartarus, filled with both vile creatures ready to crush you and tempting treasure for the taking. You could loot various precious objects scattered around the Labyrinth, being a Palace full of Gold and treasures before it sank deep beneath Tartarus. Looted objects will count as gold, which can be used to purchase staffs, consumables, and other useful things in the Wishing Well of Tartarus. ( Purchase feature might not be available in the Alpha Demo ).

Besides gold, you can also find staffs scattered in Altar vaults scattered throughout the dungeon, left behind by the Ancients. However, you will only have limited weapon slots so you'll need to think hard before you loot something. This decision will not only impact play style and character build, but also avoid players hoarding unneeded weapons, since you will drop them all when you die eventually.

Below is a sample of one from many tracks currently being composed by our talented composer Carl Swenson Music !

First, we gather and evaluate feedback from the Closed Alpha players and improve based on the suggestions and critics, contact Publishers and Investors for partnerships or start an Indiegogo Campaign so it can be made as a fully-fledged release. But while doing that, we will not stop creating. Below are contents that will be added into the game.

We are planning to add more custom and thoroughly designed enemies, as you can see in various concepts below. 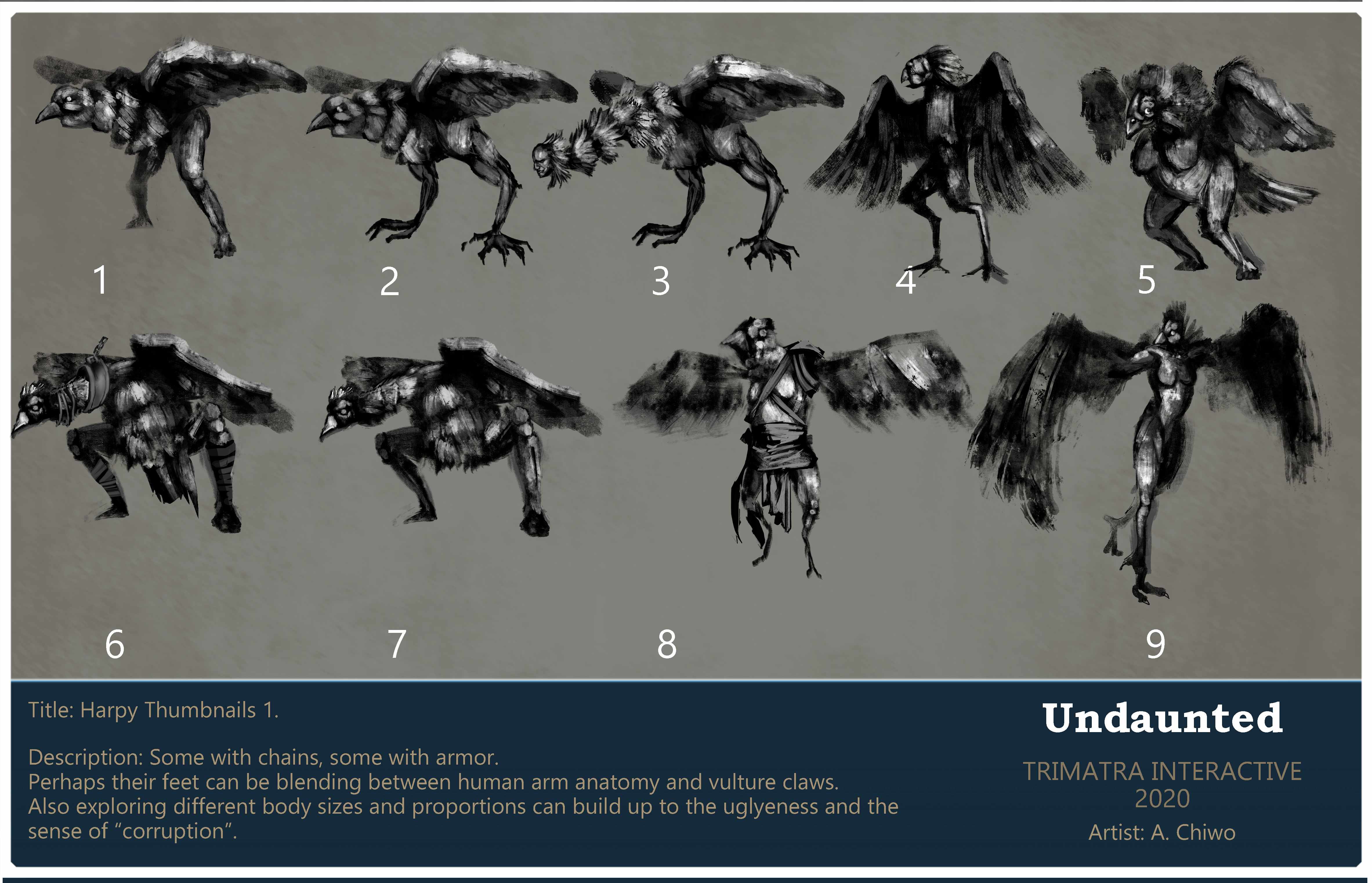 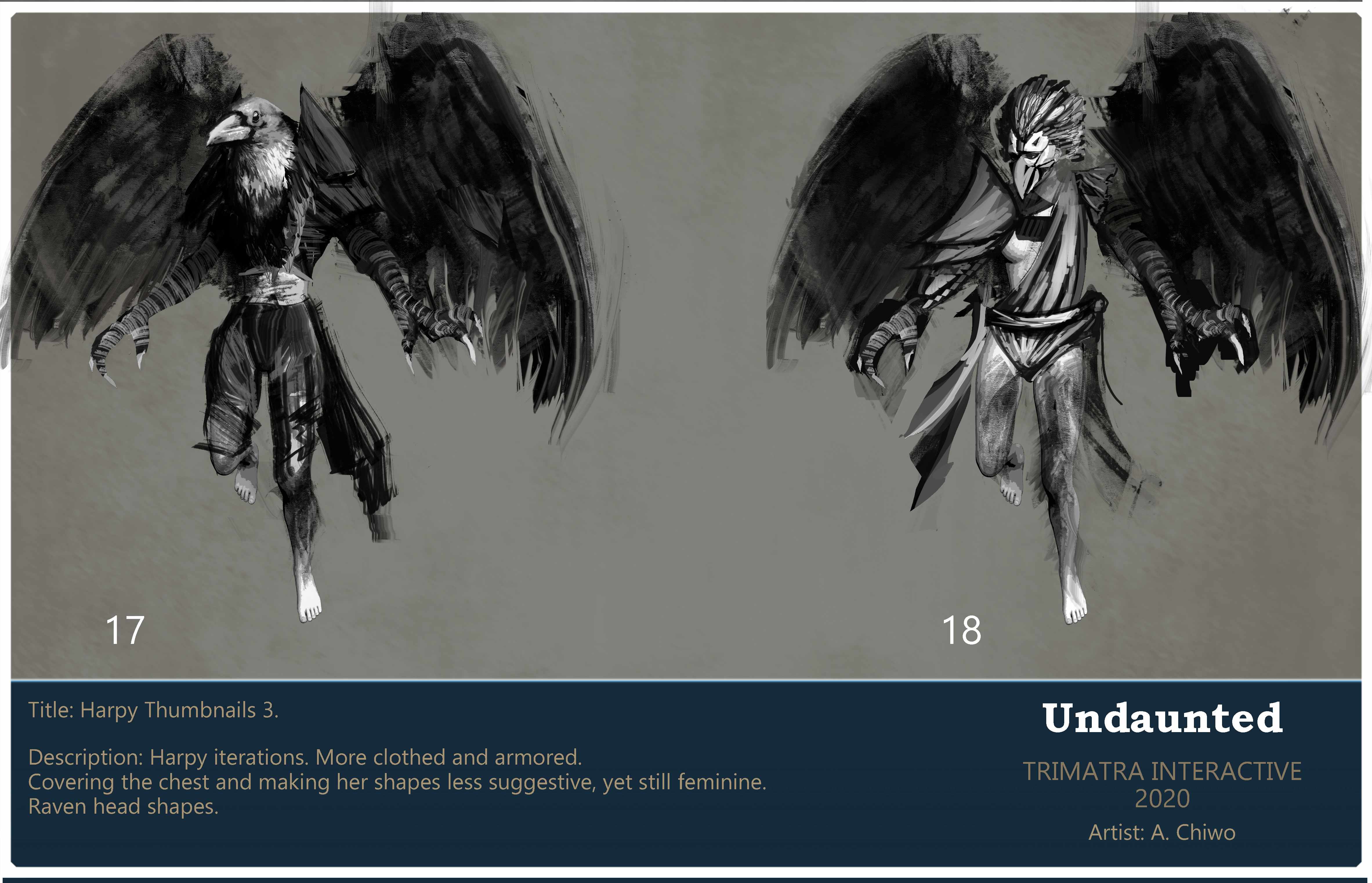 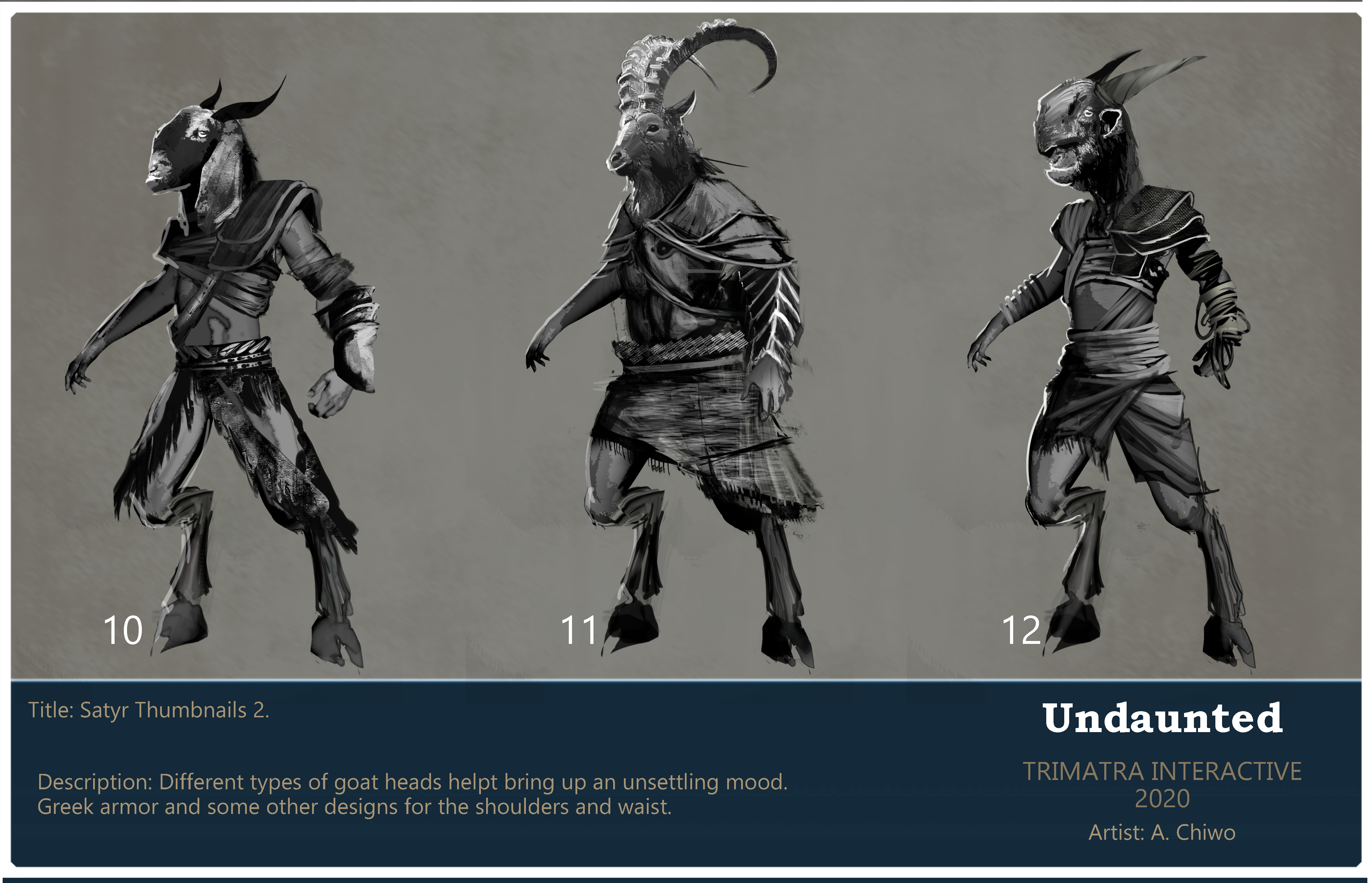 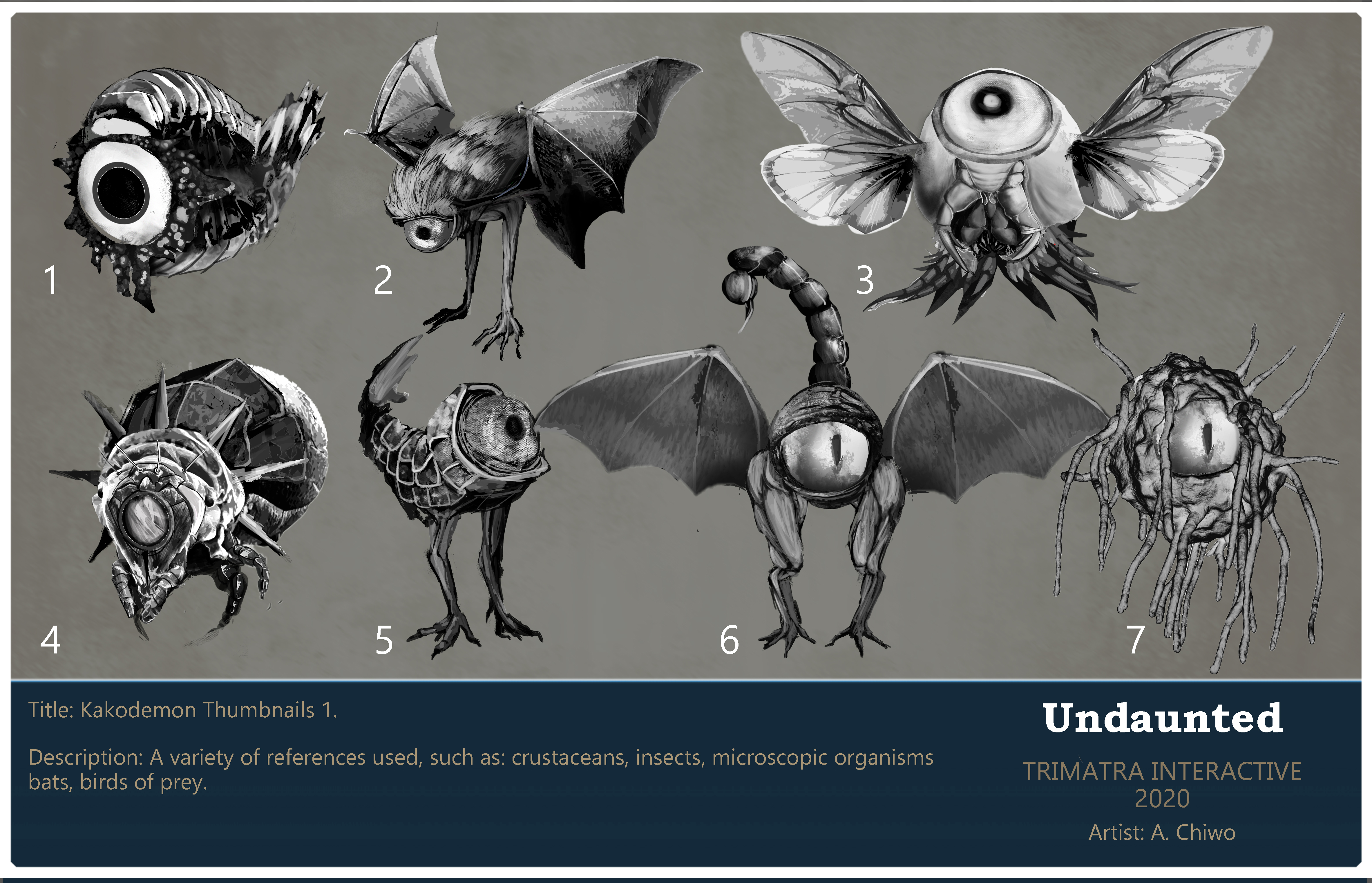 Also, weapons. Admit it. There are never enough weapons to fulfill the players lust for a more vast arsenal, so we are planning to add many more unique weapons and staffs. It is heartbreaking to have to drop weapons and staffs that can cast weird and unique spells, who wouldn't want to rewind time? 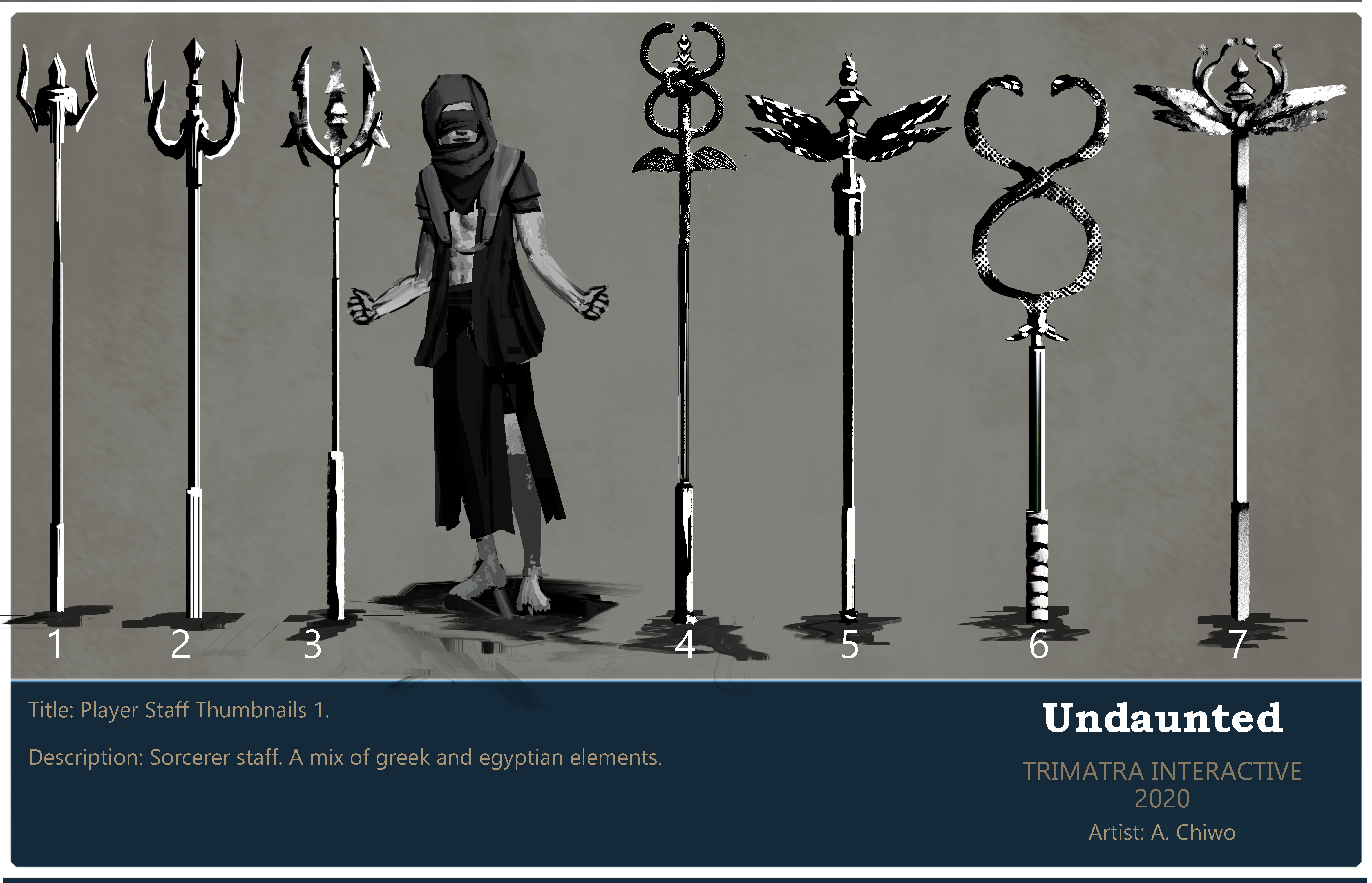 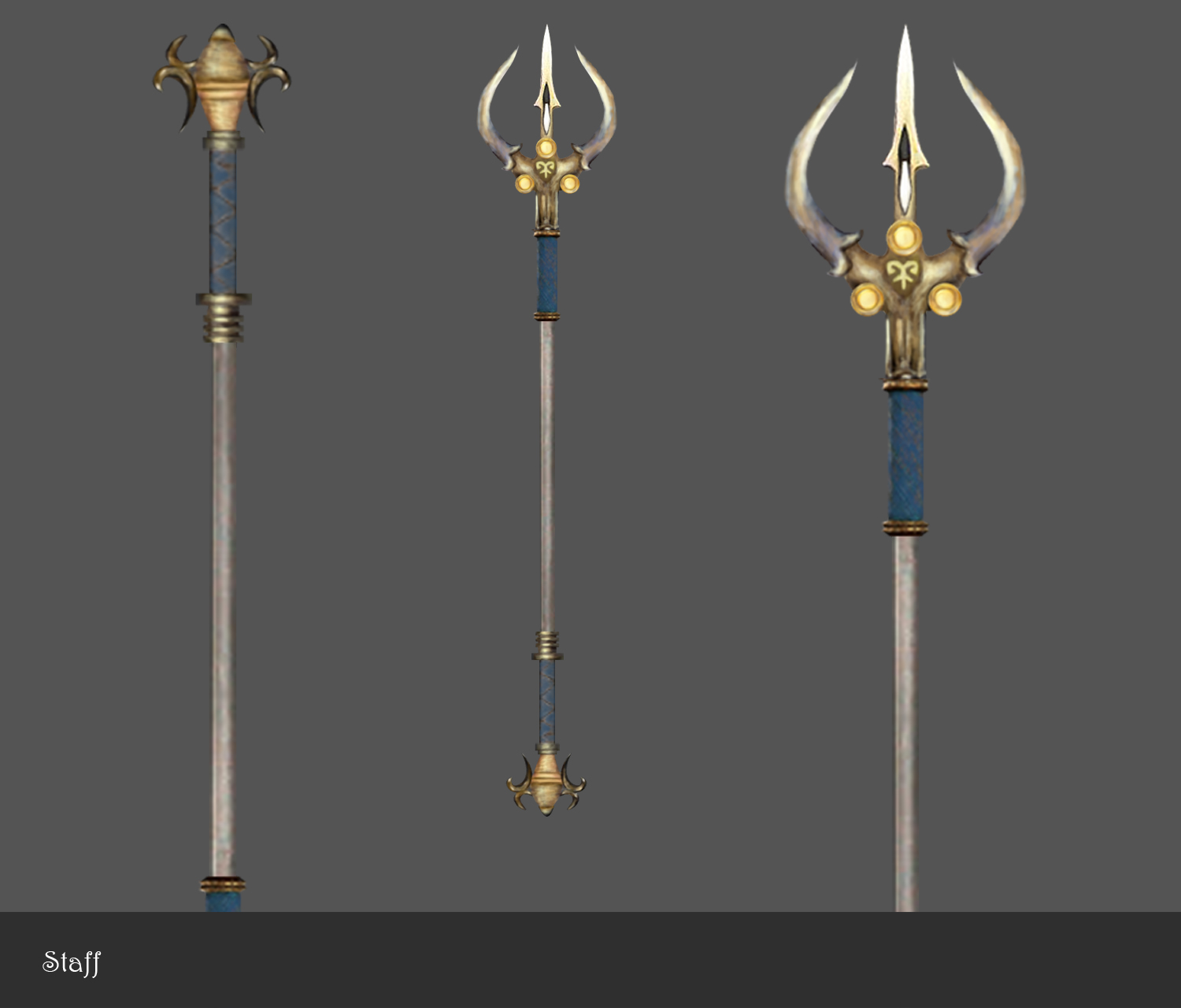 We are currently testing unique, but experimental, gameplay elements that may or may not appear in the final game, so stay tuned for the next devlog for more updates.

We understand that was a lot to take in, but if you feel undaunted and want to become an alpha tester you could fill out the form below for a chance to become one. If you don’t get accepted, do not worry. We will have several upcoming Alpha tests and we will need many more testers in the future. So if you don’t get accepted this time, you can just join the next batch. First batch of invite will be sent to a limited number of people next week.

Keep in mind again, that the game still only reached its first milestone of Alpha 0.0.1, means that there will be tons of bugs, and the features are implemented in the most elementary levels. But it is indeed playable and gives an early overall feel to the game.

As always, we are still looking for talented people who are looking to join our team, with a special interest towards Character Artists, Dungeon Artists, and Demon Specialists (Game Designers, actually). If you are one of these people that we are looking for, just fill in the Alpha form with a side note and we might very well contact you.

Here’s the form to register for Closed Alpha Access : Forms.gle

Oh, and if you are a fan or interested to get a closer look at our daily grunts and frequent updates, you can follow our Twitter @trimatraint, or Join our Discord here : Discord.gg

Cheers! Have a great day and happy killing (soon).
See you in our next Devlog!

im looking forward to this game. will this be on smartphones? will this has cutscenes or just or similar to doom or heretic?