It's been a while since I last documented our progress but we're still alive and we haven't been sat around doing nothing!

Last month we decided to switch from Unity to Unreal Engine 4. It wasn't an easy decision as we didn't have a great deal of experience with UE4. Not only that, but it'd mean switching all of the code across to UE4. It's pushed back our progress a fair bit as we learn the new engine, but we're all confident this was the right decision.

It isn't converted over entirely just yet, but we've made a fair amount of progress so far.

You may remember the original grey box environment from the last update.

I've now taken that and started rebuilding it in UE4 as an introduction to the engine. It has far more detail this time around so it can start to better resemble the actual design of the level.

There are currently no textures so to speak in this and everything is a flat colour with a high roughness value. The main colour being flat grey. The colours have come mainly from the lighting.

You can see an example of this here: 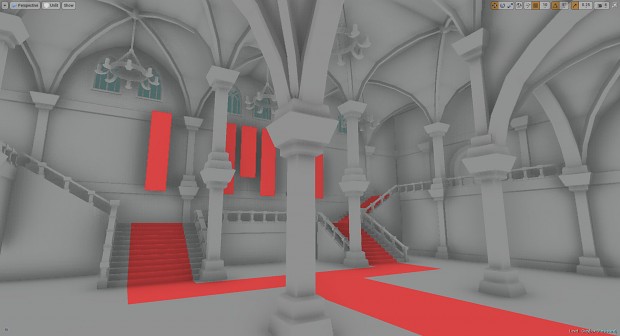 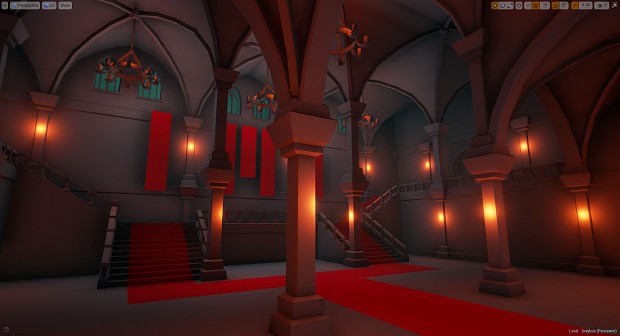 The models are all placeholder standard right now, especially the props. These will be improved and polished up later.

The courtyard will be more natural when it is redone as well. Also a quick note on the the wolf statues, which I got a huge amount of mileage from. Those are just temporary and will be replaced later with more fitting statues. They're actually just the old placeholder character that I stuck on a base!

Here's a bunch of screenshots of the environment currently with the first lighting pass. It'll need to be adapted once there's more colour added in the textures. 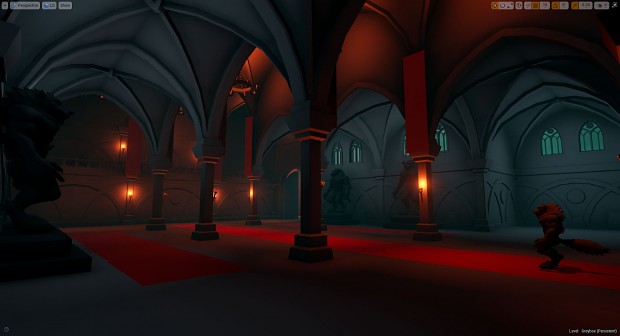 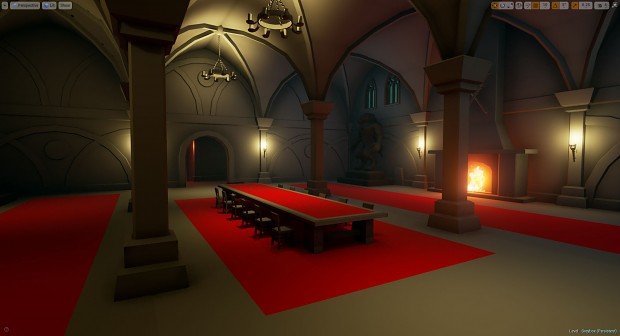 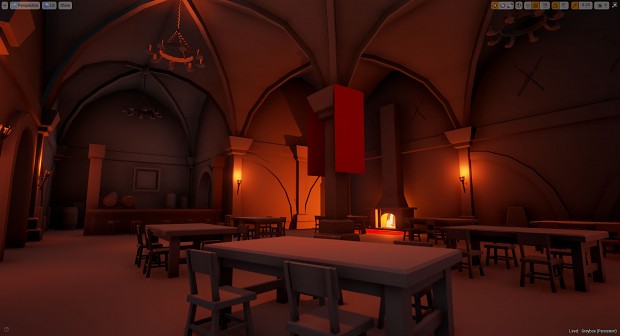 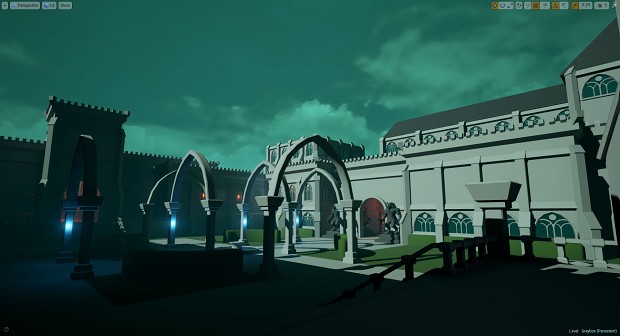 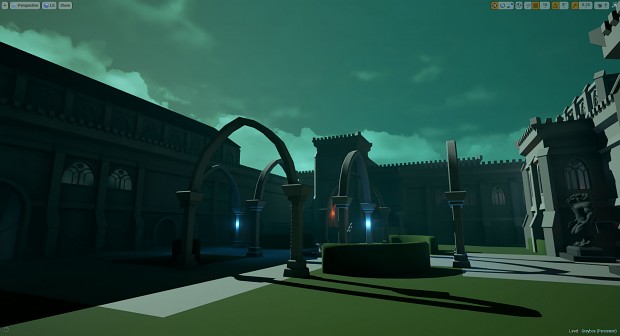 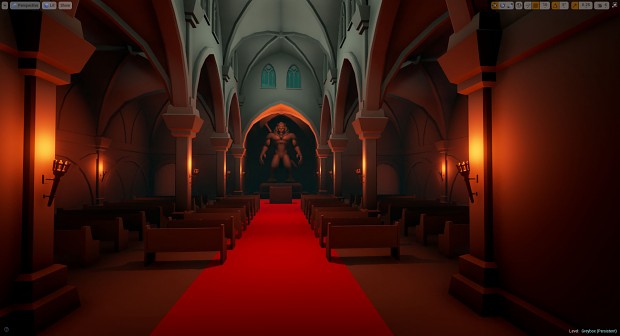 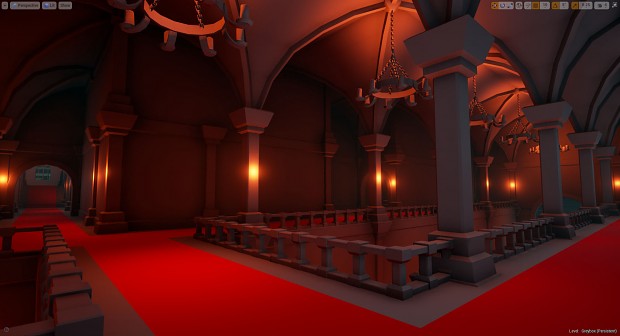 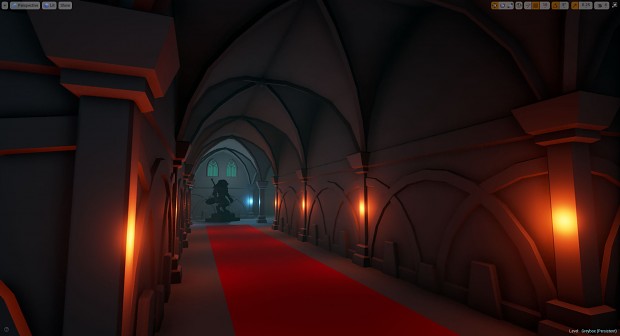 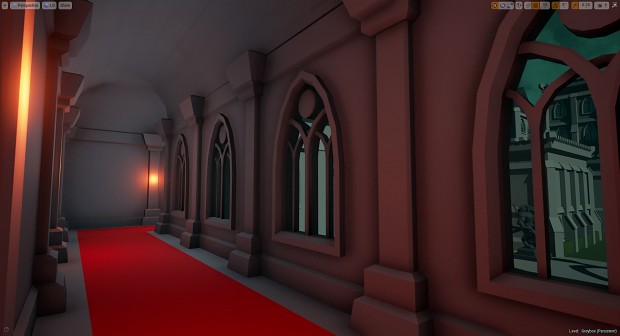 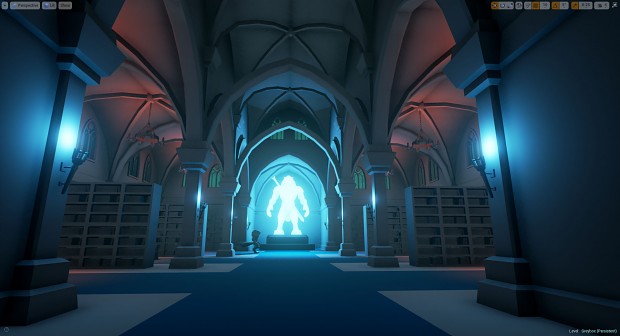 I'm pretty happy with how this turned out despite the total lack of textures and some rather dodgy looking placeholder models.

We managed to get some concept art done as well. These of the castle helped out a lot when it came to the design. 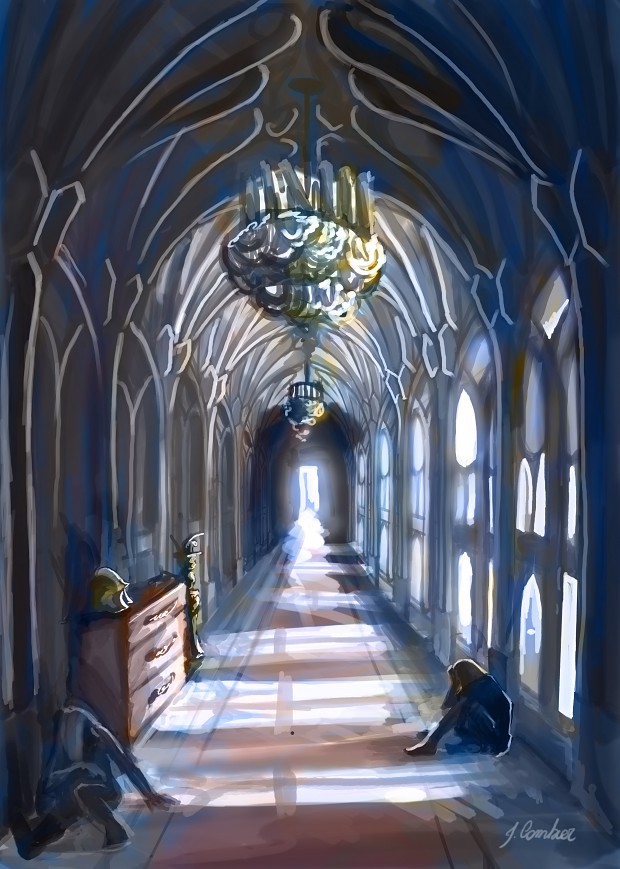 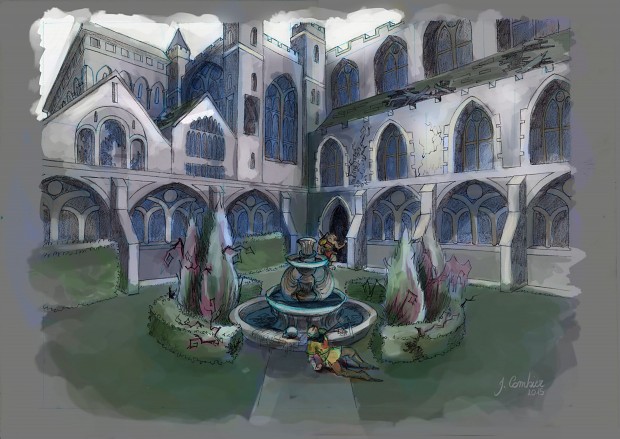 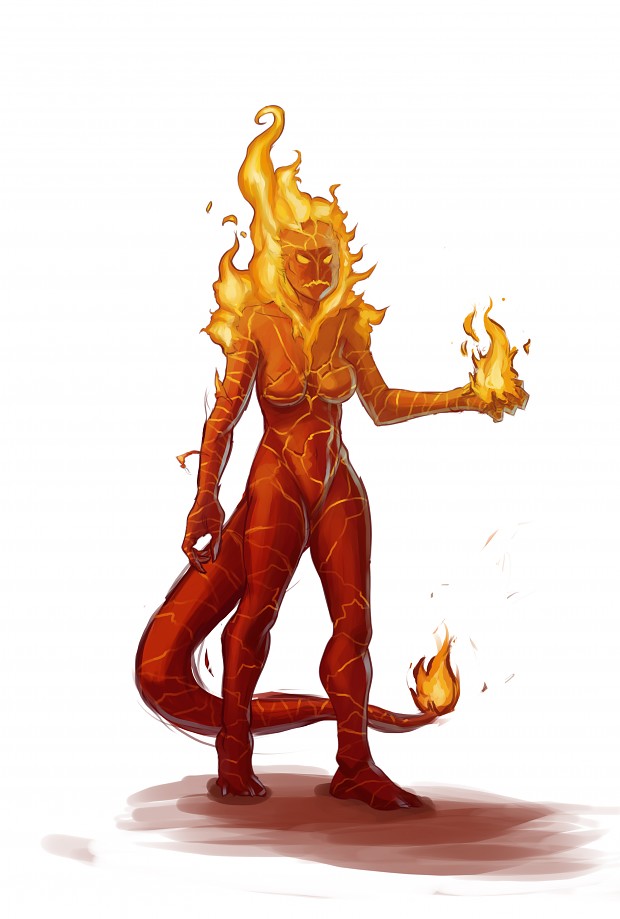 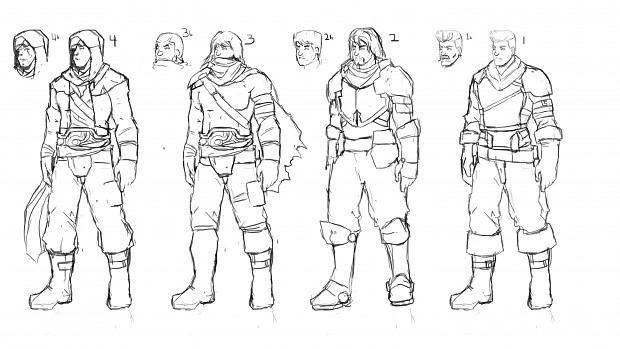 That's it really for this update!

We're also on the hunt for hand painted texture artist and additional 3D character modeller to help really bring the characters and environment to life. If you're up for helping out with that, don't hesitate to contact us to apply.