An overlook of some new features we've been working on over the past few months. We're also preparing to run our final phase of Beta testing through Steam, and we will be offering out Beta Keys in the near future.

Currently, our primary focus is to prepare The Afflicted Forests for an Open Beta through Steam - we will have more information about joining the beta in the coming months for anyone who is interested. But in the meantime, here are some of the new features we've been working on:

Players can restore dead & afflicted areas by completing key objectives, restoring sacred structures, and even by casting certain spells that cleanse the nearby area.

On the contrary, afflicted enemies can keep spreading the plague in a variety of ways. Some enemies and bosses have powerful abilities with the potential to leave an area entirely afflicted after an intense battle. Certain areas of the map will also contain "Afflicted Structures" that spread the plague in the nearby area until destroyed (opposite of Sacred Structures mentioned above, which slowly cleanse the plague and bring plants back to life over time)

Continuing on the concept of "Plagued Structures", we are also working on a new structure called the Plagued Nest. A Plagued Nest has a small chance of spawning in an area that has been afflicted by the plague. The nest will slowly grow over time as it continues to spread the plague and spawn additional plagued enemies. If left unattended to, a plagued nest can grow to make an entire area of the map impassible and quite dangerous until its core is destroyed.

We've added a few new enemies, and are focusing on making the AI more reactive and challenging. The Plagued Spirit, for example, can evade projectiles and "Phase Shift" to appear behind unsuspecting players.

Our website for "The Afflicted Forests" is nearly complete. We are just waitiing on some final touches to the knowledge base before we announce the official launch of our site.

The KnowledgeBase will contain information on every spell, weapon, and item available, and will also contain information about different game modes, maps, and some of the primary quests/objectives, However, the most challenging "easter eggs" & objectives remain hidden for only the most skilled players to uncover... 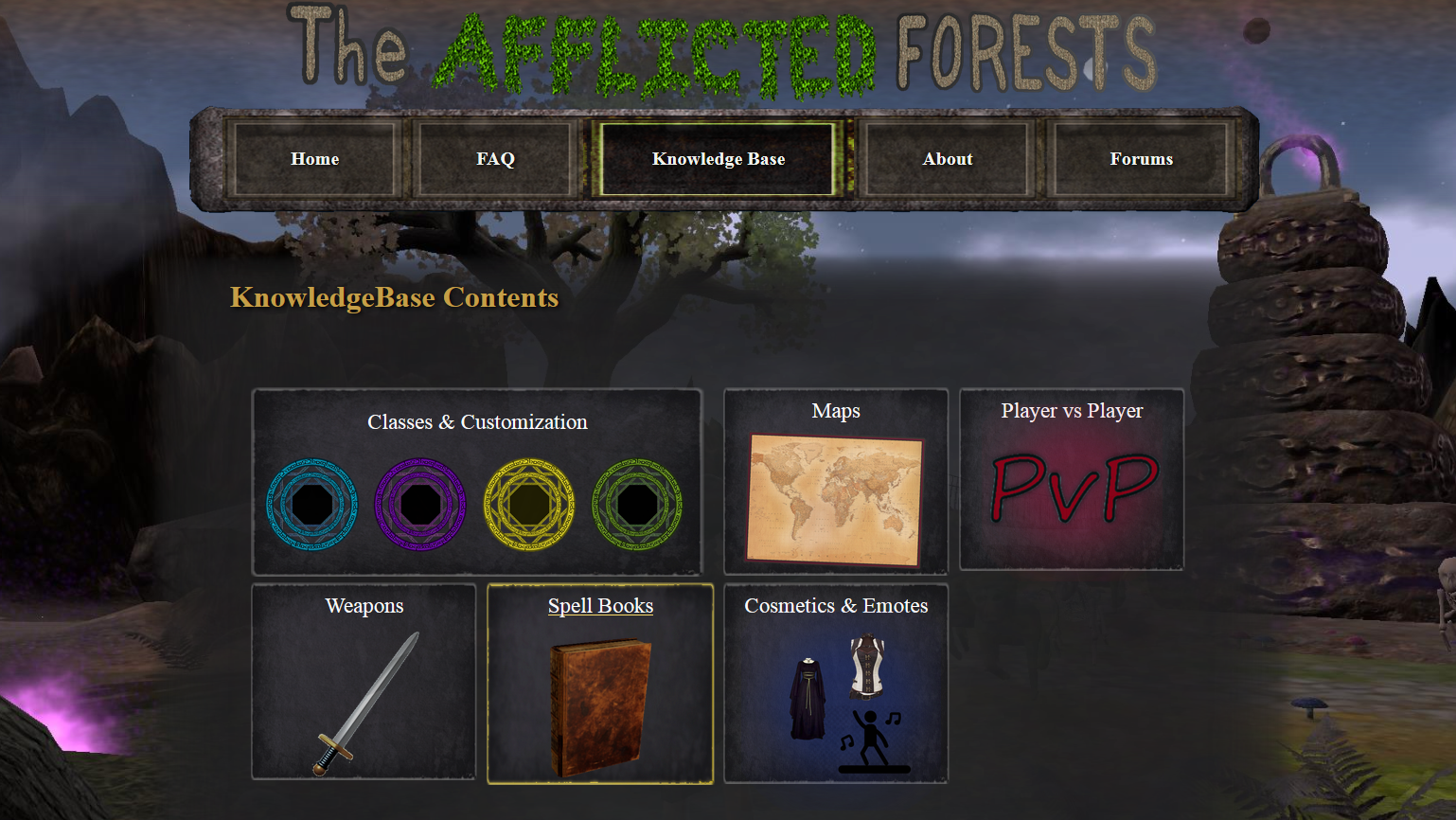 Another feature we've been working on is a Rope Bridge capable of swaying in the wind and reacting to movement when players and enemies walk across. (The physics and jump height are exaggerated for testing purposes)

We've also finished up a Dialogue System that displays text and also plays voice audio for certain NPCs. We're currently working on finding voice actors so that all of our dialogues can be voiced by the time The Afflicted Forests is released on Steam. 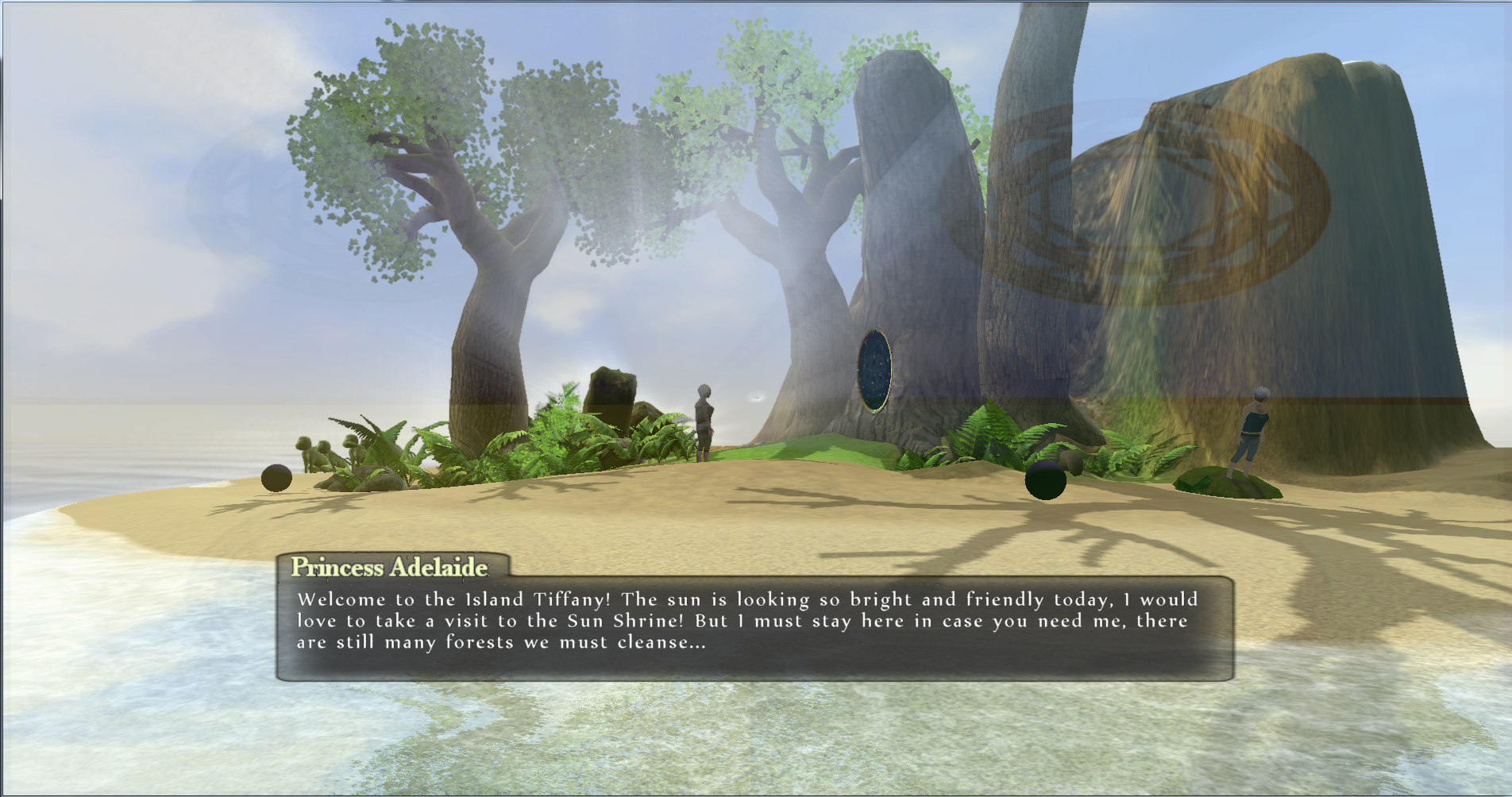 We're also working on many more quests that will not be displayed until release, and we are constantly working to add new weapons and spells so that the combat system (and especially character progression) can be as exciting and rewarding as possible.

Thanks for your interest,