Hello!
It’s been a while since I posted. Mostly this is due to not having very interesting things to post about (mostly done minor tweaks, fixes and optimizations recently), but also due to an extreme work load recently.
Hopefully things should clear up a bit moving forward and I should be able to dedicate more time to finishing up the remaining features I want to add into the game before it goes into early access.
The last EA building has been finished – the atmoport: 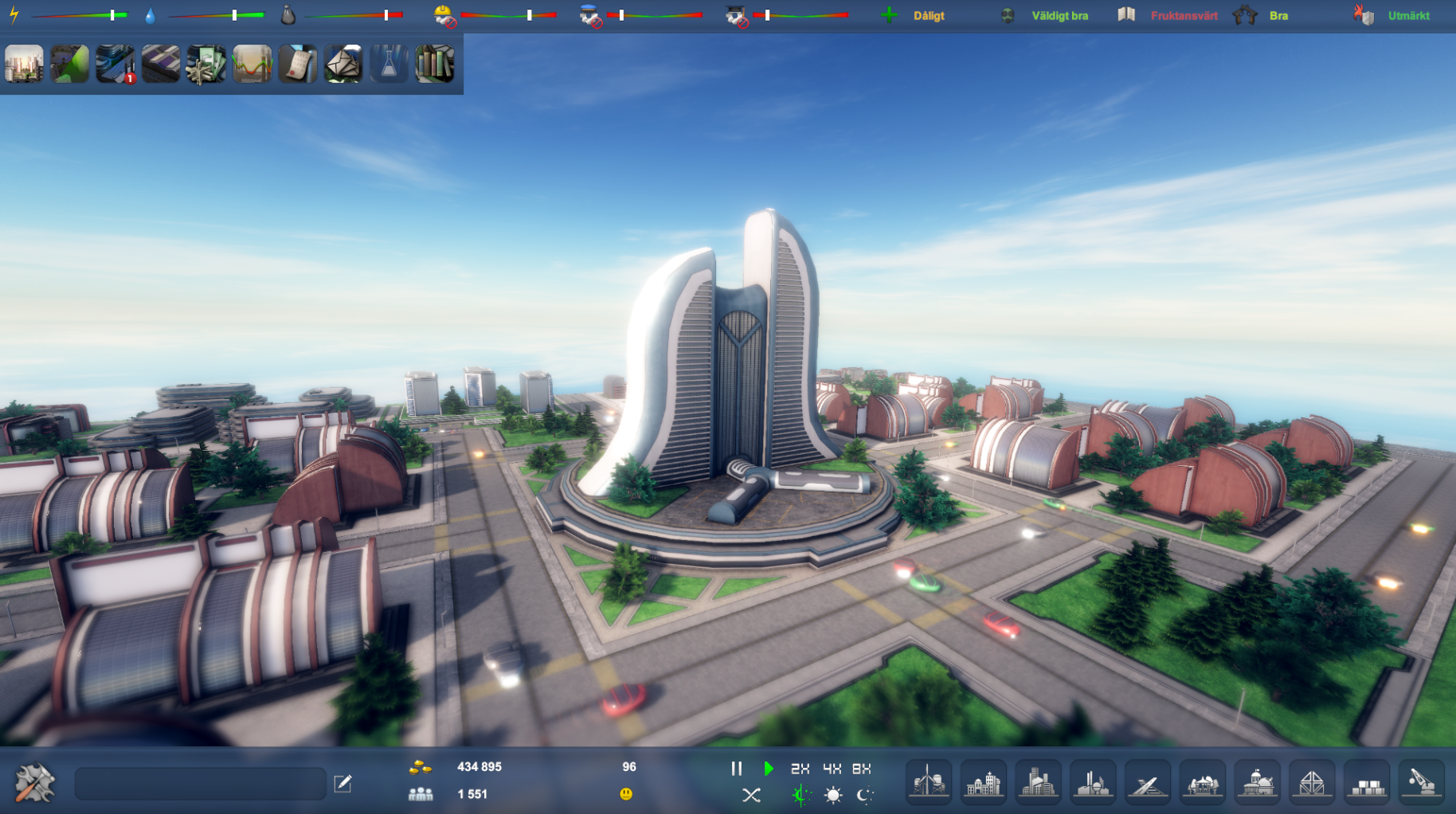 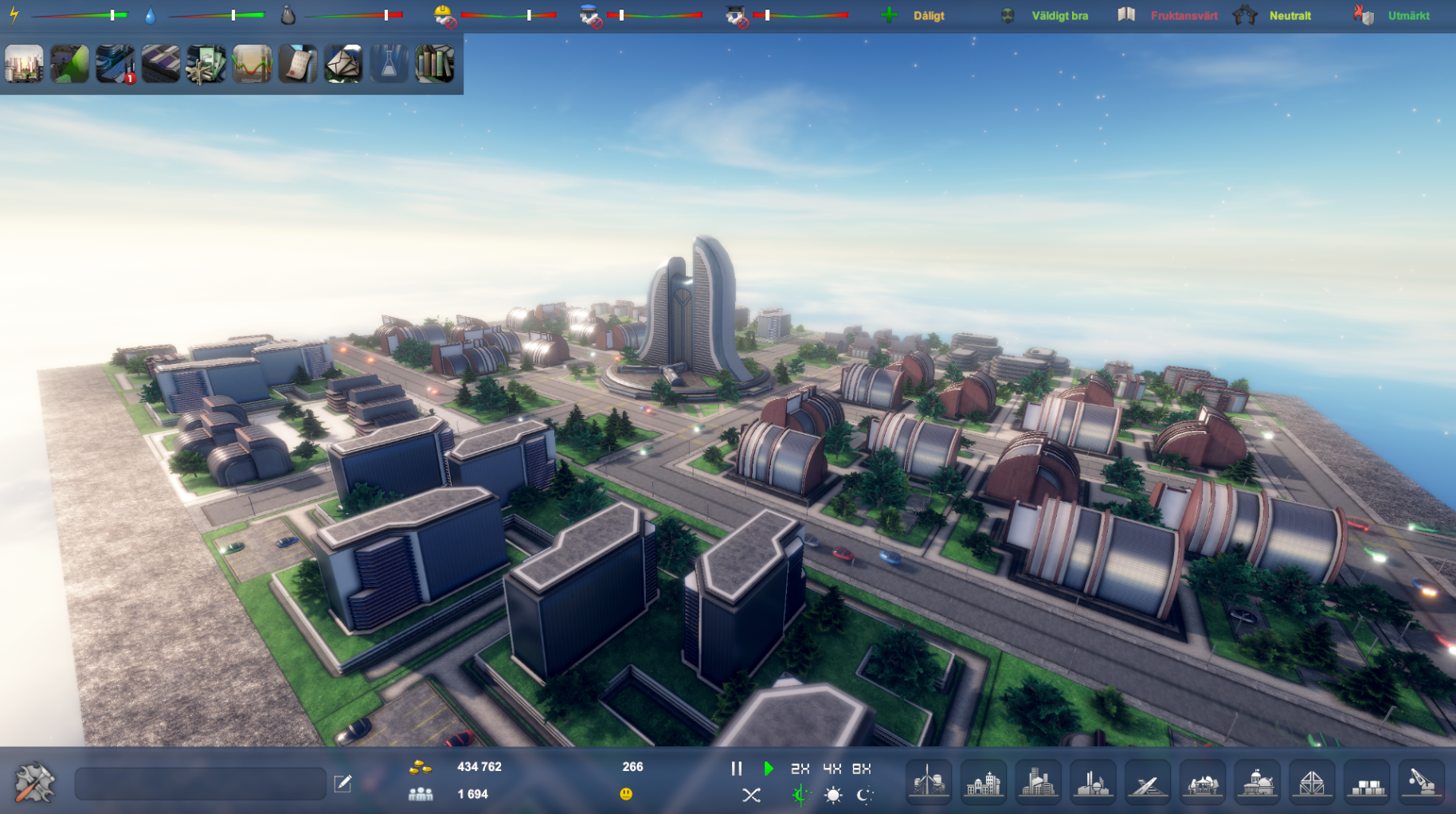 This is a must have building that will accept goods and citizens to your city. There will need to be one for each network in the city. So if everything is connected properly, there’s only a need for one, but if the city is scattered across different islands, then you will need more.

I’ve yet to finish ships landing etc, but I’ve started working on a path finding system that should make the remaining work fairly straight forward.

I’ve started working on sculpting tools and being able to place smaller building blocks right away. This will make things a bit more interesting and allow more customization to cities. 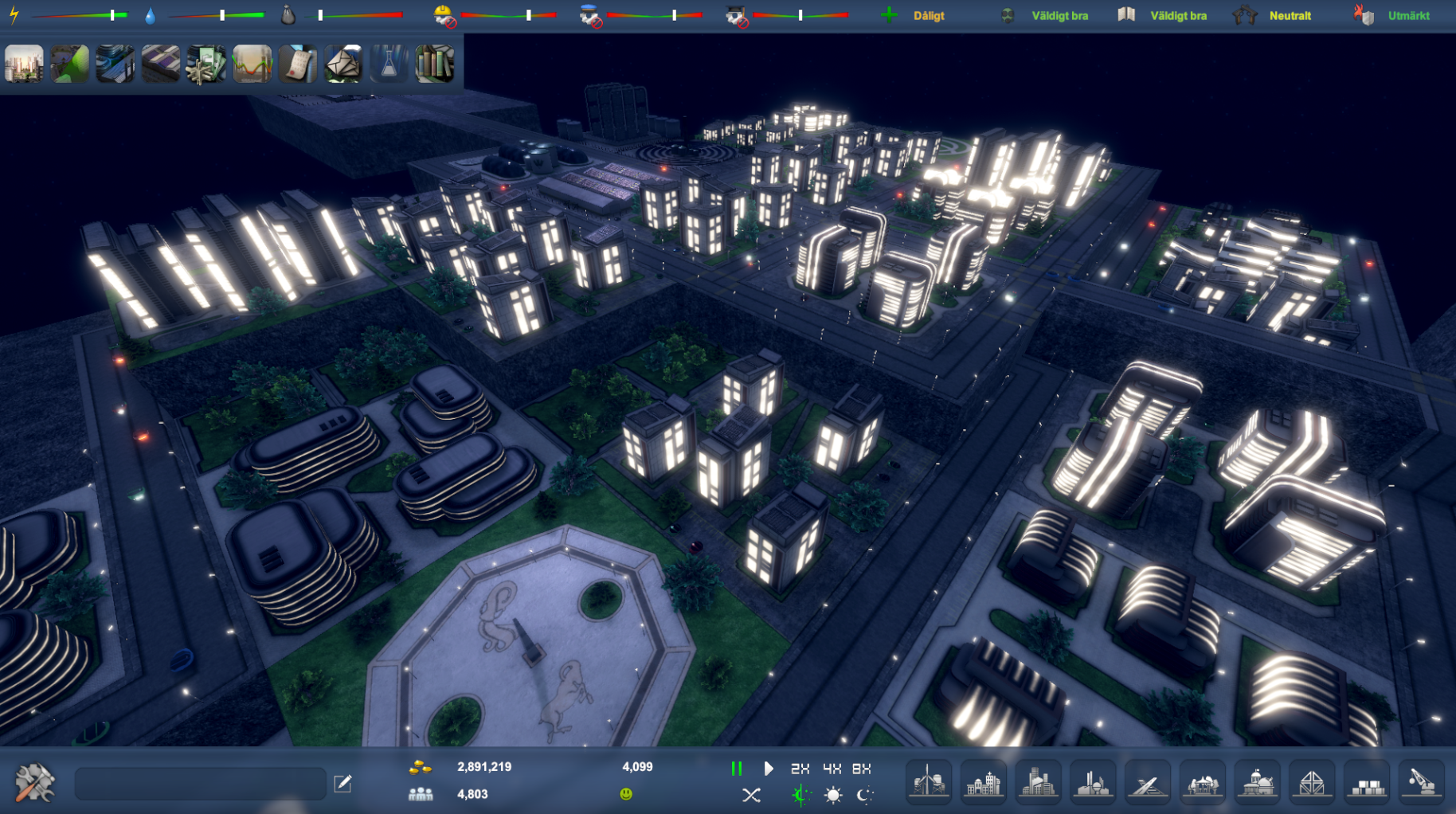 One of the remaining things to make is a “land” mode of sorts. There will be a few different variants to this, but one idea I’m working on is a straightforward constructed island in water. The image below is an early concept. 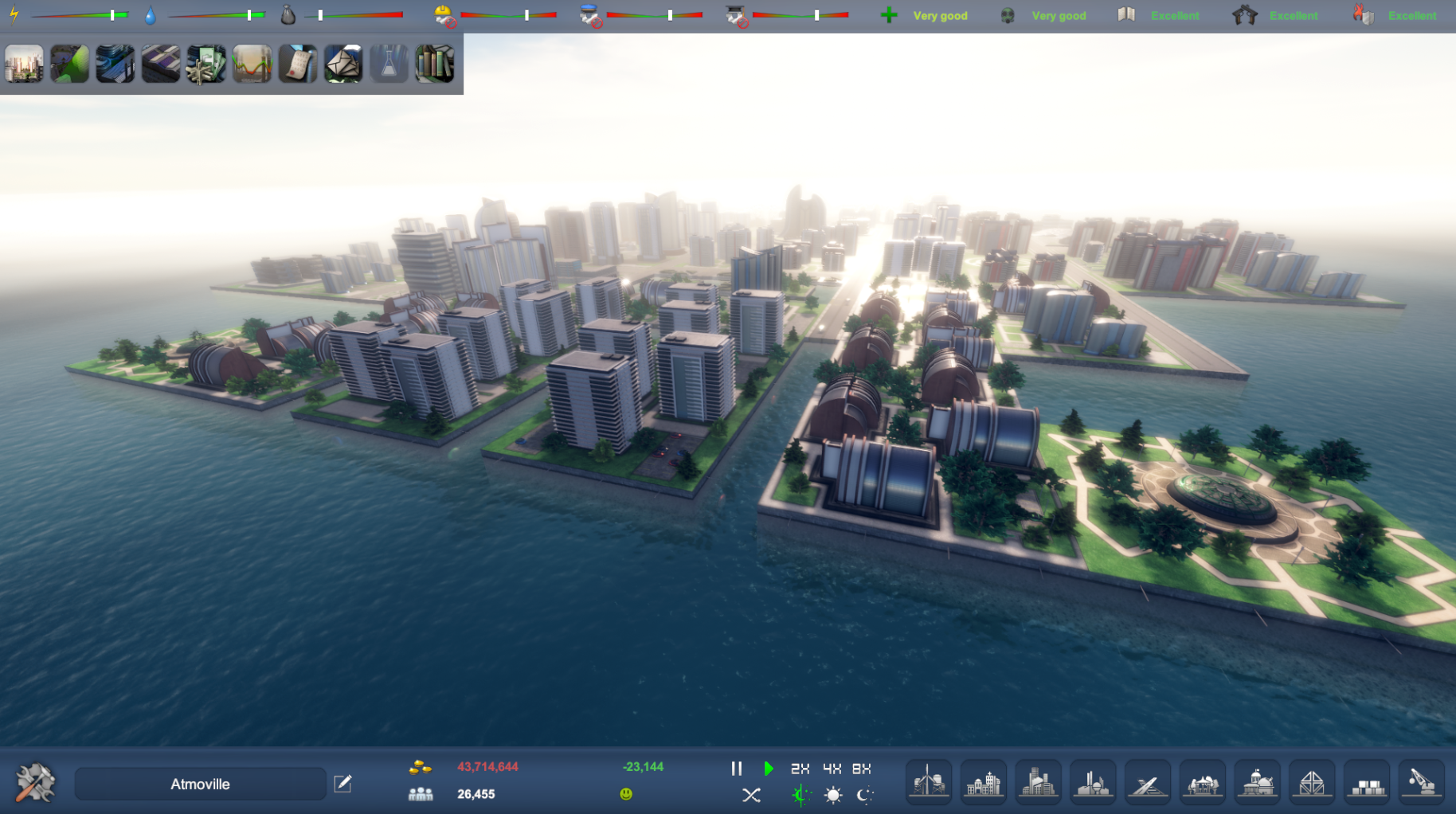 I’ve also reimplemented some atmospheric scattering and am fairly happy with how it looks: 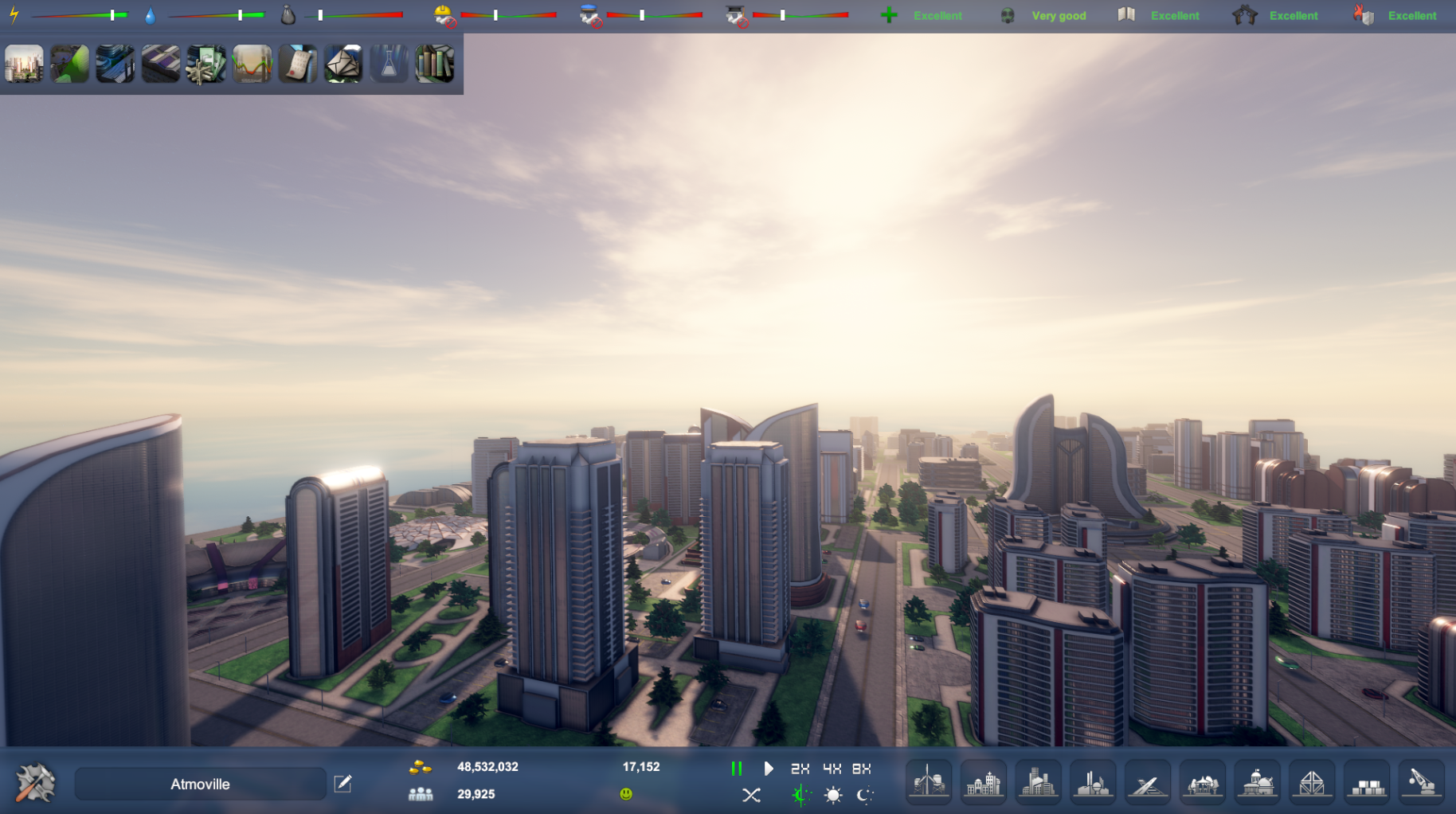 This will require some more work be put in to the day/night cycle, but should be worth it in the end.
Next week, aside from finishing up the sculpting and block placement tools, I will also be finishing up ships landing at the atmoport and also adding in some more decorative buildings such as an obelisk, a small hedge “park”, a sloped park and a small border piece that can be used to decorate the side of blocks (to remove that concrete look).