Hello,
Following last weeks update, I've had to spend time fixing some unfortunate glitches that followed. Not unexpected since the update was rather substantive, but it did mess with my planning a bit. Oh well!

I have started finishing up the remaining buildings. One of the buildings finished this week was the Fusion power plant seen here: 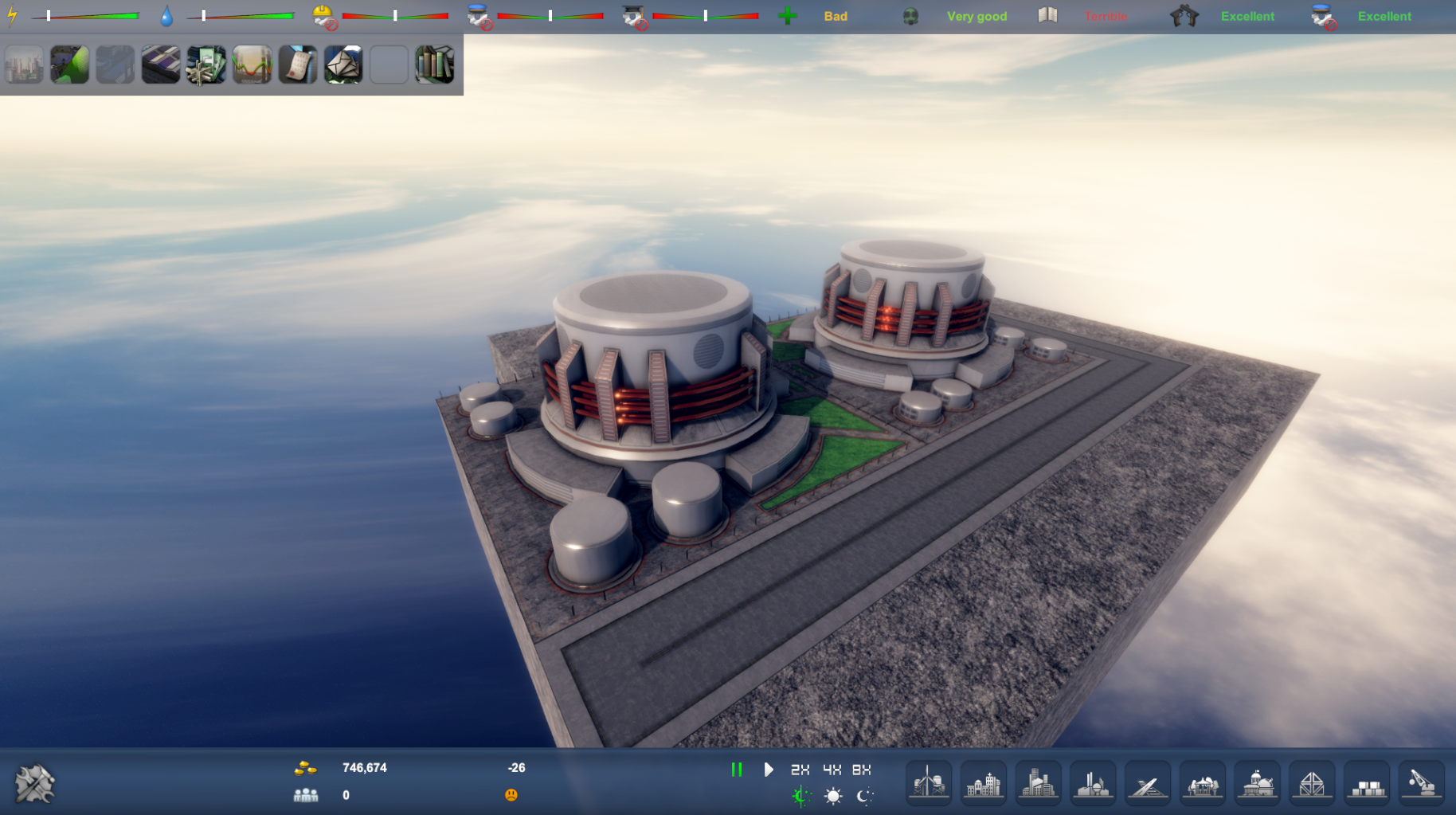 The fusion power plant needs to be researched before you can build it. While expensive, it does produce heaps of power in a clean way.

I've also started reworking water production in the game. Currently you build absorbents that absorb moisture from the atmosphere to gather water for your city. This system will now be part of a future climate system. Pollution and moisture will now play a role in the city living conditions. If pollution rises too much (like a lot) you'll achieve a green house effect and people will dislike living there. There will also be a limit to how much water you can absorb from the atmosphere in a given time unit. So in order to produce more water, you will be able to build water treatment plants. Also, you will be able to build cisterns to store water, unlike now, when water is never stored. A water district can be seen here: 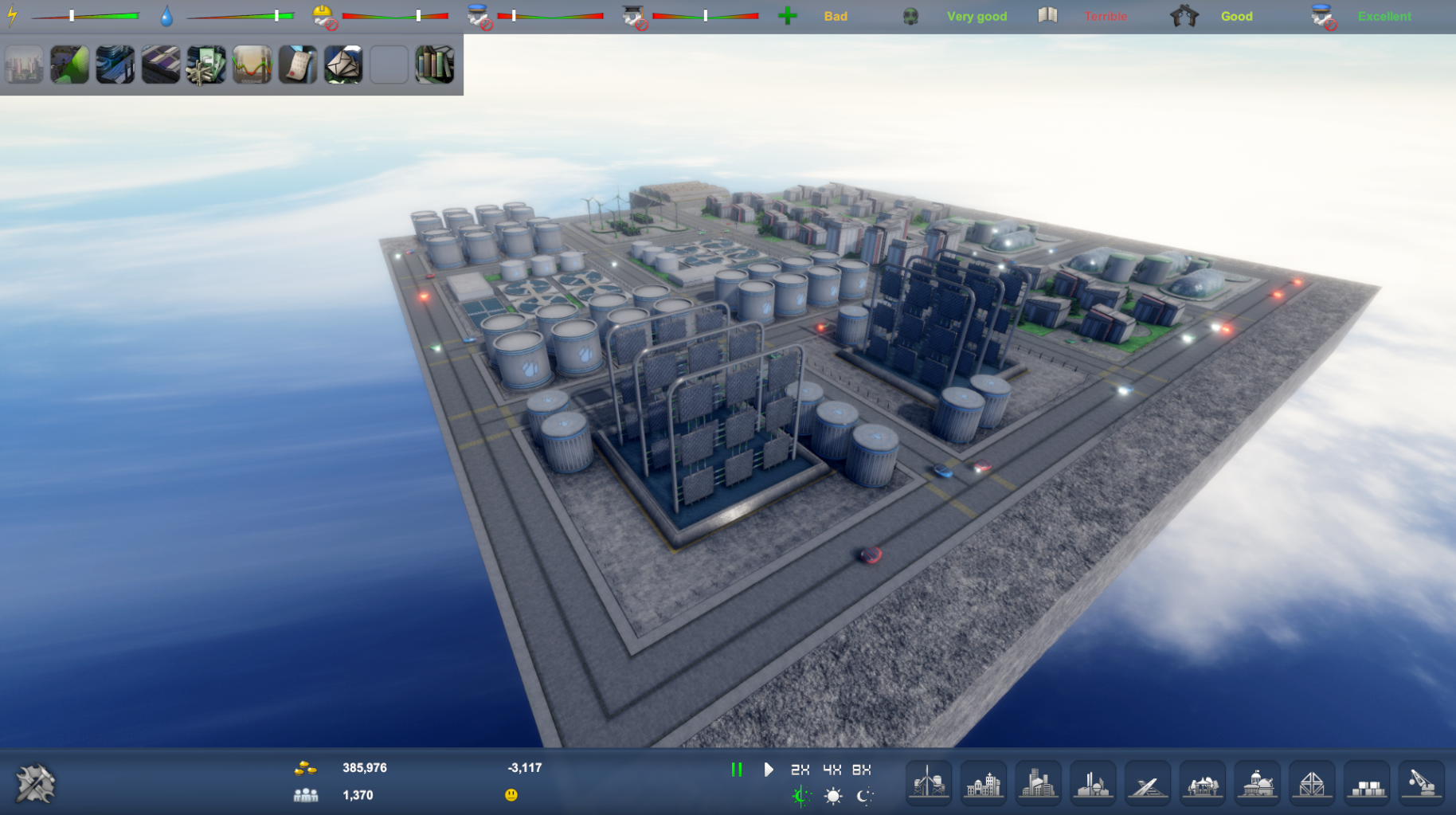 The food production Buildings are all finished. The last one that has now been added is the Food processing plant, which takes cereal, fruit and legume and outputs processed food. Processed foods are required to keep your upper class citizens happy. 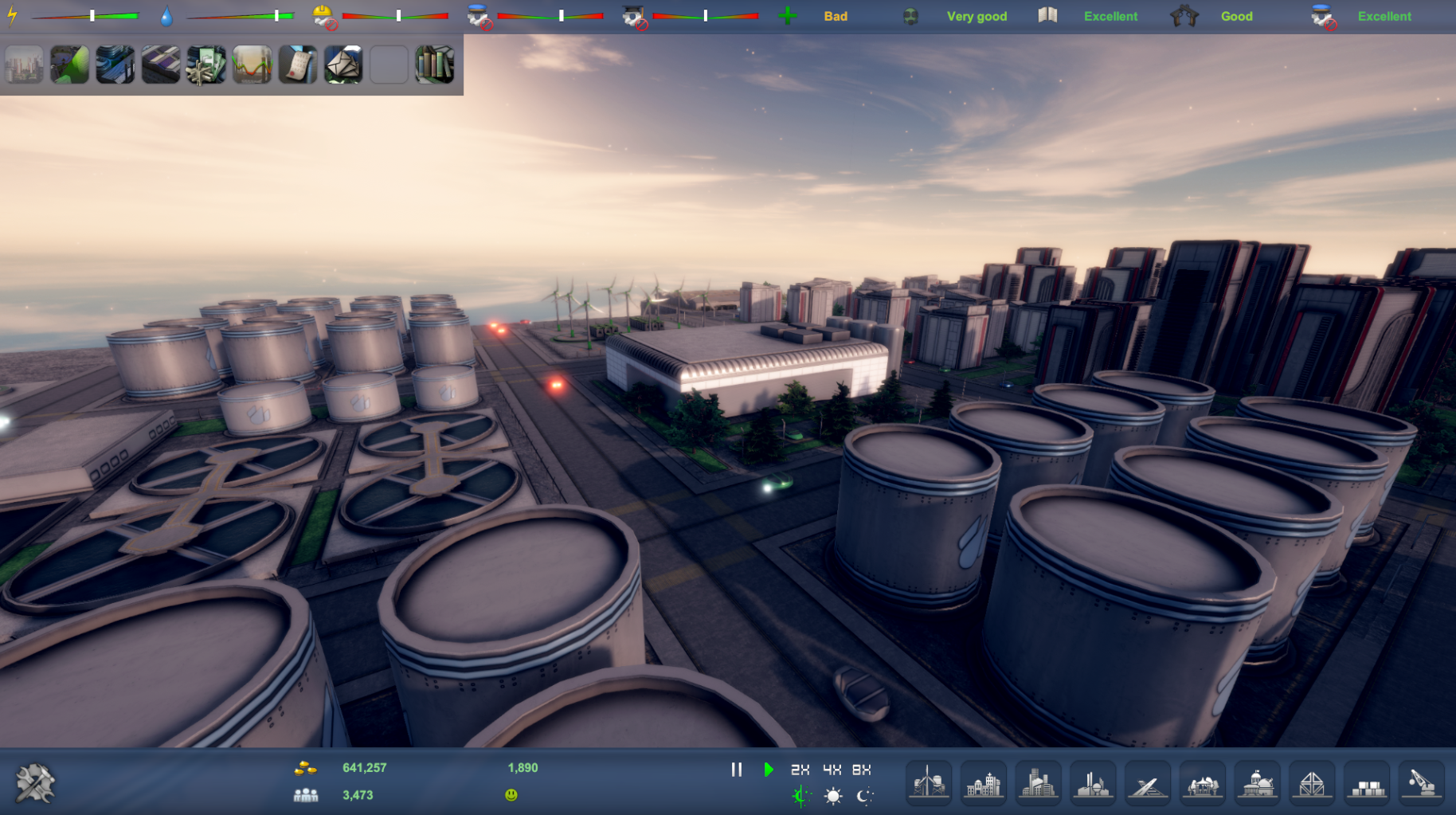 I've found a number of bugs in vicinity testing when placing buildings. For example, residences would sometimes register industry, although these were placed on the other side of a block. This should be functional now. 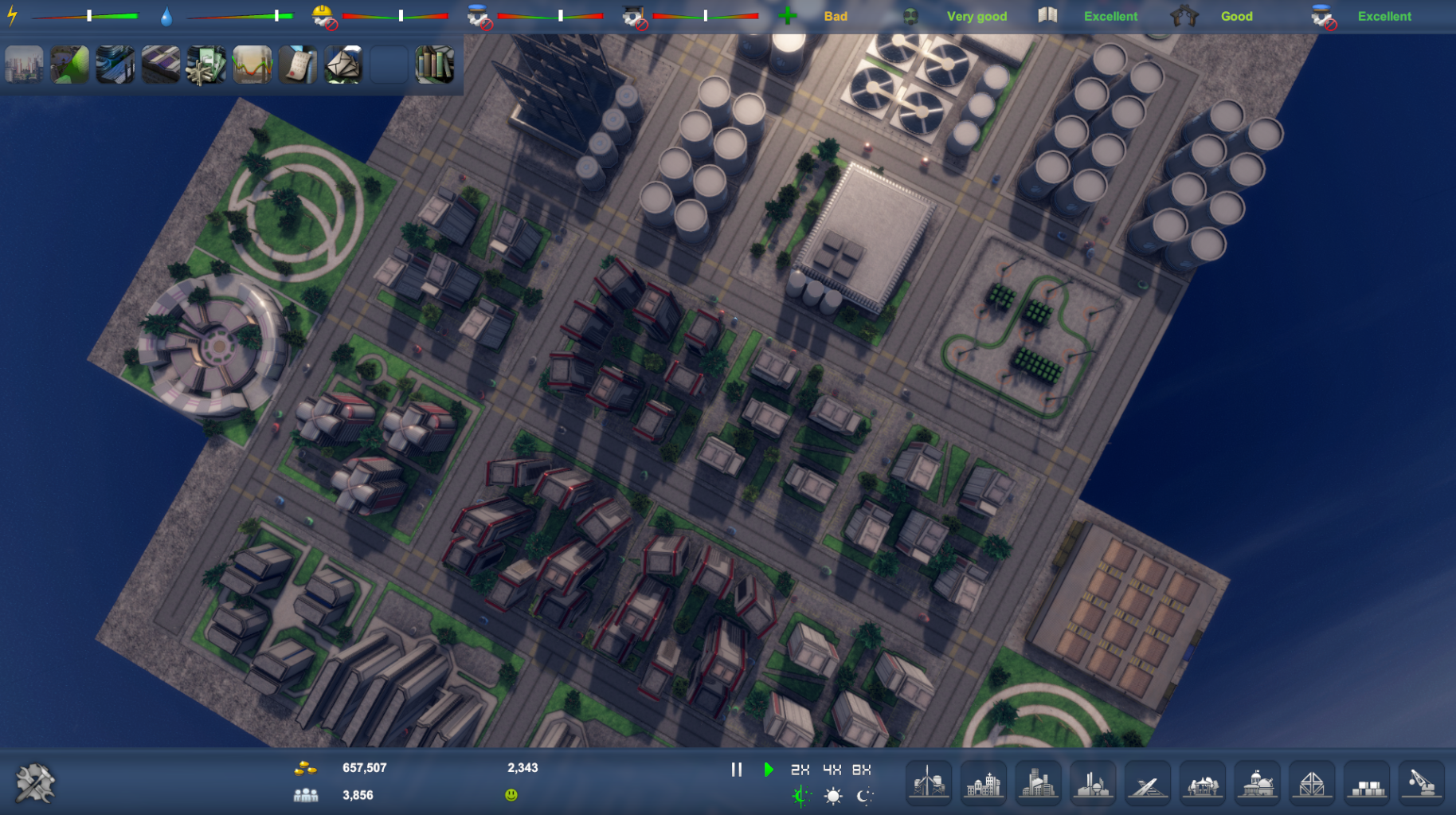 Lastly, I've started working on improving performance when building large scale cities, since I won't be breaking any saves from now on. What is on the list for next week is culling cars when they are outside of view. 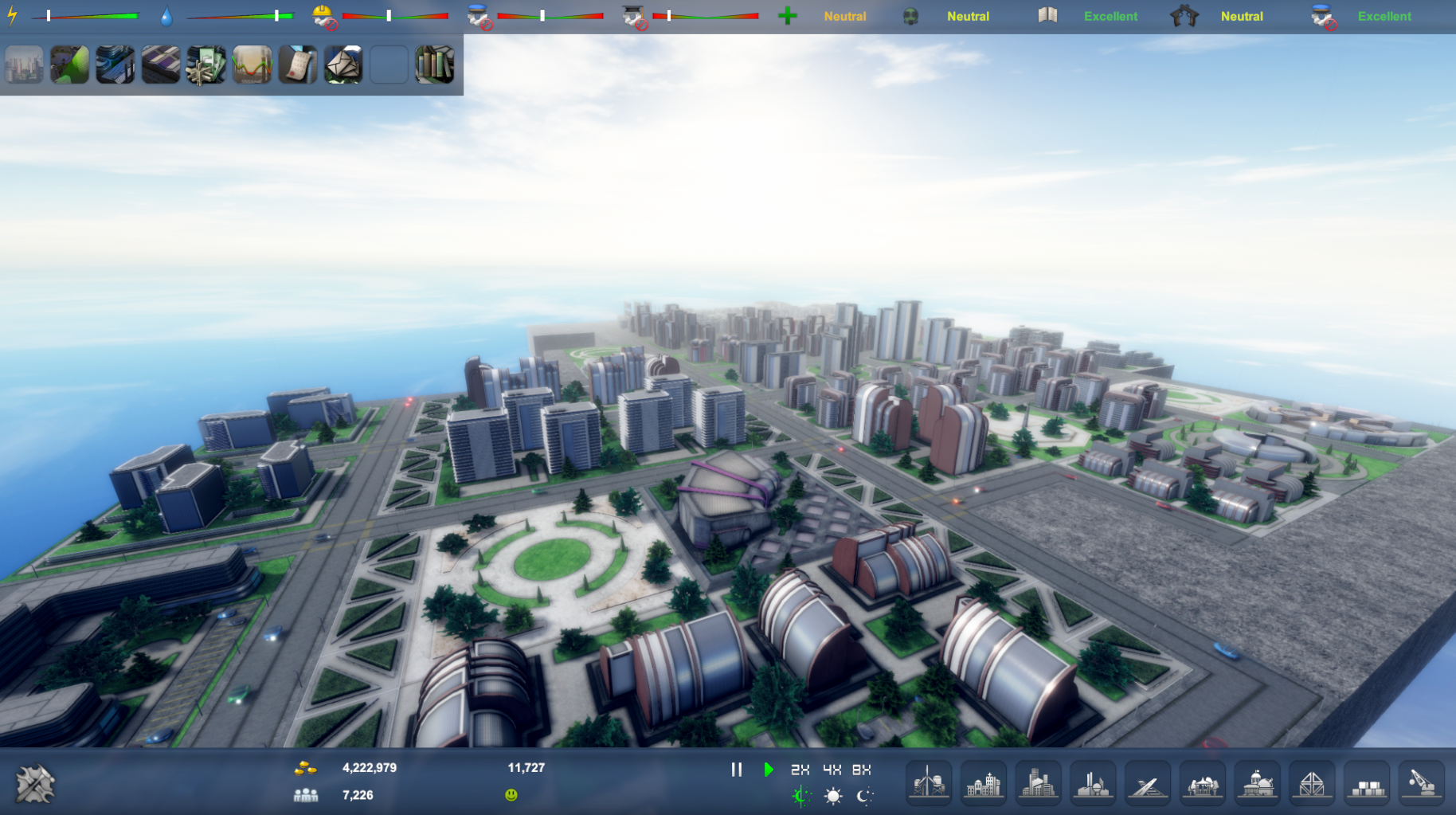 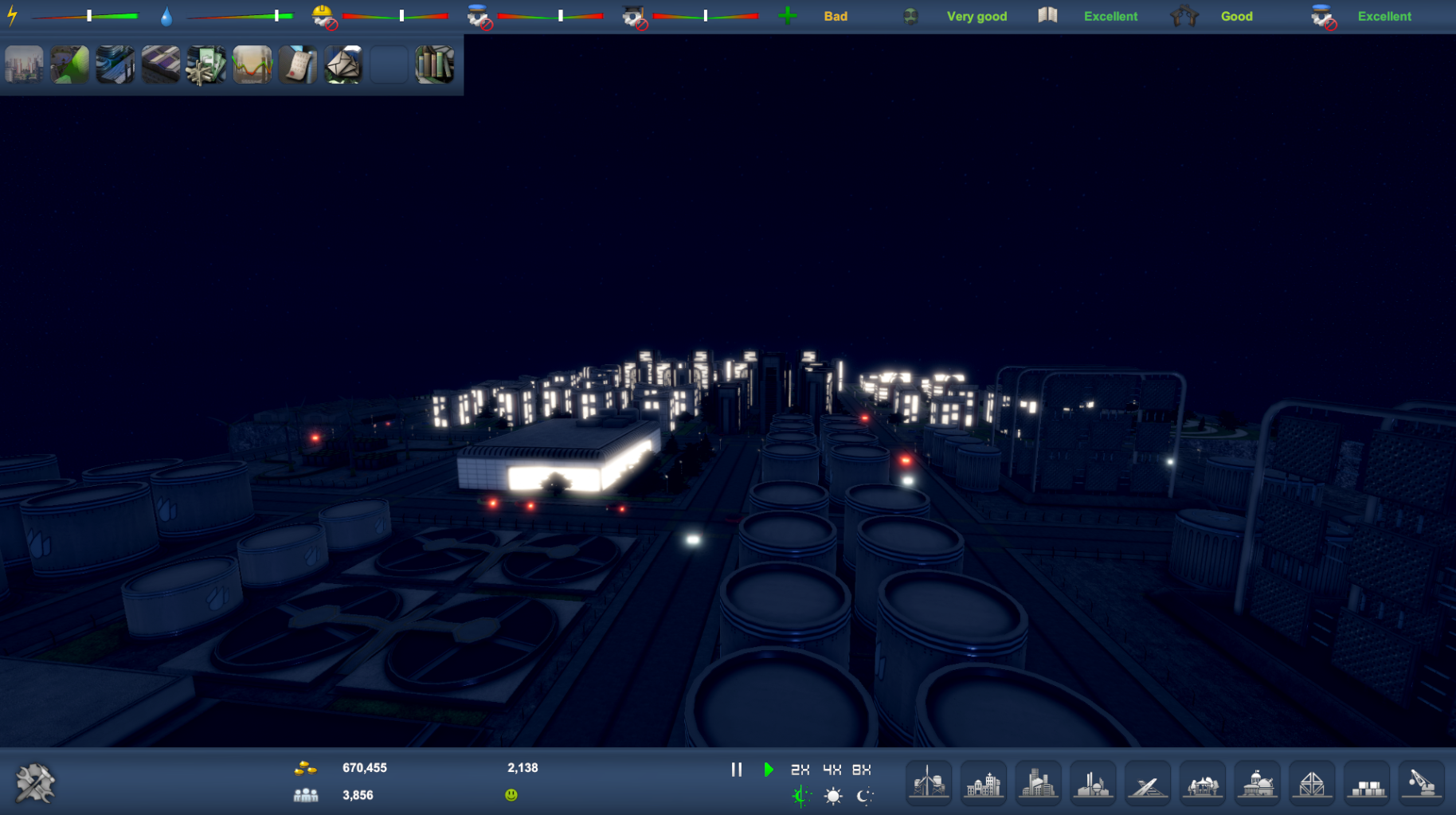 I just joined indieDB and I saw your game.

It looks great :) I'm impressed. It reminds me of the hours spent on SimCity 4 haha