Work on 0.14 progresses. Quite a few things remain, but a lot of things are falling into place.As mentioned in last week's log, I was working on adding separate demand functions for each resource.This is now fully implemented. Demand is set in two steps: each group of resources has a demand function. The groups are raw materials, building materials, foods and consumer resources (like eletronics or plastic). These run along a random sin curve similar to how the global economy works. The other step, is that buying and selling large quantities affects demand. There's also a bit of randomness implemented to make things develop independetly on a per resource level. 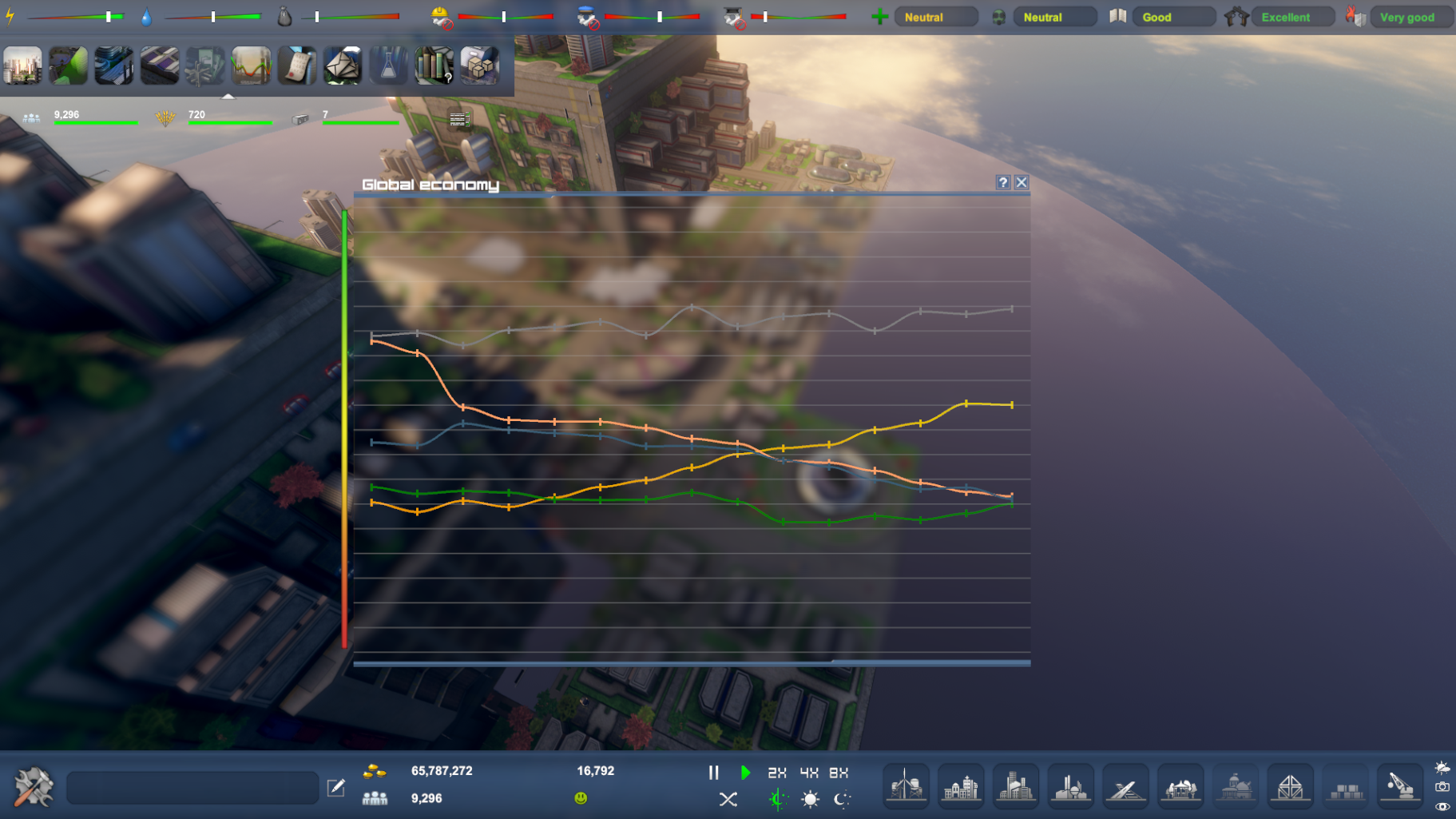 The demand curves will be able to be toggled on and off (in fact they can be already, but the picture is from before that ). All these things combined, trade can now be part of a player's strategy to make more money.
Goods tickets, which have been mentioned before are also in the works. These are requests for three resources (one from each of the four groups). If you can deliver them in time, you will be given a resource or modifier as a reward. Delivering on them also boosts conglomerate happiness, which boosts output. Here's the trade panel along with one goods ticket (work in progress, thus a bit messy). As can be seen, you can now also add trades that are not timed, so they will run until cancelled. 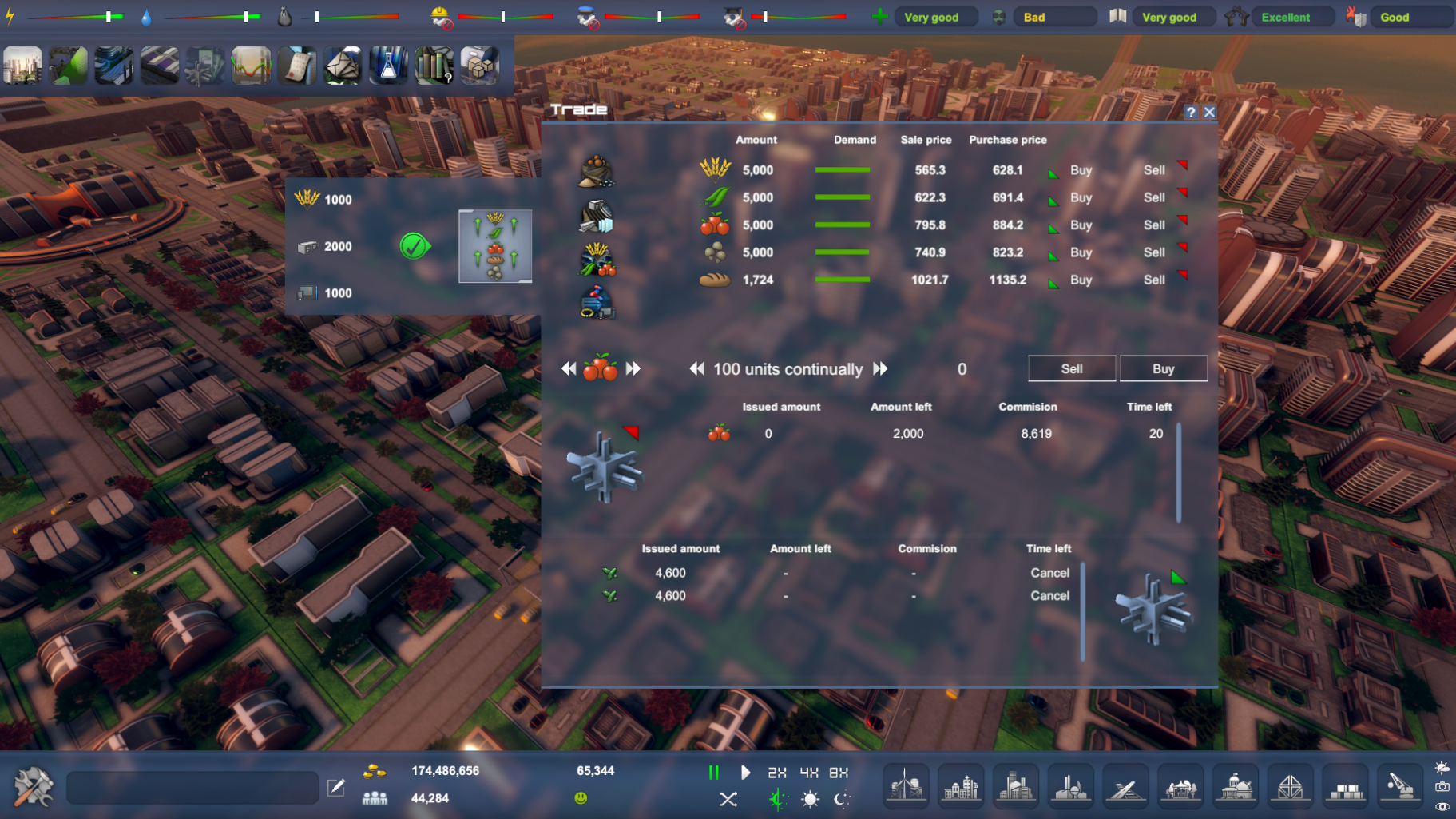 The mini size zones are also in the works. Industry and residences are now finished. You can now fill those small left over spots with some small single family homes. 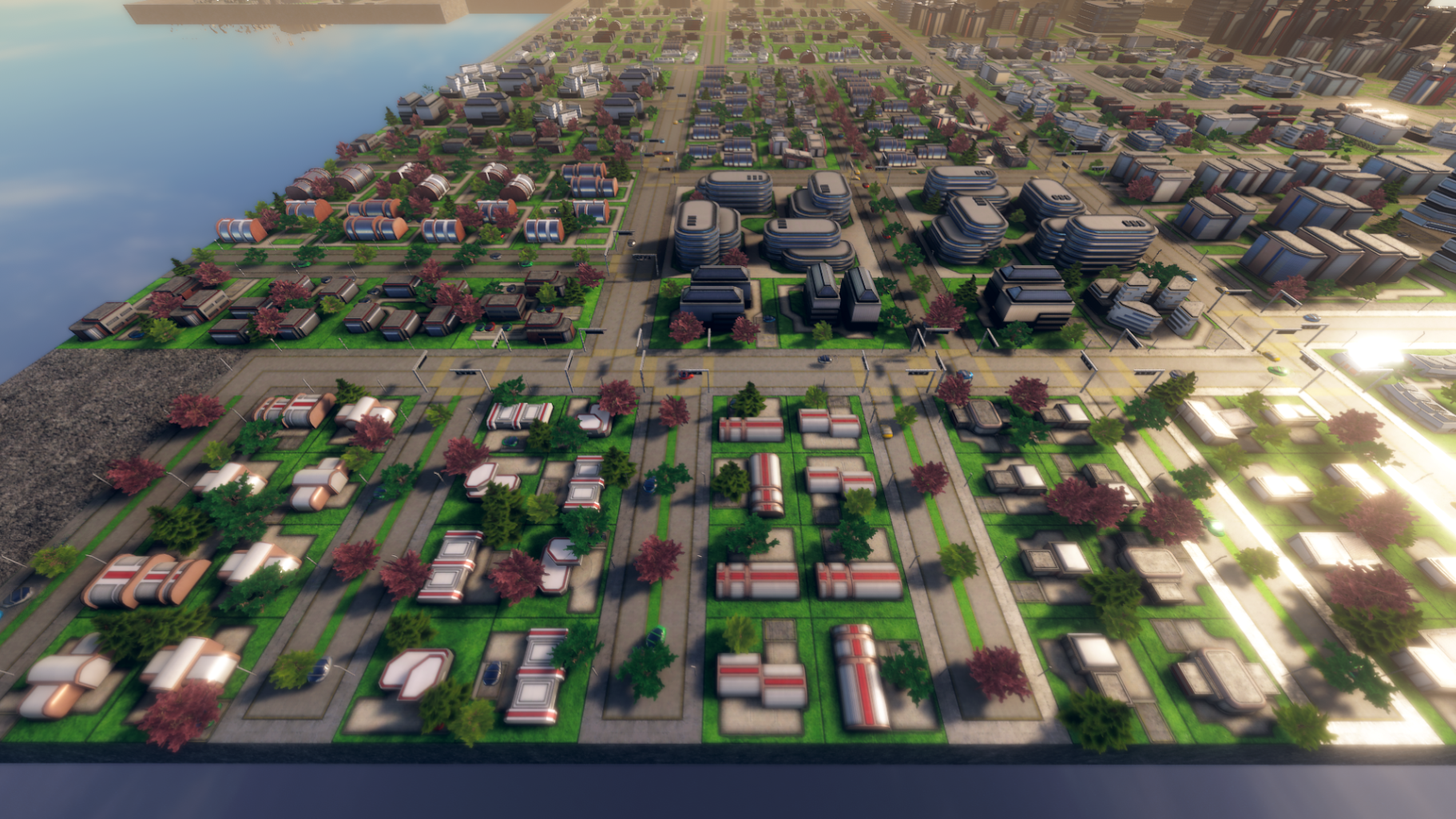 I've come across some performance issues, primarily in the new click n drag demolish function. This was a recent discovery, so it has not been fixed yet, but I'm hoping to have it fixed for 0.14. 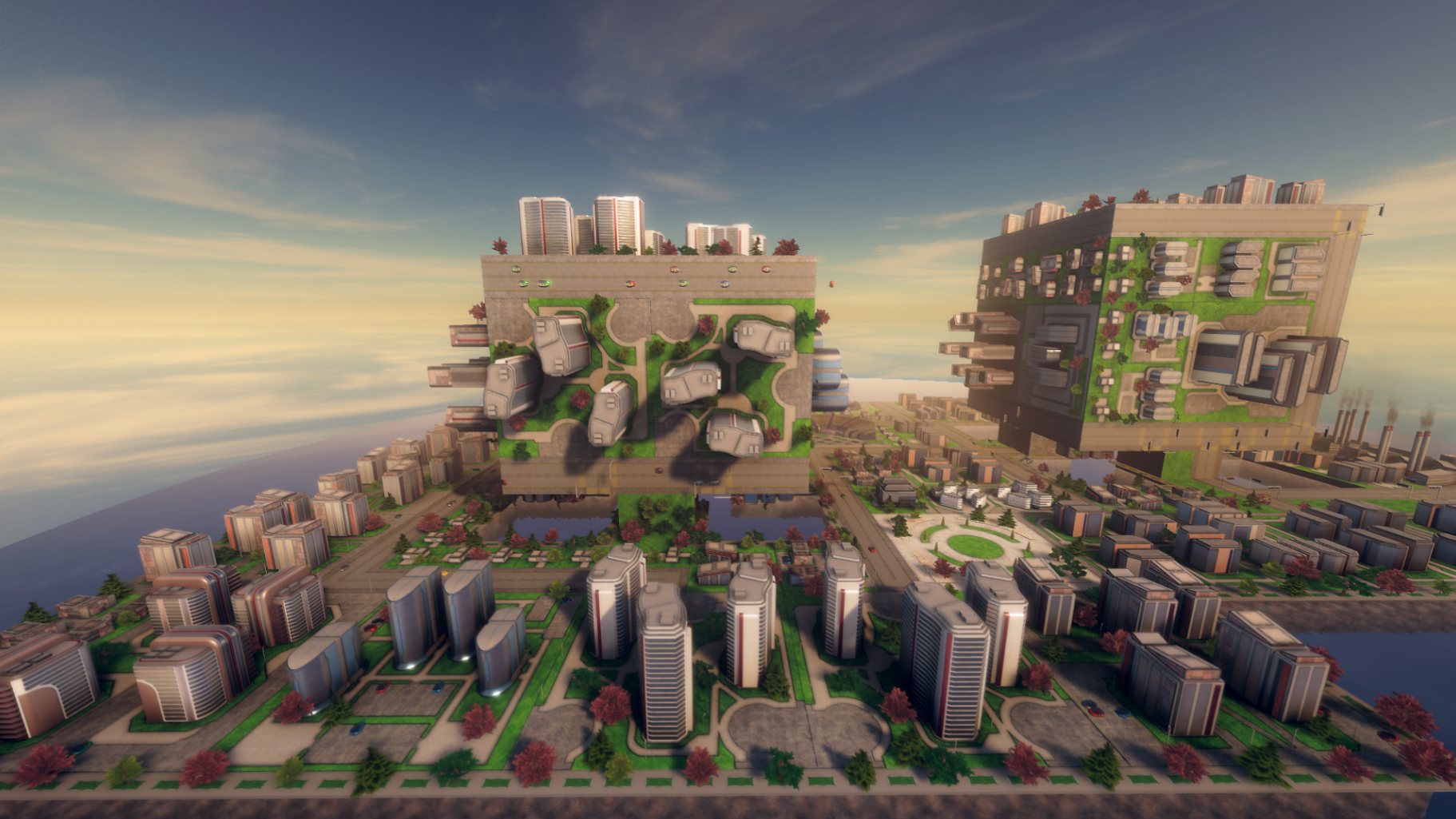 Other than that, there's a bunch of smaller things done, like the addition of a restore default controls button in the options menu as well as an FOV slider.In the upcoming week I will be finishing the goods tickets, working on currency, inflation and interest rates for an early implementation of this as well as finishing up the mini sized commercial zones and a bunch of other smaller fixes and additions. 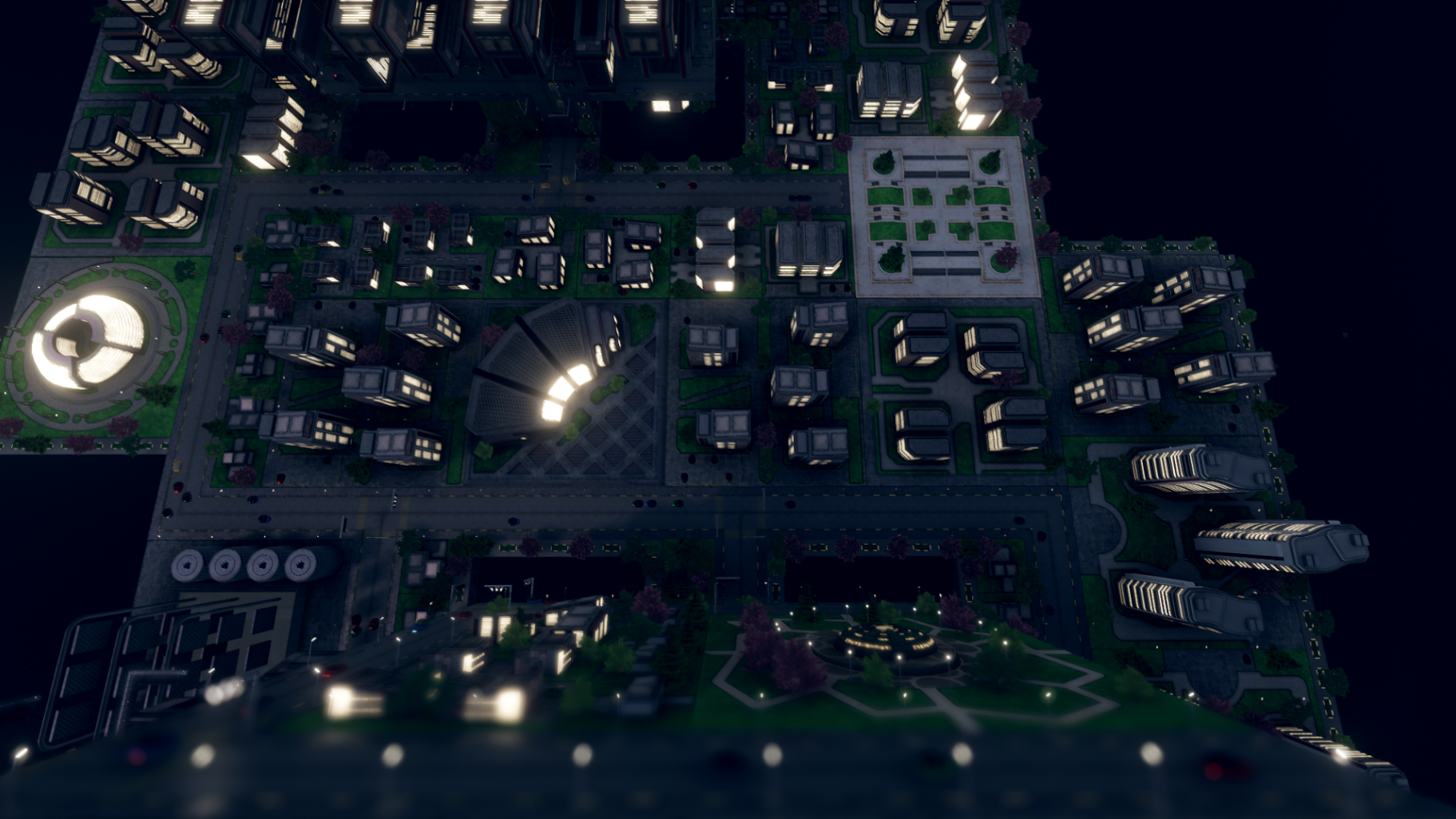