I've been very quiet the last month, and those who know me by now will know this means I'm doing a lot of work for a big update.

I've been very quiet the last month, and those who know me by now will know this means I'm doing a lot of work for a big update. So it's about time I told you all what is coming next.

I'm finally integrating all the character art that my freelance team of master artists has been working on for the last 9 months or so. 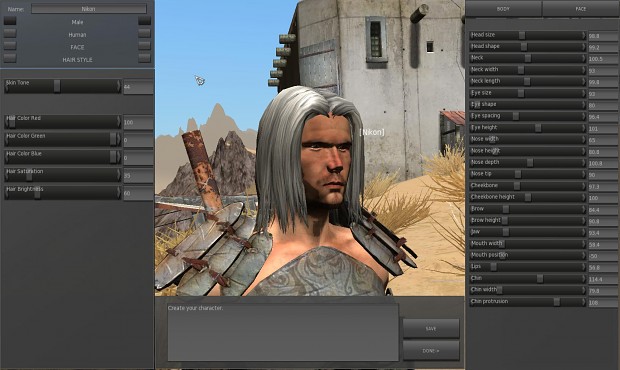 All clothing and armour is being replaced, and with it all the factions are being overhauled. 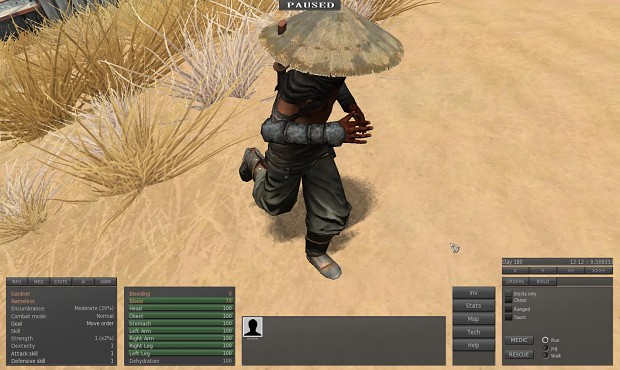 Female characters take time to add, because it requires all the clothing and armour to be adjusted or re-modelled to fit them. That's why I'm getting all the male character models and stuff in place first, it makes things easier for me.
All these changing models are going to be quite a shake-up for your existing save games. You may find a lot of your old clothing and armour doesn't fit your characters anymore. It's being phased out, and in future updates it will vanish completely so I suggest you sell it after the next update.
There will also be "Plastic Surgeon" NPCs in bars, these guys will re-activate the character editor for you so you can modify your existing squad of clones.
I'm also looking at tagging certain gear as "Uniforms". Meaning if you loot a samurai for his armour, and get seen walking around wearing it, then other guys from that faction will be all like "Oi! Where did you get that armour?" which will damage your relations with that faction. In a future update I'll also make it possible to use as a disguise to infiltrate faction bases and stuff. Looted uniforms will also have a lower re-sale value.
The main benefit to doing this is that it puts more emphasis on purchasing or researching and crafting your own armour in order to get the good stuff and catch up with the rest of the world.Update ETA: a few weeks or so.

Very Nice work!
Looking forward to giving my character a face, and then building him some armor for it before bashing down some raiders/bandits/whoever stands in my way to world domination.
I really hope adjusted or re-modelled doesn't mean removing 90% of it because they are female. Just putting that out there because it seems to be the thing to do and its just silly.

Nice work!
For me having females in sword-battles kills most realism. Whatever the skills, their physical strength is insufficent for serious sword-fight with a men with even moderate skills. So any female character, unless seriously handicapped, will be a superhuman.

I'm sure the Japanese onna-bugeisha, the 100s of Korean female warriors and 1000s of chinese females warriors of history that totally destroyed men would disagree with you.

Tomoe Gozen survived the whole war as a frontline captain(She engaged the enemy at the start of every battle all of them men). So, you are just wrong. And I'm suspecting you know nothing of swordsmanship, archery, woldo/naginata or spear. Or even to a further point even unarmed combat. Life isn't a wresting match with rules. I suspect you aren't comfortable with yourself, so you push a chauvinist-nonsense view. History and real life tells us differently.

Women are just as capable as us, sure if they are in a western style mace and heavy plate-armour battle they may struggle to physical strength, but this isn't the case in this game.

lauris71.. kind of narrow minded. like a boss, 'bro'. NOW MAKE ME A SANDWICH!

Mediocre trolling, would not read again.

Go play shogun 2 or mount and blade. And please, realism? The game is based in a vast desert landscape, with little to no oasis/water source. There are dudes running around with swords and bandits all over the place. Such a dangerous evironment yet you say women would be insufficient is fighting? That kills realism because i'm pretty sure they would grab a sword, or more likely the naginata, and slice your balls off for spouting non-sense. Besides, why see a buncha sweaty guys in the desert when you can rather see a buncha *** kicking desert chicks?

@방탄_수도사
Don't use wikipedia as a source for serious arguments ;)

@lauris
Totally wrong omg, so wrong it sounds almost like trolling ;)
I've been doing Kendo and iaido for years now and technique trumps physical strength by far.
You can kill someone with very little strength and adding more muscle mass doesn't help you out.

To defend myself I will just say; I simply didn't care enough to find anything more serious to answer an already outrageously stupid comment! - As it goes, Wiki does stack in this case.

Well i guess in this case you may be right^^

At least my comment still stands when it comes to serious discussions, so it's not lost words :)

I'm just happy the community is serious enough to bury that comment fast enough^^ pies for everyone!

Totally agree, I would hardly say 'outraged' but I was not exactly happy to see that kind of stupidity.

Please don't focus too much on appearances. I never zoom in far enough to see faces and completely skip the character customization screen. Armor crafting is welcome, beards not so much. A beard doesn't help me in combat, construct buildings, or make money.

Oh boy... I absolutely hate being so OCD about it, but I have been known to spend up to an hour just on character customization and name-choice in games. Would kill me to just skip it. I envy your apathy.

There's stuff to do and games with more detail in character gen if that's your thing. I came for the open world, not the facial hair. I have facial hair already. Plenty of it. Had it for decades.

Customization helps put you in the game, it makes me feel like im an adventurer and stuff. Since you dont zoom in, just skip customization. But for those of us who like designing our unique character, we suggest they keep custom.

Keep it in the game, certainly. I don't mind that. But there's not much to do right now. More features, less eye color at this early stage.

Imo it's not like he lost tons of time doing this, the dev had a freelance studio working on new art for 9 months or such while he implemented other features.
I think implementing it now that it's ready should be alright, especially if he intends to keep working with the studio for more art.

A beard doesn't help you in combat!? Chuck Norris would disagree.

You obviously do not understand the powers of the lumberjack beard.

I kind of like the idea of Factions disliking you for wearing looted armor, but at the same time I kind of hate the idea. Unless everyone literally knows everyone in their faction, I don't think wearing a full set would capture someone's attention unless you were hanging out with your group that weren't even wearing the same thing. I think its a mechanic that could be worked on.

I'm thinking a system like the faction vehicles in Mercenaries could work; at a distance/to non-faction you pass muster, but hanging around faction members/guards at close range will blow your cover.

Can we have female characters and beards together? Or are they separate?

well I have been a player of your game since forever ago near the begining. It has been so great watching the progress of this game, your news comes at the right times as I am looking and just start to think its been ages since captain deathbeard has said anything about the next update and then the next day you have posted about it.

Arse beards will be in a future update.

good good glad to hear about that... Glad too see a developer with humour too (life should be fun)

NO he is serious there will be *** beards.

In Kenshi we never joke about pie, beards or bees!

well i,ve been makeing mods for the game for quite some time now just wondering if any one wolud like to check them out but there should be trees and such it's a little bland just finished a female char it took forever but i need some MESH files for the woman's clothing i see what you mean Death beard BTW like the new armour art