I’ve discovered the solution to the game’s (Survival of the Fittest, that is) fatal flaw around the beginning of the week, and next week I shall start to use it to rebuild the game world yet again.

The day/night system was “infinite looping”, that is, looping on and on OR a script is lagging so much it appears that it is looping. It is the first case for sure because of a stupid error on my part that wasted a lot of time and upped the development time by a month approximately. It was infinitely looping because I accidentally told it to continuously loop in the script. Derp.

Well, I am back on track now, or close to be, so the one major thing to take from this is now the game world is split up into parts instead of one continuous landmass which was a major memory hog.The other major news is Genericopolis - Guns n’ Gangs is cancelled due to similar but not fixable technical issues, and as well, this game didn’t interest people as much as the one I am now focused on. Doesn’t matter to me. I’ve learned many a lesson the past weeks.

The achievements system was ditched because it lagged so I added a screen with all kinds of stats about how you play which I will show when it is completely done. I also made and found new graphics for houses and the ground (dirt, grass, etc.) respectfully, which are shown below. 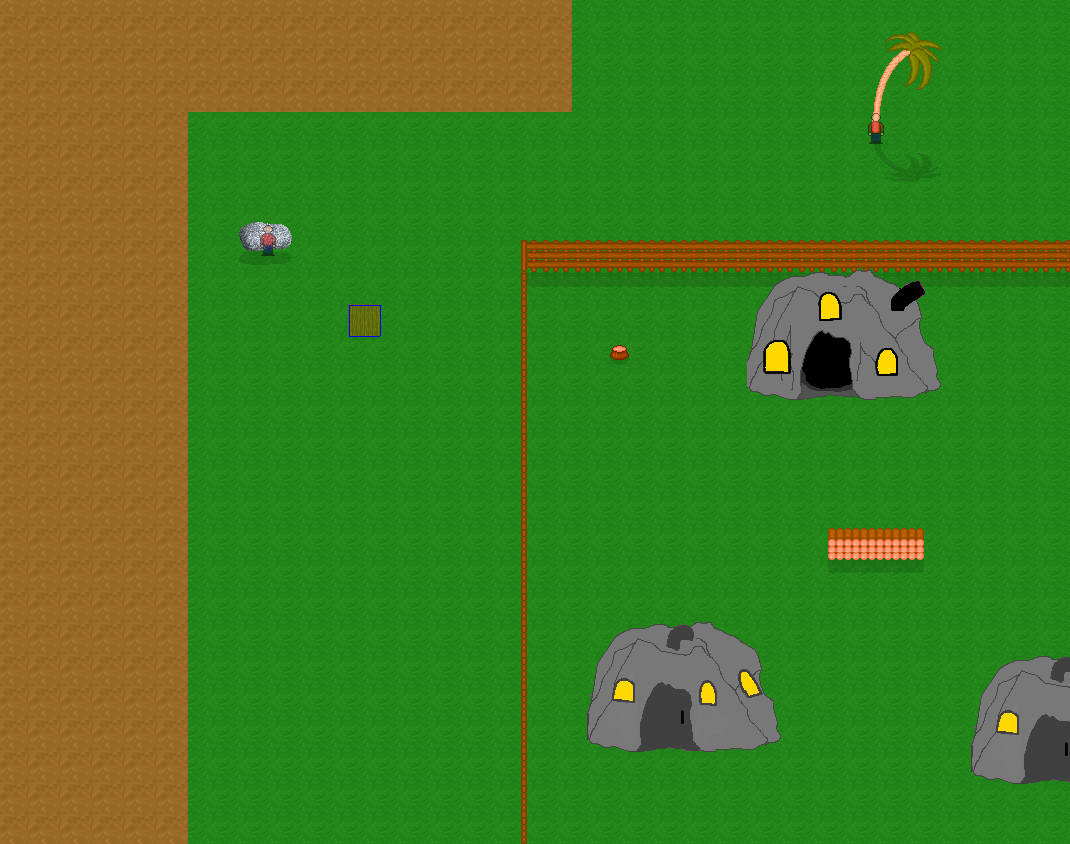