I have decided to switch to an update every 2 weeks. What an awesome two weeks it has been!

I have decided to do a update every two weeks to save time for development and to cut down on boring updates. This past couple weeks was a busy one. Last week multiple things happened, including a trip, and construction work on my yard. Both of these cut into my time so I didn't get much done last week but I got a lot done this week.

The world is being built and worked on still, and slowly but surely I am getting there. I am starting simple first and adding in more details later. The world is HUGE. I recently did calculations to figure it out. I based it on the fact that every tile is a foot. I multiplied the number of tiles in one map (they are all 150x150) by the number of total maps (was 27, now 26). I ended up with 585,000 tiles total. I am Canadian so I use km and metres so I converted that into metres by dividing by about 3. 195,000 square metres divided by 1000 is 195 square kilometres. To put it in comparison, a little over 5 Skyrims, not counting the size of dungeons and stuff like that. I am hoping to get some tameable rideable dinosaurs in there soon.

I also got a variety of systems working, albeit simply, such as fishing. I once again dialed-down my creature size system to stop it from creating too big of creatures. As well, I made very minor tweaks to the HUD.
In the next few weeks I hope to get the basis of the world down and add herb collecting and stuff like that. I unfortunately don't have any exciting screenshot worthy action. For now, thanks for listening! 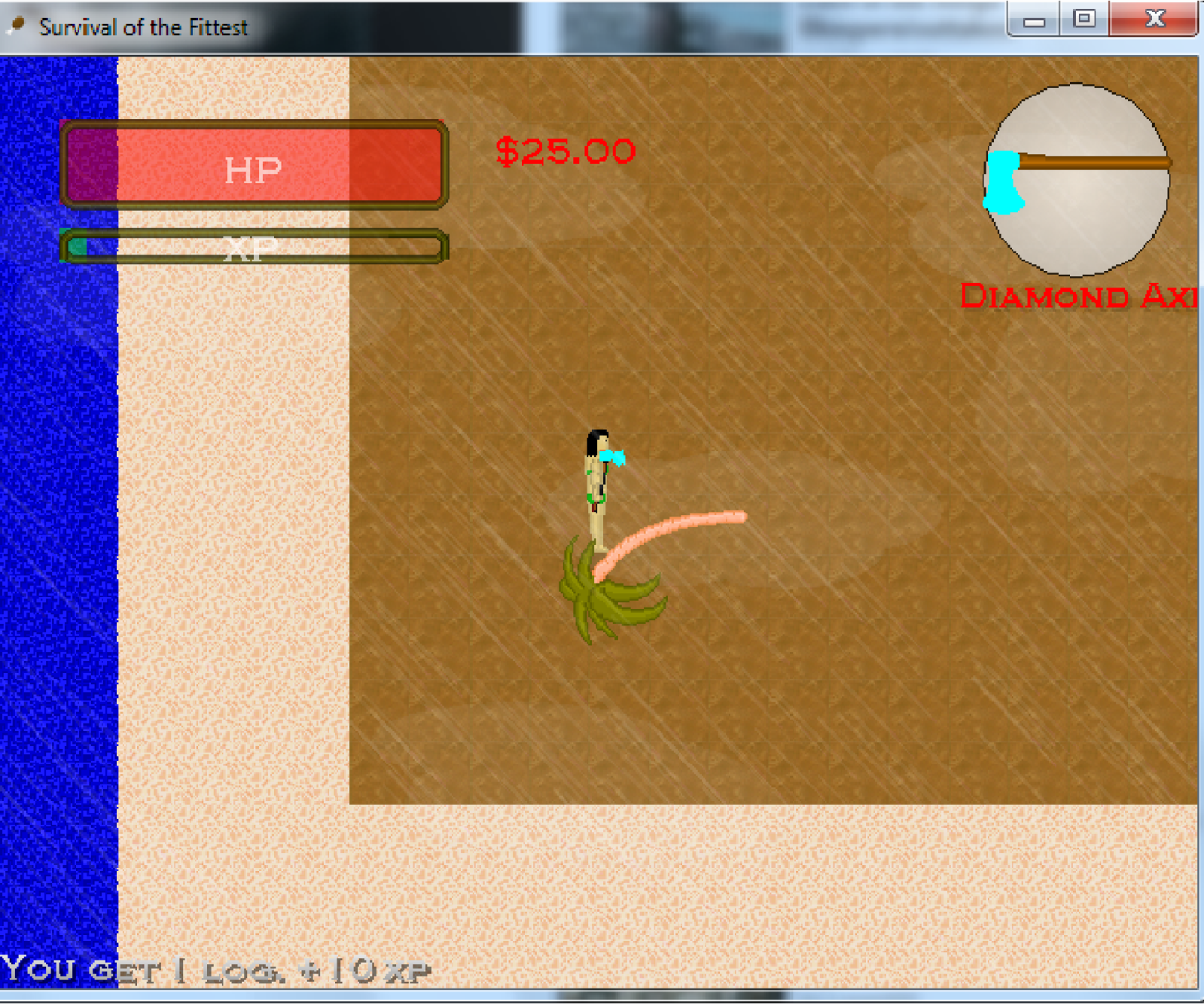