Progress on inventory, animations and some other stuff.

These past days when I had time to work on this project, I managed to create a working Inventory system from scratch which I am currently very happy with, at least with it's early version. 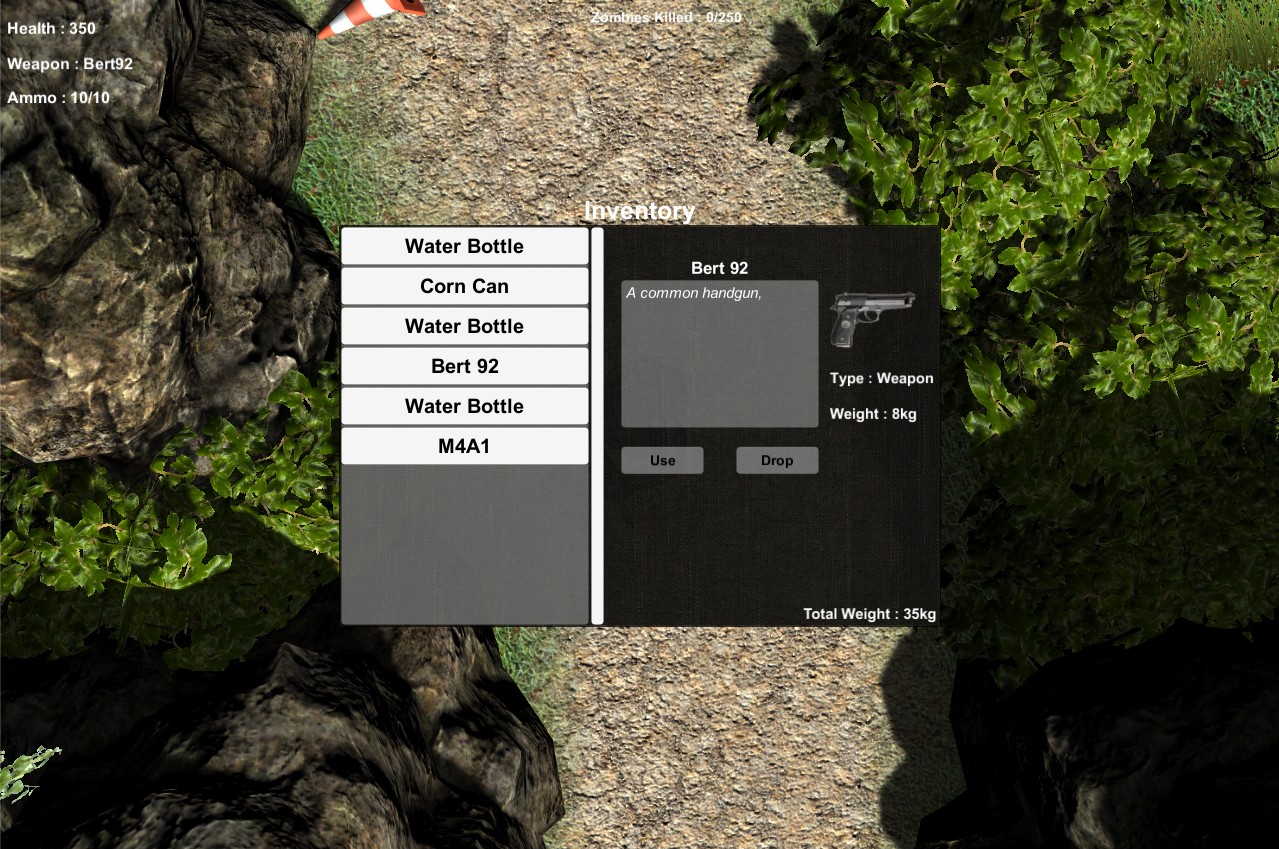 Also I improved the park scene, as well as started working on a new scene which will probably be some sort of factory. 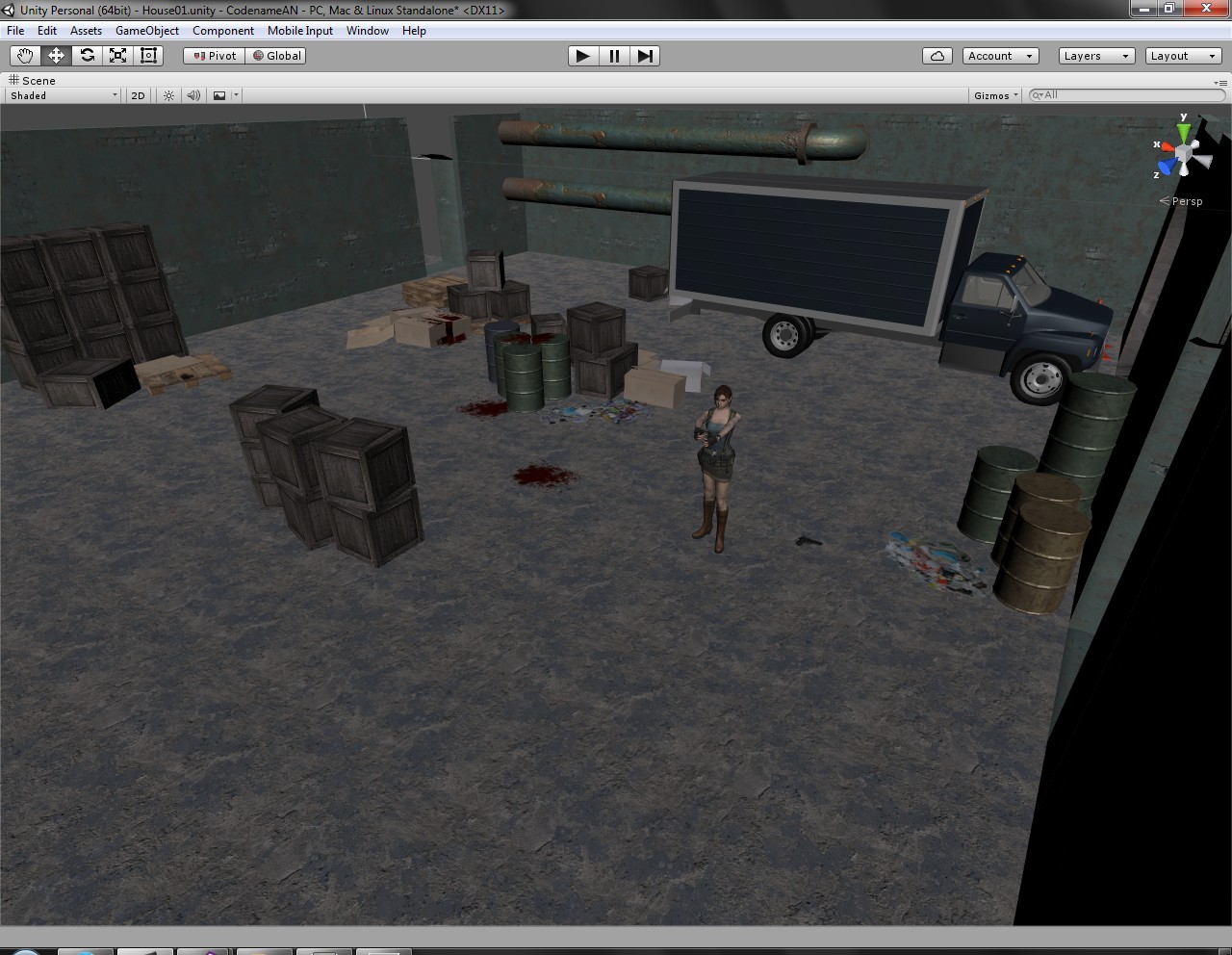 At the moment, my game characters (player and zombies) were 2D images and not 3D models. The reason is that I lack animations. Unfortunately I don't have the budget to buy any paid resources so I am using free ones or I create some myself. Although 3D character models can be found, animations are much harder to find for free. Anyway, I downloaded a 3D model of Jill which can be seen in the above factory image. For those who are familiar with Resident Evil Series, Jill is the main character in Resident Evil 3 and my favorite one. I used this 3D model to start making animations myself in Blender at least so that I can have some placeholders for the time being.

In the above .gif you can see a couple of animations(idle and shot fire) I've managed to make! I am just a programmer myself but I've been learning 3D modeling this year and now I learned some animation as well! I know that the animations aren't good but personally I am very satisfied with the result because I will finally have some placeholders to use which is great!

Please keep in mind that the Jill model is just a placeholder which I will just use for testing purposes and will change it in the future with a custom one.

Apart from the above things, I also managed to fix several bugs as well as I added footsteps sound which apart from adding realism, I managed to setup a programming base which I will use for future sound playing.

A final thing, is that I added a couple of variables food and hunger which are currently unused. I still don't know what the final game will look like so your opinion is welcomed! Either I will make the game a bit more rpg style with survival elements and such, or I could go the good old Resident Evil camera gameplay or even a mix of them!