Paranormal is now available on Desura! Vote for Paranormal on Steam GREENLIGHT! PARANORMAL HAS NOW BEEN RELEASED! Version 1.2 is available NOW!

PARANORMAL 1.2 IS NOW AVAILABLE ON DESURA

Paranormal is finally fully released! Paranormal 1.2 contains many bug fixes, as well as a new experimental gameplay mechanic called Stains. Stains are paranormal hotspots that have a small chance to appear throughout the house. Are they dangerous? Only one way to find out. See the changelog below for more details. 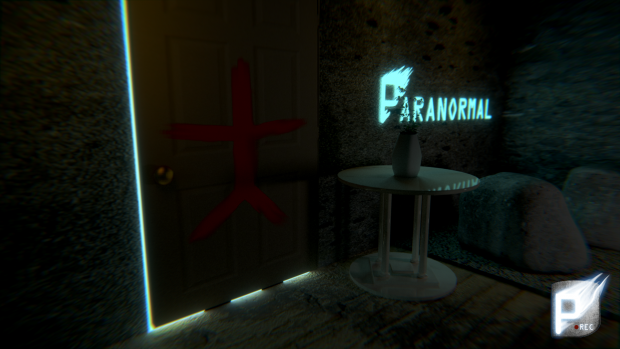 Help Paranormal get on Steam by rating it on Steam Greenlight!
HELP FUND THE GAME ON INDIEGOGO!

when i play my game it show the batteries but it shows a black screen Please Help!!

Does your computer use an Intel HD 3000 graphics chip? If so, it's a known issue with UDK that is beyond my control. I'm working with EPIC to get it resolved. As stated in the game's system requirements, integrated graphics aren't supported officially yet. But don't worry, I'm always working to improve compatibility!

Any news on an update to fix the blackscreen? i was so excited to play this game like 2 weeks ago when I bought it, only to find that SPECIFICALLY my chipset is not supported

Sadly that is something only EPIC can fix, since it's an issue with UDK, not just my game. I'm working with them to fix it, but they've given me no real information. The game's system requirements say the integrated chips aren't supported for this specific reason. I have heard that updating your graphics drivers can fix the black screen issue, but I can't confirm that this is true. I'd try that. Please get back to me on whether that fixes it or not. Thanks! I'll keep you posted if EPIC gives any official response on the issue.

My computer uses an Intel HD 3000 graphics chip. Can't play it. But it looks really nice. Hope I can play it soon! Keep the good work!

Might I suggest for future improvements: longer increments between "hauntings" and other tasks/objects to complete not relating to the scares. This would give it more of a real life feel if day-to day activities and character development were also in play.