We're days away of completing the programming of the game and a detailed To-Do list will let you know what's left to be done.

Hello everyone. Here's another update on Agapan's progress.

The Alpha version of the game is still on the works, with around 80% of the programming completed. We've been working on several things at the same time as well. Here's a detailed To Do list to give you an idea of what's left to be done:

- 12 out of 19 Character Illustrations have been completed. The most important characters with the most illustrations are done, only secondary characters are left.

- Map and Pixel Art. Preliminary sketches, color palettes, and overall style has been decided. Mapping in RPG Maker using placeholders is 100% complete, only the art is needed to replace the placeholders. An additional person will be joining the art team to help in this area.

- Original Soundtrack made up of 6-8 tracks. The opening song is in the works as well as the rest of the OST. Our composer is waiting for the programming to be completed in order to have a much better idea of the duration and style of each track. This way, music will carefully enhance the mood and immersion of the player in every scene.

- Opening video. Once programming of the game is completed, I will focus all my time on this important element that will end up being the "Face" of the game.

- Japanese and Korean translations. The Spanish translation is in the works and will be completed shortly after the completion of the programming.

We will keep you updated with anything we complete. The release date we set on December 20th is still possible to achieve. However, at this rate, there's a chance it will be pushed until January. We will let you know if that happens immediately.

Thank you so much for your time and support. Our Indiegogo campaign is over and we're very happy with what we obtained. We will use these resources in the most efficient way possible. A big thanks to everyone that donated!!!

We leave you with another character illustration: Carlos, an ordinary village boy living an unhappy life in Agapan. Carlos is extremely shy and cautious with everybody he talks to, making him the anti-social kid from his class. Julieta has showed him the wonders of the outside world and is obsessed with the idea of one day escaping from Agapan forever. Illustration by Arim Jeon. 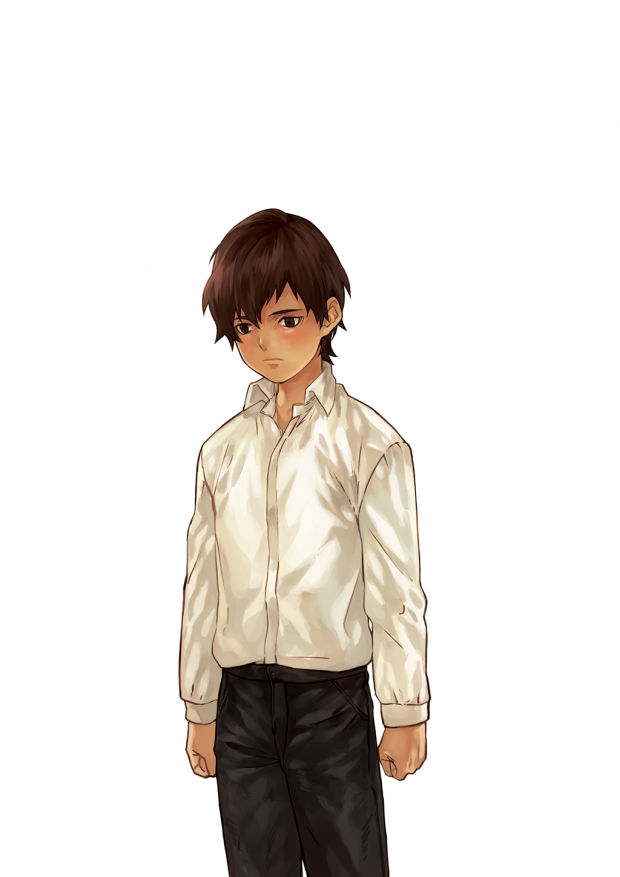