Primary Shift is now on Steam Greenlight. Help us get the game sold on Steam!

Primary Shift on Steam Greenlight
Also coming to Wii U

Primary Shift is now on Steam Greenlight. Help us get the game sold on Steam!
Steamcommunity.com

Primary Shift is an action platformer where you need to use your head as you shift the background’s color in order to control which platforms, enemies and obstacles appear on screen. You must think carefully which color (red, blue or yellow) will help you proceed further; a simple task that gets increasingly difficult as you go.

The game is set in school; platforms are school supplies and enemies are numbers. Help Timo to graduate by collecting good grades at the end of each level. Some good grades require special objectives, such as completing a sequence by defeating the right enemies. 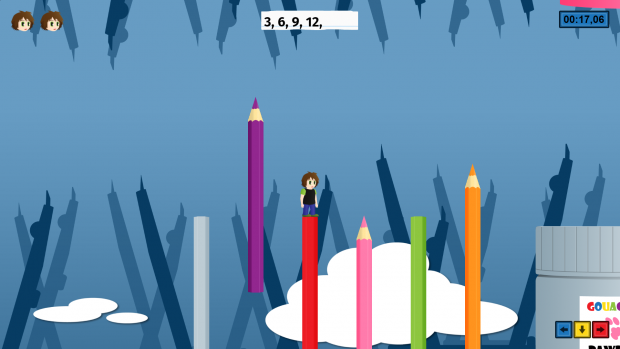 Challenge both your reflexes and your brain as you try to make your way to the end. Also, your best time for each level is recorded; replay the 40 levels to try to beat your records!

Coup de Grâce has been working on Primary Shift for 18 months and plans to release the game soon on Steam and on the Wii U eShop.