Me and Seth have been working hard enough to get things done, and slacked off enough to not get burnt out for the past 6 months and so after a good 6 months of hard work work.. without further ado..

First of all, I want to take some time to talk about the status of the beta phase. We really like it.

We're almost done making Nin
Me and Seth have been working hard enough to get things done, and slacked off enough to not get burnt out for the past 6 months and so after a good 6 months of hard work work.. without further ado..

The game world is basically complete as you can see, all we need to do is add some buildings and trees and what not and it'll be a full game I'm sure!

Premium Masteries
So we asked ourselves internally, what does a pancreas do exactly?
We decided that it would be best to add new masteries for everyone, because 8 just wasn't doing it. Some of the ideas that we considered included Seals mastery, Genjutsu mastery and of course Puppet mastery.

So presenting to you...

The mastery of Itachijutsu, Uchiha Mastery makes you a Itachi, a prodigy of the Leaf Village's Uchiha Clan, who became an international criminal after murdering his entire clan, sparing only his younger brother, Sasuke.

Itachi-nin can learn jutsus such as Sharingan and Raven Fireball Technique.

Scorpion Mastery is the specialization of clawjutsu, it transforms you into a Scorpion and you get a variety of customization options for your scorpion-nin.

I'm sure you guys will have a lot of questions, especially "why is there no red option?"
We initially included a red scorpion option, but we eventually decided to remove it because it looked too much like a lobster.

Which brings us to the final mastery!

Unlike Scorpion Mastery, however, Lobster Mastery does not have customization, as we firmly believe that lobsters should remain red.

Paid Masteries
As we've hinted in the title of this development log, these masteries will be Cash Shop purchases. We've yet to set a price to unlock them, but we're looking at a subscription model. 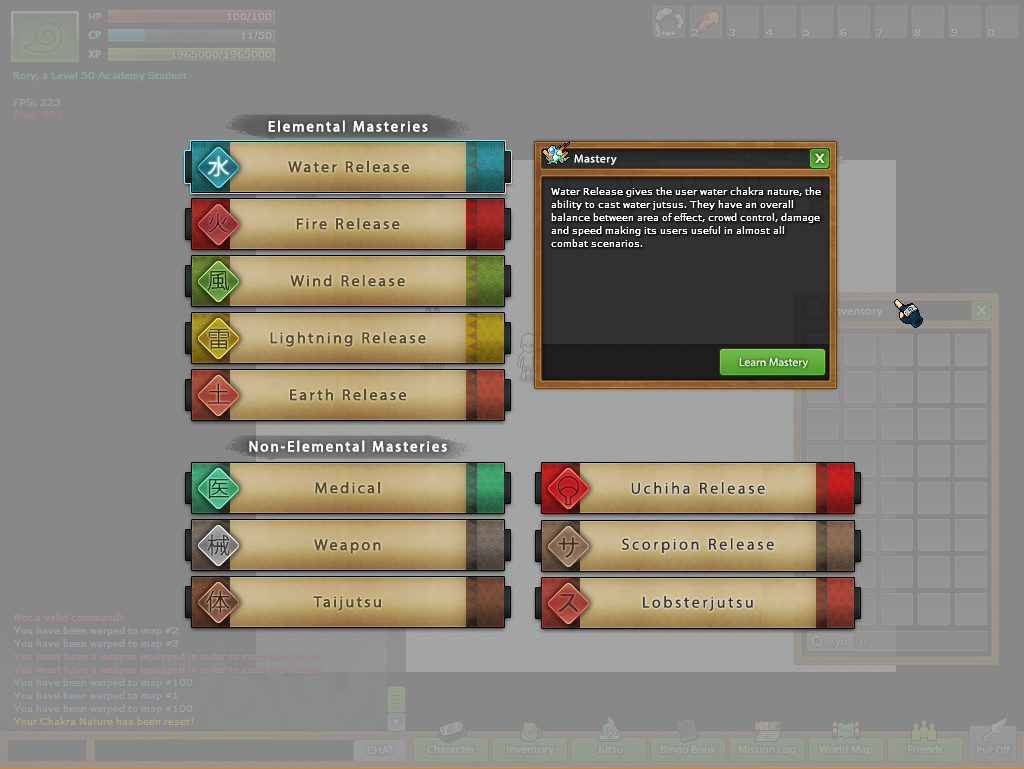 Thank you for taking your time to read this! Please leave us your feedback.

On a serious note, here's something that we missed.