All you need to run this cutting edge demo of Phoenix USC is a web browser and a good video card. You will be able to run Phoenix USC at 1080p , 60FPS with a full featured native desktop gaming experience. Including a window based GUI. I have spent years crafting a game engine (Alien Phoenix) capable of bringing a desktop gaming experience with all it's lighting, shadows and visual goodness to your web browser.

I have released a pre-alpha demo for Phoenix USC designed to introduce you to the top-down MMO gaming experience coming in later releases of Phoenix USC. You'll be able to choose from three missions designed to give you a feel for combat, navigation and the head-to-head action that is a part of Phoenix USC's game play.

To get started you will need a web browser like Chrome, Chromium or Edge. These browsers will allow Phoenix USC to run very well.

Next, go to my website, allow the game portal to load and run, then click on Play Phoenix USC.
Phoenixusc.com

Phoenix USC should start loading. Let it fully download and run. Agree to the license and enjoy the demo.

There is no charge to play and I don't track any thing or collect any data. This is a test of my game and the game engine that runs it.

I have included a video of my system running a special version of the pre-alpha demo. The demo is running in wide screen on 3 27" 1080p monitors with a resolution of 5760 x 1080 on the Chromium web browser at 60FPS. Later versions of Phoenix USC will support higher resolutions then 1080p. Resolution support will be similar to the way the Phoenix USC game portal works now.

Wide-screen capture of the per-alpha. 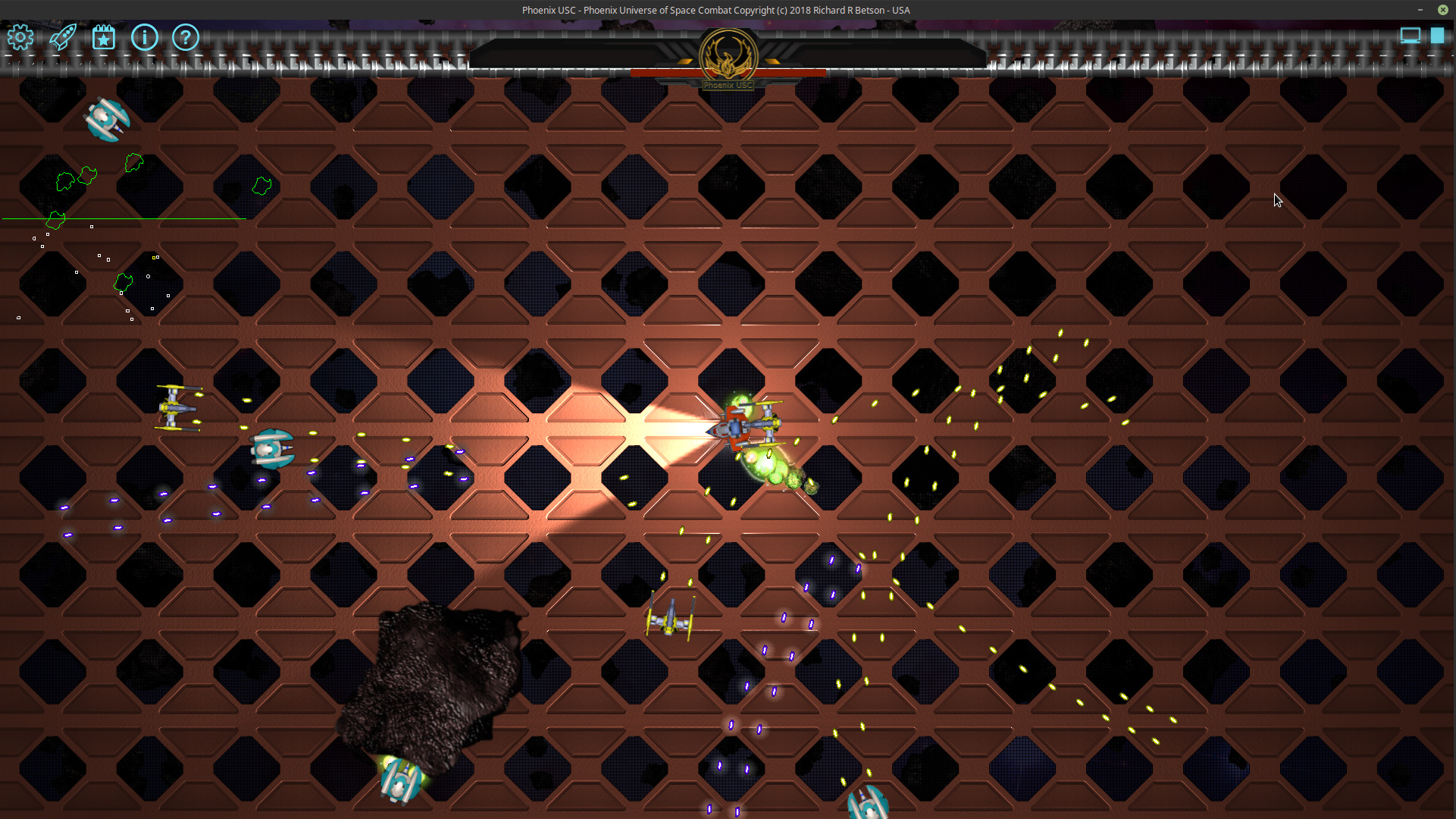 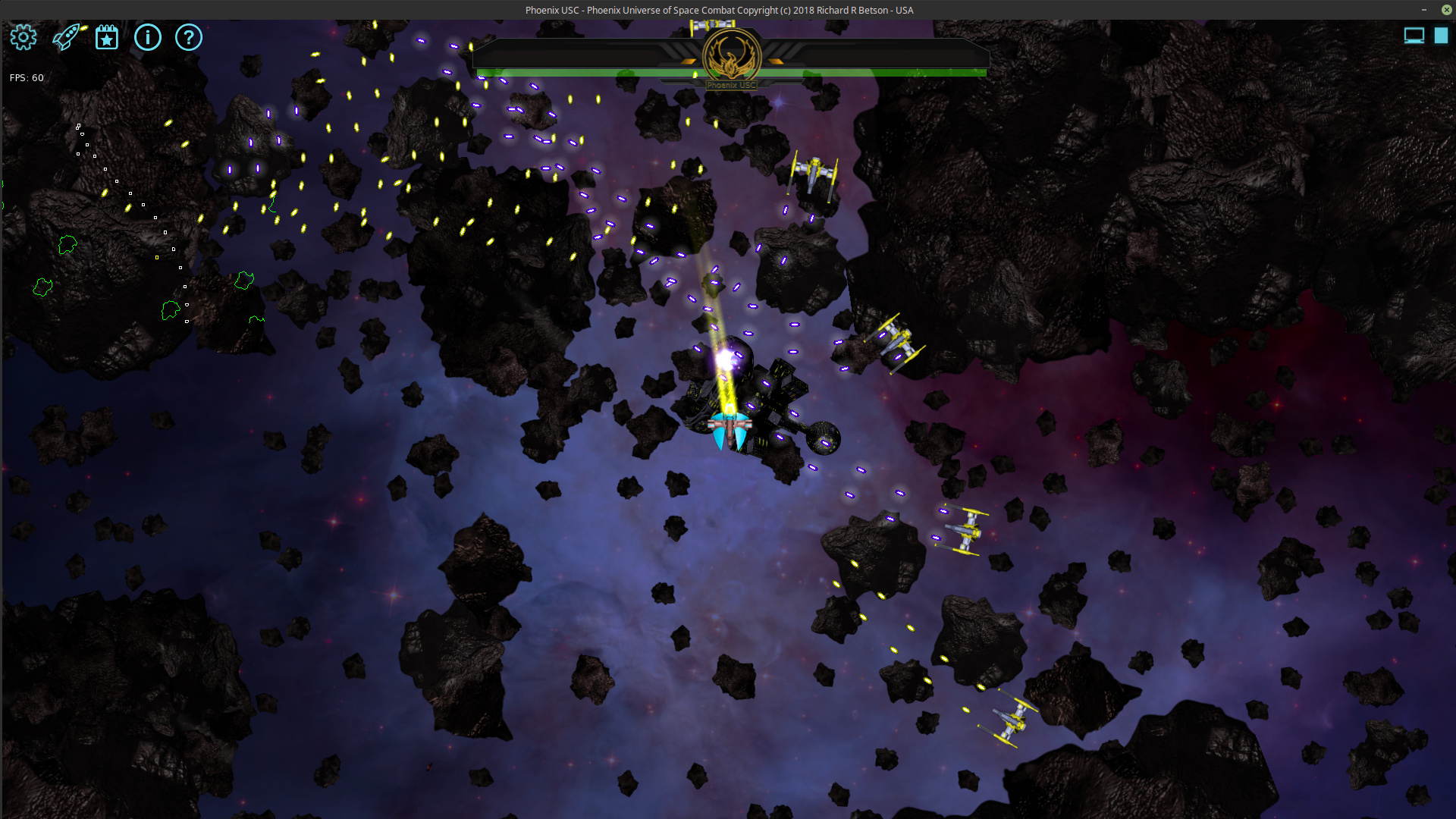