Postmortem, playing as Death sent to claim a single life in a conflict-torn nation, is nearing its next milestone - New Art, Rewrites, and Beta Tester Signups!

Yup, it's that time of the year again kids - our exploratory narrative game Postmortem is reaching the next milestone with brand new art, major character rewrites, and beta testing opening up next week!

For the curious mind, here's a few of our the biggest changes coming:


And of course some other new features and bugfixes. Oh and we are still open for an extra Writer/Editor or Items / Viewables / UI Graphic Artist as well if you're interest - shoot us an email with some samples! 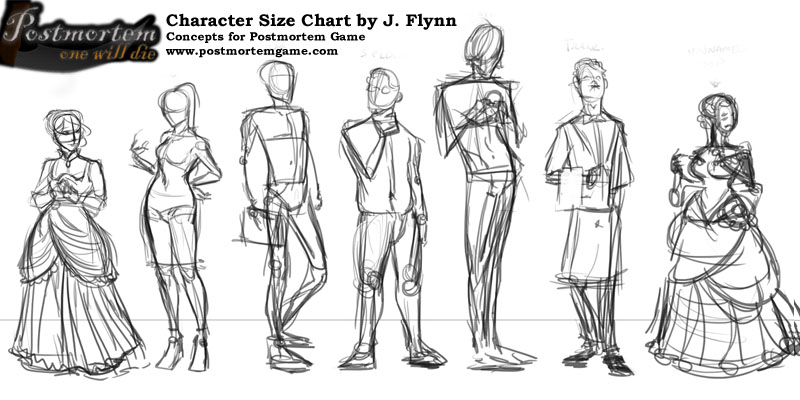 Who is this mysterious cast of characters?

And if you haven't already: 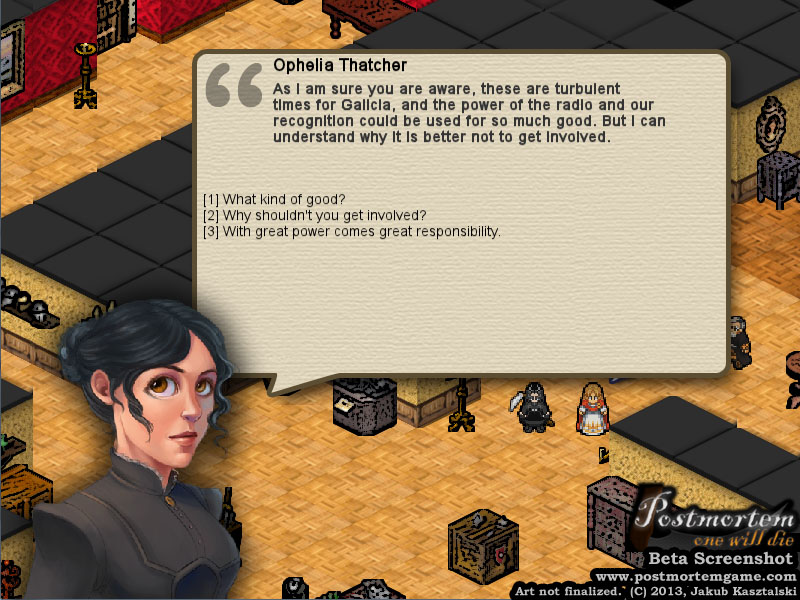 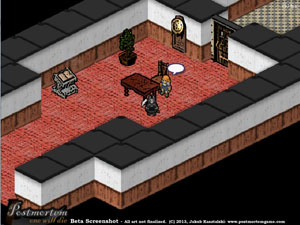 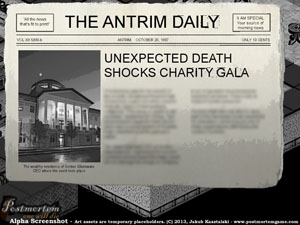 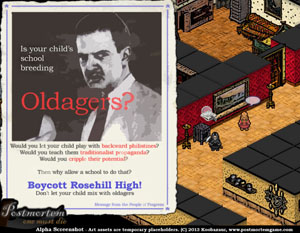 Postmortem is a exploratory-adventure Indie Game casting you as Death Incarnate sent to claim a single life in at a peace Gala in a nation torn by violent domestic conflict. By exploring the space, conversing with the patrons, and uncovering various clues, you will learn about the world and the characters, revealing how their deaths might (or might not!) influence the country.

But how much should you meddle with mortal affairs? Perhaps a random choice is the fairest? What other effects could your involvement have? Find out this August!