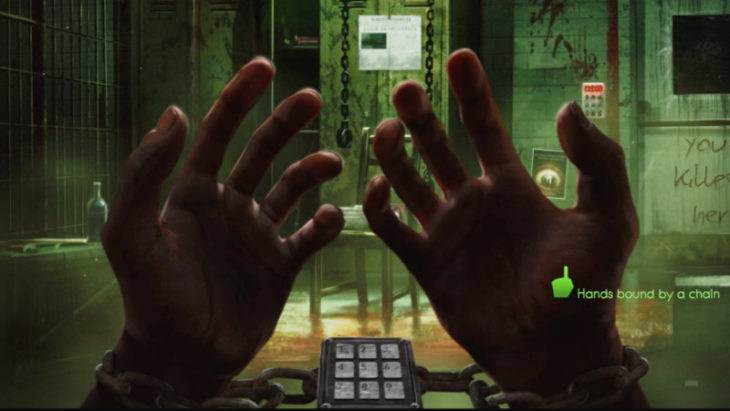 Play With Me is a game created by a single-member Polish studio. In this game, the players have to face a series of difficult puzzles and only by solving them, they can survive in the mysterious room of puzzles in which they unexpectedly woke up. Source: Thefrisky.com

The challenges are ambitious and often require very complex actions to figure them out. In fact, some pieces of the information necessary to complete the game was not even included in it – the players have to look for them on the Internet.

“See how a game created by the very Jigsaw would look like! Use the available objects, outwit tricky illusions and optical puzzles and above all, answer the question – will you dare to Play with Me?”

How does it look? In one of the puzzles, the players had to carefully watch the teaser of the game, in which for a fraction of a second a board with a hidden message appeared:

Did you notice that? If not, here’s the part you have to gaze at: 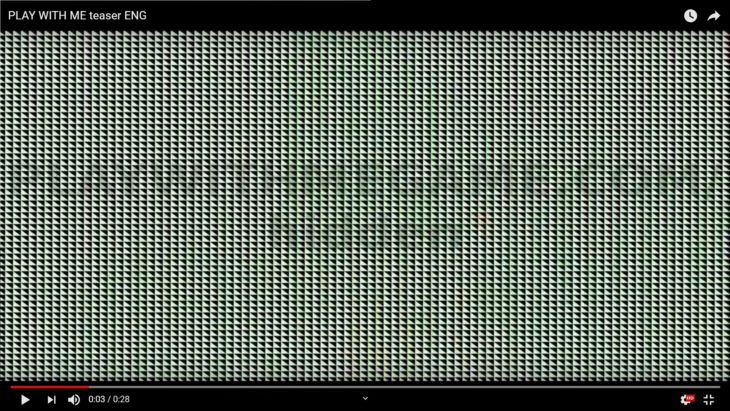 Even if they were surprised by the encountered natural circumstances, they decided that this was the developer’s plan and they started exploring the site in the search for hints. Some of them supposedly even tried to get the information by talking to naked women performing in front of the webcams. 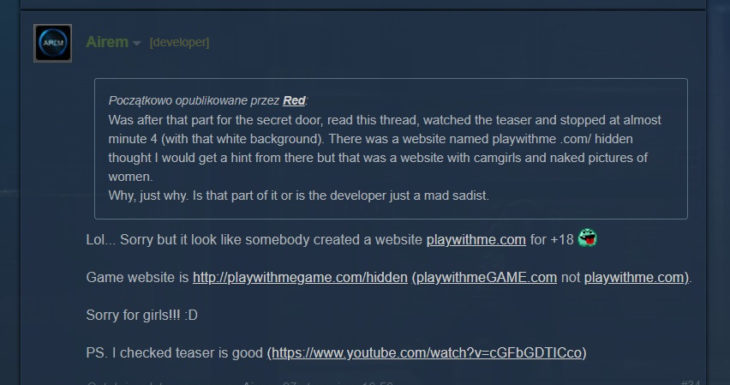 Airem, the game producer, apologized for the confusion by asserting that it was not his intention to direct players to this kind of content. The solution to the puzzle was just in case published on the Steam forum, however, there are probably some players who decided to check out carefully for themselves if for sure there isn’t a hint tattooed on a strategic place on the body. 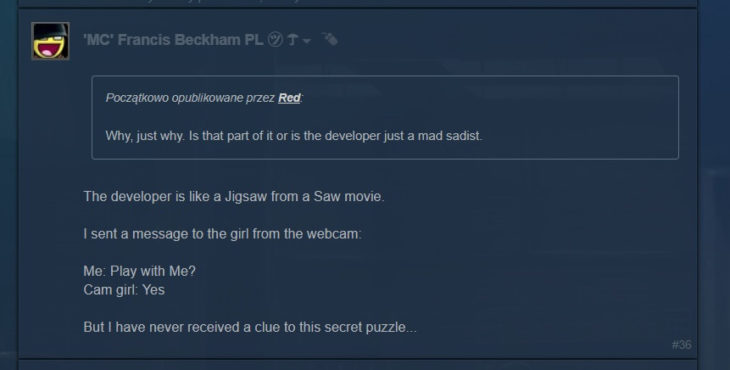