I've added the last couple of new features for the demo, and I'm currently working on polishing it up!

Polishing up the demo...

Last week, I mentioned that the demo was going to be delayed, but with the current progress, it seems like that annoucement wasn't neccesary at all! Development is going really steadily and I'm currently polishing a lot of features for the demo version of the game.

Today, I'll give a little overview of the new features added to the demo, aswell as some small improvements I've made over time.

I've been working on a couple of tutorials regarding turn-based mode, and they're finally finished. I've had some people look at them, and they've told me that the tutorial is pretty clear, as is. I've tried to make it as concise as possible, but with a chess game, it's pretty hard to do that.

I feel like it has worked out in the end, and that the turn-based mode is now clear for (almost) everyone.

I'm still debating if I'm going to add tutorials for the world mode, or if I'm going to leave it to the player to explore. Placing buildings isn't all that hard, after all, and finding out what they do is way more fun than having a tutorial tell you everything. 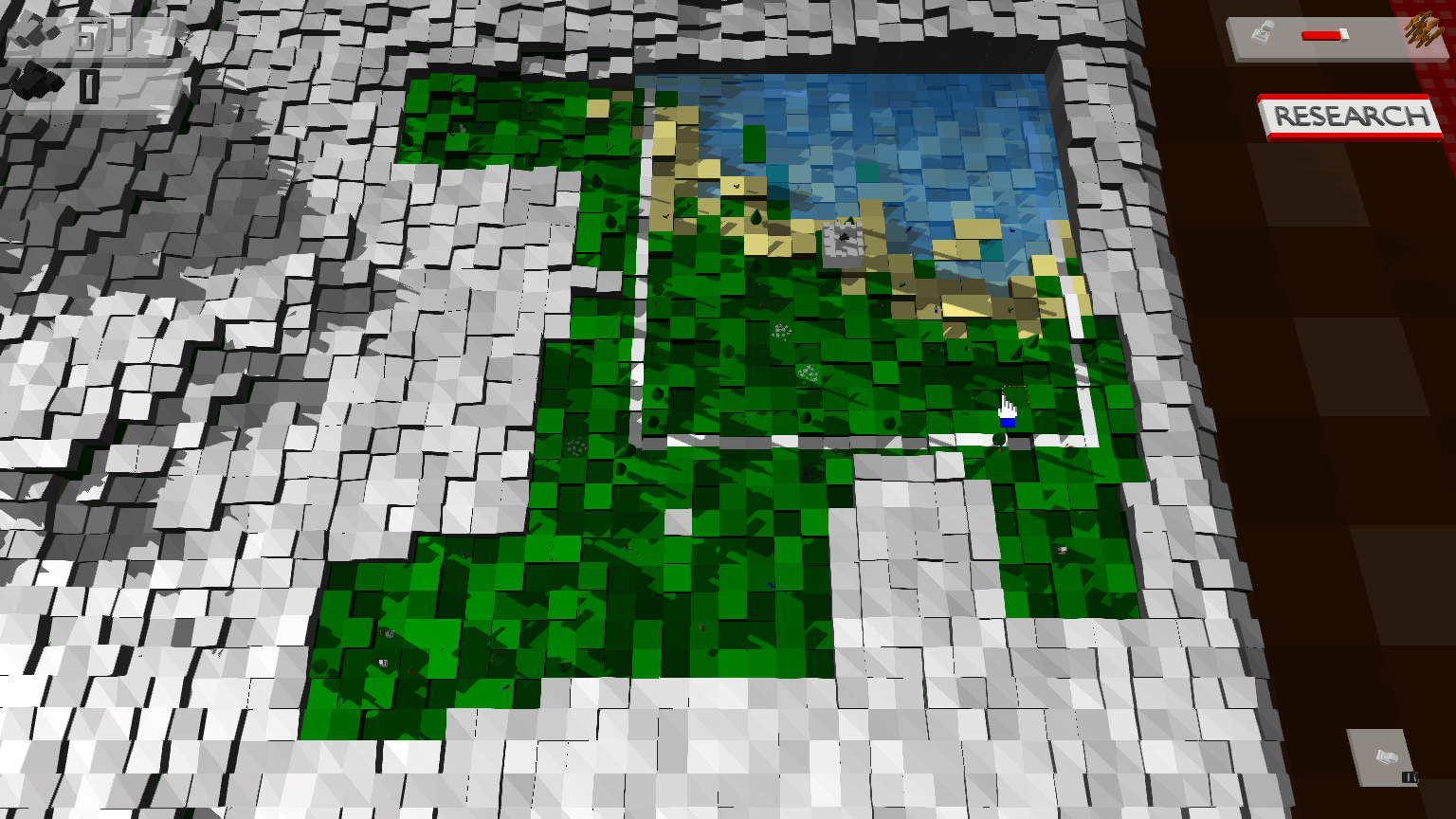 This is a pretty big feature; I've added in fog of war. The fog of war has undergone a couple of changes overtime; I'll give an overview of the progress down below.

The fog has two major purposes: Have something to do when waiting for a research, and covering the location of the enemy. I found that it's twice the fun to explore the world without knowing what it looks like; especially when it's completely randomized!

The fog also comes with an option for pieces to "auto-explore". I found this an extremely useful feature, and it's a lot of fun to see your pawns wonder off into some unknown areas to encover what lies below it.

First look at the fog 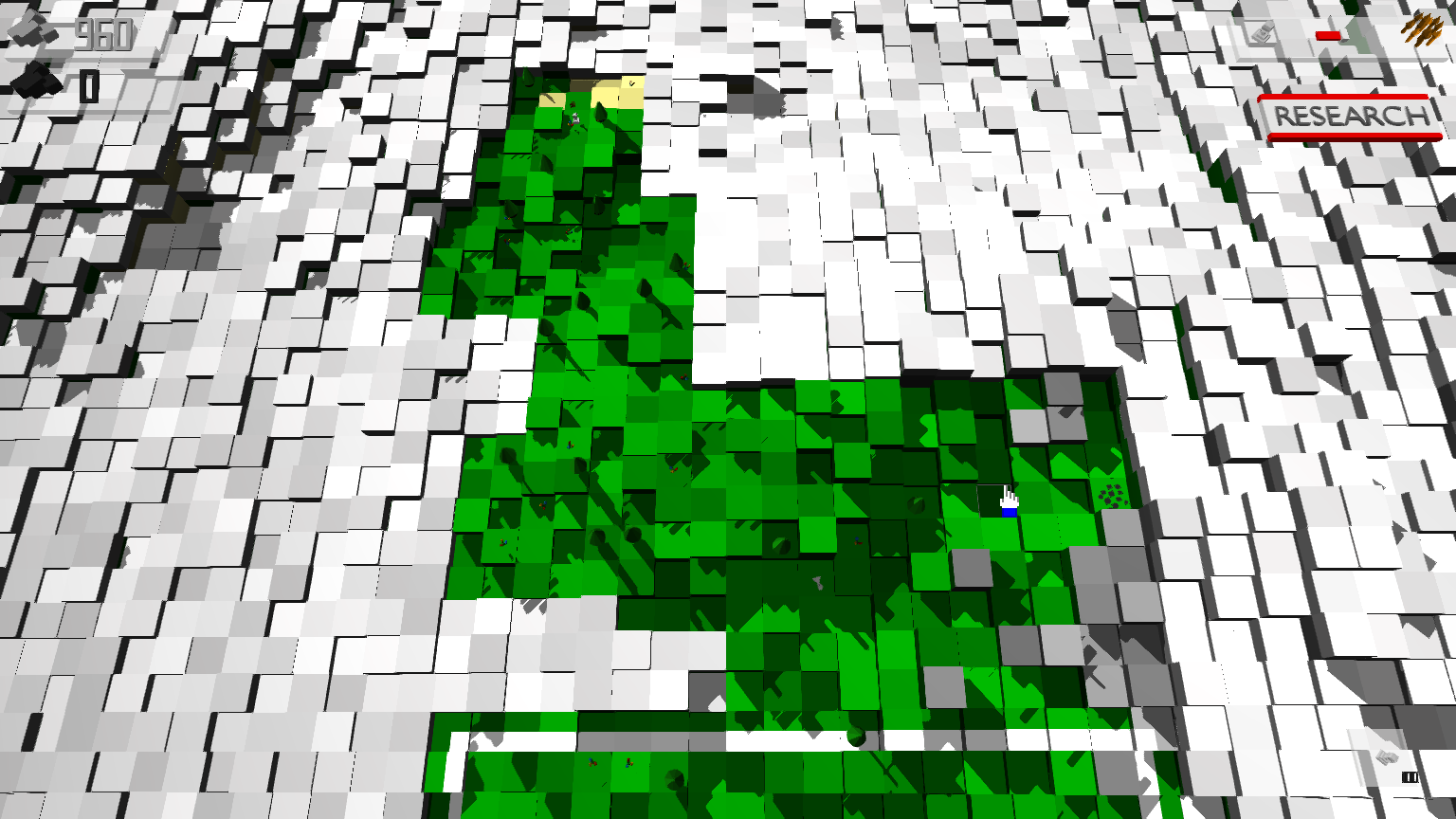 Lowered the fog down to a more suitable level 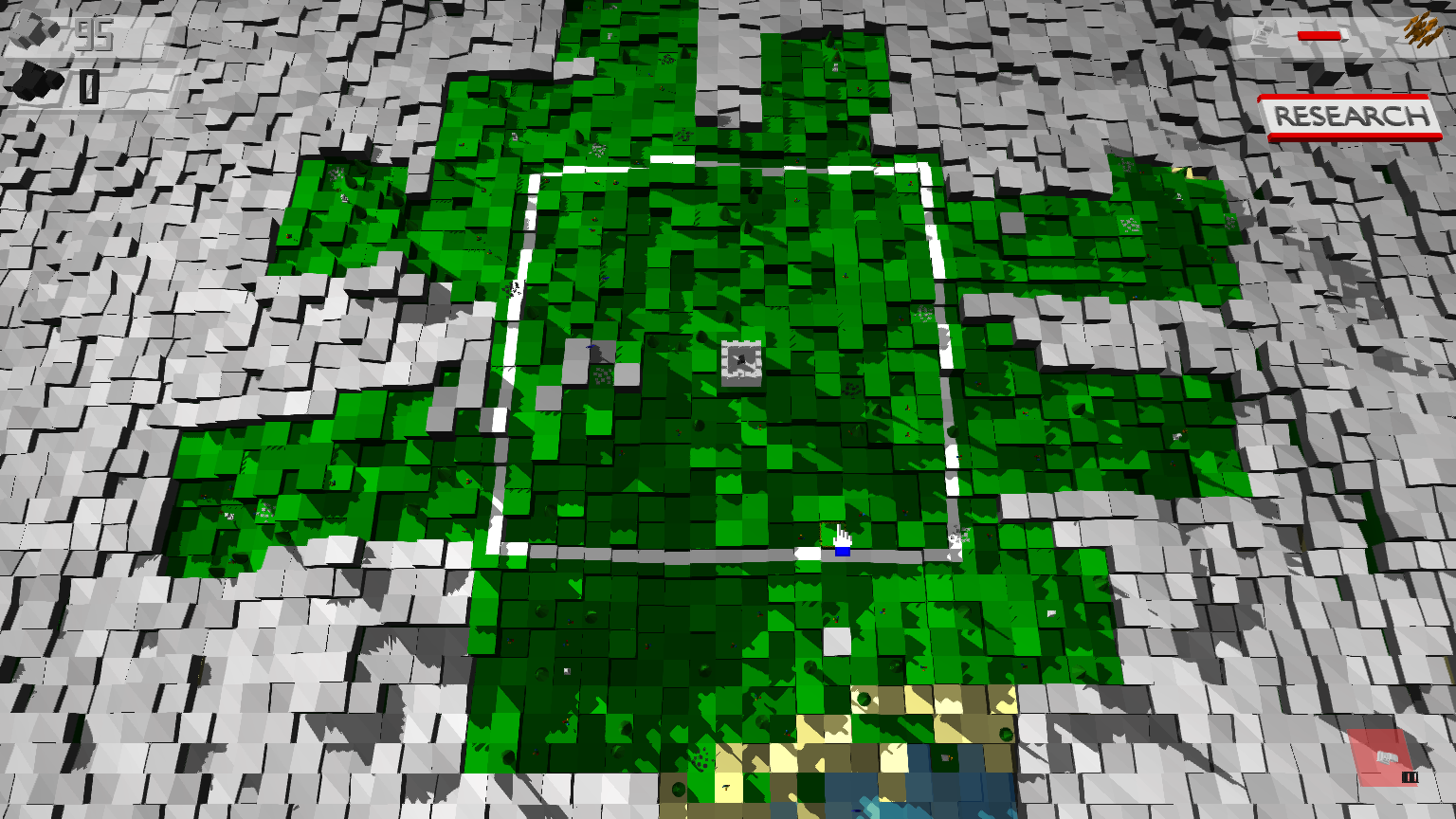 I've added a new building onto the research tree: The warehouse.

Previously, you could store infinite amounts of ore for free. This made no sense, whatsoever, and I've decided to add a restriction to amount of ore you can have. It's currently limited (by default) at 200 ore per team.

With limitations come ways to extend the limitations, and therefor, you can now research the warehouse. Each warehouse increases the maximum by 100, so if you have two warehouses (for example), you can store 400 ore in total.

The warehouse adds a little more variety in play, aswell as a bunch of new research opportunities!

I've been working on the main menu aswell! I've added a whole bunch of new options, including graphics, gameplay, audio and more!

The options still aren't done, as there's a lot of gameplay-wise stuff which require new options. I'll be polishing those of in the coming week, and then all of the options should be in!

I didn't keep a list, so I can't show all of the changes, but everything should be a little more balanced now.

I've also re-done some bits of the AI; Some of it was completely broken due to some new mechanics, which caused other bits to break, etc. I've redone the lot, so it should now be all handy-dandy again.

I've done a lot more things than I had anticipated, and I'll try to keep working at this rate to make sure that the demo will be available as soon as possible.

If everything goes to plan, I should have the demo out somewhere at the end of this month (although I'd like to see it a little earlier).

I'll keep on working, and I'll inform you guys again whenever I've got some more news!

Have a great day, and see y'all later!

Iron is easily distinguishable from the fog, as it's not an entire tile, but just a couple of blips, in my opinion.

Thank you for the feedback, none the less! Having all fog tiles be on the same height is quite impossible however, but I will look into the second suggestion and see if it helps!