Pokémon3D version 0.26 is a bugfix-only update. It doesn't contain any new features but rather slight adjustments. Even though there aren't any new features it's worth getting this update since the gameplay experience is improved because of the fixed bugs. 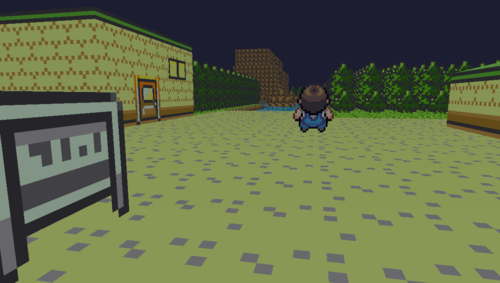 Pokémon3D version 0.26 contains only bug fixes and slight adjustments. There aren’t any new features, and I am sorry for that. There is so little time for doing all the stuff for school and real life.

But anyways, here is the list of fixed bugs:

You can grab the new version in the launcher.

Have fun with the game and the new update ;)

Dood don't even dare apologize to us. This is a great thing you are doing out of personal endeavors, and your skills and efforts are offering all Pokemon lovers an experience that none of us will ever forget. So keep doing what you are doing, and love it! Because I am for certain that Pokemon never truly leaves the memories of anyone who has been affected by it, and when you extend your unique personal spin on this world of Pokemon to everyone, it is simple more than enough.

im absolutly loving the game!! um had a question though, i downloaded the update 2 days ago but the downloader is still saying that the next update is 0.26...

I basically second what astrolord said. Thanks for the bugfixes and stuff, take care of your real life as much as you need/want to, and don't forget to sleep and eat and stuff!

it says on the 3d wiki page the next update is aimed for today?

how do u get all the pokemon?