Pokémon3D version 0.25 is out and contains lots of new stuff to discover. 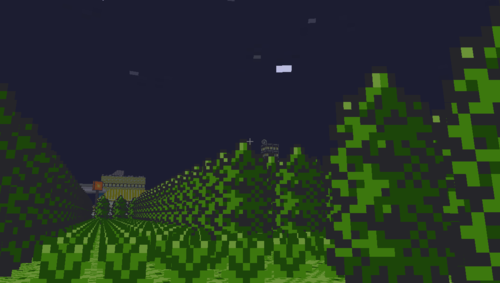 Pokémon3D version 0.25 is there and this time, it contains a large addition to playable areas as well as a huge amount of bug fixes and little changes.

To get more information, read this changelog:

Wow that’s a lot of stuff there. But even with all these bugs fixed, there could be still some to find, so if discover something that looks like a bug, look it up on the forum page here and if it is not listed there, you can report it there.

Have fun with the new update ;)

I would get this if it had a view that wasn't snapped to 90 degree angles... (if that has been changed let me know, because otherwise this looks awesome!)

Yeah, it is pretty original, but I prefer an option to turn it off.

You can change the view by pressing C.
You are only forced to walk in a grid.

it is free right?

Dl'ed it a few days back and fell in love.
It's just the right thing to have after my Gameboy stopped working.
Kudos to all involved.

nilllzz What are you planning to do with the slenderman data in game? I noticed it only has a message that you must not look at him otherwise he kills you, or something like that.

to learn that bulbasaur charmander and squirtle are not in the wild has made me depressed , guess ill never get any of these 3???