Pokémon3D version 0.20 is out containing over 100 new moves and even more battle related updates. 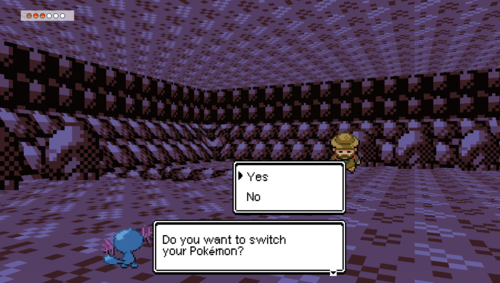 Pokémon3D version 0.20 is here and it contains a bunch of new features:

Have fun with the new Pokémon3D version 0.20!

If you want to give feedback or report any bugs, consider to visit the forum or Facebook page.

Will there be an android version by any chance?

This would be awesome on Windows Phone too! :D

i agree... 1 yr later and not much good stuff for us in marketplace

Youre doing a great job at making this game. You have been adding alot in just 1 Version.

Yeah, I gotta say- great job! This project is zipping along at a great pace, and this update is one of the best I've seen so far. Keep up the good work!

Developer (DEV), the mode PvP, When!?

Wow you're doing such a good job with updating content! Don't overwork yourself and fall into a coma or people will be sad :(

:D I will take care.

Good job you are a hero to us all.

Is there perhaps a way to play co-op without being restricted to a LAN network? I did try hamachi but it didn't want to work. I thought maybe I'd have to manually open a port, or some way change the address that the game hosts on. Or is Internet multiplayer actually a later-planned feature? If it isn't, I'd love for you to consider it.

You can create virtual lan with Hamachi or other software, invite your friend to it and play multiplayer over internet.

What does it mean by multiplayer? is it PVP or some kinda of co-op adventure?

>.< Still got the same fire burst animation for 'tackle'. Good though, I love this game

This is by far the most enjoyable game I have played in a while. Although in essence it is only pokemon, but what you have done is what some would call, revolutionizing an old formatted game. Keep up the great work. My let's play for youtube is coming along well and I need more content!