Pokémon3D version 0.18 is out now! This update is very story driven but also contains new features. 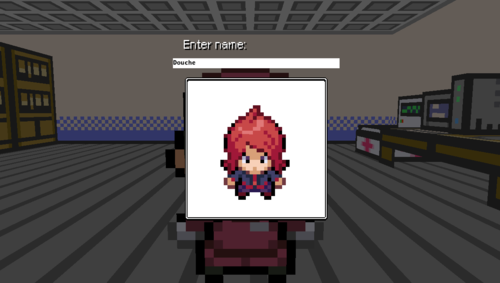 In order to play this update properly I recommend to start a new save file and copy the content of “Player.dat” and “Box.dat” from the old to the new save file after receiving the first Pokémon.

The first story driven update is here and it contains the following new features and changes:

You can get the update through the launcher.

If you want to give a feedback about this update or report bugs, visit the official Pokemon3D forum.

Nilllzz I LOVE THE UPDATE!!!!!
But one problem i found was that after i come back and Youngster Joey is done his Battle, Its doesnt allow me to go forward and when i click there is an invisble Youngster Joey Blocking the Way

How do I "copy the content of “Player.dat” and “Box.dat” from the old to the new save file after receiving the first Pokémon?" I have absolutely no clue.

I love the rival battle and Naming him

The new update is awwwwsooome!! :DD

AMAZING BRO!!!
THIS GAME IS EPIC

Translation: Congratulations, great initiative. Game has everything to become one of the best

Soooo Nillzz, If I was to guess that Mareep will be in Version 0.19 to give us type advantage against Falkner, would I be correct? :D Ampharos is such a boss!

slender man is in the game!
no jokes!