In this DevLog we show you a new animated Transition from the menu UI to the ingame screen. We also talk about bug fixes in the battle system as well as drop rates for various collectible items.

Fixing the battle system is like the last big task that hasn't been completed yet. This task includes fixing some minor bugs in the current implemented abilities, adding new missing abilities and completely reworking the ploxpower abilities. The ploxpowers have been not-working for a long time now since a lot of things have been changed in the ability system that led to outdated ploxpower abilities.

Reminder: By defeating bosses (Ploxmons) you will be able to drop special ploxpower abilities that can be used to enhance the deck with a unique ability. Example: Buffing your red mons on play. This abilities differ a lot from the abilities of the bosses and mons and need to be implemented separately. In the last week I was able to fix a few minor bugs in the current ability implementation.

The next big task will be the implementation of the ploxpowers since this will require a decent amount of time. This task includes checking which of the old implemented ploxpowers can be reused - how they need to be adapted to the new ability system as well as implementing missing ploxpowers from scratch.

Currently the rates which determine the amount of gold that is dropped, the chance of getting rare cards from a card pack and the chance of dropping an avatar or ploxpower from the bosses are quite experimental. We need to rethink this rates and adapt them to create a balanced game experience that is neither to unappreciative nor to rewarding. However since early access is some kind of test phase we will adapt the rates most likely in favor of the players. 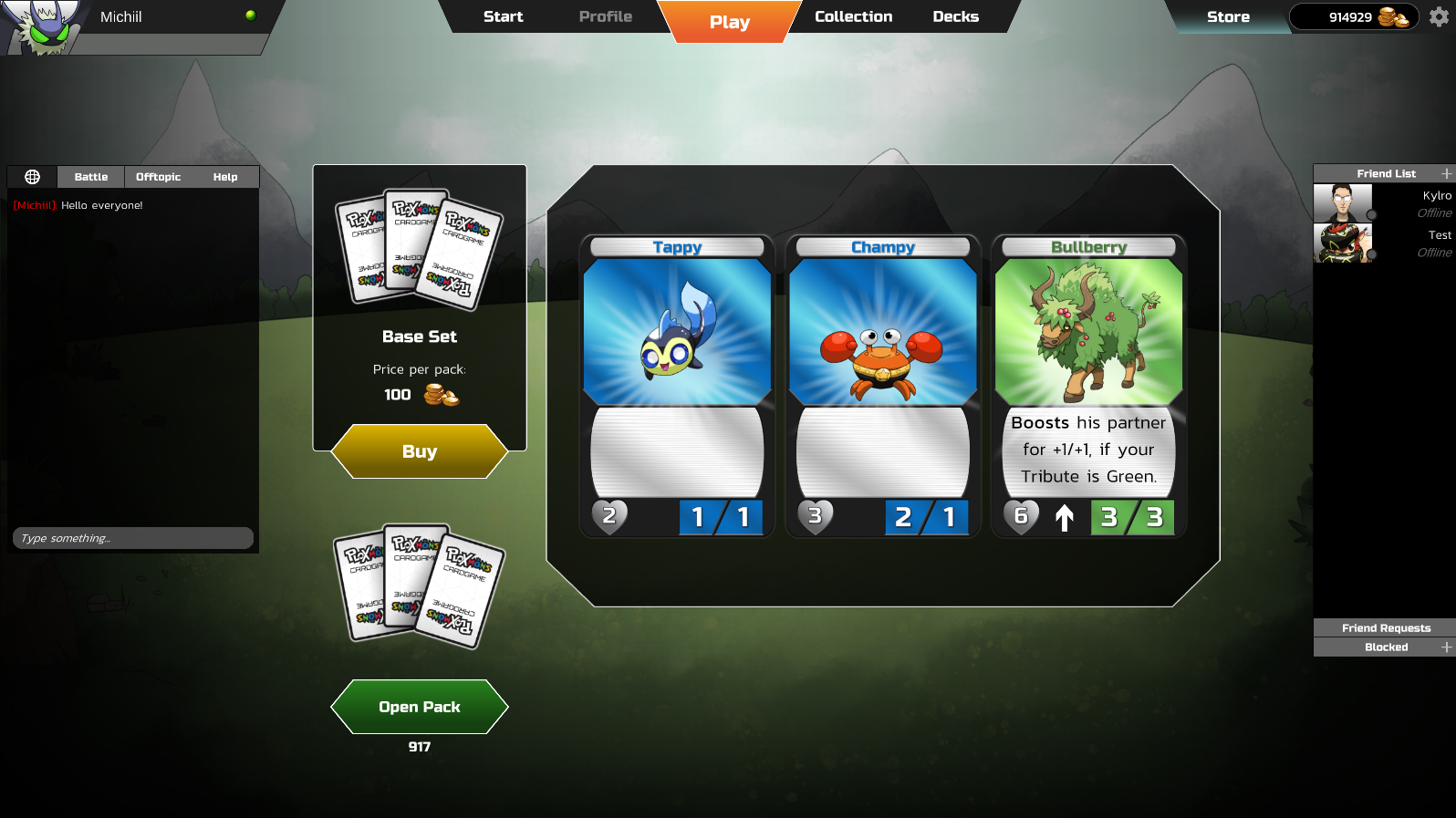 Packs include 3 random cards, at least one of them is rare.

A busy week is going to start. A lot of small tweaks that haven't been listed above need to be done. While browsing through the game there are basically a million small things I need to change/fix. However this is quite usual since the game consists of so many (and complex) elements now that it's basically impossible for one dev to fix them all in time. But since the early access phase is some kind of test phase small bugs are very usual and won't stop us from releasing the game.

Overall a lot of things have been done again and early access is coming closer and closer. We are really excited and can't wait to finally release the early access version of the game. That's it for this week.

Join us on our Discord where we are very active!
We also have fun mini games there with our very own "PloxBot"!
Discord Members have the chance to PLAYTEST an early game version soon!