In our first DevLog, we talk about the rework of the ability trigger system as well as the global chat and friendlist system. We also show you the newest iteration of some UIs and a new shader animation.

Hello guys. I decided to start a dev log to keep you guys updated about the current status of the game.

Last weekend I was finally able to spend most of the time for further development of the game!

Rework of the ability system

For many months now the ability system has been working but yet been a bit strange for us. With many different abilities and moments when they will trigger the execution oder of those abilities is an important aspect for the feeling of the game.

Which abilitiy should trigger first? What happens if multiple abilities should trigger at the same time? There has been a solution for this ability system in the past however it didn't statisfy us. For this reason we decided to think about the ability system one more time and define a clear and new order of ability execution.

The new order of execution required a lot of time to implement. The old system needed to be reworked and replaced by the new. Especially testing of the new system has been a though task and is not yet finished. There are so many abilities and so many interactions that should be tested. However, first tests looks promising.

Rework of the global chat and friend system

The global chat has always been an important aspect for us. Chatting with other players while gaming is a key feature in our opinion. Most of the work on the chat has already been done in the past. However there were some changes necessary to finalize this system.

The friend system (friendlist + sending friendrequests + private chats with friends) has been quite unfinished in the past. There has been a really provisional friendlist with most of the core functions implemented. However it was not possible to send private messages to the friends yet. With a completely new design of Michiil (our Graphic Designer) I was finally able to implement those missing features and make the friendlist look beautiful. 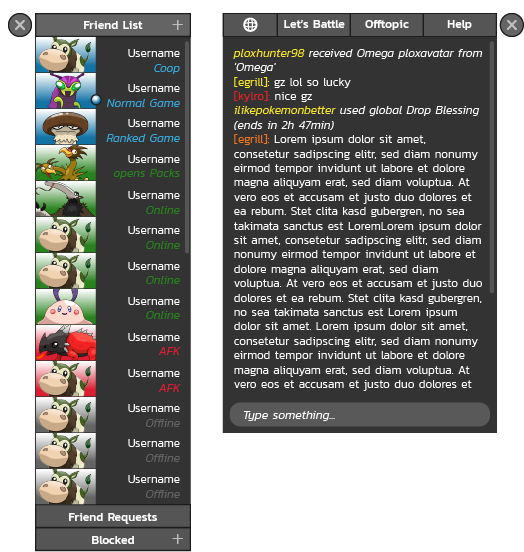 The most important change of those system is the ability to comfortably chat with multiple people at the same time. This required a lot of work in the game client since the implementation there has been quite temporary in the past. With some small changes on the server one can now see the current status of their friends (in game, in queue, idle, ..) as well as some additional information like their currently selected avatar.

There are some open tasks on the friend system like adapting the UI to enable sending and receiving new friendrequests. However most of the work has been done.

Shaders really brighten and improve the looking of the game alot. For this reason I am still working on a better understanding of the math behind shader coding.

A lot of progress has been made and I was able to implement some nice shaders for a few of our bosses. This will make the fights with those bosses a lot more epic and dramatic than before.

A good example of one of the shaders can be found here:

I will probably post some more shaders at some point to give you guys an impression on how things are going.


Rework of the UI for some of the menus

In the course of Michiils redesign of the menus I was able to completely update some of the screens like the main menu and cardpack opening that greately improved the feeling of the game. Since UI work in the Unity engine is always an extensive task this required a lot more time than it should have. However while updating the UI, I was able to clean up some code and improve the performance of the UI. 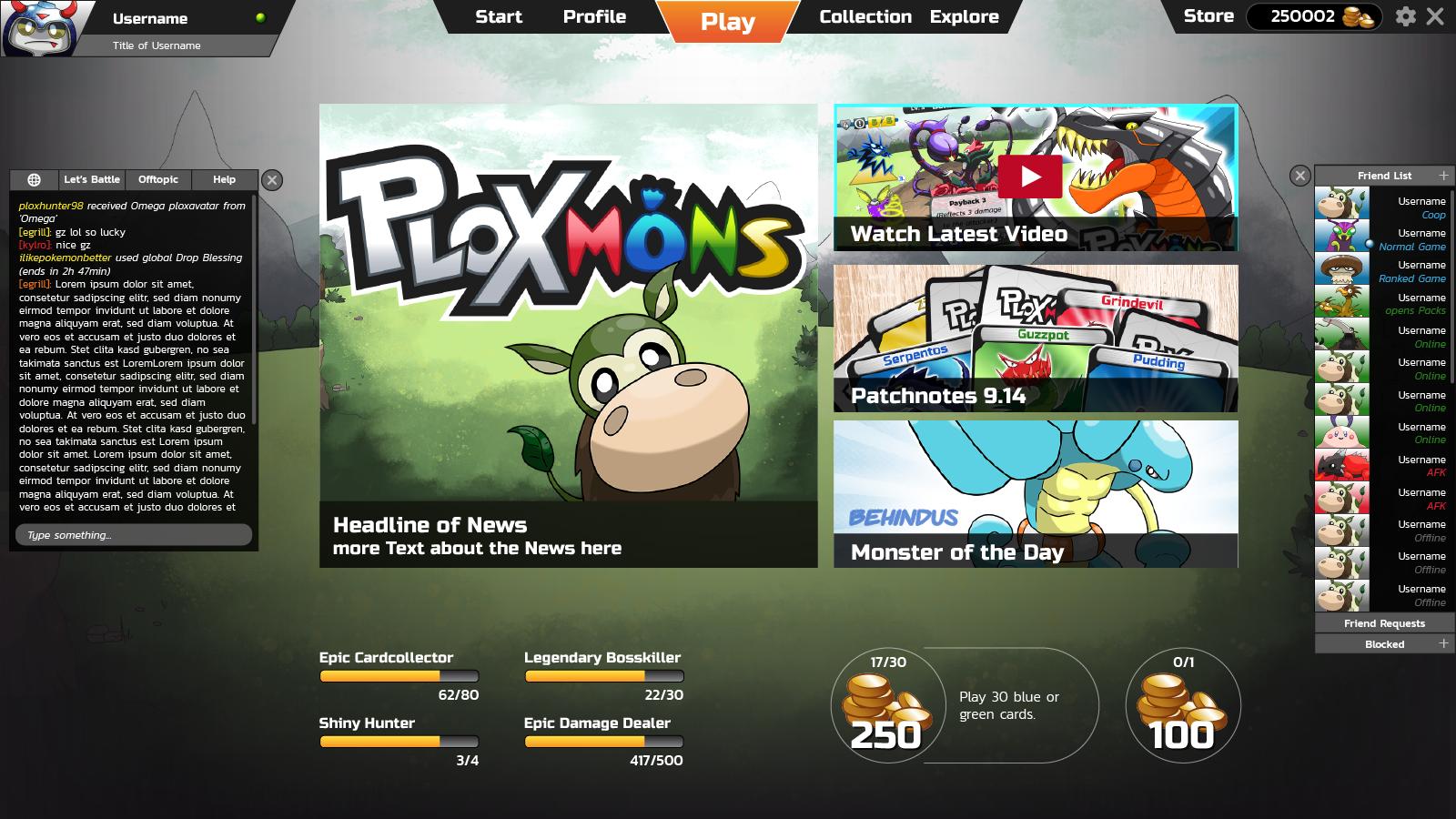 New UI design for the main menu. In the center is plenty of space for potential news. 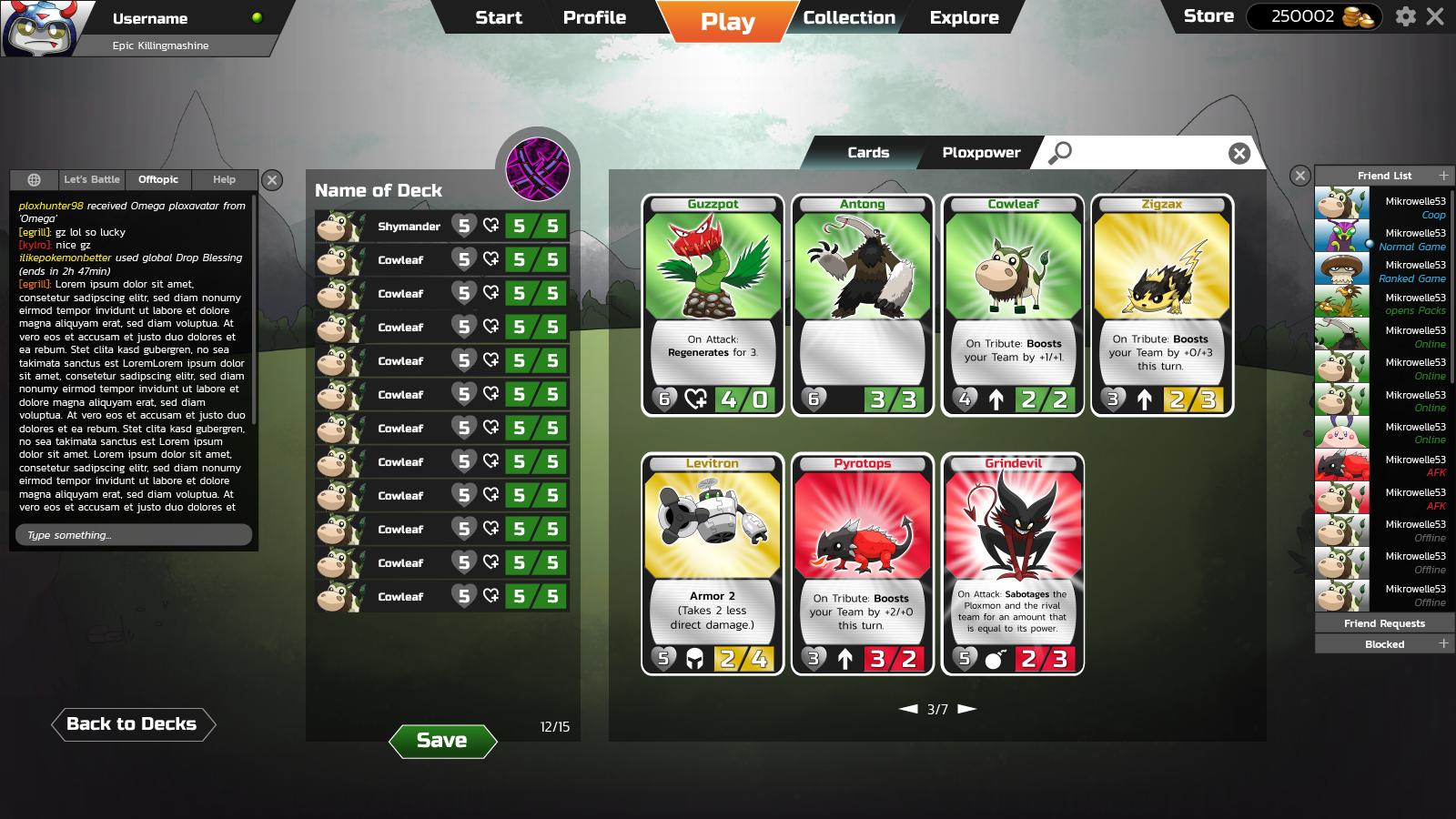 New UI design for the deck builder. Here you create a deck of monster cards.

This is it for the first devlog. Over all a big step in direction of releasing the game has been made. Extensive tasks like UI work are finally getting less. The game feels alot more final now than before

If you guys have some questions feel free to ask anything.
Thanks for reading!