This is a release candidate playtest. Get your unfair advantage by playing it before everyone else to adjust your strategies first. Please also don't forget to report bugs you encounter to us.

Please file a report at the OpenRA bug tracker or talk to us in our IRC channel #openra (webchat). It is also a good place to find players for our unstable playtest releases the masses keep the fingers of.

Appearently not much as we are in feature freeze.

Red Alert 2 and Tiberian Sun mods, but that does not stop me from posting awesome screenshots taken from developer test builds to tease you to hell. Don't expect this to be included in the release as it is far from stable and polished. However you can already use VXL and SHP(TS) for your own mods! 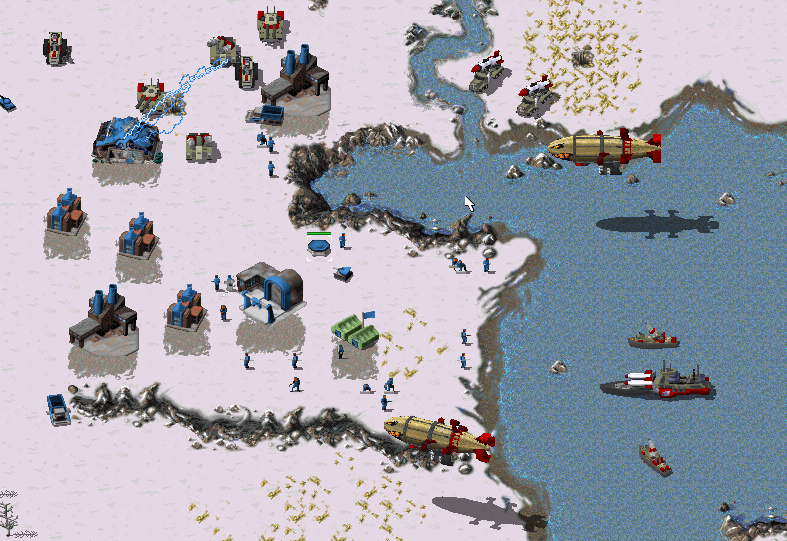 Can we get a mod where you can fight ra1, td, ra2, dune and ts all at once against each other. that would be amazing! silly but amazing1

It's opensource, do it yourself

While open source is awesome, I really do hate it when everyone assumes that because you like it, you are a coder.

It's open source and someone already started it: Sleipnirstuff.com

Yeah but that mod doesnt work with the newest playtest and release.

Renamed sequences/map.yaml everywhere as people confused it with files that control the per-map rules.

you probably did that because of my retardation last week didn't you? :P

Well confusion and it was inconsistent. The filename map.yaml is already used for something else and together with mod.yaml the only one that is hard-coded in the game to define everything.

sorry to bug you like this but i have another question, is there any way to fix the stuttering that starts about 5 or 6 minutes into the game? it makes it almost unplayable.

There were some regression with AI performance. We released a new playtest to combat that.

cool, i'll go ahead and update then. thanks.