With alpha v0.5 completed, we're finally getting into the meat of the game, with its creation system now able to fully build driven vehicles. We'll be putting this game up on Steam Greenlight within the next week, so please vote for us!

We've been working on this version for a while, too many holidays happening in between, haha. But it's finally done. You can get it in the downloads section or via the torrent:

We would strongly recommend that you read the readme file in the game folder if you're having opencl problems.

With alpha 0.5, we've hit the main part of the game with the reveal of intelligent native aliens as the natural balance for all the power one could create in this game. We weren't able to add too much regarding the aliens, just the first group attacking ai logic, they will just progress from this point onward. Also with this build, we'll be putting our effort into making a push for getting approved for Steam release on Greenlight and have a Kickstarter campaign to further the funding for the game. We'll have more news regarding these two events over the next 2 weeks. We will need your support then! What's new in this build:
- switched over to Unity's mecanim animation system, saving the game over 300MB in memory
- ability to fight while on the move (press the x key to arm weapon)
- added rivers
- added new missions that starts to highlight the differences between the Earth and Martian parties
- added new npcs
- added new enemies (sentient aliens!)
- added new resources
- ability to make multi gun muzzles
- ability to make driven vehicles
- ability to put weapons on driven vehicles
- ability to trade creations (they're by the game saves in the Document folder, just take them out and give them away)
- laser and missile turrets
- able to see structures that are built up to 1km off- environmental fog
- better looking terrain with perlin noise
- optimized terrain generation so that you'll not be able to outrace it anymore
- options is now working 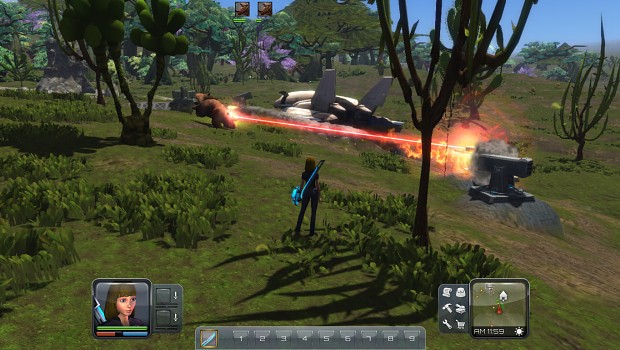 What we took out for now:
- launcher, this one's done but sitting there waiting for a0.6
- online/lan multiplayer, too much stuff going and we don't have enough manpower to cover this area entirely, it's working somewhat but not tested. We might have the lan version up first in the next alpha build actually (yes, even though lan versions invite pirates, we owe it to ourselves and gamers to make a fun game)
- generators, the basic programming is done but tweaking the numbers will take a while
- caves, we will have a new and better system ready by a0.6, but we didn't have time to implement it this time
- face morphing, we'll have a new version of this in the future that's more efficient, for now, nochanging the body shape or face shape, you'll still be able to change skin and eye color as wellas face types 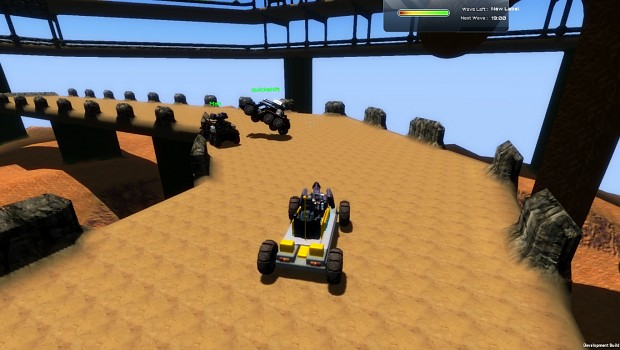 If you have any bugs or suggestions, please post them on our boards here: Board.pathea.net

For the next build, we'll be focusing on multiplayer, city building, bosses, flight, and optimization. It'll come out in late March or early April.

Only thing we are missing now are Mobile suits (mecha)

I have the basic logic down already...so yes, we'll make it happen, but it's a bit down the list of priorities at the moment. :)

keep your eyes peeled for kickstarter and greenlight!

Man, does this game have promise!

It looks great, much better than the last time I saw this xD