The final dungeon is here.. and it’s a doozy. The player must rescue the royal family! 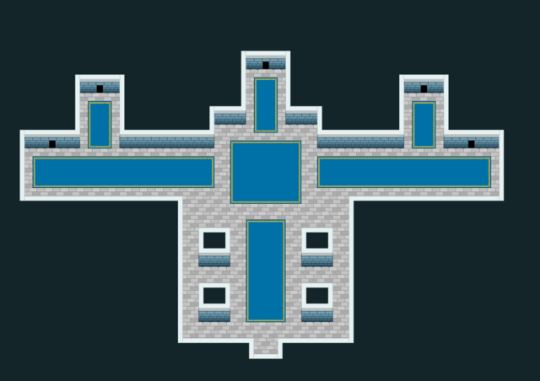 Upon entering Myria Castle, the party over hears the Paladin Kyle talking to the Royal Family when he is interrupted by Master Luther, who kidnaps the royals and places a barrier on the Royal Tower. The party then heads off to try and help break the barriers on the final tower. The castle has 4 Elemental Towers, that each must be cleared in order to reach the Final Tower.

The Storm Tower, the first the party can reach, boasts a series of electrical puzzles the player must figure out. By rotating individual tiles, the player must build a circuit in order to send power to the closed door. The enemies in this tower are nearly all storm type, giving them increased resistance to water and ice spells and making them vulnerable to earth magic. Almost all of them also have the ability to stun you when you are hit by their spells. After defeating the lead mage, you are granted a blue key and the storm seal is broken.

Using the Blue Key allows you to enter the Ice Tower. Here players must solve sliding ice puzzles similar to those found in the classic Pokemon games (catching Articuno for example). These puzzles get progressively more complex the higher the player climbs. Similar to the last tower, these enemies are all ice/water type, which makes them resistant to fire and weak to storm. Defeating Aaron Burr (lol) gives you the red key and allows you to enter the Flame Tower.

The Flame Tower boasts powerful Maglords that must not be interacted with. These Maglords have increased stats beyond the level of similar enemies. Similar to the Dark Tomb, these enemies patrol around the tower and the player must weave in between them. With enemies being fire type, it’s a good idea to use ice and water abilities here and not earth. At the top you must defeat a Maglord. On completion you will get a silver key and the Maglord’s magma edge, a powerful epic axe.

The final elemental tower is the Light Tower. Here players must traverse through a maze of boxes with limited visibility. All the enemies in this tower have the ability to heal themselves which adds an additional challenge. Using dark spells is crucial to victory here as the enemies are highly vulnerable. At the top of the tower the player will finally reach Kyle. Kyle and his allies will then battle the party. This boss fight is particularly difficult because of Kyle’s increased health, ability to protect and heal his allies, and the ability to lower the party’s attack. Upon defeating him you will have the opportunity to recruit Kyle the Paladin, Louis the Heavy Knight, and Mike the Royal Knight. 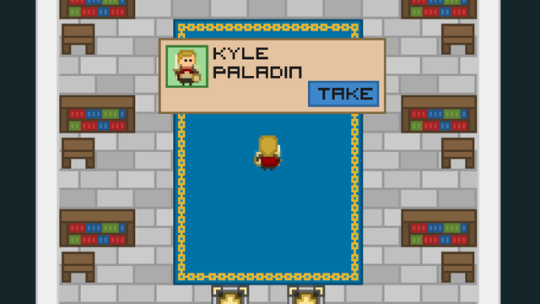 The Royal Knight is a very well balanced class that can protect his party in numerous ways. The primary two abilities are Royal Guard and Royal Cloak. The guard ability protects an ally for two turns, making it extremely useful. The cloak ability will protect the entire party from magic damage. This will come in handy as Luther only deals spell damage. 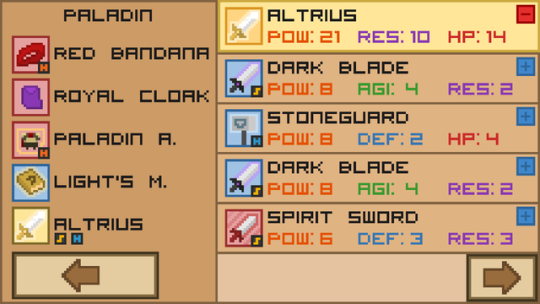 Recruiting Kyle gives you several unique and powerful items. An epic helm and armor is coupled with an epic cloak. The helm and cloak can be equipped by anyone. His relic, Lights Might grants a whopping 20% power, which severely increases the damage of whoever equips it. Finally Kyle comes with the first legendary item in the game. A sword with incredible power that also restores 10% hp to the party each turn. This weapon is only equipable by Paladins. 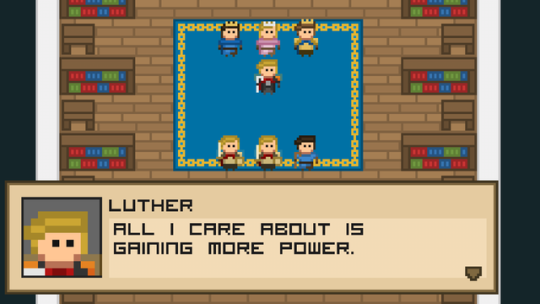 Finally the party is able to reach the Royal Tower. This tower features enemies from all the elemental towers as well as powerful knights. After solving a series of teleport puzzles, the player will finally reach Master Luther . Master Luther is the most powerful boss to date. He has four unique forms, representing each tower and each element that a sage can cast. It is crucial that the player exploit the elemental weaknesses or else he will be devastated by Luther’s incredible power and allies. 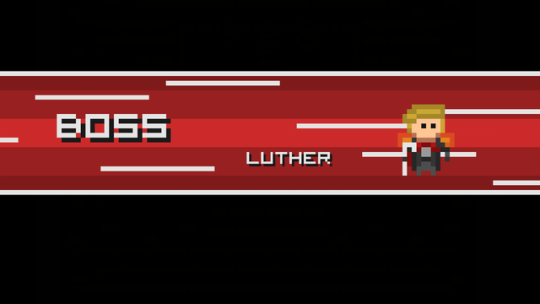 I know this was a lot so thank you for reading! I am trying to work on the end game content as much as I can so I can get the game out to you guys! Thank you!

I think the UI should have a darker color scheme, but that's a small gripe. I really like the aesthetics of the title. Good luck guys!