Pre Alpha version 0.35 has been released. It adds Traps to the dungeon generator. It also adds a gameover screen and multicolor Texts to the game.

Its time for a new weekly devlog :D

While the game is in Pre Alpha state it can be played here for free:Dl.dropbox.com
Current Version : Pre alpha 0.35


- GUI
- Backpack : Shows your items in your Backpack
- Armor : Will Show an armor menu where you can put armor on
- Rune Symbol : Will be used to combine runes(which can be found in dungeons soon) with items
- Added Item description texts
- Changed Colors of GUI Texts 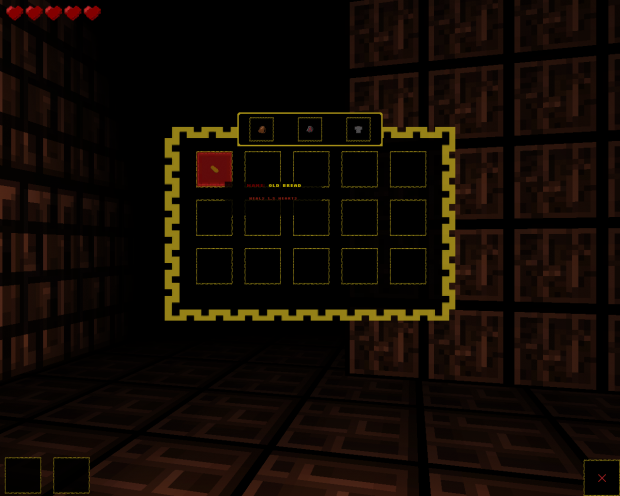 - New traps in Dungeons:
-Implemented Traps
-Added Traps to several dungeon rooms. If you step on a pressure plate a block will fall from above. If it hits you, you will die.
This hidden pressure plate can also be seen on this picture: 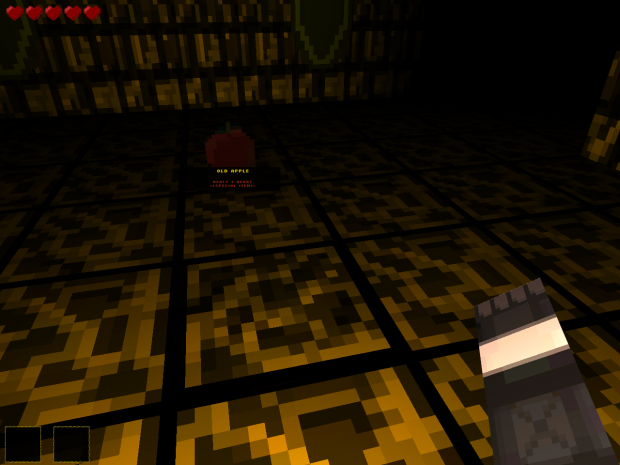 - General Additions:
- Added Game Over Screen
- Added Death Information to the screen (currently you can only die when you are killed by a trap ,when you drown or burn in lava)
- If the respawn counter gets to zero you will respawn (in the overworld) 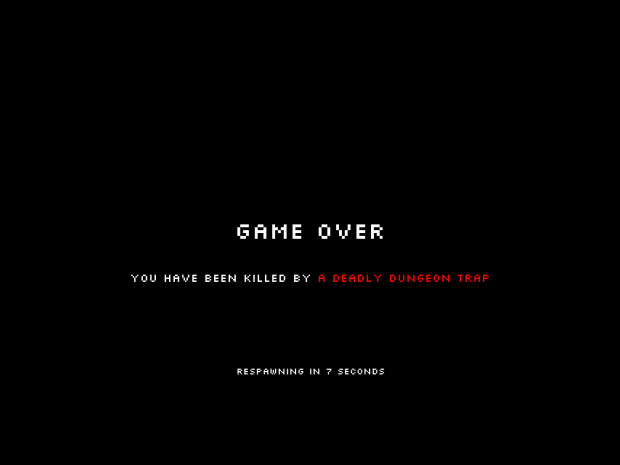