Info on my game Pixel Knight, an indie project almost being released.

The story
Pixel Knight tells the story of Dracon, a knight which is confronted with a difficulty quest:
Defeating the Lord of Darkness, which has been summoned in the kingdom. For that, he will need to confront many powerful enemies, and gather the pieces of the Amulet of Light. Only then he will be strong enough to defeat the Lord of Darkness. The Amulet of Light pieces, however, are each protected by their Guardians.

Gameplay
The game is an adventure platformer, featuring difficult obstacles and also fights agains lots of different. You use the WAD keys to move and the mouse to attack (full controls can be seen below). The game was inspired by Terraria, specially the battles, and Super Meat Boy, with the fast-paced and hardcore platformer action. The game's first quest, Tower of Trials, is quite easier than the second quest, Amulet of Light.
The player is able to do a wall-jump on specific materials, allowing for better control and tougher challenges. In both quests, there are boss fights, and Amulet of Light also features secret, optinal bosses. 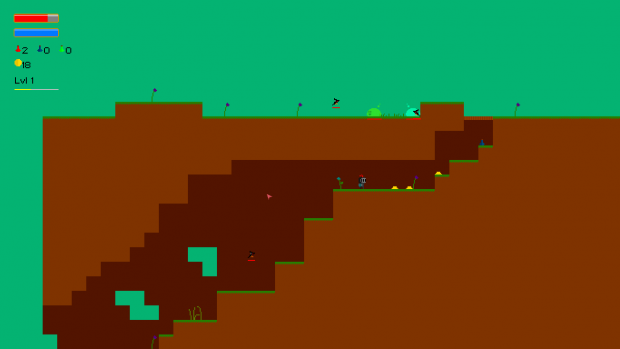 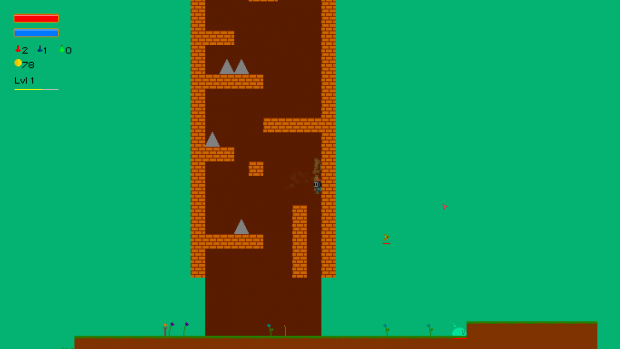 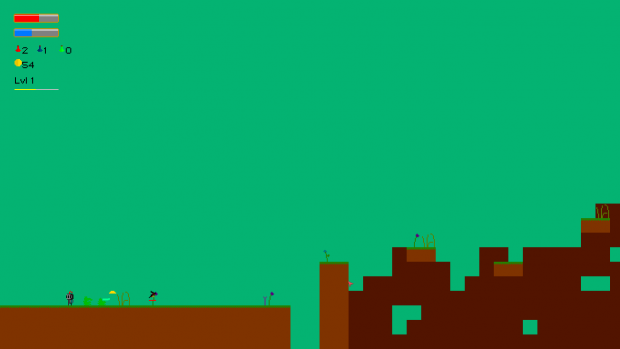 Items and abilities
Dracon can using lots of abilities, which include a sword attack, the Beam Spell, the Controllable Fireball, and the Ultimate Attack.
The items that can be used by the player are the Red Potions (health), Blue Potions (magic) and Green Potions (attack speed).
The game features a levelling up system, which allows the player to gain experience and unlock new attacks as he defeats more enemies, but also rewards the player, though only slightly, for platforming sections.
The player is also awarded coins for defeating enemies or from treasures, which can be spent at shops to buy Red or Blue Potions.
There are also, in the game, blue and red altars. A blue altar restres your magic to full, and your health up to 50%, also saving the game and acting as a checkpoint, while a red altar restores full health. They can be known as Save Altar and Health Altar, respectively.

The END button can be pressed to quit the game. While paused, Q can also be pressed to close the game, and M will return you to the main menu.

More details
The game can be played in windowed mode, whith a 800x600 resolution, or on fullscreen mode, which automatically adjusted resolution. It is not guaranteed to work on all resolutions. On the menu, pressing 1,2 or 3 will select the save slot. To see if the game is going to work on your computer, please download Tower of Trials, the free quest, and see if it works. This game, even though having simple 2D graphics, may be too resource-heavy for some computers due to the particle effects.

Release
The game will be available on Desura as soon as it's accepted. The Tower of Trials quest is already available on IndieDB. Tower of Trials is a free quest, and will act as a demo to Amulet of Light, the main quest, which in cost around U$1.50 (value may change, as I still haven't negociated with Desura).

Thanks for reading this and for your interest in the game!