Here’s finally another (long overdue) update post! The whole team has been so hard at work to make every aspect of the game better, as we’re moving into the last months of development. Important internal milestones have been met, after which it is up to us to make everything as good as possible.

Alongside an infinite list of improvements, we’re developing some last small mechanics too, some of which will make influencing the simulation better – concepts that include donation boxes, poisoning of food (sources), spreading rumors and attracting hostile critters. Exciting stuff!

Here are some highlights of what we worked on.

One of the biggest areas of the game that needed an upgrade was combat. The physical combat with all the species needed a lot more nuance and motion to make it more dynamic and give the player more options.

We have added some really cool Pine-specific mechanics, such as species eating during combat as well as a shield stamina system – as well as tweaking and polishing all moves and animations for both the player and the species. 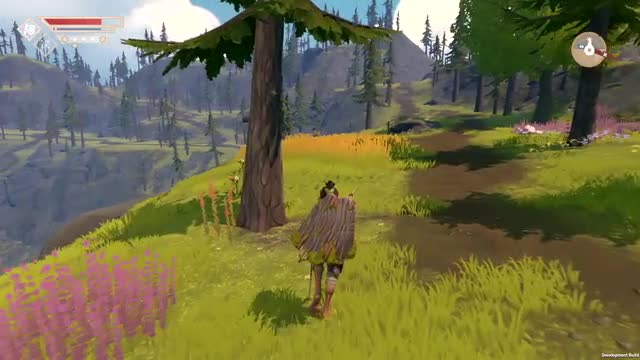 We will do plenty of combat improvements still, as we’ve built that combat editor we showed, which makes it easy to iterate once the moves are solid. Sounds, effects and more need to be updated more too.

Ambient audio to the next level

As a short sidenote with the video above: we are super happy with our new ambient sound system, which is tied literally to the objects in the scene, meaning you will hear trees and bushes rustle only when you're next to them, and bird sounds coming from trees! It gives a lot of depth to the space you move around in, have a good listen!

Plenty of cutscenes and dialogues are making it into the introduction of the game, as Pine is obviously also still an adventure game at heart. The story of the humans is rather sad, but it’s up to Hue to do something about it. 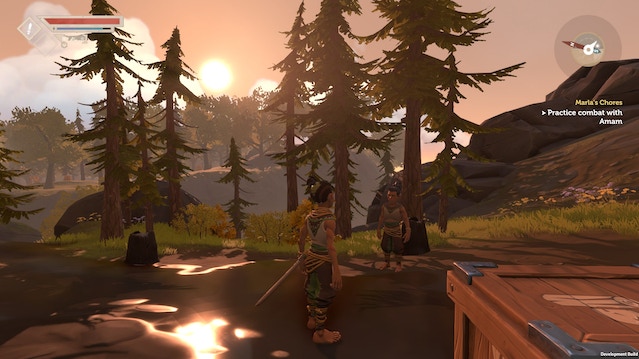 A whole barrage of tools and outfits

We’re going through the list of tools and outfits at super speed, all bringing their own set bonuses or tool specifications. Here are some random combinations, featuring more than a few species-pieces: 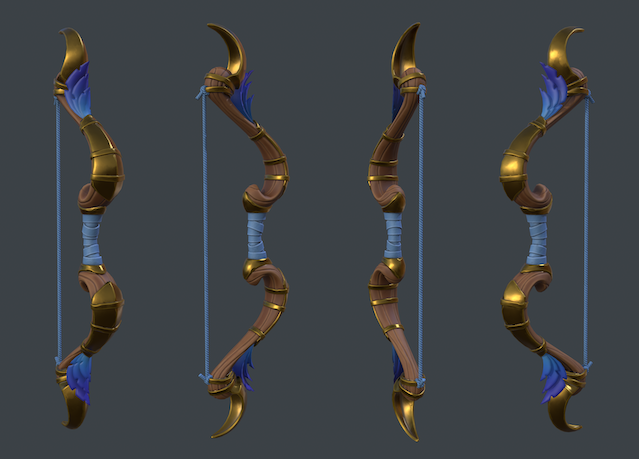 So much work is being done on all areas of the open world, that we can’t start to mention the new changes. But a few highlights and setpieces do stand out! Here’s a glimpse of the updated Dry Bay Tower… 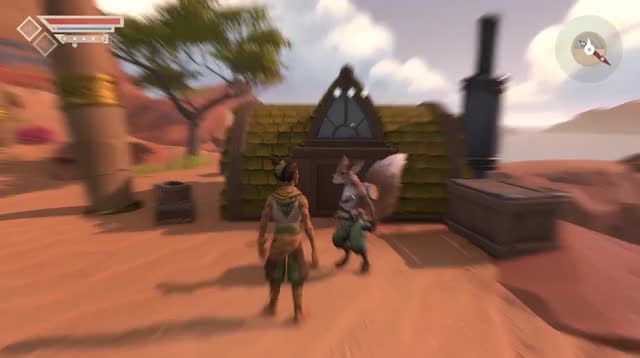 And some more screenshots, in case you missed them on our Steam or Kartridge page: 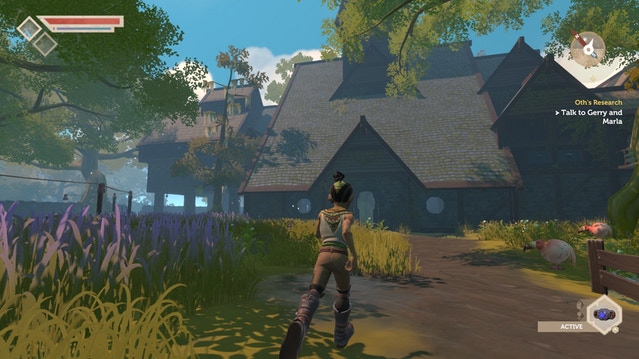 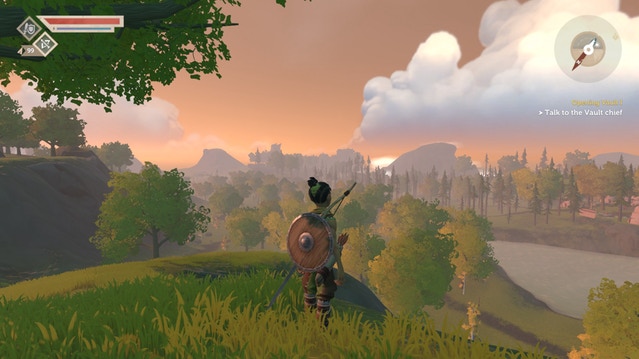 Because many of you are wondering, we wanted to share some news about the beta. We intend to bring it to backers of the Outfinder tier or higher within the next month, now that we are confident about our game from start to finish.

It’s later than we initially planned, but it didn’t make sense for us to give a product of which we knew so much was wrong still. For good feedback and your good impressions, we think it makes most sense to give the product as complete as possible, while still allowing for a lot of improvements based on your feedback.

Some important things about the closed beta:

We'll share news on the beta when we have it to the respective tiers. Soon!

That’s it for this update! We hope we gave you a good glimpse into what’s happening. Please let us know if things are too spoiler-y, as that is a thin line… For now, we’ll get back to work!

As always, all feedback, questions and comments are welcome. Feel free to reach out through pine[at]twirlbound.com, on IndieDB, on Reddit, on our Discord server, Facebook or Twitter.

Is there anyway to upgrade our pledge or get add-ons? Updates have been killing me x.x