In Lords of Xulima there will be three ways of opening a lock: Manual, Automatic, and Brute Force.

Posted by NumantianGames on Oct 7th, 2013

In Lords of Xulima there will be three ways of opening a lock: Manual, Automatic, and Brute Force.

How many out there love a good lock picking mini game? As a player you will have a choice on whether to partake in the mini game or just to attempt to open the lock automatically (based on character skill) or by brute force. 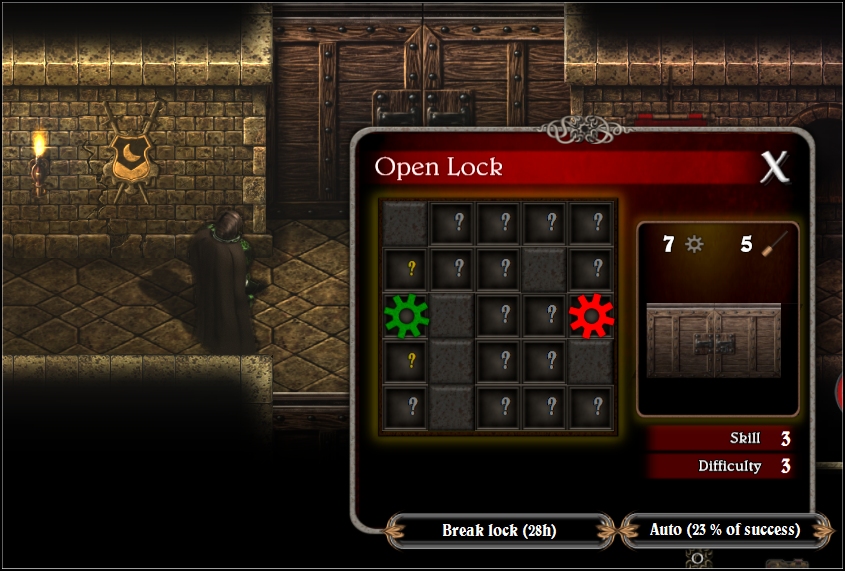 Thief and explorer are the two classes that have the lock picking skill. Since Gaulen (the main character in the game) is an explorer you will always have a chance to lock pick.
One of the testers stated :“Every time I run into a chest, I hope it’s locked so that I can play the lock pick mini-game…”.
(You can read a more in-depth explanation of lock picking on our Indiegogo Update #7.) 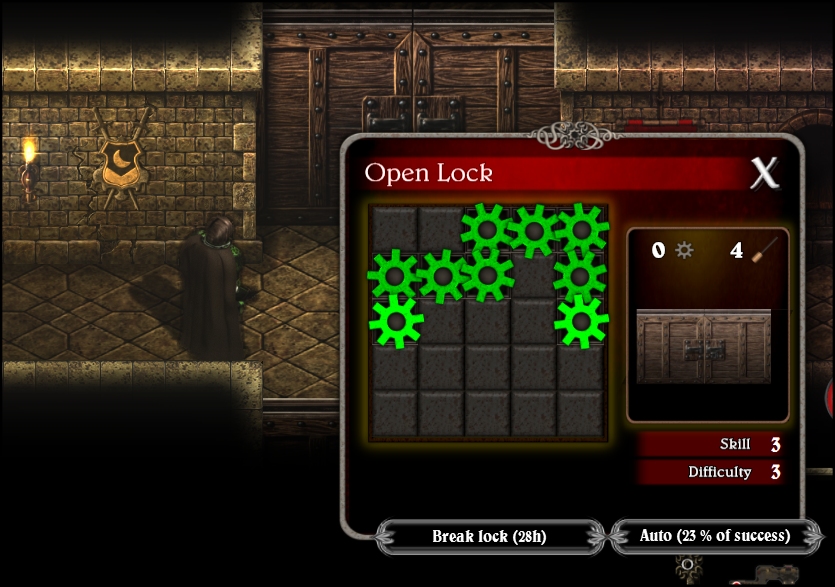 In our other news posts, we also discuss enemies , combat, and weapons. We want to give the player many options to explore different strategies of gameplay. Lock picking is just one element of challenge in Lords of Xulima.How will you open a lock? Will you use the lock picking game, try to open it automatically, or open with brute force?

This post reaaally got my attention. Tracking and getting ready to play this game when it comes out ^^

Awesome! Your support means a lot to us! :)