I have added a zoom-able radar feature to the radar window as well as a HUD system to Phoenix USC.

This image shows the option buttons in a selected radar window 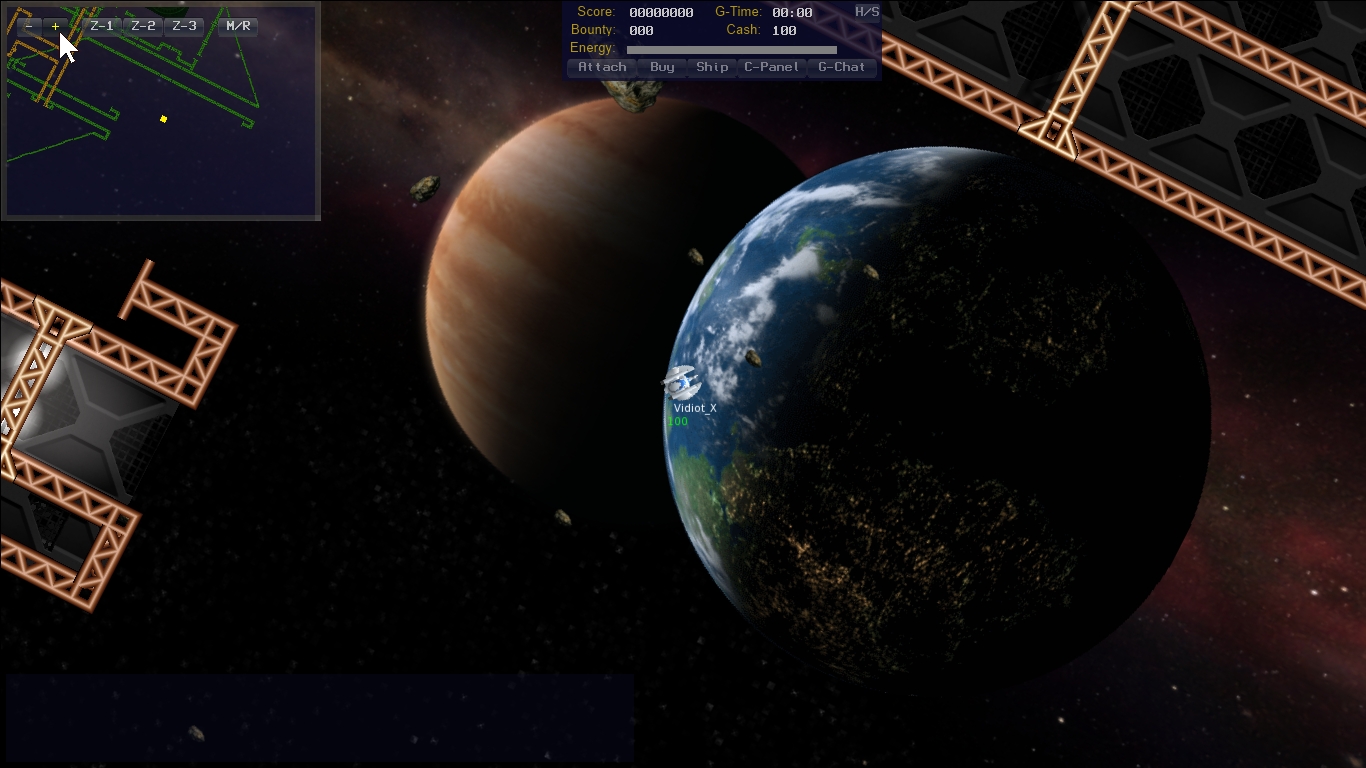 This image shows the radar window maximized for a long range view of the zone. 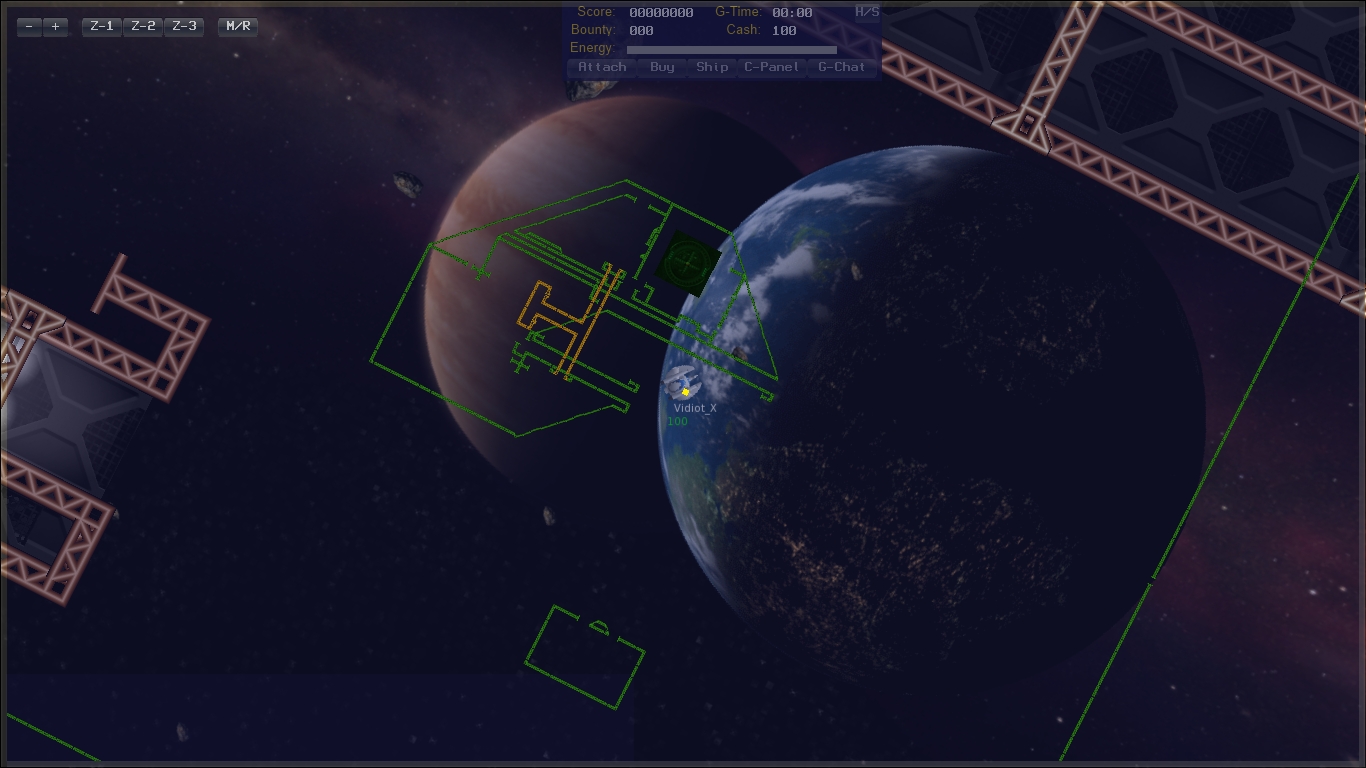 I have also add a HUD (heads up display) window to allow access to various options and settings. Phoenix USC is a fast paced action game and the HUD is designed for quick visual ques. I will be adding several window based HUD devices for access to options, weapons, ships, buy system and more. Here is the current design of the main HUD which is moveable and collapsible. Both the radar and the HUD are semitransparent to minimize obscuring the game display.

Here you can see me using the main HUD to access the control panel (a device for in-game settings, help and more) and the IRC global chat gateway. The last image shows the HUD collapsed down to just the energy bar. 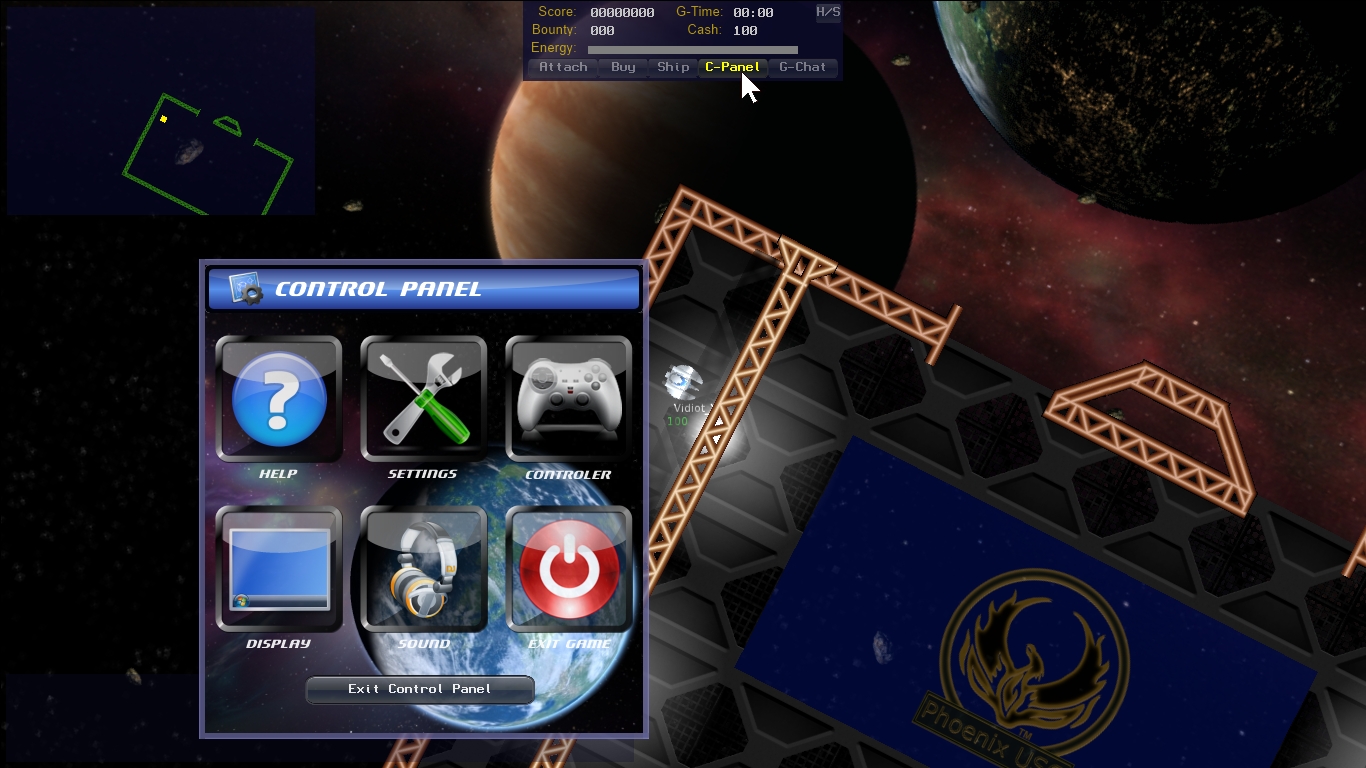 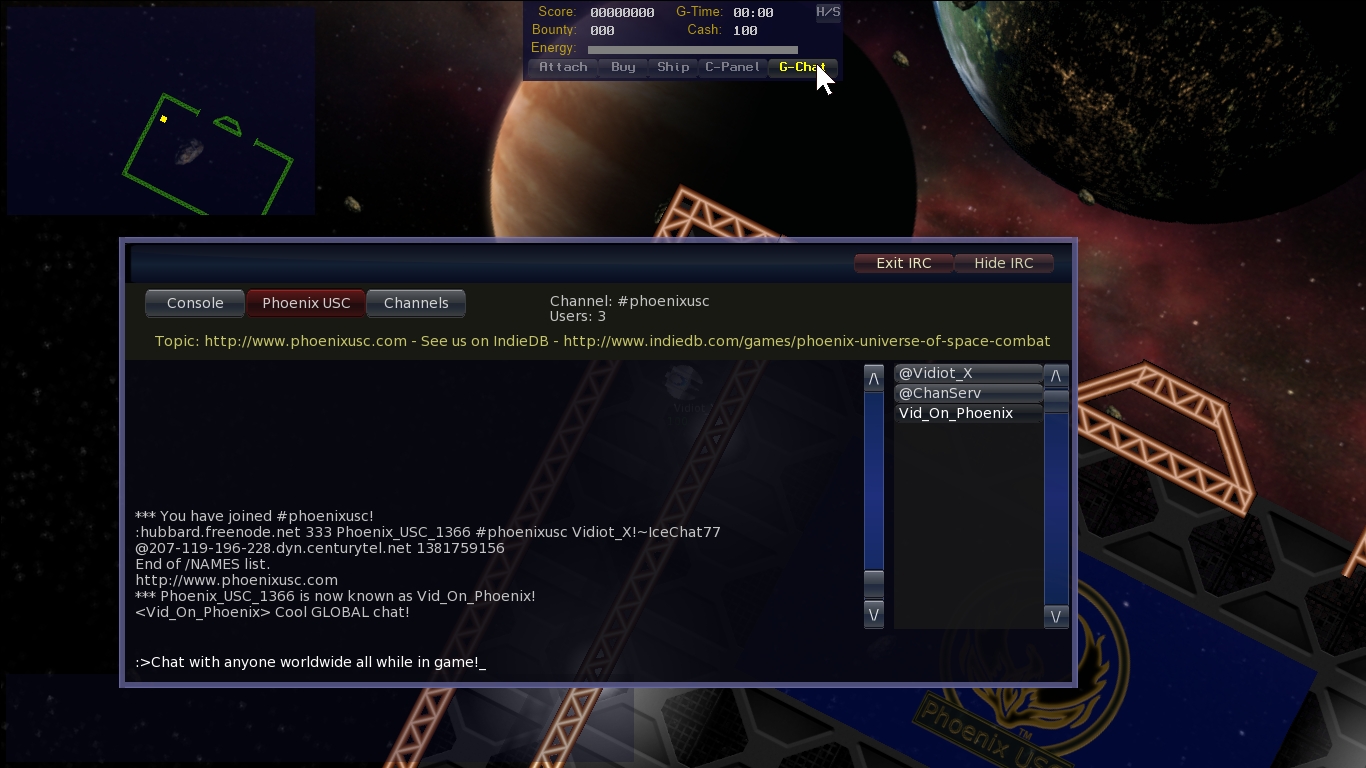 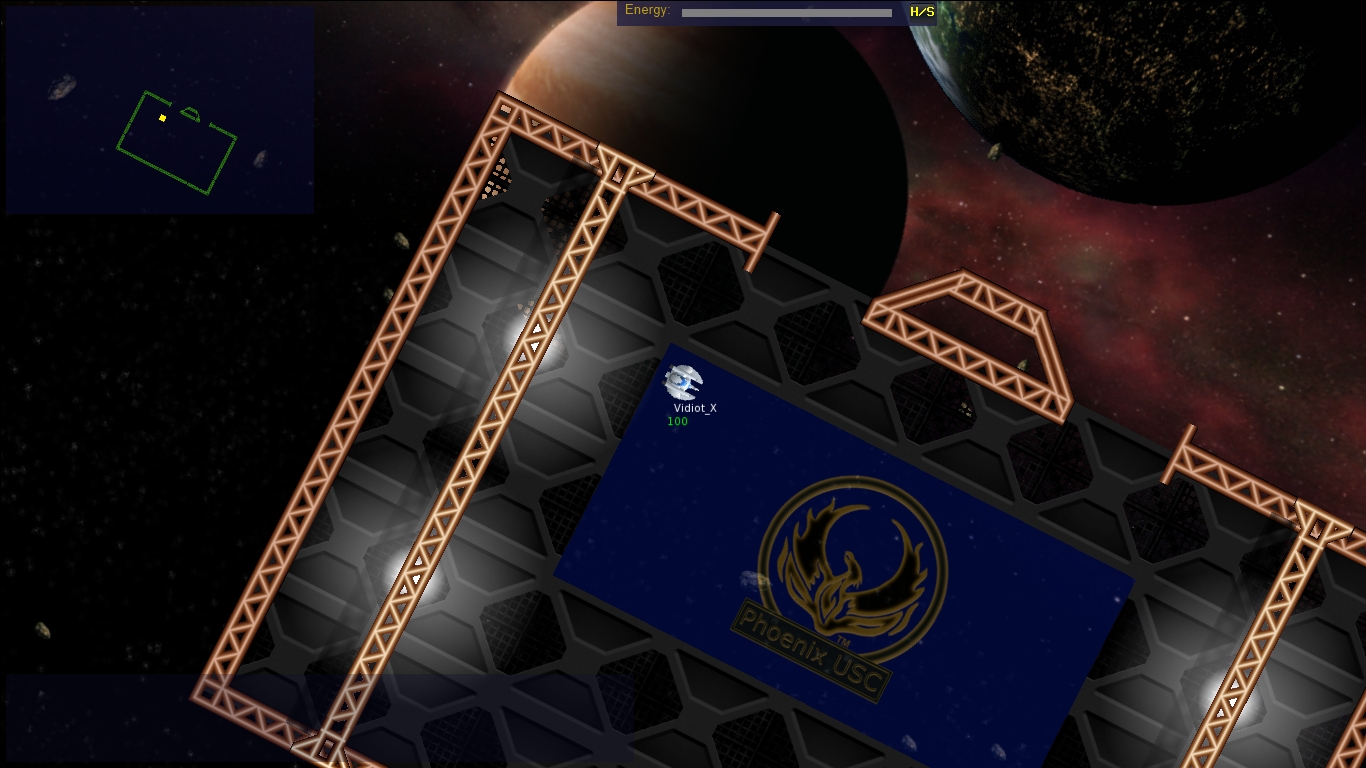 I will be adding a weapons and items HUD next as well as adding in the buy and ships interfaces/devices next. Most of the foundational work is done as far as the game engine goes so I fully anticipate getting a preview demo out late next month. It should really give you a good look at the game and let you feel how the game engine works on your system. My base line development system is a lowly E-Machines dual core Window 7 system. So no special high powered video cards are required. At least one of my beta testers reports Phoenix USC running well on a single core XP system with a 10 year old NVidia Geforce mx440 so most everyone should be able to run Phoenix USC and join in the fun.

I am developing Phoenix USC so that I can port to a programming language called Monkey which will let me compile and reach Android devices, IOS (IPAD), Windows 8 Metro and more. So Phoenix USC will eventually be available on a wide array of computing devices. Though, through this first development cycle I will be supporting Windows XP - Windows 8 (non-Metro), Linux and Mac OSX.

Thanks for checking out my game project and spread the word about Phoenix USC the game inspired by SubSpace. :D