In which the memory-leak hunt is, I think, complete; combat sees further polish; level two starts to gain additional patches of detailing; a new collectible is added; and a skeletal hand is made easier to find.

This week's screenshot depicts a bit of work-in-progress graffiti, intended for level two: 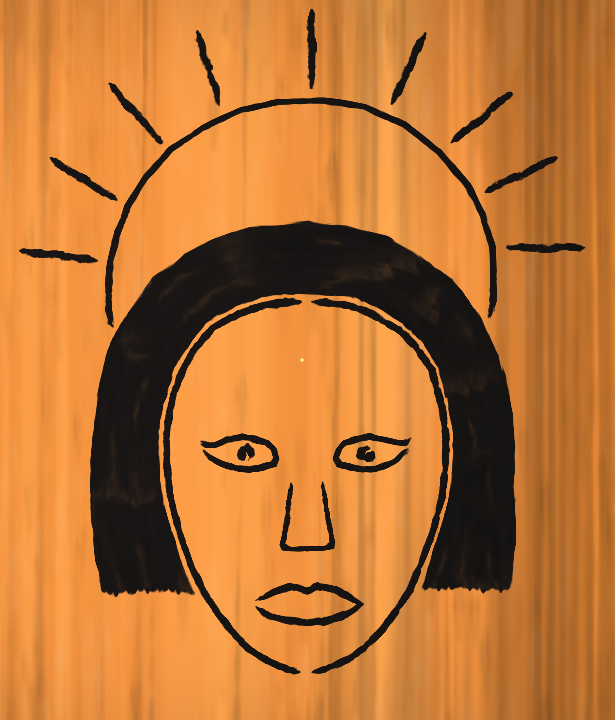 The week just past was another varied one, but primarily one of hunting memory leaks and of polish:

To start with, the memory leaks: I mentioned in last week's blog-post, I believe, that a serious memory-leak issue had been discovered, and that I was working on it. In the week just past, then, I continued that work--and indeed, I think that I have the leaks resolved!

From what I've discovered, it seems that some of these leaks stemmed from cyclic references, or from objects that I was leaving un-cleaned-up. In one case I was creating an object twice, the second time without cleaning up the first, which resulted in some the latter's references to leak. One significant set of leaks stemmed from an oversight in how I cleaned up certain events: Those events stored references to certain objects, and with the events going undiscarded, so too did the references.

As to the game itself, combat saw continued tweaking: there were minor changes to enemy AI, the reworking of certain sounds, and the updating of a few animations, all (hopefully) making combat a little better than it was.

In addition, it was suggested to me in response to the combat prototype that an additional setting for enemy "telegraphing" durations be added, between the settings that were at the time called "normal" and "short". That has now been implemented: the setting that was labelled "short" is now labelled "minimal", and between that and "normal" lies a new "short" setting.

The week just past also saw some level-building work:

What is perhaps the most salient part of this came from a piece of feedback regarding the demo of A Door to the Mists, which indicated that the streets of level two were a little lacking in variation.

Now, I am developing this game solo (aside from the use of royalty-free music), so I fear that it's not terribly wise for me to attempt to fill the streets with detail.

But I can, perhaps, add isolated patches of it, portraying elements of that part of the city. If representing the city directly isn't to be done, perhaps I can still at least give an impression of it.

I have a number of such elements in mind, and the first major one of these is shown in the screenshot above: a piece of charcoal graffiti, depicting a face backed by a solar disc.

Aside from these elements, two more changes seem perhaps worth mentioning: First, there is now one more collectible to be acquired: a figurine that was previously just examinable, not collectible; and second, the lore-giving skeletal hand found in a rubble-slope should hopefully now be a little easier to find.

And in addition to all the above, a few other changes were made that don't seem worth detailing here!

That then is all for this week--stay well,and thank you for reading! ^_^