Official release today of the BETA 3.0. Come see all the changes that have been made !

Hello everyone, today I present you, the BETA version 3.0, which brings a lot of changes and redesign the game. We'll see now all these changes.

Let's start by talking about all the additions made, and we'll talk about each of them that I explain you everything.

1.) Additions and overhaul of weapons :

The weapons in the BETA 3.0 have totally changed. Before you had to buy weapons with different lasers and missiles. Now you have a unique weapon system (laser and missile), you'll be able to improve, increasing its power, and buying technology.

Example : If you have a basic laser weapon, you'll be able to buy a fire technology, which can ignite inside the enemy ship if the laser touches the hull.

If you have a basic laser weapon, you'll be able to buy a fire technology, which can ignite inside the enemy ship if the laser touches the hull.

Here is a picture of the new Space Station : 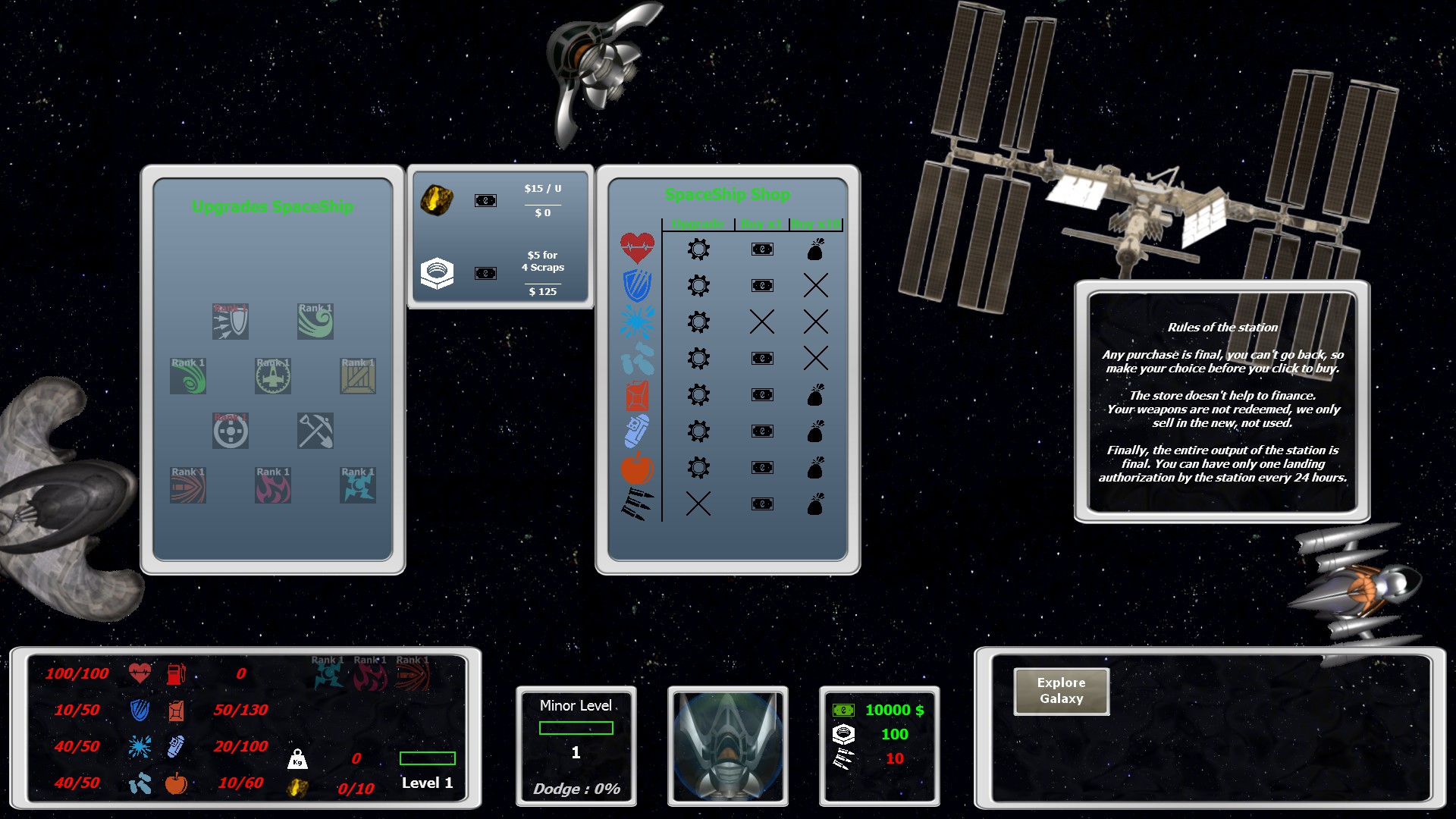 The tech tree is on the left and right is all the components that you will be able to buy and improve. (Life, shield, fuel, food, etc ...) The technology does not directly affect your health, or your shield, it provide an improvement on the components of the ship.

For now you only have access to 10 technologies, but in the next patch will be added other, (even if for now it is not a priority).

Other technologies can be discovered inGame.

New weapons detection system was added enemy. In the tech tree, you'll be able to buy a new radar that can you words, before the start of the battle, the power of the enemy ship and its technologies. You have several levels for radar, there or level 1 reveals that the laser power, and missile power of the enemy, level 2 reveals more technologies ship. There are 4 levels radar, for you to discover them.

Here is a picture : 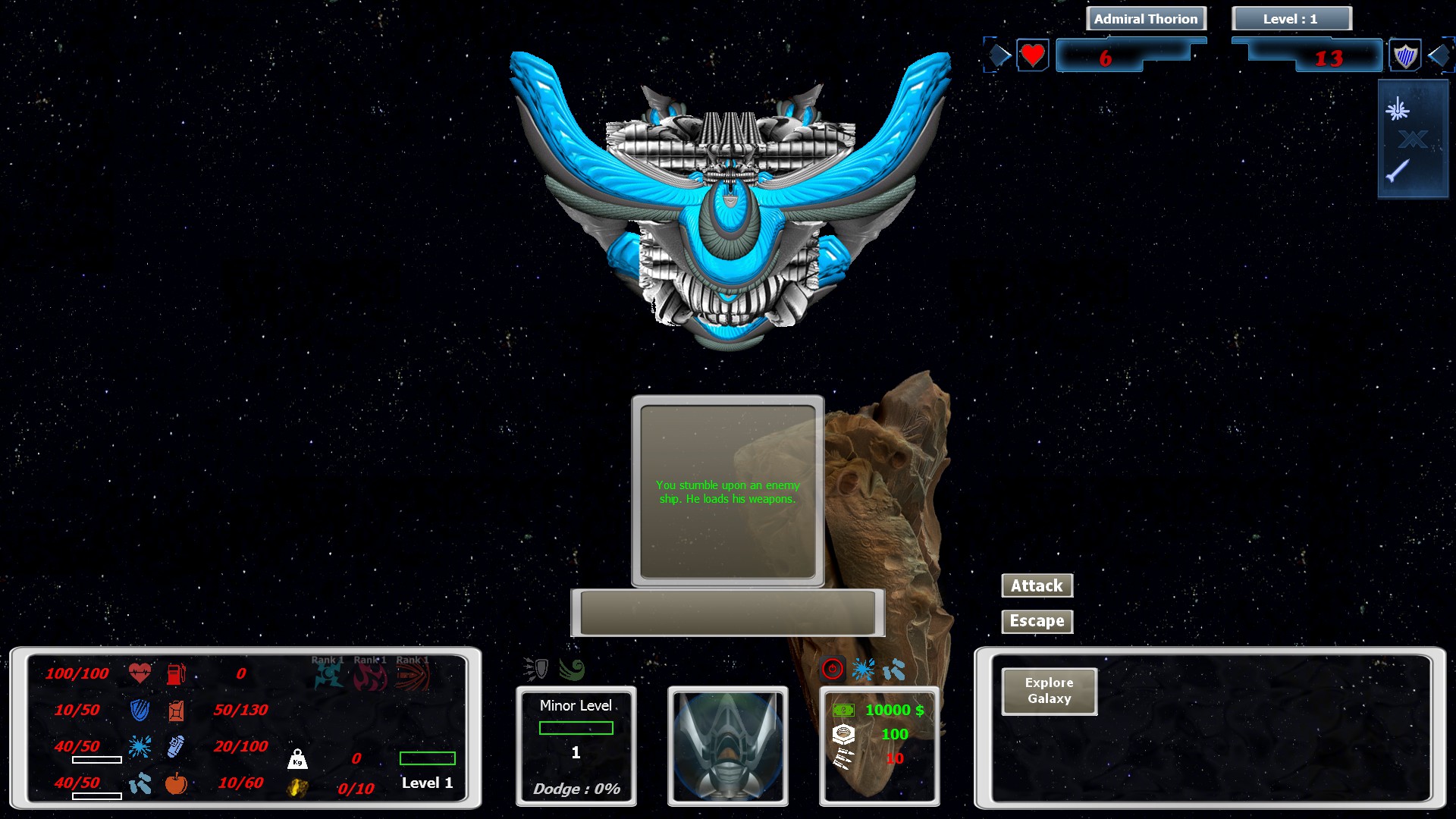 As you can see, at the top right, you only see the points of life and shields your enemy. With the radar, you will be able to see its firepower and much more ...

The system to colonize the planets were already implemented, but not functional. You will now be able to colonize planets (some, not all), so it can bring you fuel and food. An ally ship will pick you deliver in space (this will cost money, the ship doesn't move with water ...), or else buy a teleportation technology that doesn't cost you nothing.

Warning to colonize a planet, you will have to money and other resources to build a base on a planet ...

Here is a pircture : 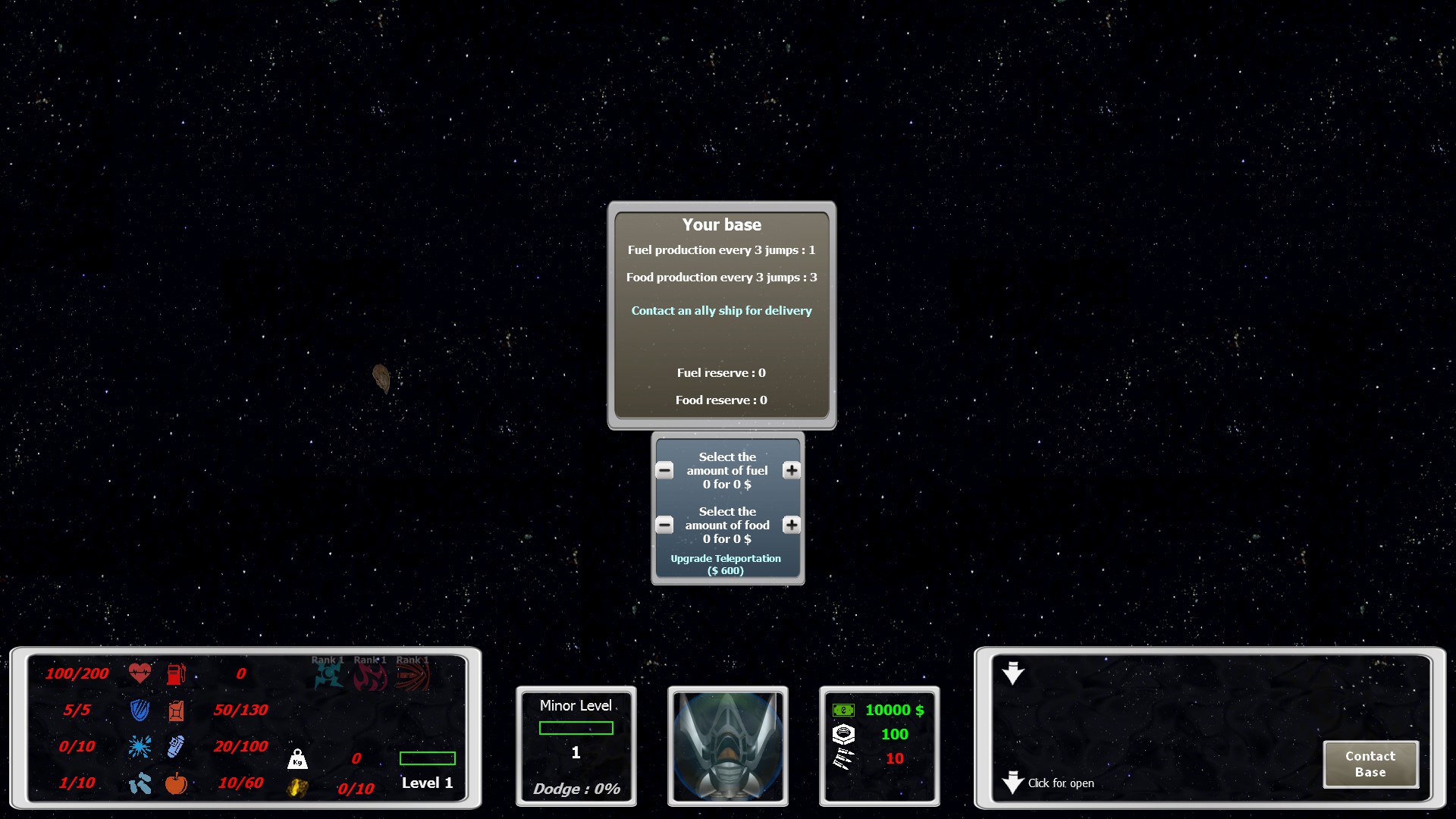 Here the interface, when you built your base. You see the production of fuel and food for your colony, and how it will turn to produce. You can choose how much to send and purchase of teleportation technology. With the button "contact base" at the bottom right of your control panel.

As you'll see in the next photo, you can quickly see important statistics of the ship. And the ability to improve the performance of your weapons. 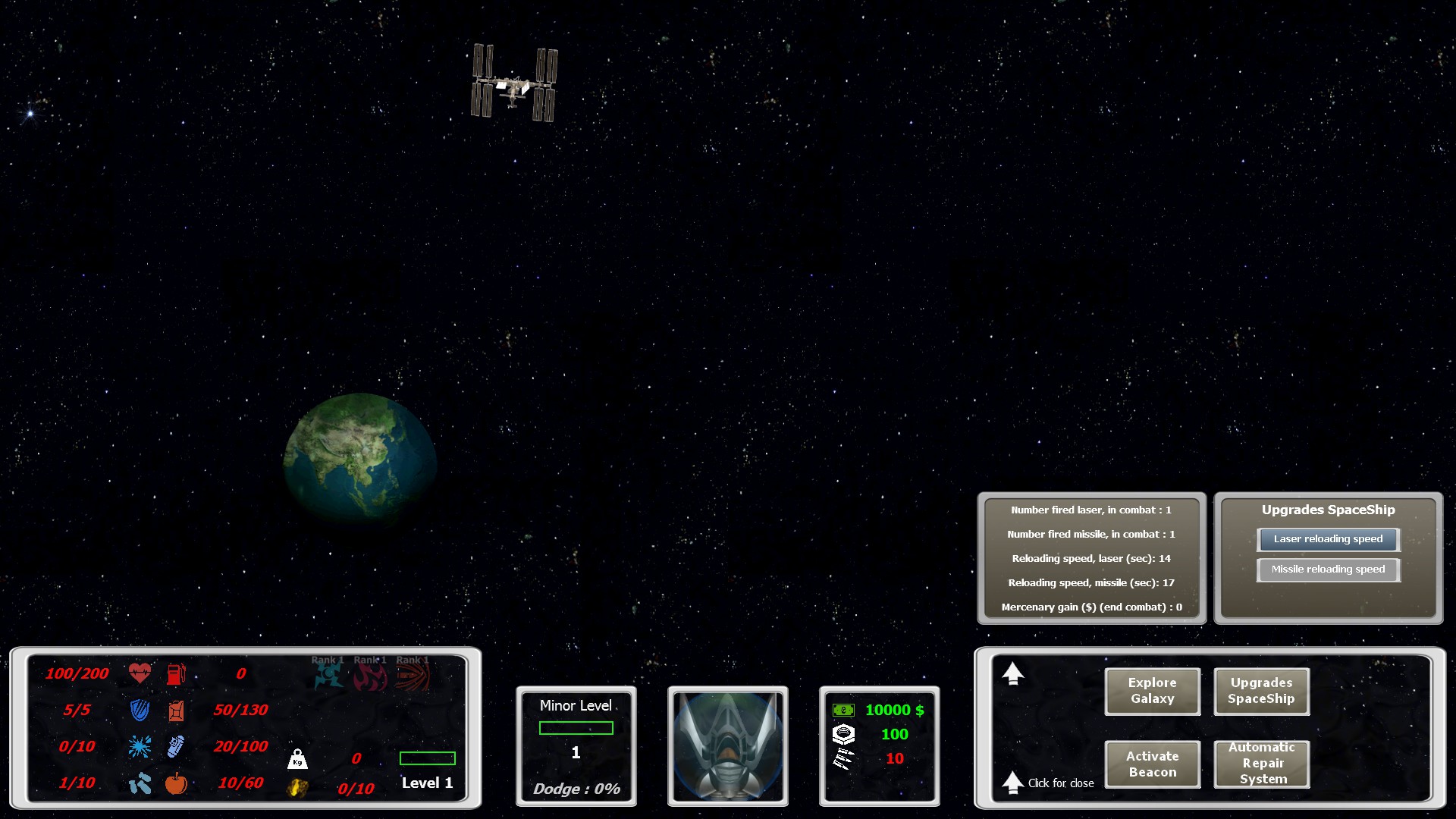 Bottom right, above the control panel, is the statistics and improvements to your weapons. The yield weapons can be upgraded from your ship, as this is done by your crew.

You will now earn "scraps" by destroying enemy ships, or by other means ... The scraps will be used for improving your ship. I am not speaking of technology, but to improve your ship. (Life, Shield, Max caburant, Max food, etc ...)

You will also be able to resell your scraps to earn some money ! You can see the scraps below your money on the HUD (photo above)

Now that you've seen the major additions, here are the changes.

1.) Total change in the battle system :

Remember the old battle system? No, so much the better. Here are the new :

When you arrive on the map with an enemy, the fight doesn't start right away. You will be able to see the statistics of the enemy ship (with more or less information depending on the level of your internal radar bought at the space station). Check the photo on the "radar" and you will see a "Attack" button and "Escape".

- The attack button starts the battle. Each weapon yield, which can be improved, and that allows him to shoot a burst, (laser or missile). A ship equipped with laser weapons will perform better than a ship which has purchased the laser weapon in a space station because the ship was not originally planned for.

Once the battle started, you can escape, you can choose to use your arms or not. And you can activate your spacial abilities (if you have technology) You choose the best strategy.

- The button "escape" can escape before starting the battle. But be careful, because if you want to escape, the battle is started or not, the enemy ship can touch you with his weaponry. So be careful !

At the moment there are about 20-25 events in the BETA version 3.0, but with each new patch there will be other added.

Here is an example of new event : 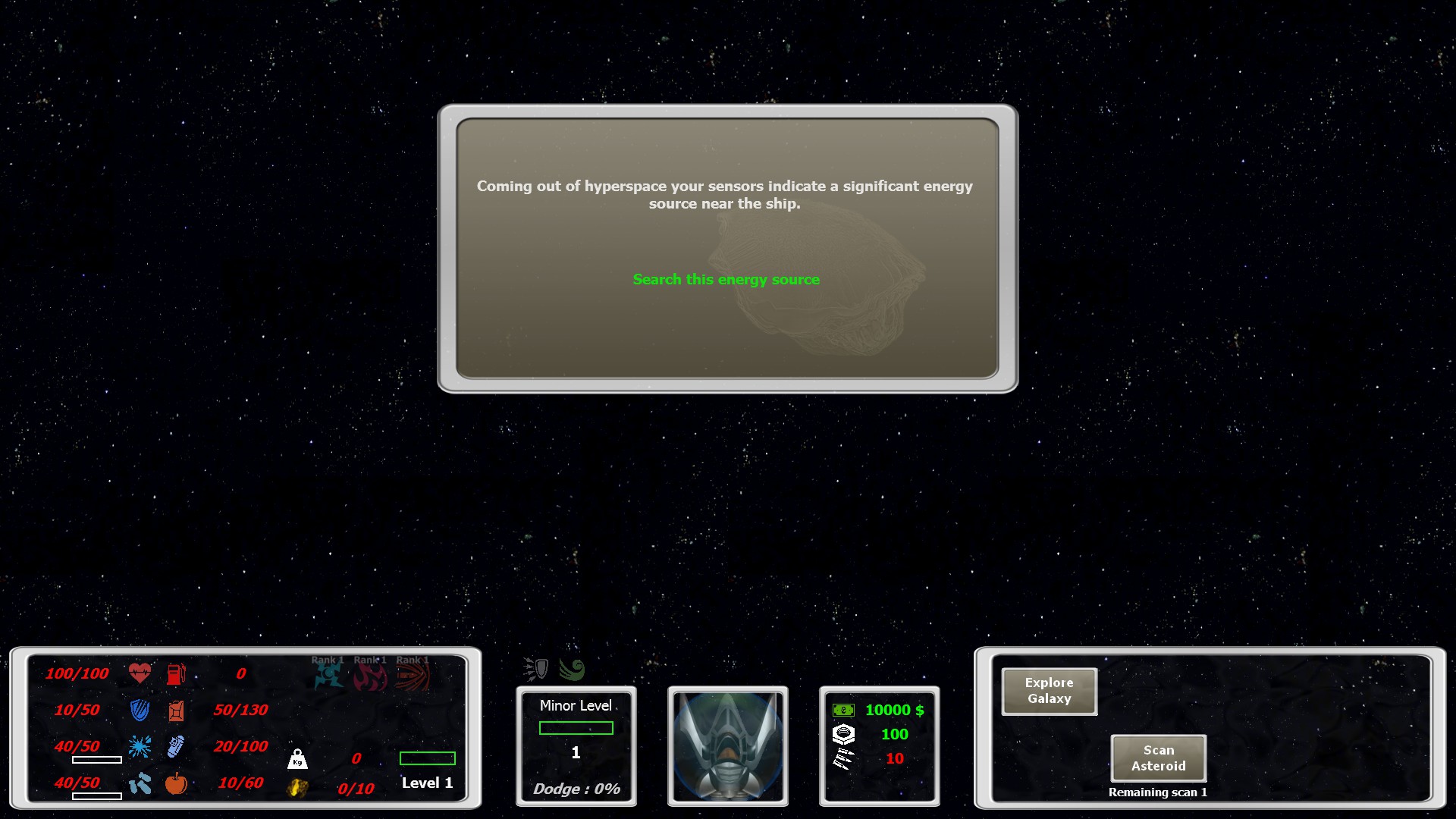 3.) Readjustment of the choice of ship system :

With all these changes, it was necessary to adjust the starting ships. Overall each ship had a boost of its characteristics, in order to stand facing the new enemies, who also have had upgrades and boost.

In this update, you will no longer be able to move from left to right on the map. The reason is technical and also due to the immersion.

Here are two images that are currently used for the end boss and the platform end game. Tell me in the comments what you think ! 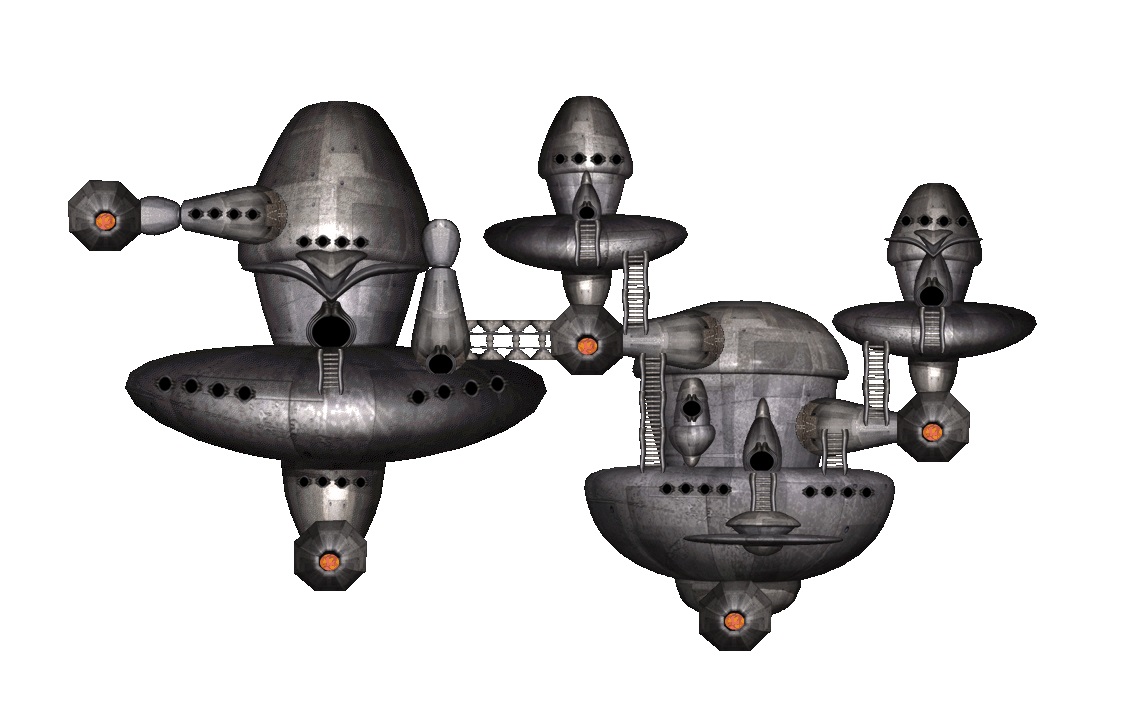 See you soon I hope ! And thank you for your support.