The imp race is basically a nod to Dungeon Keeper. Not sure if it is balanced, probably not though... 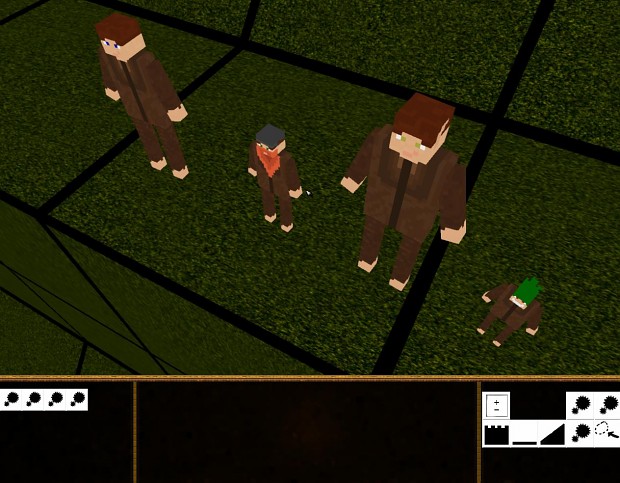 Instead of casting the spells from spelltomes right away, you use a spelltome's cooldown to memorize a spell, which allows you to cast it later. This means fizzling a spell is gone as well; you just won't be able to memorize a spell too high for your skill. Memorized spells can be cast like normal spells, but only a certain amount of spells can be memorized at any given time, depending on your spellcasting skill. Spells cast are on a seperate cooldown to the spelltomes, so you can memorize a whole bunch and then cast all of them. You can only remove spells from there if they are off cooldown though.
Most of this is a follow up on what I talked about on Devlog#2.

Skeletons are quite stronger than goblins and iron golems are about twice as strong as them.
They only appear in dungeons, and will not leave it unless you lure them out.

I always liked the idea of having a "guarded" looking entrace like that.

As it happens, this also makes the game turing complete.
Water daming in action: 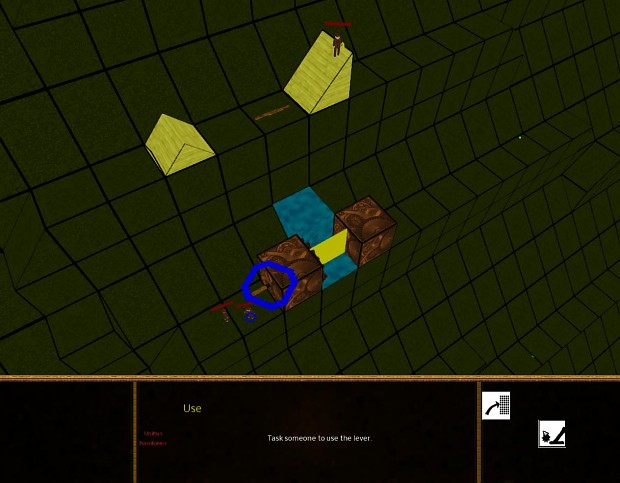 This right now allows for trapping of units using mechanically operated gates, and drowning traps. The water would need to be put in place with water summoning spells or trough the use of flasks.
There currently is nothing to stop you from taking a gear mounted next to a gate to stop it from operating the gate, however I'm probably gonna change that. (Can only be dismounted if there is no gate there?) Anyway, more things to use this with are planned, as well as possibly requiring fuel to run these gears.

Definable areas allow to tell someone to keep hauling mined rock to a stockpile for example, which then can be used to automatically build things. Theres probably more operations on areas coming, too.

I run out of space on the workbench. I'm thinking I need more differently purposed furnature. A carpenters' table maybe?

Still better than the old one though.

Meaning water that does not flow. All other heights of water will still damage units.

Looks much better now when picking up things for example.

If you want to know more about /give or how to make custom maps/dungeon modules or even what program to use to make the games models look no further than here:
Dungeoncraft.draig.de