Patch 252 is here, not many changes this time around. Next patch will have selectable races and mechanics (traps and things).

This will need to be expanded later, to have areas on which to operate on, so you can mark an area and some of your units could keep picking up things in that area.

This is meant for automation of course. You will see it outside that as well though.

This does not do anything if you pour it on the ground or items yet. You can pour them onto other units though, for which you need to be twice as dexterious. If you succeed, the potion will take effect on that units.

The slowdown is customizable in the server_config.txt. That way you can remove it entirely as well.

Type in /team 2 to join the other team. You need to do this before joining the game with the map running.
PVP maps (that is maps with 2 spawns) will only allow you to move if there are at least 2 players connected. 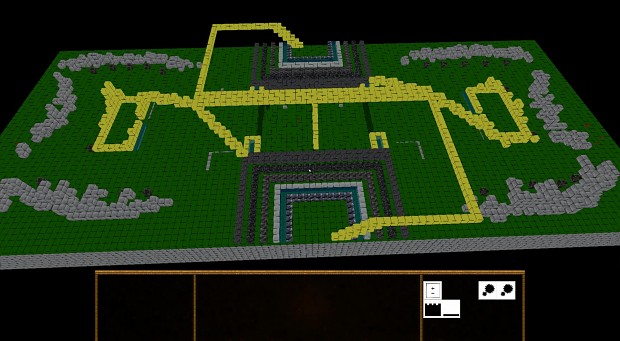 More on how to make custom maps and use /give here: Dungeoncraft.draig.de