New items, New Enchant effects, Better AI, Better balance an A great many things for a great patch! Read on! 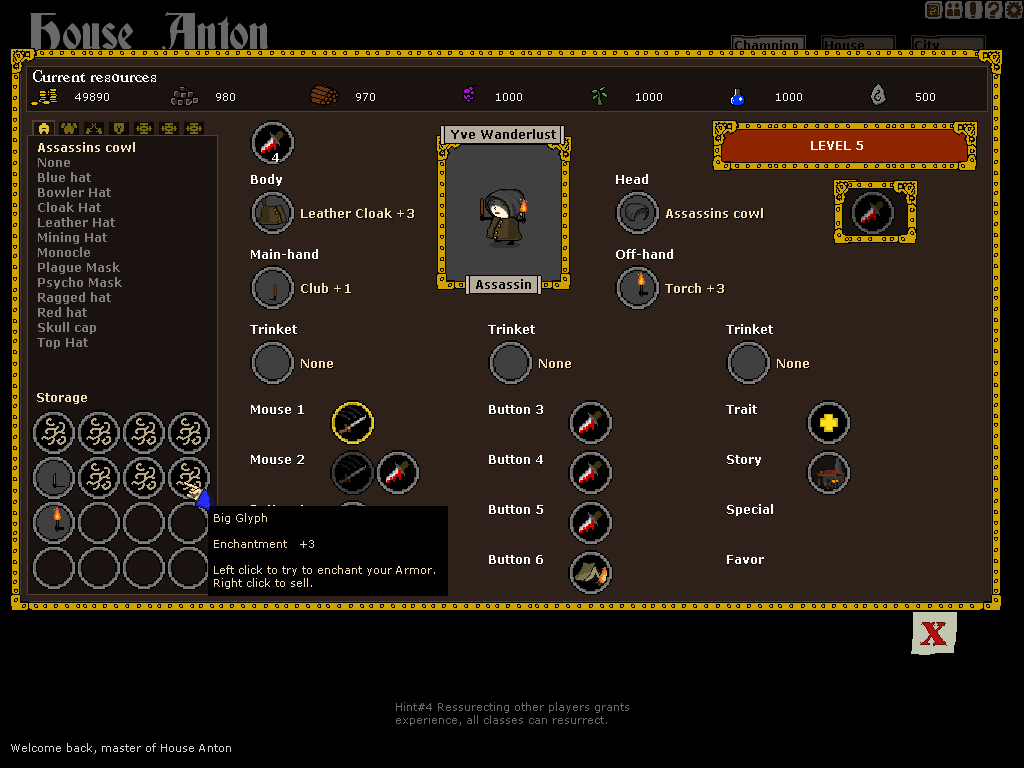 Its all about quality!

Its been a long time since last patch since I have been too busy studying to commit my usual amount of time to the project. But it has paid off! studying computer science I am learning some new tricks to optimize the code and there should be some noticeable latency improvements in this patch!

GameBoon has been giving me tons of feedback over the last couple of weeks and much of this patch is focused on balancing and quality. I have however been able to find the time to implement som new enchanting. Enchanting now works for Weapons, Armor and Off hands. Each item can be enchanted indefinitely each enchant requires a bigger shard and bigger shards are off cause harder to find.

More creatures drop loot now so you may need to trash more loot than before, it is also worth nothing that most found gear will be of lesser quality than the gear you can buy in the shop. When enchanting an item the stats will be based on the starting item. That means that enchanting a standard Torch will make it a nice off hand but it will not be on par with an equally enchanted superior off hand dagger for example.

This weeks class pick is:

The Cleric Of Oran
Clerics of Oran serves the Lord of Light, They believe in truth and justice - however since the sundering their justice has been extremely harsh and many now consider them fanatics. They take extreme measures to purge heretics from their cities and their inquisitors are more feared than respected.

Inquisition - Cleric Of Oran subclass
Inquisitors rely on their holy powers to smite their foes, they use searing light to burn the wicked and the suspect. They do not care for healing and are front line damage dealers with great AoE damage and good CC.

Warding - Cleric Of Oran subclass
Clerics of Warding are lore keepers and templars, they are responsible for securing holy areas and assisting the Orans crusade. They are adept at shielding their allies and debuffing their enemies. Warders are also resposible for maintaining order in cities conquered by the light and are generally less zealous than their Inquisitorial counterparts.

Hope you will enjoy the patch and may Oran judge you worthy.