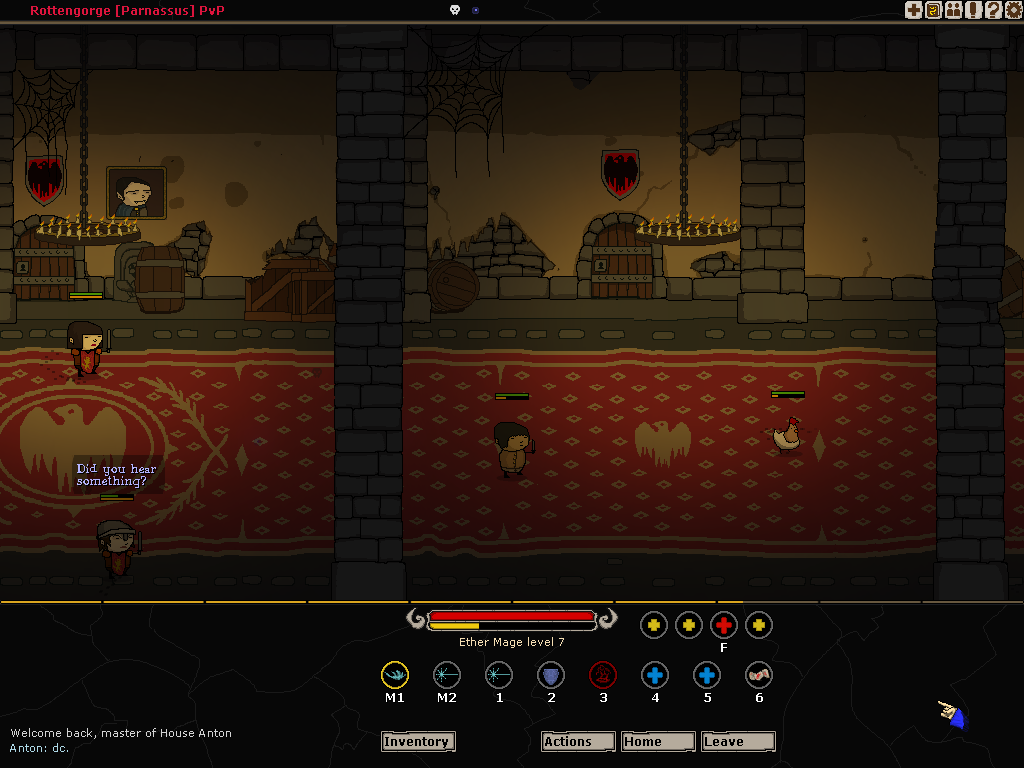 Even the mightiest castle has its chicken.

The castle has been looking like a ruin for too long! Now is the time for carpets and portraits of vampires.
All abilities are now aligned, most generic abilities have been Urge aligned but abilities unlocked by specialization are aligned by specialization. That means that infusions now has a much bigger effect than before since all creatures now benefit from infusions. Note that monsters are also benefiting from this change.

The resource has also been changed quite a bit, there is no longer any upkeep on servants and food is now spent on powerful patron buffs. One of the biggest concerns so far has been the lack of online players. Daily quest points did help that a bit but I still feel the game would greatly benefit from more player activity, one of the problems was that resource production was 100% automated, so a player who got just one miner, one lumberjack and one farmer would eventually reach the resource cap without ever playing. The new harvest mechanic alleviates that problem. All resources gained through production are added to a harvest pool with a very low cap. To gain access to the produce you need to go to the resource tab and click the harvest button.
This mechanic forces players to be more active on their accounts to gain the full benefit of their production.

Another big change is the life to damage ration, many fights where simply too long and tedious and players where not rewarded enough for good reactions and proper positioning. With the new patch monsters have had their life scaled down and their damage scaled up. This goes for players as well. This should provide more interesting combat and allow for easier solo play at low to mid levels.

This weeks class pick is:
The Cleric Of Aden
This archetypes focuses on melee combat, Clerics of Aden are melee bruiser and while their healing is lower than most other clerics they make up for it by being able to join the soldiers on the front line and their combat buffs are some of the most powerful in the game.

Honor - Cleric Of Aden subclass
Clerics of Honor worships integrity above all else, the Clerics are often found in the armies inspiring troops and preventing atrocities by force of personality alone. Clerics of Honor believe in a personal moral code rather than a rigid set of rules defined by dogma.

Strength- Cleric Of Aden subclass
Clerics of Strength have pledged their life to be as unto Aden himself, only by fighting like Aden can on prove himself worthy and the mere sight of these clerics on the battlefield is enough to bring pause to most foes as they recklessly strive to prove themselves in battle.

May Aden grant you strength.