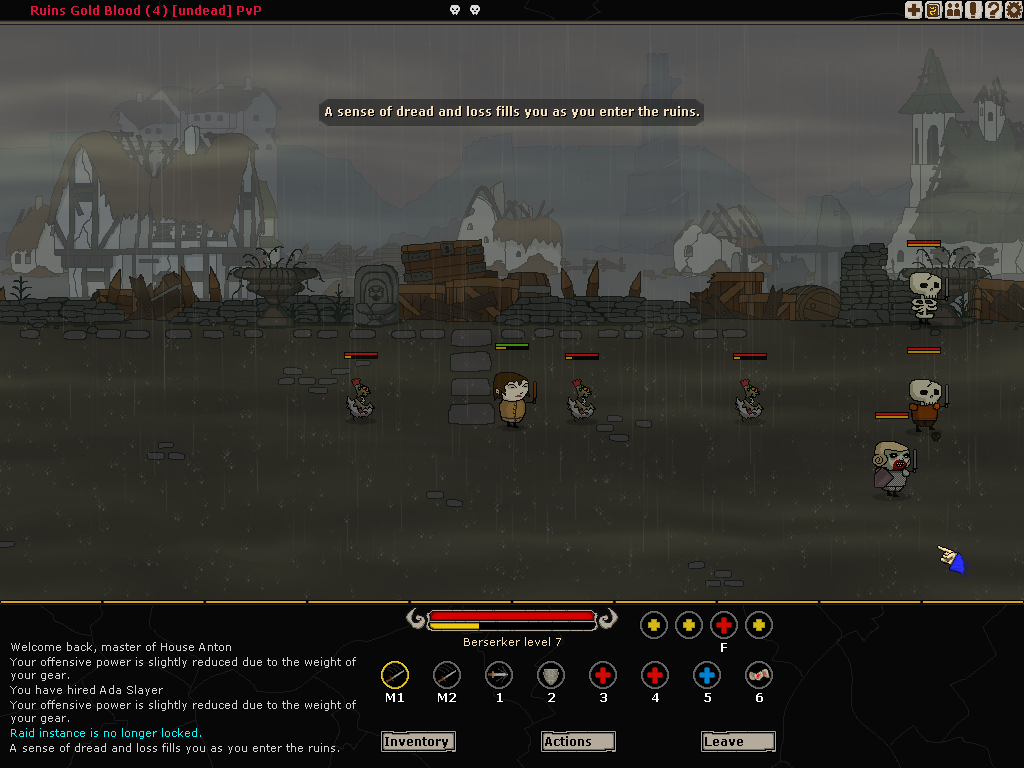 Ada The Berserker enters the undead ruins on a quest for vengeance.

The last few weeks I have been working mainly on optimizations of the server code, I wan't to make sure that the server runs a smoothly as possible but sadly, spending time on the network code leaves me with very few goodies for you guys. However I did find the time to add a few niceties that I want to share with you:

This weeks class pick is:
The Archer
This archetypes focuses on high mobility and ranged damage, archers have slightly lower damage and utility than sages but makes up for it by being tougher and highly mobile - making them very well suited for solo play.

The Seeker - Archer subclass
The Seeker are the scouts of Orans holy army, they specialize in marking their foes that allies may deal increased damage to them. The seeker is more damage focused than the base Archer and more suited for group play.

The Wildrunner - Archer subclass
Born to nature, Wildrunners are Ianna worhippers that can draw on the power of the Wyld to aid them, they deal slightly less damage than the base Archer but can summon pets to aid them and snare their enemies with barbed arrows making them ideally suited for solo play.

That is all for this patch, may Dwade pass you by.