This week I have spent my time implementing wandering monsters and this weeks class pick is the Assassin. Read on... 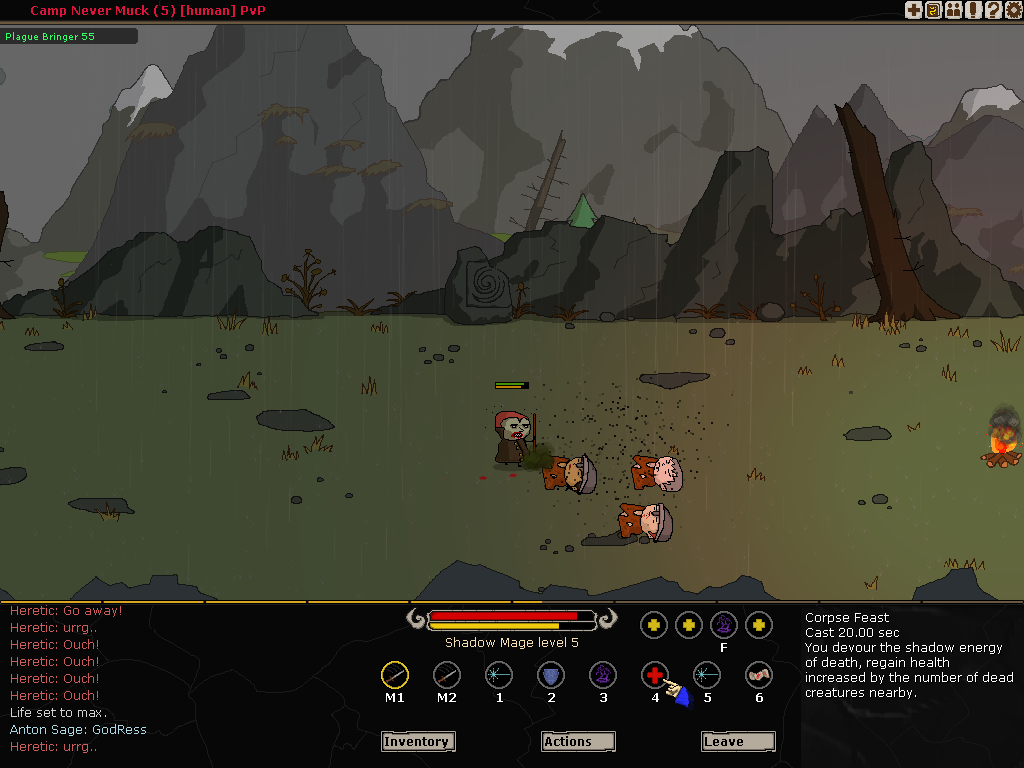 A burst of flies wear out some hardy party goers.

This week I have spent my time optimizing the server and the launcher, but I also had the time to implement a new feature : Wandering Monsters!
The wandering monsters are champions that spawn out of instances and start wandering the world looking for fights and treasure. Such monsters may be found fighting each other in the wild or even raiding instances, much like players. In the future I aim to let them gain levels and items but for now they are a ways to make the world more alive and add a bit of danger to travelling the world.

This weeks class pick is:
Assassin - Agent archetype
The assassin is a slippery class adept at dealing very high single target burst damage. They are extremely good at going into the enemy back line and killing of a healer or mage.

Mindspike - Assassin subtype
Mindspikes are even more elusive than regular assassins and are very skilled at taking on armored targets due to their high armor penetration. They do not have the same damage potential and but makes up for that by being able to create illusions to tie up their enemies.

Shadowblade - Assassin subtype
Shadowblades are specialists even among assassins, they deal even heavier bursts than regular assassins and are able to dash through the shadows to reach their target. They do suffer from longer cooldowns both on their damage abilities and their escapes.

This is all for this week,
May Callysta smile on you!