Sometimes server speed is all you need! Server optimization, Sage Buffs, Map zoom and balancing is the name of the game in this patch! 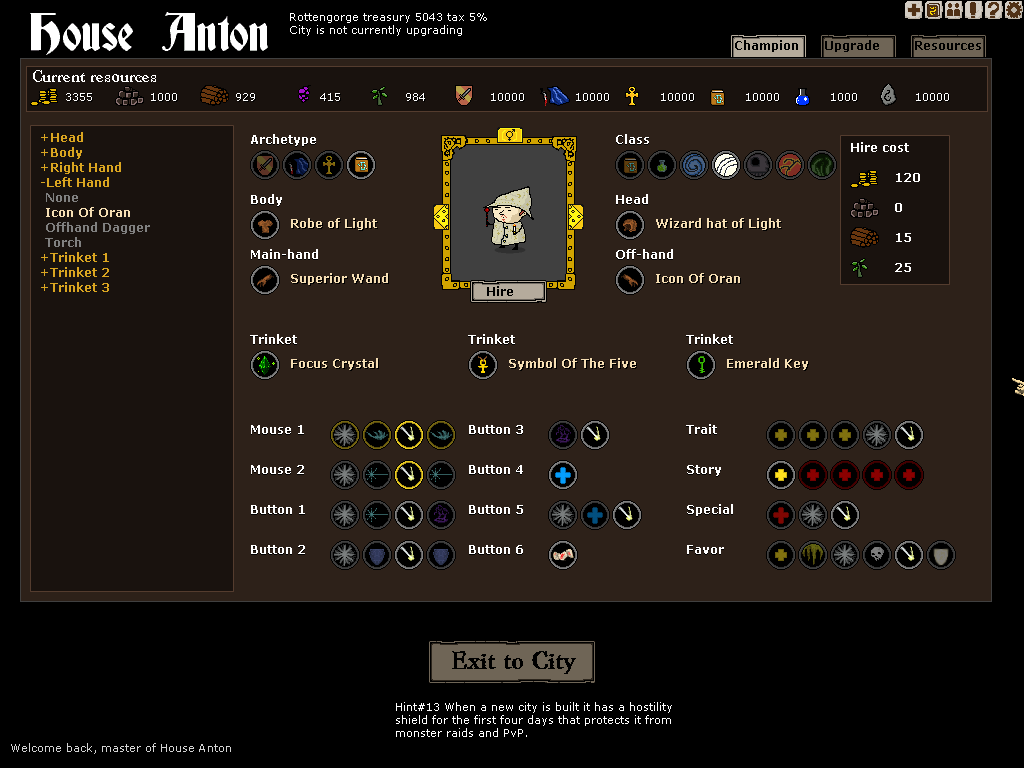 Carlton Seartouch is being hired into the service of the house and is itching for a fight.

This week I have been focusing mostly on balancing the archetypes, I wrote a tool to do some data mining and discovered that sages where having a lot harder time than intended. So far I have been trying to make gear for the sages to alleviate this but it turns out that their damage multipliers where just a lot lower pr level than intended, that meant that while one-shot'ing most things at lower levels, they would struggle greatly at higher levels and be rendered all but obsolete by around level 12.
Sages now have greater base stats and better multipliers on their abilities.
I also implemented a zoom function for the world map, this should make it a lot easier to find your way, unfortunately since I am using pixel art for the game, not all scaling is as eye-pleasing as I would like but I feel that the usefulness outweighs the tearing.

I also implemented quite a few new trinket too to discover as most of them are unlocked by sub-classing and the mages have new hats! yes, this has indeed been a Sage love patch.

To continue my class descriptions here comes:
The Veteran - Soldier Archetype
Though as nails, veterans of a hundred campaigns, these guys are tougher than any other Champion type in the game, tanking is their game and while packing less damage than other classes, these guys can certainly outlast almost anything.

Honorbound - Veteran Subclass
Bound by oath to protect their contracts, these Oran worshiping bodyguards takes toughness to whole new levels, they can withstand hellish amounts of damage and can even become invincible for short periods of time. They have very low damage output compared to other classes but are so tough that they have even been known to get up and seemingly shrug off even mortal wounds.

Warden - Veteran Subclass
These defenders of nature are still tanking but has lower mitigation than a base veteran, they instead have self heals and a bit higher damage. This should make them very well suited for solo play while still very tough, perfect for tanking in groups with no healer or as an off tank.

That is it from me this week - remember to follow me on twitter (@AntonioTeyken) for thoughts and comments and enjoy yourself in Realmstone!