Yeah, its been awhile since I've updated. 0.8 is 90% finished, and I have plenty of new stuff to show so here's the biggest update yet!

EDIT: I will be hosting a deathmatch-mode open beta on Taleworlds forums for balance testing, etc. before the final release.

1 First feature I'd like to mention is the swords. They've been redone with new rapiers and sabers. "Archer" classes aren't stuck with terrible melee either, as you can see below the Watchman and crusader archer both have 2 full sets of swords. Nearly all classes will now have 2 or more melee types. In the examples below, the watchman has rapiers and sabers while the archer uses broadswords and rapiers. 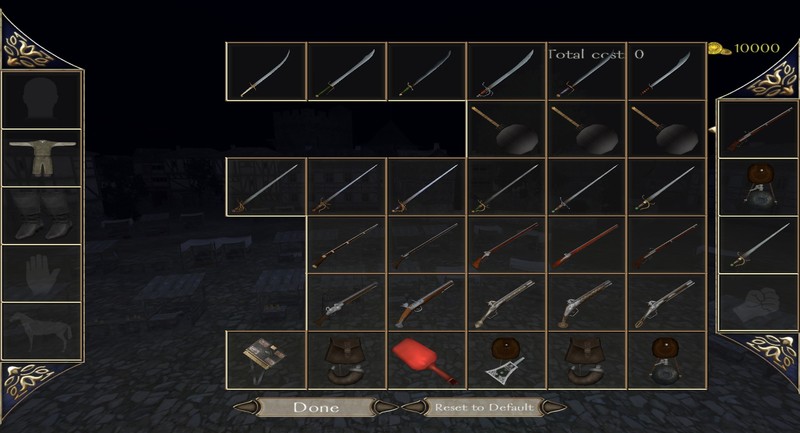 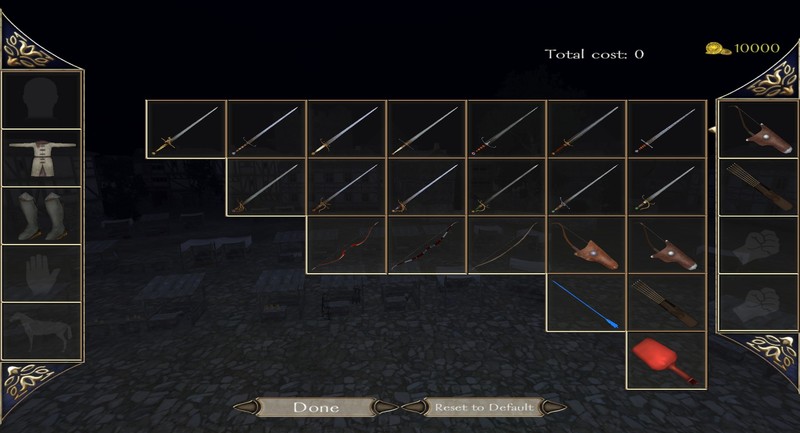 2 New map. A carnival town with nice torch lights and bridges courtesy of Slawtering. It looks great at night! 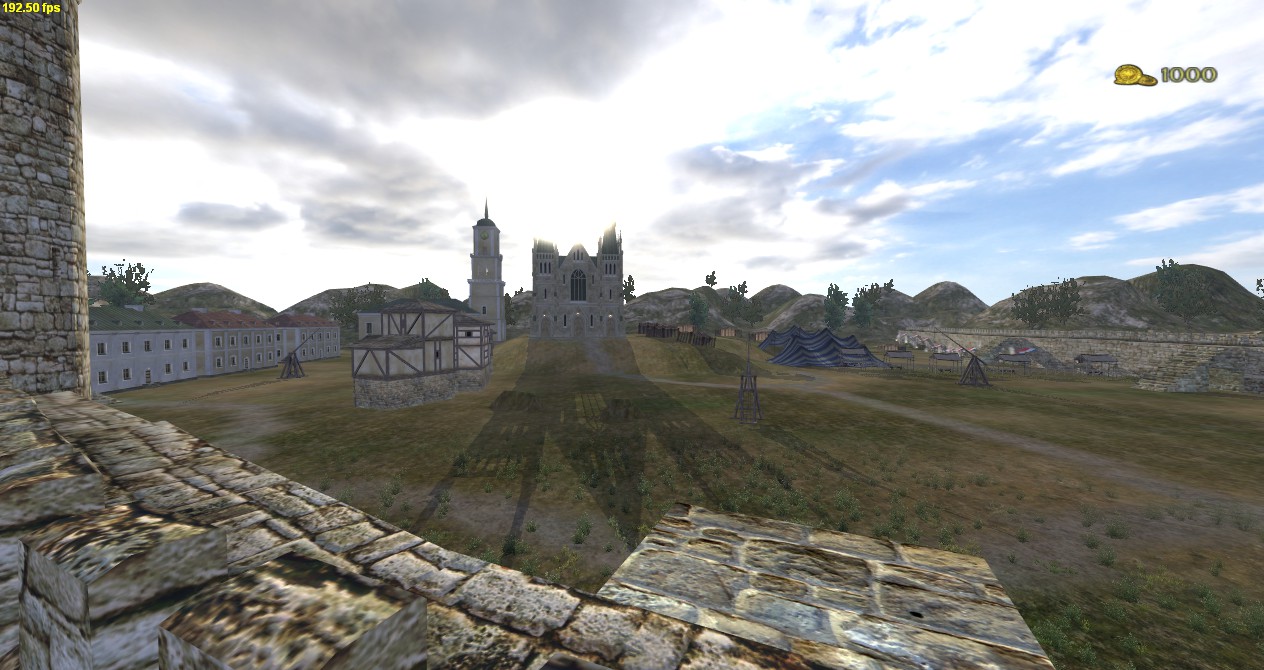 3 Decapitation and gore effects!
No screeny for this one. You'll have to see it for yourself. The new decapitation will have you losing your head :lol: it will also create different decapitation effects for different creature types (no blood for skeletons, etc.) Also, I created some better blood effects with brand new particles and textures complete with 3D gore chunk particles (to my knowledge, this is a first for mount and blade). 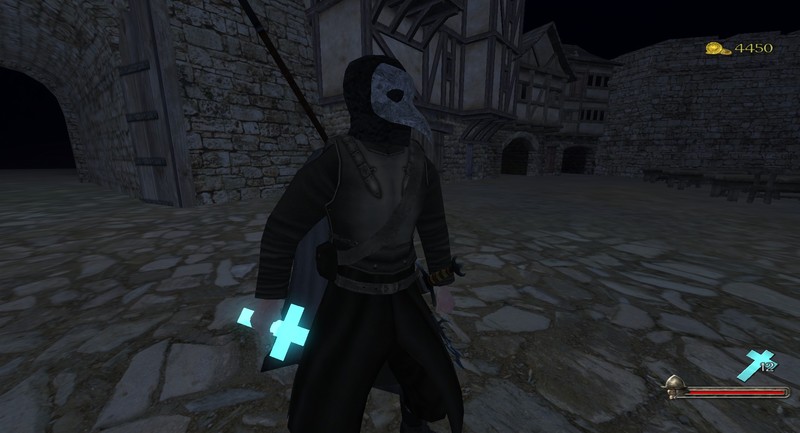 1st new faction for 0.8. Class guide below.
Inquisitor - A new mage class useful for defending a position or hunting individual enemies. His staff of draining will weaken enemies and leave them vulnerable, while his Holy Crosses will devastate any enemy struck. At later levels he unlocks a weak teleport and "Gunslinger" which will fire a quick burst of 6 magic gunshots. Has better armor and weapon skill than the mage.

Executioner - A flexible infantry class with both guns and large axes (courtesy of The Last Days OSP). Deadly when fighting defensively. They are equipped with high strength potions to temporarily ignore all damage against them

Now the vials finally work and you'll know what they do. Raise your hand if you ever died from falling off a roof as a Shadow? 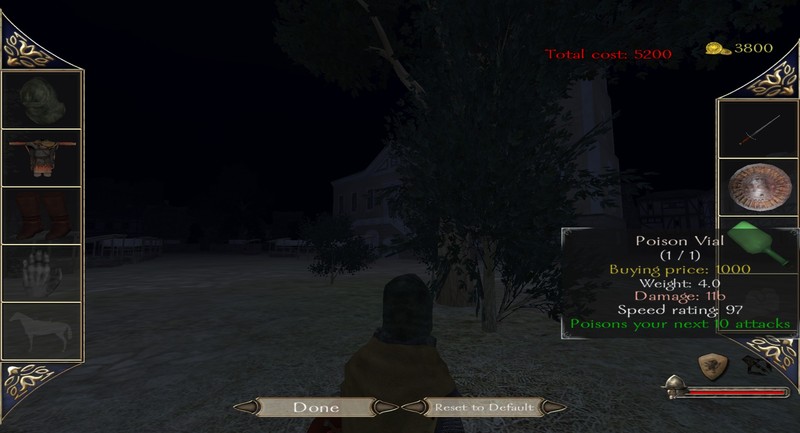 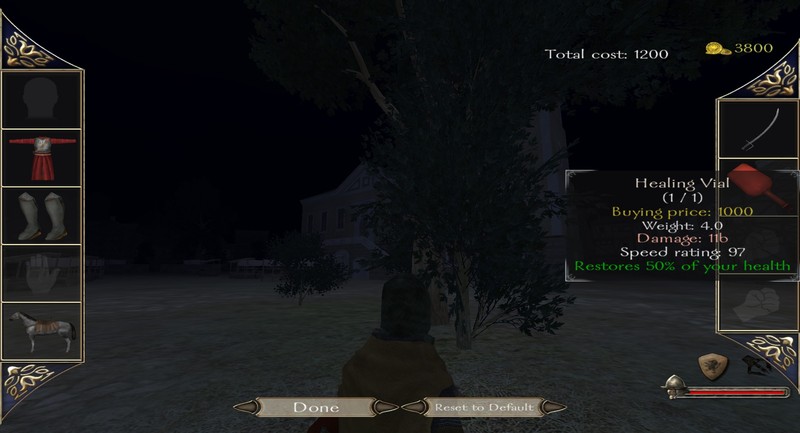 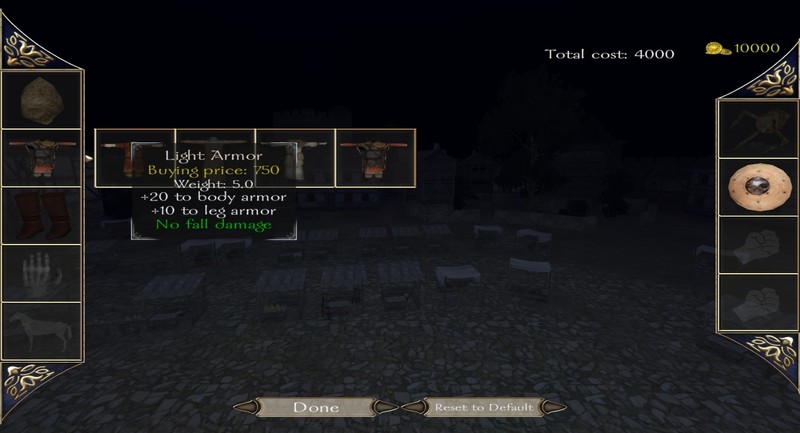 7 - Blood knights now work as they were supposed to. They now turn into skeletons when on their last legs just like in the video (get it? LAST LEGS???).

8 - Deathmatch friendly(er). Poison, spells, teleports and grenades are all weakened when in deathmatch, to prevent the soul-rape that went down in any deathmatch games we played before. 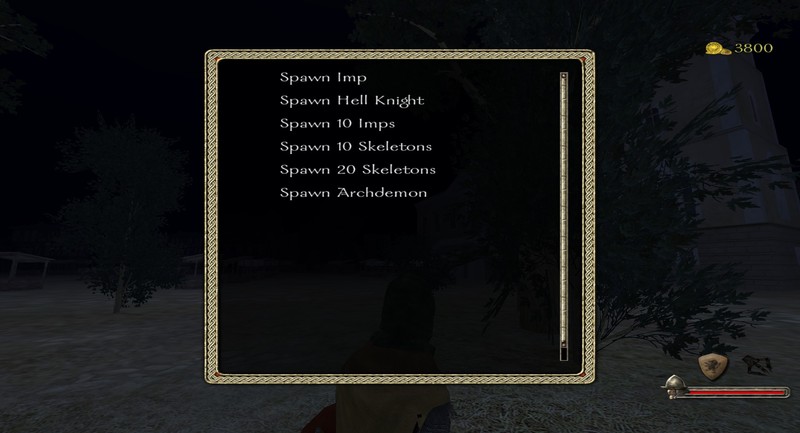 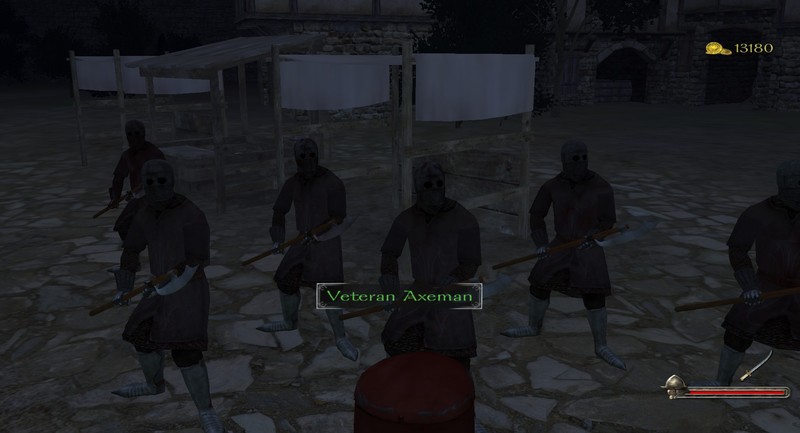 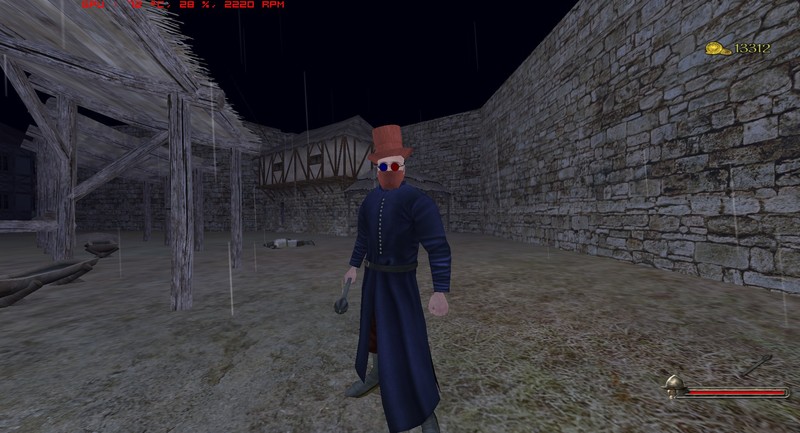 Class guide:
Chaos Mage Powerful spellcaster with unpredictable, random spells. Anyone playing as a chaos mage is nearly guaranteed to score a few kills, but how the enemy dies is anyone's guess.

Ringleader - A decent duelist-type class. The Ringleader's greatest strength is his freak soldiers which he has instead of regular troops. In his arsenal are a few summoning spells and potions of every kind. Very flexible class with strong troops

11 Crashing issues fixed
A crashing error in previous versions was caused by elite horses. In 0.8 they have been removed to prevent crashing.

12 Imps have a brand new look 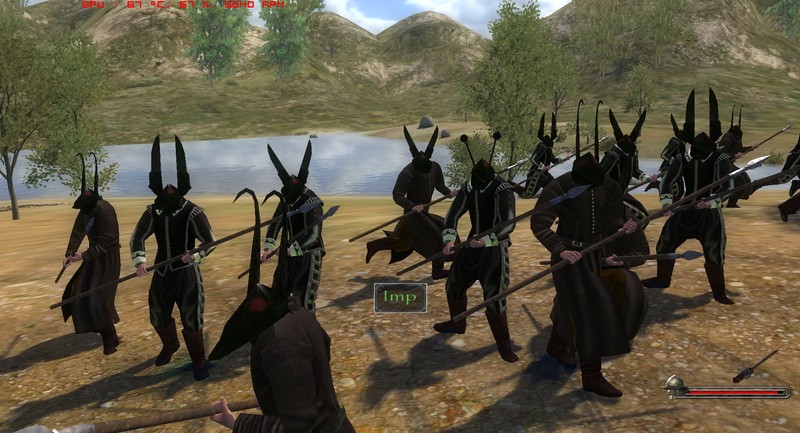 13 30 new enemies
Going along with 0.8's 'shadow' theme, a lot of the new enemies are tricky ranged/melee combo troops, some are mages or archers. 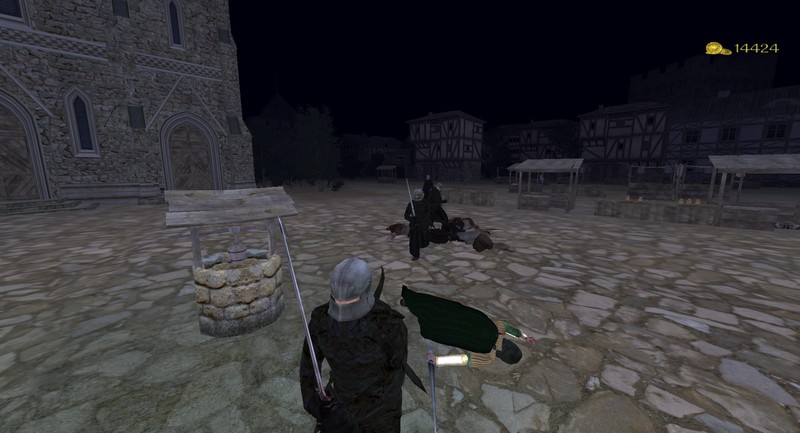 14 Mage gets a summoning spell
now you can stop asking for it :D 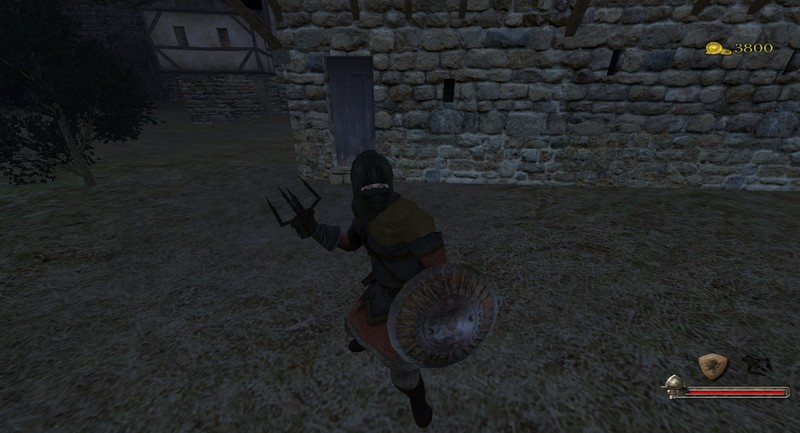 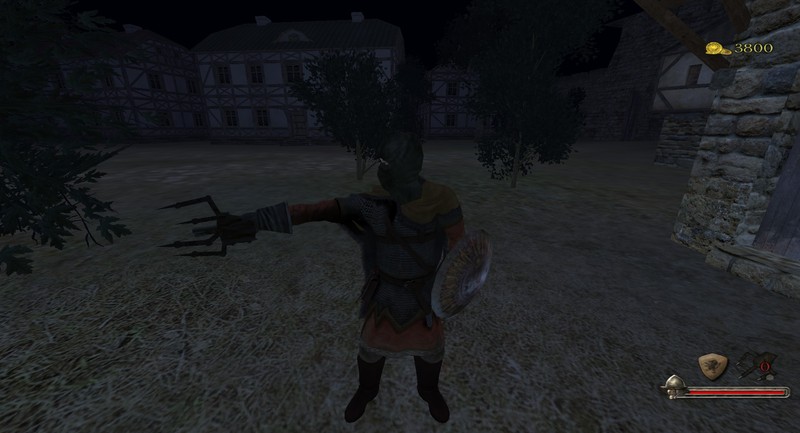 17 All classes faction finally has ALL the classes. 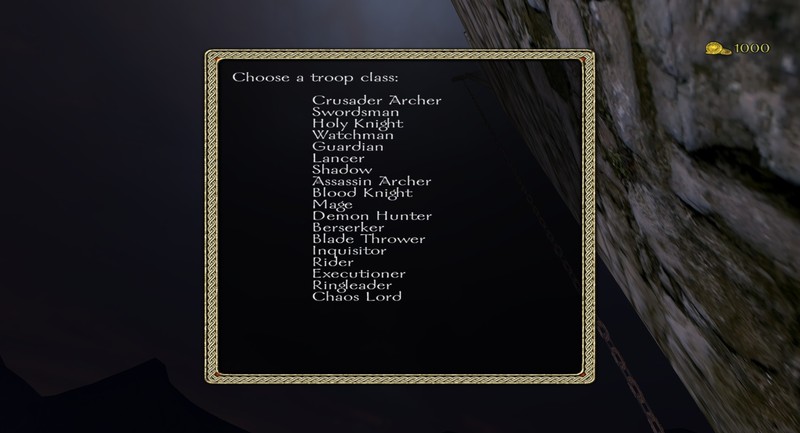 WOW :D That is one hell of a patch! Freaking awesome news ^^