Glad to announce another monthly report for you with a bunch of good news as always. From this update you can familiarize with the patch notes, Ivy retrospective development, fresh money & issues report for our Co-Founders, an offer for you to get your own Co-Founder status from SEA, receive a free copy of the TFoG game on Steam, listen to a new OST music track “Raider’s Camp,” and check out some new lore representing the new faction. Just open up a cold bear/Coke and enjoy!

I’m glad to announce another monthly report for you with a bunch of good news as always. From this update you can familiarize with the patch notes, Ivy retrospective development, fresh money & issues report for our Co-Founders, an offer for you to get your own Co-Founder status from SEA, receive a free copy of the TFoG game on Steam, listen to a new OST music track “Raider’s Camp,” and check out some new lore representing the new faction.

Just open up a cold bear or a Coke and enjoy the update! 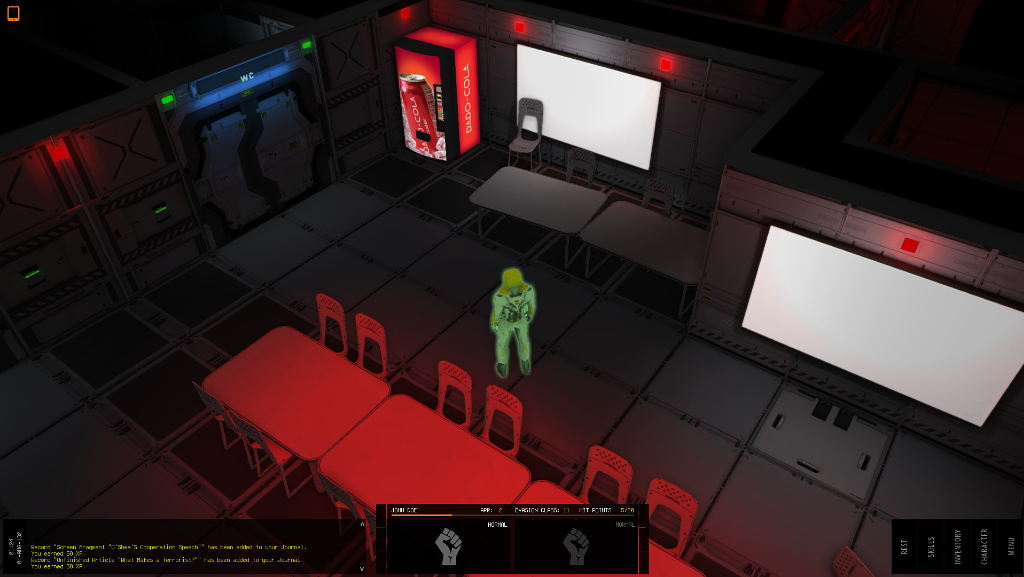 Audio:
• Missed Narrator voice sounds added.
• Volumes for 3d sounds and speech amended.
• Not ceasing voiceover in dialogs while the dialog is closed or another line is played, or when quieting to main menu - fixed.

Mechanics:
• Drones AI added.
• Followers mechanics added so that PC’s followers can travel with him/her through the levels and areas. 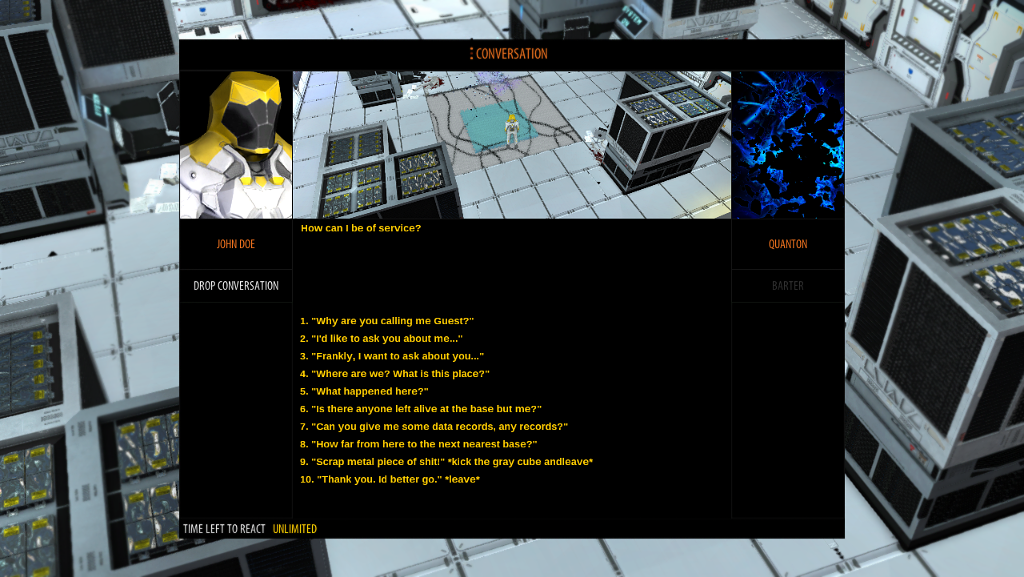 #1 Thanks for your bug reports, guys! We really appreciate them, but it’s become quite time consuming to slog through them all in our e-mail. We’ve come up with a better method to make this process more organized, and you can now upload your reports to a new sub-form we’ve created on STEAM, which you can access here: LINK

#2 Along with the Quanton’s servers, quests, dialogs, models, VFX, cut scenes, and other gameplay, we have finally completed the Science Facility level as it was meant to be. Through the prologue players should become comfortable with the specific (and quite frankly old school-ish) methods of storytelling and gameplay we plan to use in the rest of After Reset RPG.

One of these core features is very non-linear gameplay, and in regard to the Quanton Hub, it is completely up to players to decide what to do with it. Doing nothing is, of course, an option. I’d like all of you guys (while playing AR RPG) to really immerse yourself into its world and roleplay your character. Relying on the statistics of human behavior, game theory, and my D&D DM experience, I encourage you to behave like your character would in the real world—or even roleplay yourself. There’s consequences (positive and negative) for just about everything in the game. So aside from testing, please, don’t rush into decisions just because the option is there.

#3 There is one cut-scene left to be programmed into the Special Facility level in order to complete it. Except for that, nothing else should change as far as the level goes, right up to the release of the prologue.

#4 Our third level (the huge one – Ground Level) does not need to be tested yet, but feel free to explore it so you can see how things change with each update.

#5 One of the most important things in today’s update is the final representation of the dialog mechanics and its GUI. Please, feel free to share your impression and thoughts about it.

In this update, I am proud to finally present Ivy to you now with most of her dialogs and quests working. If you’ve been following the development since the Kickstarter you already know who and what this companion is. But for those of you who don’t, here’s a bit of lore (no spoilers): LINK.

There are many reasons why it took so long to properly implement her into the game, and I’ll show you a few of them. Below you can see her concept: 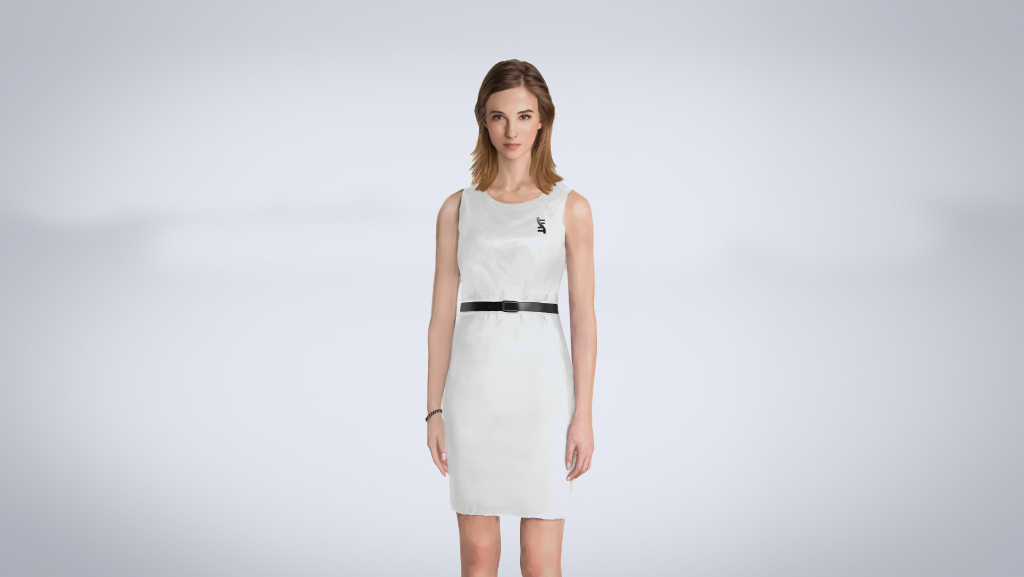 An example of the terrible model we initially got from freelancers: 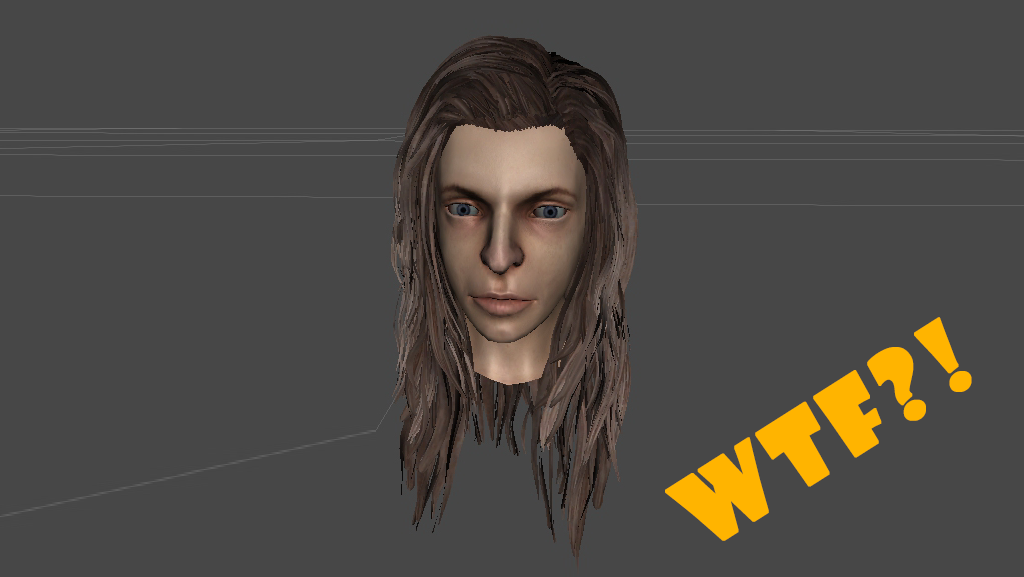 I just could not to put That creature in the game. Rebuilding her took two months, and here you can see the highpoly version of her we did 3 weeks ago: 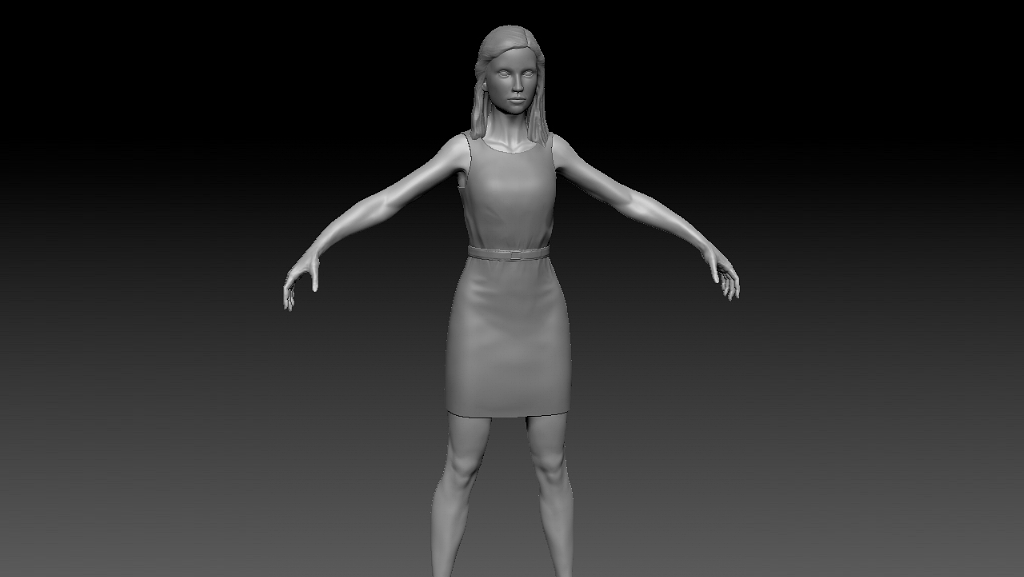 Unfortunately, the low poly count of the head as well as the textures turned out to be bad: 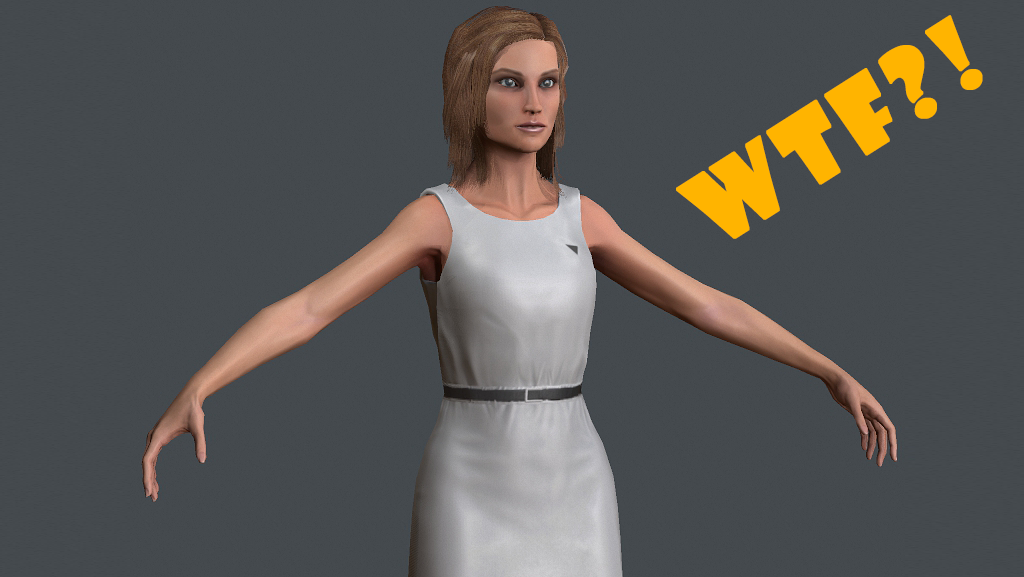 And we had to rework the head completely to get the final highpoly variant you can see below (texturing is in progress). Now I can empathize this girl and would be be pleased to see that face through the whole game: 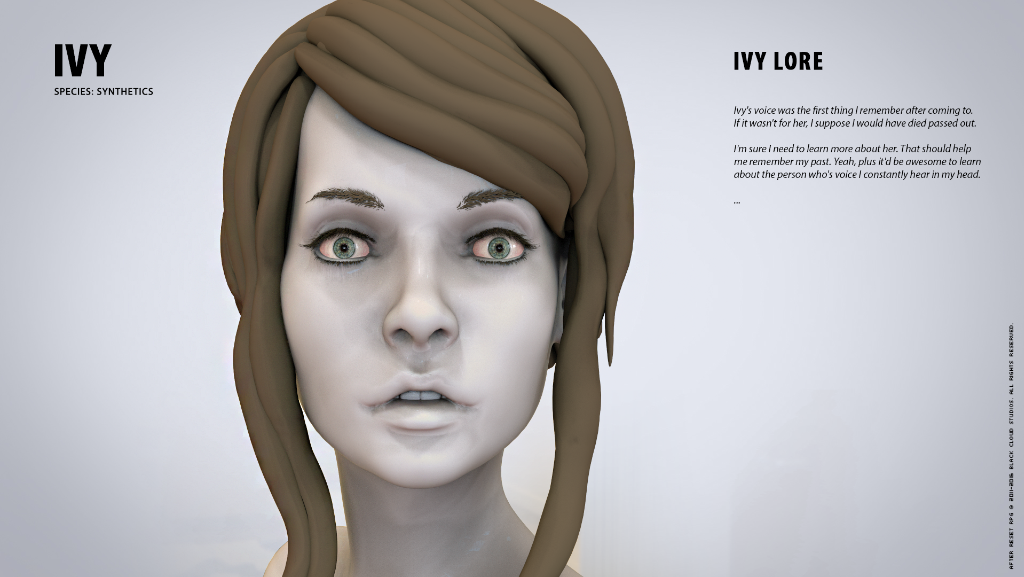 Albeit, I hesitate what haircut for the prologue status of Ivy to choose. We need your help to made our minds about it. Please, let us know which haircut style for her you'd prefer: 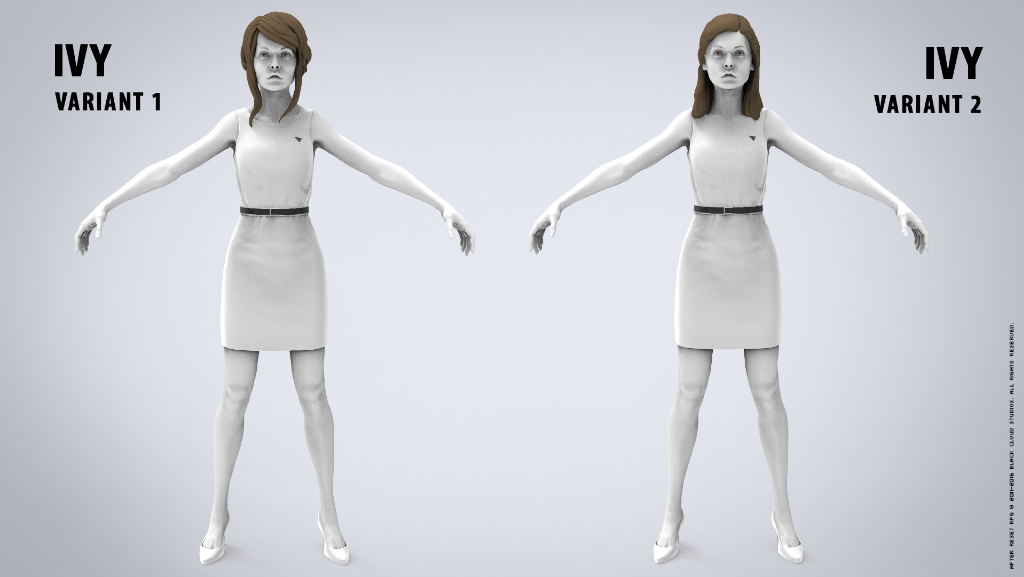 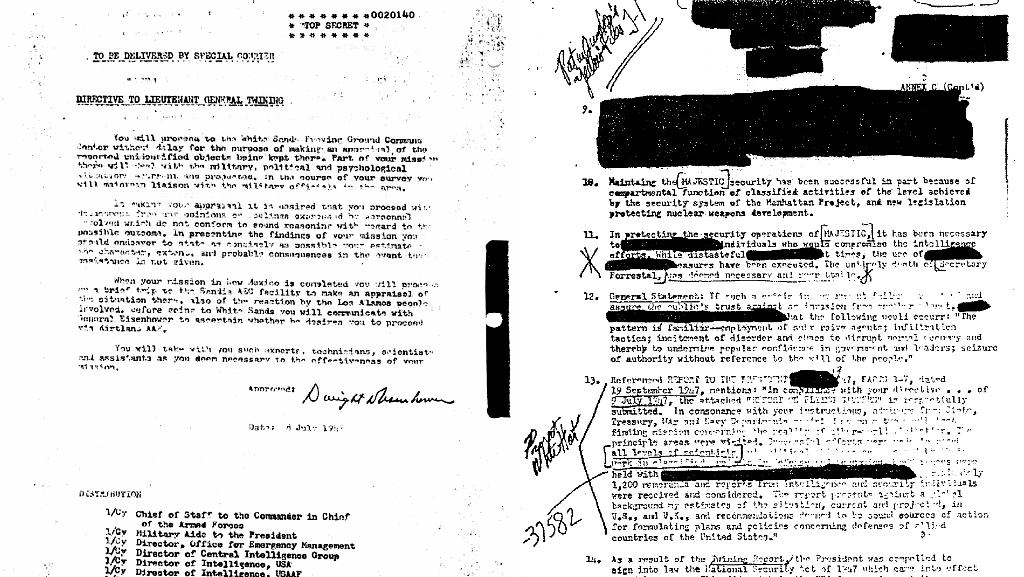 In addition to this update, I’ve posted a closed early report for our Co-Founders: LINK.

It contains screens from our project boards as well as several personal boards of the team members; financial report; plans for the future development (the game is not limited to the prologue, After Reset’s development is about more than one game).

If you’re a Co-Founder, please, feel free to check that early report and share your thoughts.

For our other Kickstarter backers I’m going to share that report a couple weeks before the prologue release in a closed update. Everyone else will be able to see this report after the release. 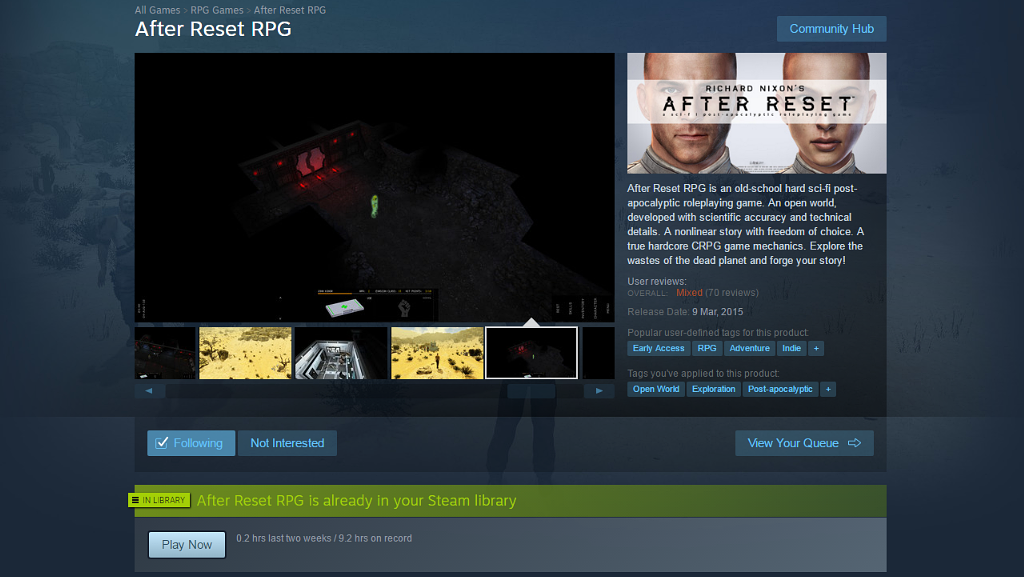 I posted in previous updates our thanks and my personal kudos to those several hundred gamers who purchased our game on Steam Early Access and rooted us regardless of its very early stage of development. I promised to find some way to show our gratitude.

So, I’d like to provide you with Co-Founder statuses, guys, so that you will have access to all the extra content on our forum and to be the first to view our reports. This isn’t just a marketing ploy; it’s our way of saying thanks. If you purchased SEA by the fourth of July or earlier, feel free to write me on Steam to claim your Co-Founder status for your website account on our forum.

Once again, thanks. Your contributions have become immortalized in our game, part of its models, textures, sounds, setting, quests, animations, etc. 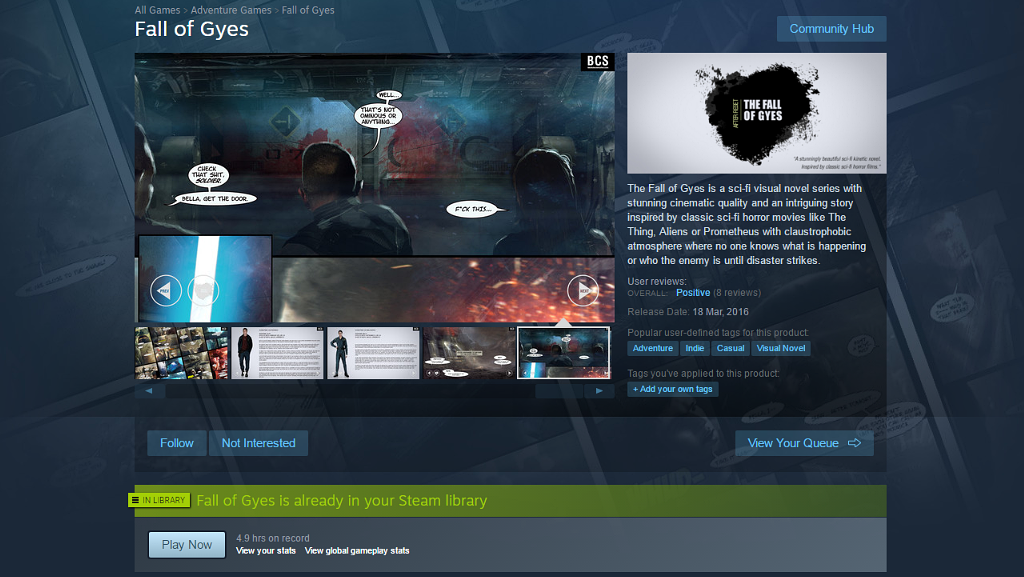 In previous updates I also wrote about my willingness to include the TFoG game for free as a DLC graphic novel for those of you who already purchased or backed After Reset RPG. Even though we still can’t solve that issue just by putting whole TFoG game (1Gb+) into our Steam DLC folder, I’ve got another option:

If you have TFoG as a reward for your tier on our Kickstarter AR RPG campaign, or if you purchased that TFoG DLC on Steam, please write me by e-mail (in case of KS reward) or buzz me through Steam and I’ll just send you a FREE key to the Fall of Gyes game on Steam. 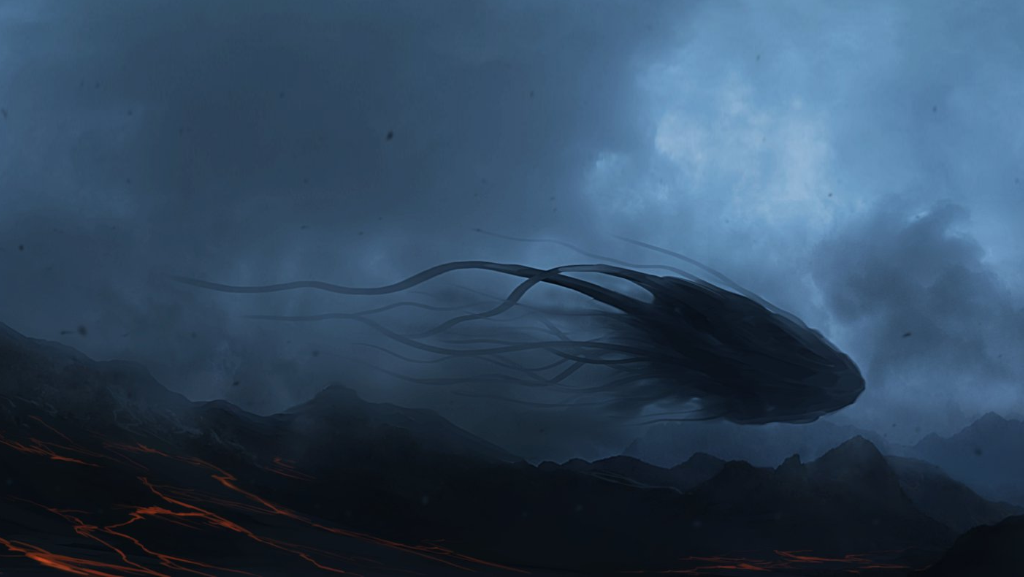 ADDING TO THE OST

Development of the game is not ceasing after the Prologue completion. I’ve already created the script, primary characters, gameplan, maps and quests drafts for Chapter 1. As the location of the chapter will take place on territories belonging to the Indian Alliance and Nomads, in this update I am proud to announce a marvelous new music track that has been added to our official OST called: “Raider’s Camp.”

If you got and activated our OST DLC preorder it has been automatically updated with this news released. Please, check your ...SteamApps\common\After Reset RPG\add-ons folder.

If you didn’t get our OST DLC preordered through the Kickstarter campaign or by early direct pledges, you need to wait till we release it officially or some other special event. Still, you can enjoy the following lore from After Reset game and setting right now. 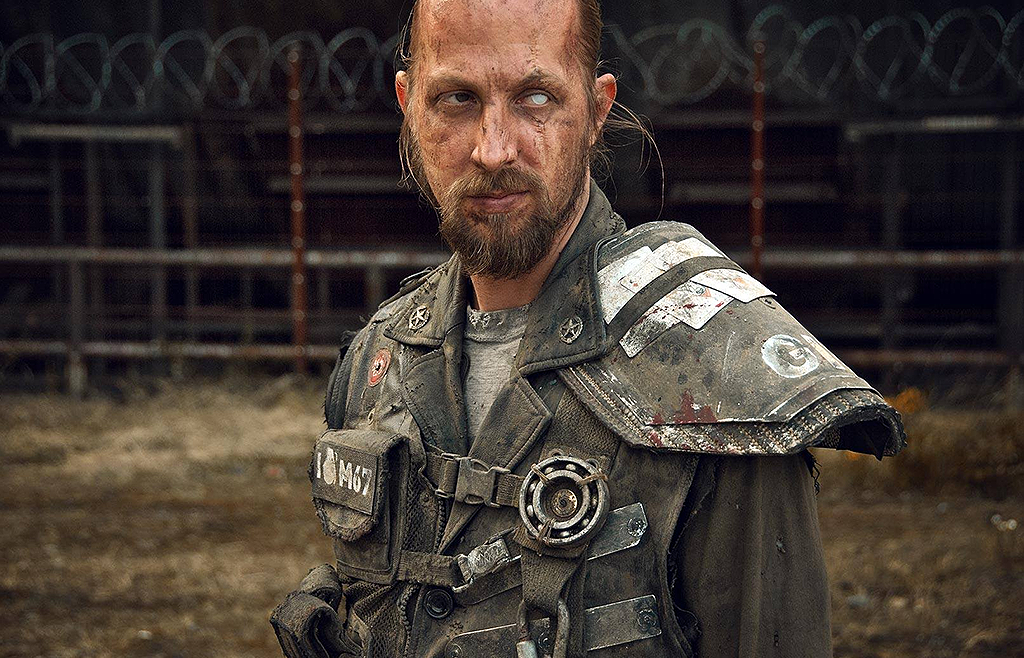 *The photo above provided by Dimitri Zaitsev, a talented costume designer from nuclear-snail.com.

“Raider’s Camp” – that is the name for the new music track we’ve added to our OST, but I hesitated a lot in the naming of it because of our hard sci-fi concept. The setting forced me to use a “Nomad” world. Indeed, have you ever thought why in post-apoc movies and games “raiders” call themselves “raiders?” I imply that it is quite normal for other peaceful people call someone who gangs them – “Raider!” But it turns to comedy when I try to imagine such brutal persons calling each other – “Sup, raidies!” or “Dear, comrade raiders!” If you feel the same way, this After Reset lore is for you:

During the first decades after the Reset, the time called both by the Survivors and Natives as the Hurricane Days, the last human cities above the surface vanished and the evidence of human civilization perished. Following Dunbar’s Rule that is soldered into human nature, the descendants of people (above surface) survived by gathering into small groups of less than eighty people. As the Yellow zones (relatively well accommodated for life) were too rare that time, these people adopted a migratory lifestyle.

Due to all culture, material knowledge of the Past Age was lost and most of the flora and fauna were critically damaged. So, the new civilization had to start over from the beginning: hunting, gathering, raiding and pasture (this way of life spread after 80s A.R.). Lack of human impact on nature allowed it to evolve and take revenge on virtually every biosphere from plankton to mammals.

One way or another, by 100 A.R. a new civilization of Survivors emerged though they were still separated into groups of Nomads, usually consisted of several dozens of people, constantly moving within Yellow zones, practicing Social Darwinism within trading with other groups or fighting over scarce resources.

For these people, their way of life is dominated by aggressive raiding, plundering, murder, or even cannibalism in some extreme cases. To other Survivors they are simply known as “Raiders.” It is important to mention, that raiding and marauding were more or less practiced by all Nomads; thus such classification is highly nominal: e.g. for an average group of Nomads, who were attacked or ransomed by larger group, these attackers would be called Raiders (by the Nomads).

Second, a conditional sub-group might be distinguished as Pastors, for which hunting on massive clouds of animals (primary, cloven-hoofed types but that depends on the region) makes up their primary occupation. Later, after 80s A.R, pasturing became the dominant means of survival for most Nomad cultures. Their migratory patterns tend to mirror those of the animals they hunt. For those who remain focused on raiding and plundering, they still actively hunt and gather but their strategies adapt very quickly to changing circumstances. Generally, they just follow their instincts.

Finally, there are the Craftsmen. These nomadic people survive through manufacturing and trade, focusing more on re-engineering past tech and trial-and-error methods to procure basic technology. Such groups of Craftsmen frequently cart their goods in wagons and are a prime target for other Nomads with whom they are not at peace. This category of Nomads was formed much later than the first two, but also had the fastest social development of any Nomad culture after 100 A.R., and it quickly became the dominant foundation for establishing sedentary settlements.

This usually happened whenever the Nomad population (of a particular group) reached Dunbar’s Threshold or when larger groups absorbed smaller ones too frequently. These excess forces quickly became militias that guarded the agricultural and livestock base of the settlement.

Well, guys, thanks for your support, patience and rooting for us over our long journey.

Your support is the wind in our development sails. Now, let’s focus on the last leg of development!