The shadow mage sub trees are done and zombie champions can now be unlocked! 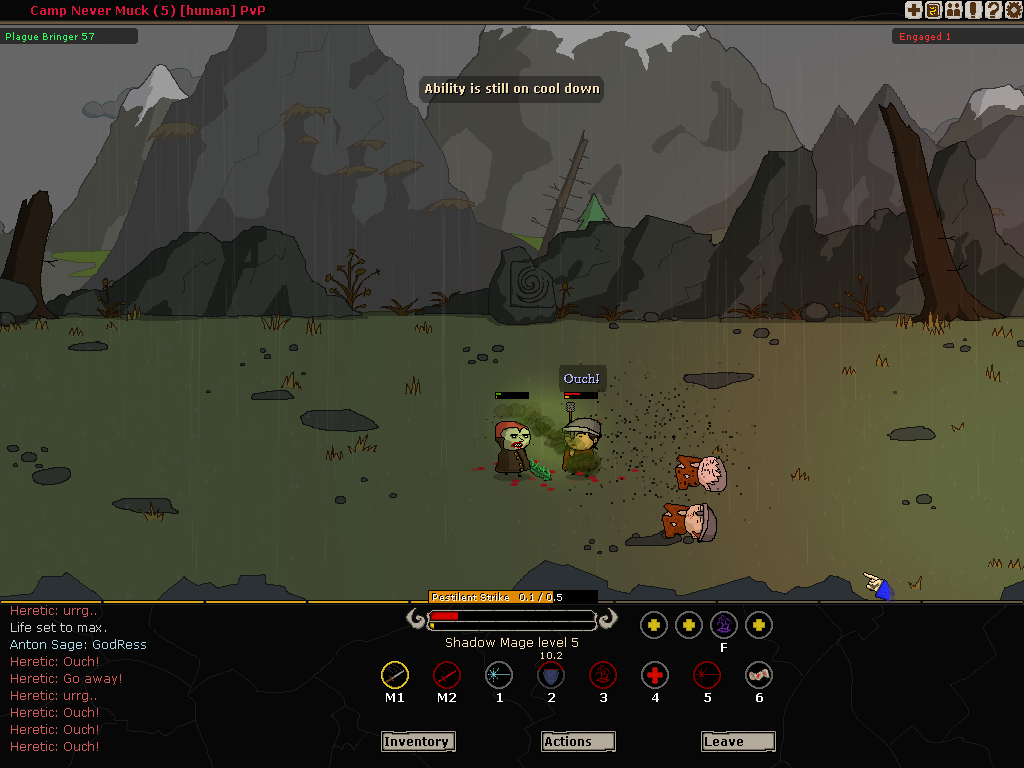 This weeks tip : Don't get plague sworded in the head.

Corruption and Necromancy, the two lines for the Shadow Mage has been completed and I decided to do something new, I added a perk line that enables you to play non-human Champions. Corruption line unlocks the Zombie perk for all classes enabling Zombie Champions and the Necromancy line unlocks Skeleton Champions. More Champion perks on the horizon.

Active Perk 1 options where included as well - more perk 1 actives will be added later but for its available at the end of the Cleric of Dwade Burial line. Burial still feels a bit lack luster, so expect buffs soon.

I have added a few player requested features in this patch - Certain races now use campfires to keep warm and human bandits have learned how to use bows. I will keep an eye on the forums and implement requests from the Ideas and suggestions box on a more regular basis from now on since the focusing on content tools for the last couple of weeks have paid off and made adding new content much easier for me.

Trinkets had their visuals updated a bit on the champion screen to better reflect the type of trinket icons, this along with the champion screen tweaks is part of the constant effort to improve usability and the user experience. As always I am greatly thankful for all the user feedback - you guys are an immense help!