I'm happy to say that I just finished up my first game, Partisan Nation. It's a political strategy/sim.

Information:
Partisan Nation puts you in charge of one of the U.S.'s most powerful political parties. Expand your party's influence by winning elections and shaping U.S. policy. 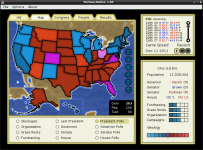 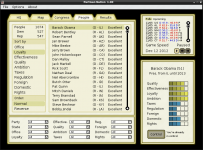 The game starts in July 2012 with the Presidential Race between President Barack Obama and Former Massachusetts Governor Mitt Romney just heating up. Who will win? And just as important, who will have control of the House and Senate? 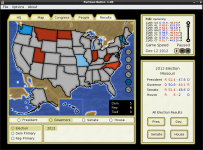 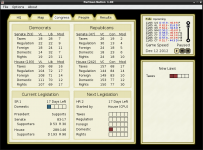 But it doesn't end there! You can play past 2012 for as long as you like. Watch politicians come and go and use your positions in congress and the presidency to change the country's policies.