A quick run down on what has changed since the last news article.

So since the last news post there have been a couple of new updates.

This update introduced the first particle effects to the game. For now they are limited to just moving on the ground (including dashing) and landing a slam.

The particles are designed to be visually fitting for the players location.

Here's the player moving over grass... 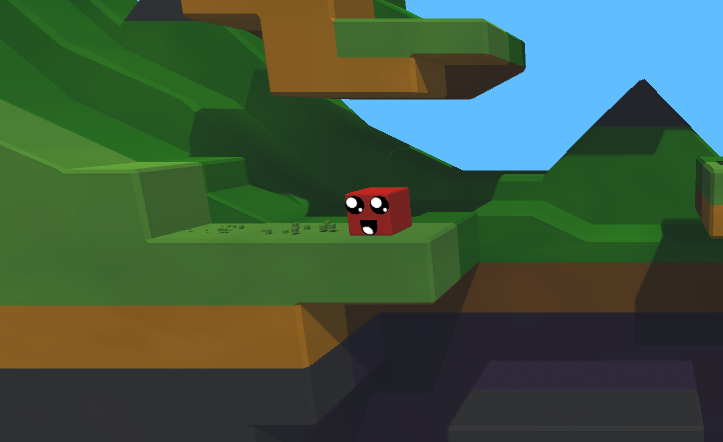 Over... white metal? I'm not actually sure what material you'd call that... 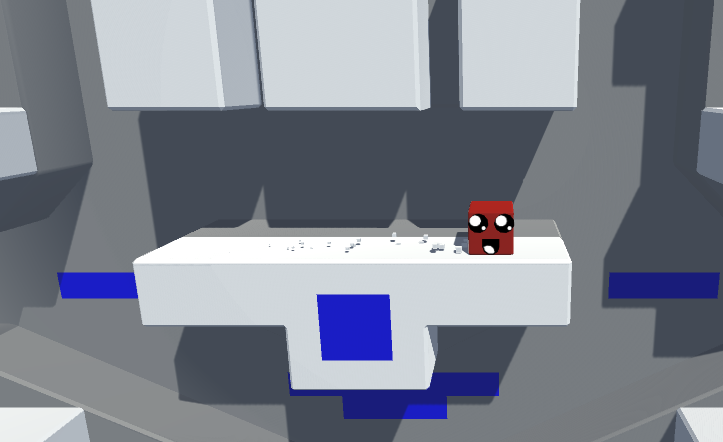 And finally over sand stone... 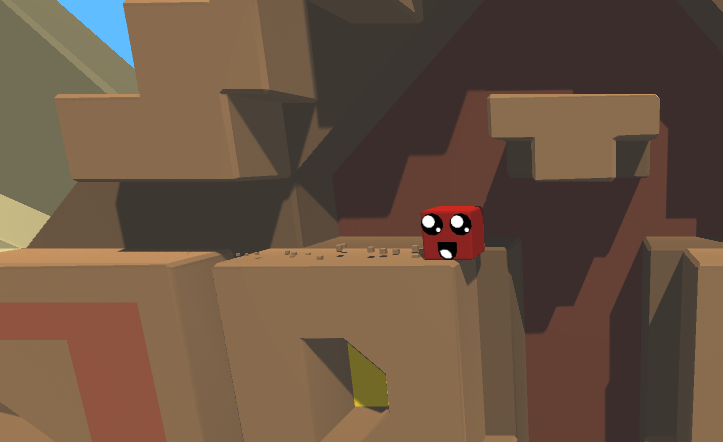 The update also included a bunch of new flag skins for the cubes, as well as some fixing up of the UVs for all the flags. There was a few pixels of overlap here and there...

I also removed the "ghost" textures, as they were just transparent duplicates of the normal flags.
Now ghost materials use the same textures but with transparent shading. 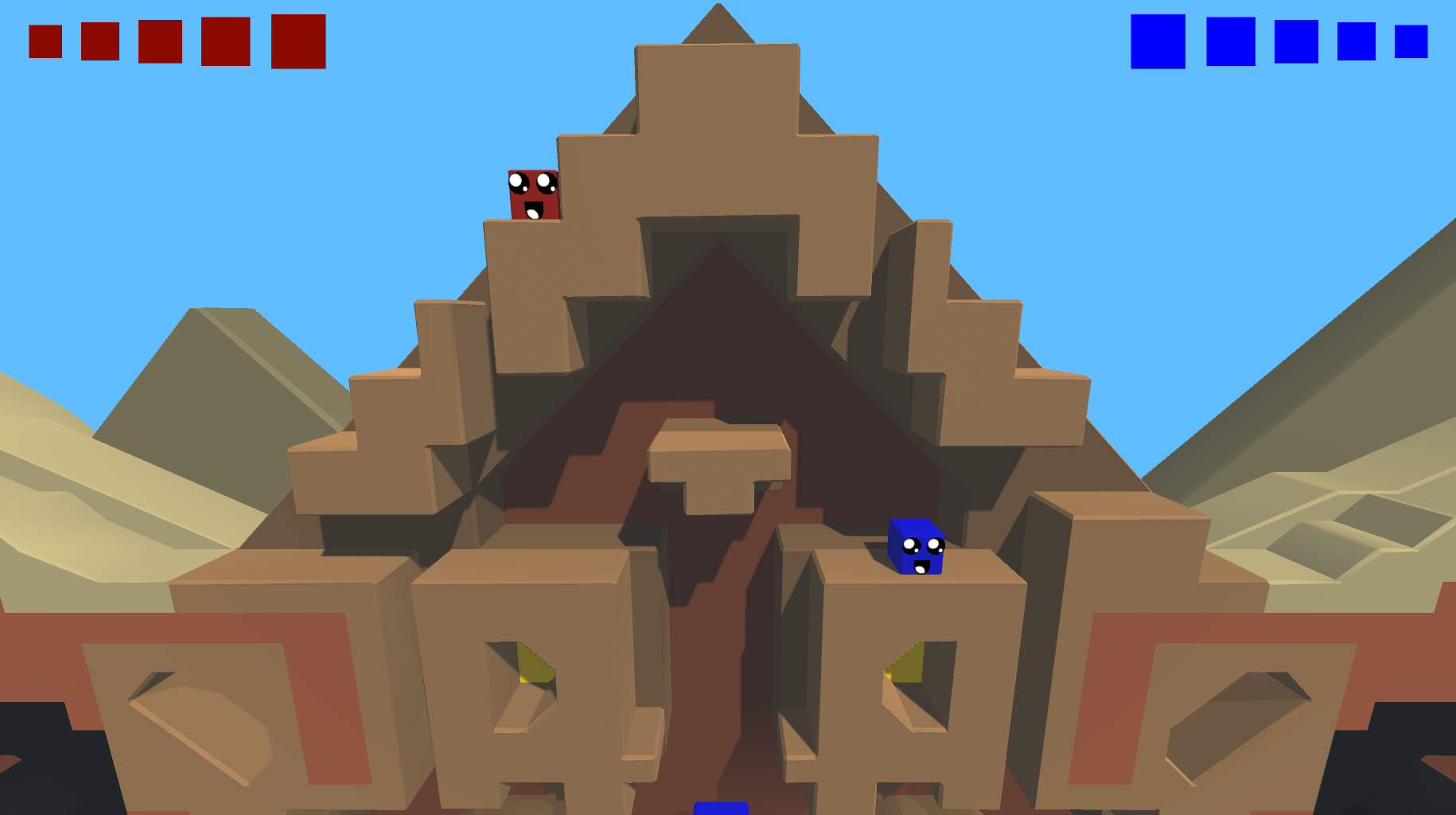 It's a pyramid... I'm not sure what else to mention...
Like the white lab map this one includes several escape chutes for smaller cubes.

Currently the cubes are only using one particle system for the movement effect. This means that when moving onto a new material, and swapping to that material, all the currently spawn particles would also change...

I had already added in code to clear any currently spawned particles when you swap materials.

Problem was that it happened every time you entered a new collision box, regardless of if it was the same material or not.

This is now fixed! It checks to see if the new material is actually different.

Okay these won't ALL be in the next update, but its nice to have ideas, right?