In part two, you have to defeat at least one other lower deity and conquer their island to gain power!

After beating your rival Ryga and proving your followers were stronger, you find out that she has already defeated local deities and conquered other islands, and is closer to becoming the Overgod! Before she can get any further ahead, you'll have to defeat some local deities of your own and expand your power. In part two, you have to defeat at least one other lower deity and conquer their island to continue towards your goal of becoming the Overgod. However, there are two lower gods for you to choose from, and both of them want you to fight the other and is willing to give you a gift upon defeating the other. Which lower deity will you defeat? Or will you defeat both to conquer both islands? 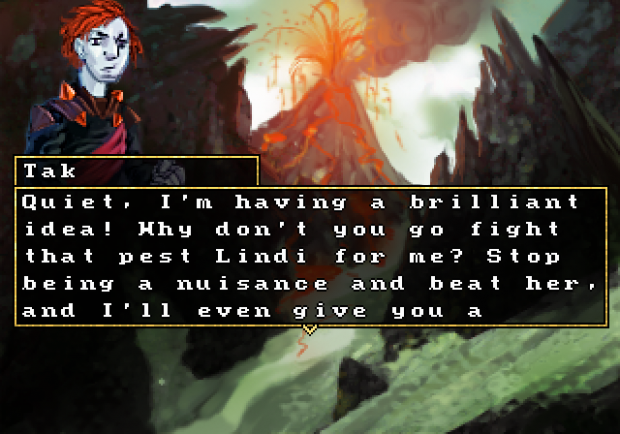 Tak, the local god of Tephron Island. He's got a sharp tongue, but an alliance with him will reward you with a valuable item!

The dialogue and code for part two (of eight) is finished! It still needs some art and music assets, and will need balancing to the enemy groups and bosses, but you can talk to the two lower deities, make alliances with them or fight them. Now that part two is close to finished, I'll start part three soon which features the first Quests of the game! Quests are like locations, except you cannot leave them until you beat them, requiring you to ration items and mana. Additionally, quests will have some special events, procedurally added puzzles, and a boss party you have to clear at the end with higher level enemies and often unique follower types you can't find or convert anywhere else in the game! 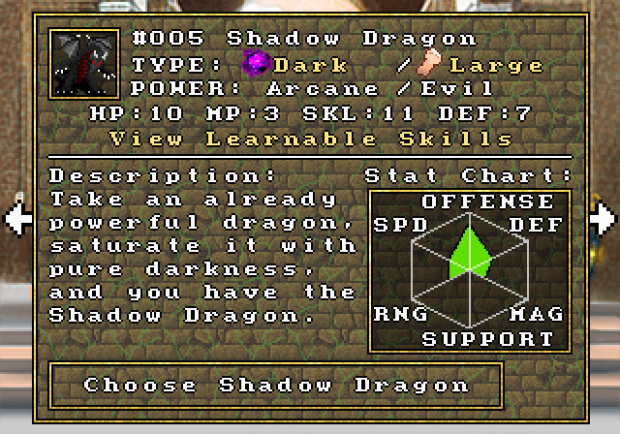 Stat Charts which show brief info about followers. Shadow Dragons have great offensive damage and some range, but their defense is low and they have no support magic.

Additionally, I've made some tweaks and improvements to part one, including stat charts which give you an idea of how to use followers at a glance. A lot of the items in locations are now protected by enemy groups as well, so you can't just wander and plunder. Now it should be easier to learn how to use new followers and figure out which followers you wish to convert, but it will also be tougher, with more battles and less items to get you through battles! 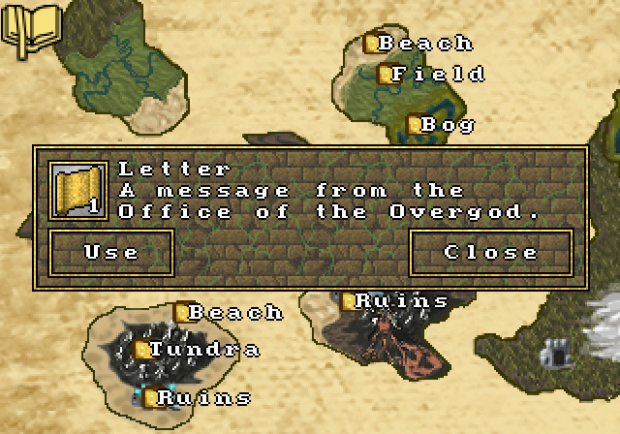 A letter from the Office of the Overgod? What could it be? Maybe they've finally realized that you would be a better Overgod!

Look forward to future updates as we continue moving towards finishing the game! My estimate for the game's completion is still early next year (February or March), but I wont give a formal release date until we finish part four.