The ox and cart are the transport lifeblood that enable villages to restock their food and supplies. Take them on patrol or raids so you can capture resources from the Chanyu.

The ox and cart are the transport lifeblood that enable villages to restock their food and supplies. Take them on patrol or raids so you can capture resources from the Chanyu.

Transport
Use the cart to transport various types of resources :

Captured resources and adding to the food larder of a village is a great way to help moral and improve work productivity:

Taking pigs to another village: 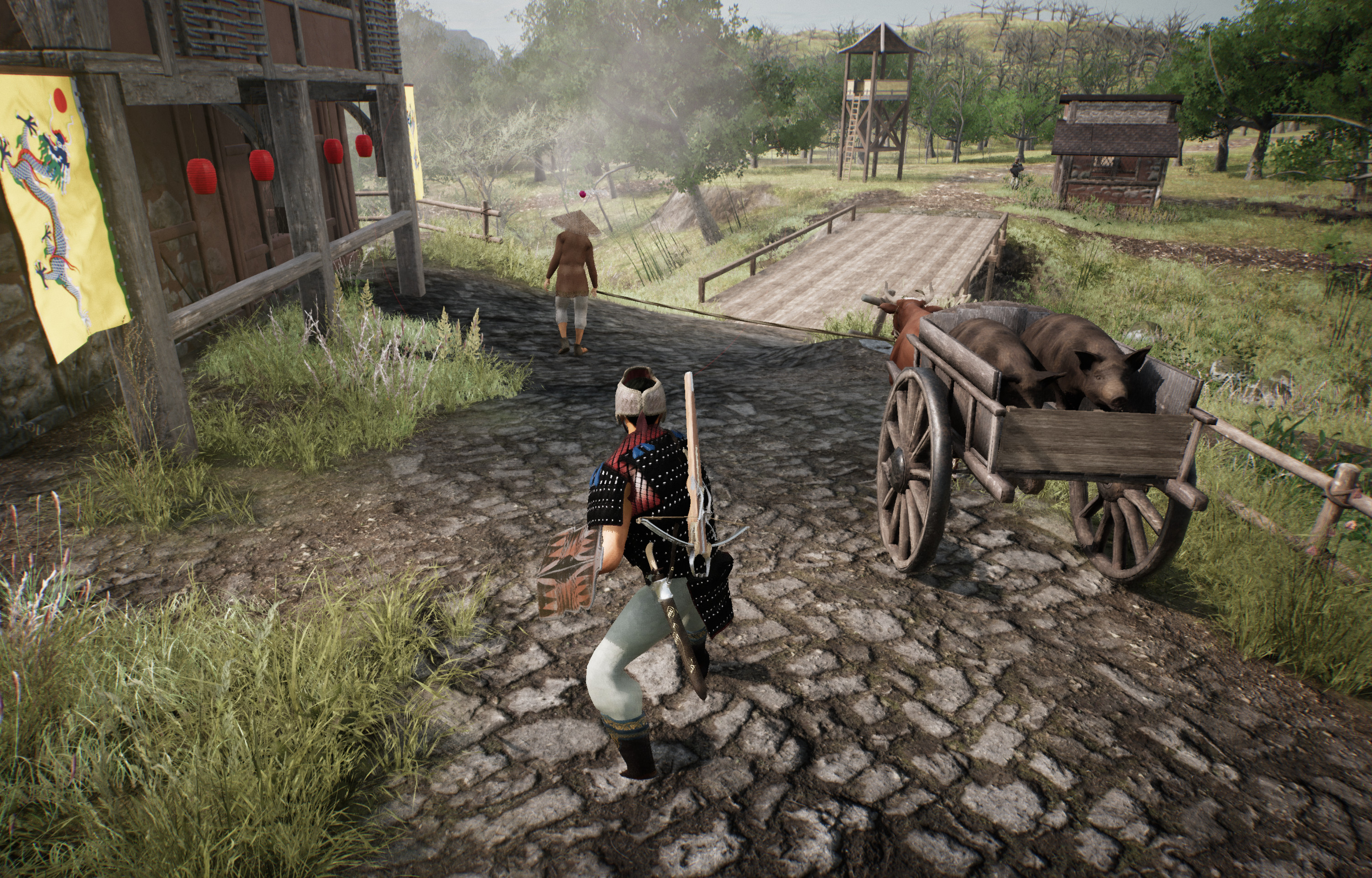 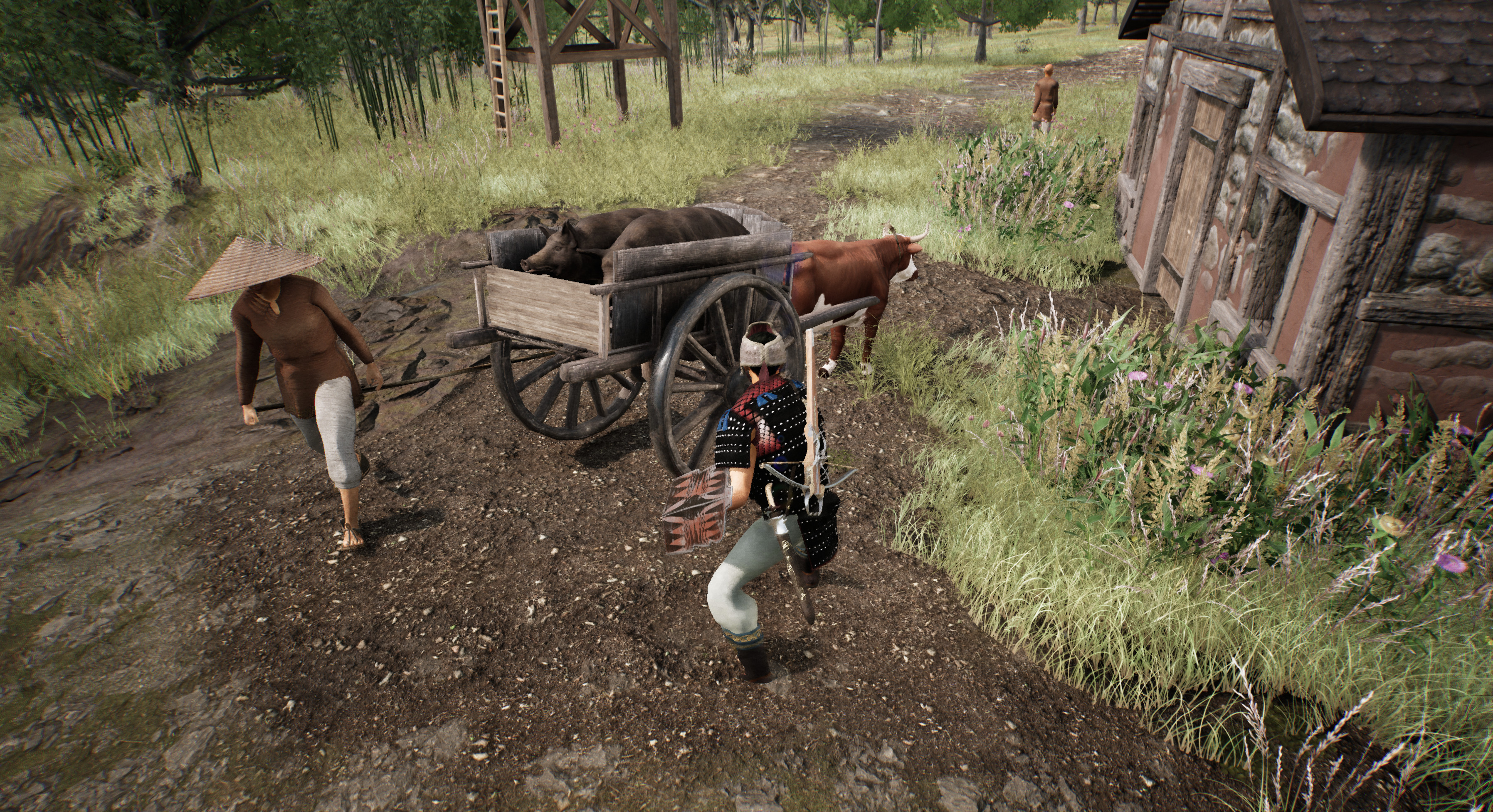 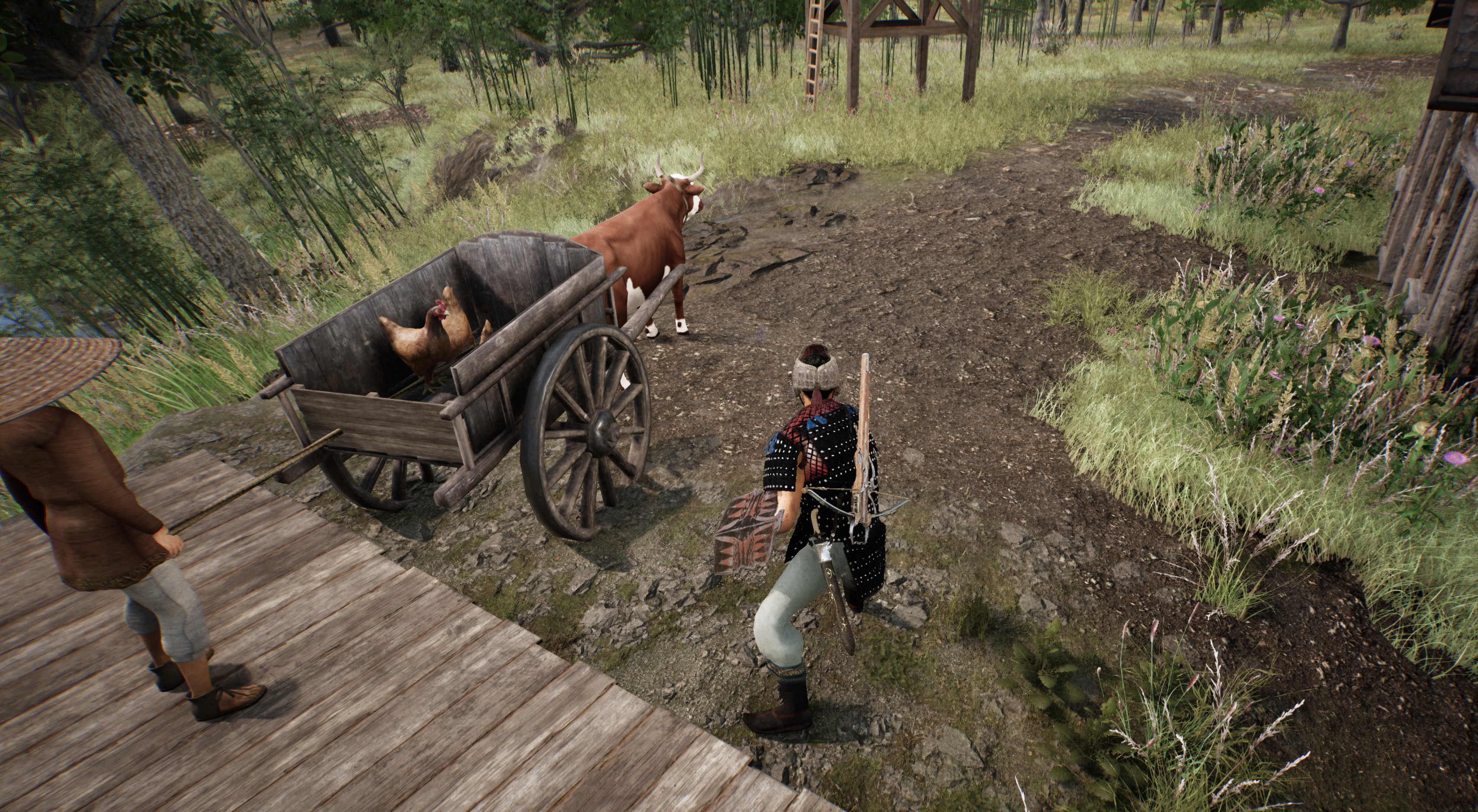 The Cart Driver
The cart driver is a specialist peasant who has the skills to handle the cart. The peasant walks with the cart and actions your commands. 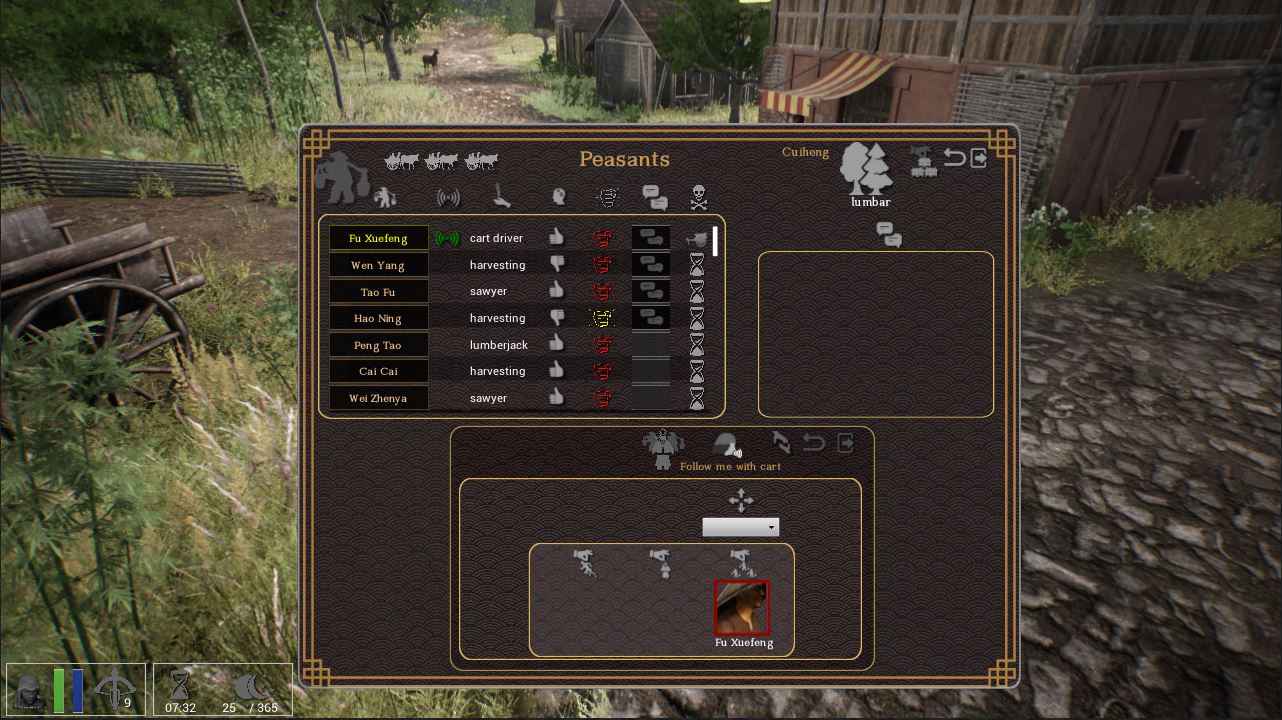 Conversation
Conversations with the AI are dynamic and the peasants will respond to you based on your questions and what they are doing. So if you meet the same peasant and ask the same question at different times you may get different but relevant responses.

Also as their attitude influences a response, they may not always be truthful. 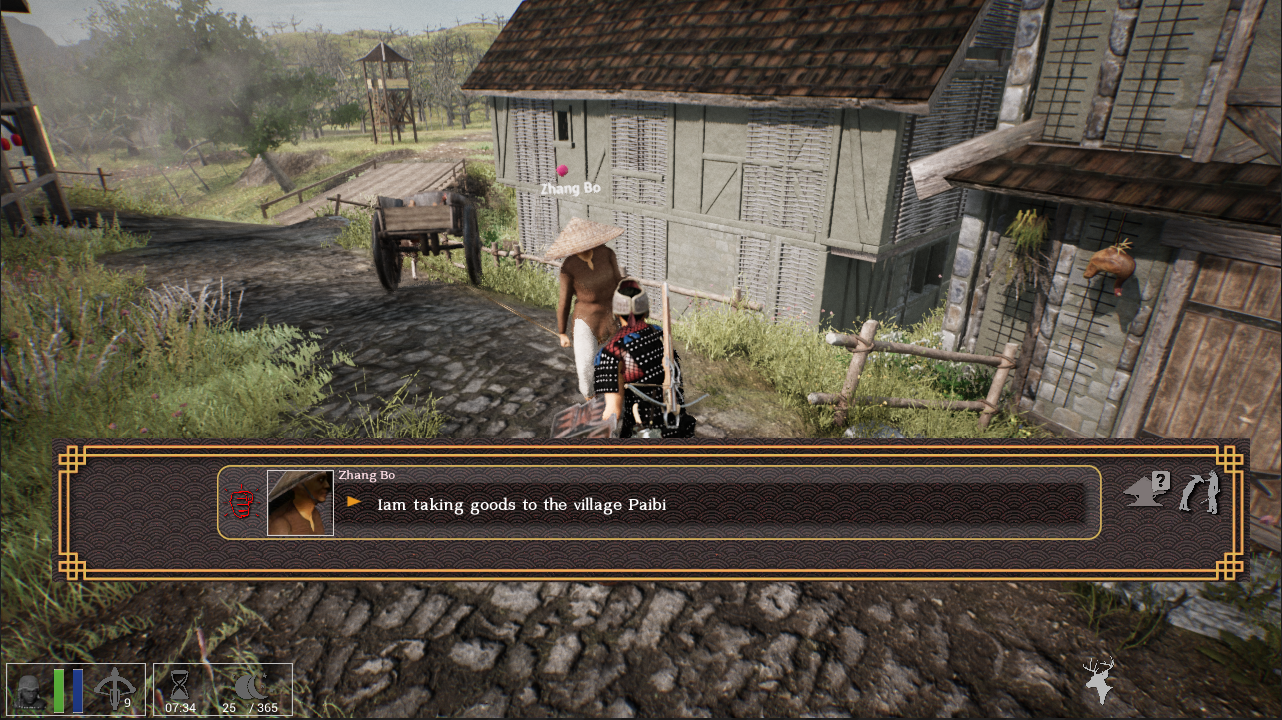 Patrols
The game map has been updated although not yet complete (no enemy territory as yet). We've created an ability to create patrols and set a route for the warriors to take.

You can also set waypoint markers (red pins) so the patrol performs a specific task when they reach them. As patrols have an estimated time to complete you can see an estimate as to their progress. 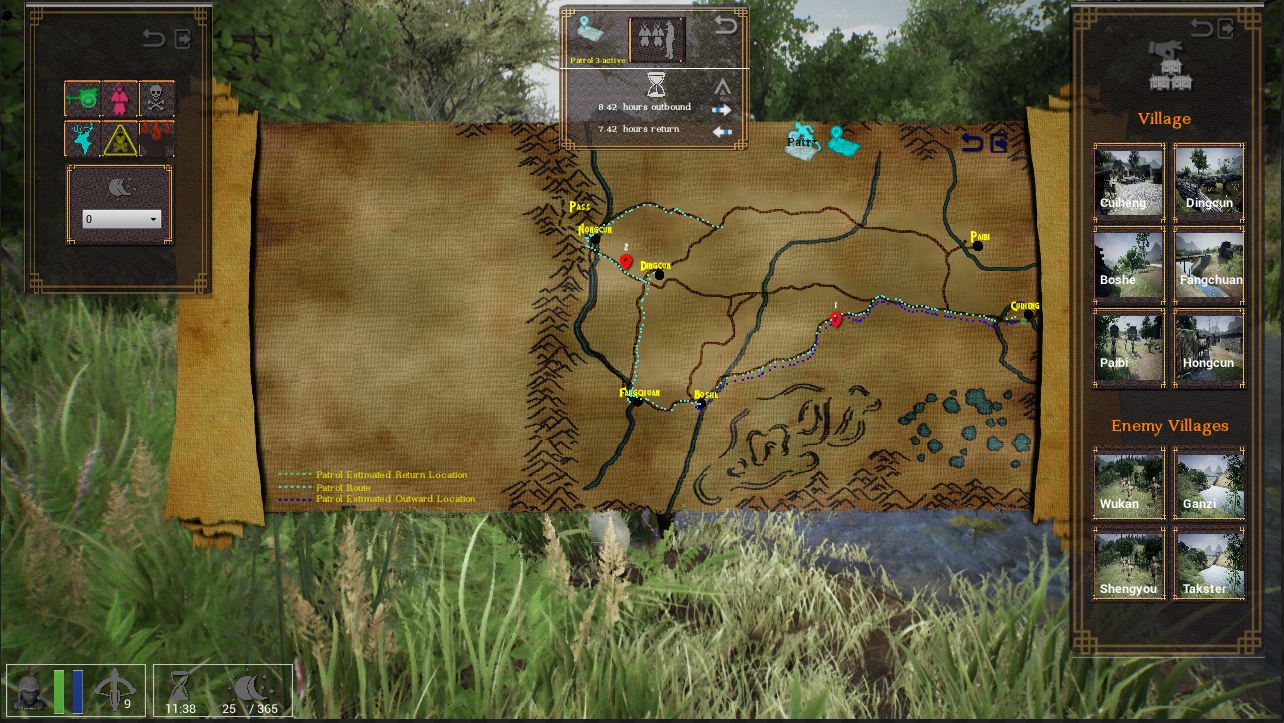 Events
The events peasants or warriors on patrol experience or see has been updated. You can order a patrol to directly investigate an event. Map showing the location of dead bodies, where a peasant has seen a warrior, a cart and deer.

Dead bodies probably indicate enemy so it may be worth sending a patrol to investigate ... or take some warriors and go and investigate for yourself. 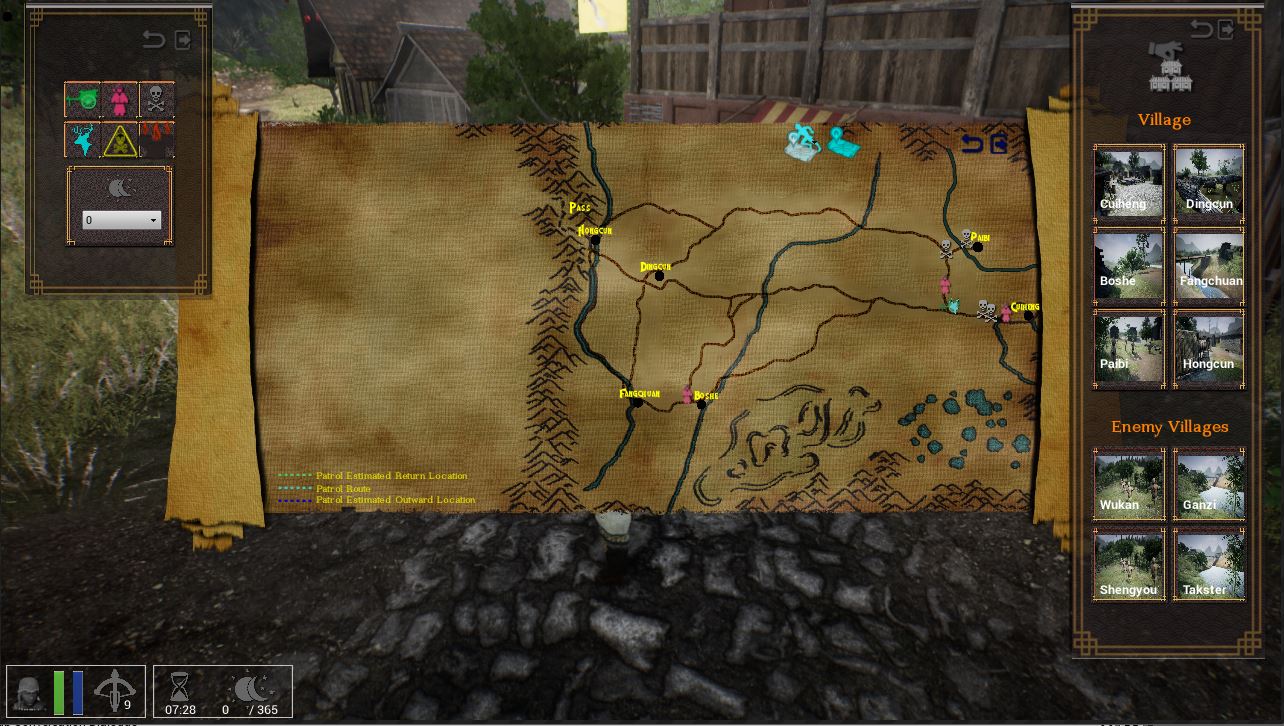